Planned Parenthood president Cecile Richards’ resignation prompted celebration from pro-life leaders across the country and speculation about the direction a new leader might take the nation’s largest abortion provider. While some pro-lifers suggested the organization could refocus its efforts on supporting women, rather than killing their babies, most hold out little hope for radical change.

The Center for Medical Progress (CMP), which exposed the abortion giant’s ties with the fetal tissue trade in an undercover sting operation in 2015, called Richards “the most devoted practitioner of Planned Parenthood’s ‘out of sight, out of mind’ mantra to cover up their barbaric abortion business from the public.” CMP suggested Richards’ resignation proved that strategy’s failings, especially as the FBI investigates whether Planned Parenthood violated federal law by providing body parts from aborted babies to tissue traders who sold them to researchers at inflated prices.

With her sudden resignation and the FBI knocking at the door, CMP founder David Daleiden speculated Richards might be attempting to preserve her own options by jumping from a sinking ship. Alternately, he wondered whether the abortion business has seen the writing on the wall and is moving to “shed themselves of some of the most culpable individuals.”

Either way, Daleiden has little hope her departure signals positive change. He insisted that while Richards served as the face of the organization, “abortion doctors are really the power behind the throne at Planned Parenthood.”

He told me “it will be interesting to see if they replace her with someone of that same kind of mold who will continue that kind of Cecile Richards public relations strategy, or if they’re going to really double down and finally let the most radical of the abortion doctor captains finally steer the ship. I think that’s the direction they might go in, because that’s where a lot of their rhetoric [is] leading them right now.”

Despite the general air of skepticism, many pro-life activists still hope for change. Live Action founder Lila Rose urged her Twitter followers to pray for Richards’ conversion. Others honed in on the decrease in healthcare provided by Planned Parenthood under Richard’s leadership—calling for the organization to turn over a new leaf.

“Under the leadership of Cecile Richards, Planned Parenthood has grown to push one agenda—abortion above all else—while throwing aside any inkling of actual medical care,” said Concerned Women for America president and CEO Penny Nance. “If Planned Parenthood is serious about standing up for the women they claim to represent, they will hire someone who understands medicine and understands the facts that abortion does not help women but only inflicts harm and destruction.”

Abby Johnson, who worked as a Planned Parenthood facility director before founding the pro-life organization And Then There Were None, lamented that Richards “leaves a trail of misery in her wake” and called Planned Parenthood “an organization that has eschewed healthcare in favor of building a political movement by serving 670,540 less patients since 2006.”

Americans United for Life president and CEO Catherine Glenn Foster took a similar tone: “It seems that America’s abortion giant, under Ms. Richards’ leadership, cares less about providing vital healthcare to women in need and more about lining their pockets.”

Planned Parenthood has performed millions of abortions since Richards began her tenure as president in 2006. She boosted the organization’s image, power, fundraising, and organizing capabilities but faced constant opposition from pro-life state lawmakers across the country. Support for abortion also declined during Richards’ tenure, with pro-lifers slowly winning the argument, especially among young people, for the need to protect unborn babies. 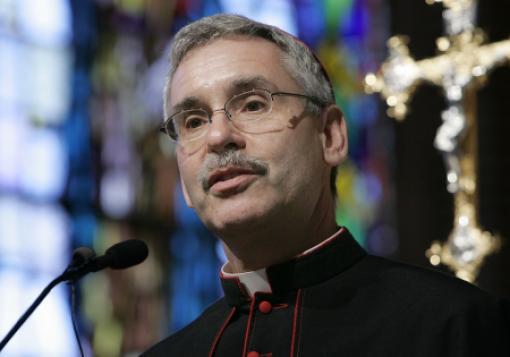 In April 2016, as one of the state’s lethal injection drugs was about to expire, Arkansas Gov. Asa Hutchinson, also a Republican, scheduled eight executions in 11 days. Taylor’s Diocese of Little Rock appealed for clemency. Rutledge pushed to keep the executions on schedule. In the end, prison officials executed four of the eight inmates. Three won stays and Hutchinson granted one clemency.

In an open letter, Taylor criticized Rutledge as “decidedly not an appropriate pro-life speaker” and argued for respect for all human life: “The Church teaches a consistent ethic of life in which human life and human dignity must be protected from the first moment of conception to natural death and every stage in between.” —A.S. 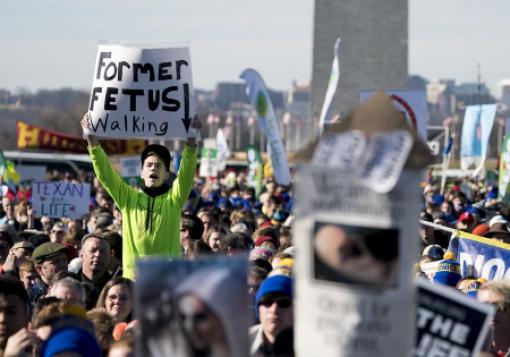 A new poll released this month by the Marist Institute for Public Opinion and the Knights of Columbus found 76 percent of Americans, including 60 percent of those self-identifying as “pro-choice,” support significant abortion restrictions. Their definition for “significant restrictions” includes allowing abortions only during the first three months of pregnancy, to save the life of the mother, or in cases of rape or incest.

The poll, which surveyed 2,617 people, found 60 percent oppose using tax dollars to pay for abortion, including the majority of independents and 43 percent of Democrats. It also found 56 percent of Americans believe abortion is morally wrong, and 52 percent believe that having an abortion does more harm than good in a woman’s life, in the long run. —A.S.

Utah lawmakers voted last week to advance a bill that would make it illegal for abortionists to kill a baby because of a Down syndrome diagnosis. The bill also requires obstetricians to provide a consultation, relevant information, and a referral to a specialist to pregnant women whose unborn children have tested positive for Down syndrome. Democrats argue courts will eventually rule the bill unconstitutional. Precedent suggests otherwise. In December 2017, Ohio became the latest state to pass a Down syndrome abortion ban, joining Indiana and North Dakota in adopting the protections. Illinois lawmakers recently introduced a similar bill for consideration. —A.S.

The National Right to Life Committee (NRLC) released its annual report this month, highlighting Planned Parenthood’s rising profits, even as the overall number of U.S. abortions continues to decline. According to the report, abortions in the United States have decreased by 23 percent since 2008. But Planned Parenthood in 2017 posted nearly $100 million in profit out of nearly $1.5 billion in revenues. While nationwide abortion rates have fallen by nearly a quarter, the abortion giant’s abortion rates have only decreased marginally, showing the organization capturing a larger share of the market. Planned Parenthood’s own annual report, also released this month, emphasizes its growing donor base, legislative wins, and health and education services, although those continue to decrease every year. —A.S.