Why rebels kidnapped 80 children in Cameroon

The students have returned home, but fighting continues over representation

Kidnappers in Cameroon have released 80 children and two staff members who were taken from a Presbyterian boarding school, but the violent separatist unrest in the country’s Northwest Region persists.

Last Wednesday, two days after the kidnapping, the abductors returned 78 of the students to a church in the village of Nkwen near Bamenda, the regional capital. The Rev. Fonki Samuel Forba, who leads the Presbyterian Church in Cameroon, said on Monday the kidnappers released the last two students, a teacher, and the school’s principal, stressing, “I can authoritatively tell you that we did not pay any ransom to secure their freedom.”

One of the rescued children told The Guardian the kidnappers made them walk through the night. “We didn’t know if they would kill us or not,” he said. “The [captors] said their only problem is that we were in school.”

Cameroon’s Northwest Region is the center of clashes between security forces and English-speaking separatists who complain of marginalization. The unrest began as peaceful protests in 2016 when English-speakers, who make up 20 percent of the country’s population, demanded more representation in schools and courts.

But the government’s violent crackdown gave steam to separatist groups, who now call the region the independent state of Ambazonia. Between five and 20 separatist groups operate in the Northwest and Southwest regions. Amnesty International estimated that violence by both separatists and security forces has killed up to 400 people since the unrest began. In two recent attacks, separatists chopped off the fingers of workers at a state-run rubber plantation after they defied an order to stay away.

The separatists have also burned down at least 100 schools to protest educators’ use of the French language. Students and teachers also were driven from buildings that were then turned into training grounds.

A day after the boarding school kidnapping, one of the separatist groups, called the Amba Boys, claimed responsibility in a video posted online. But a second rebel group, Mo Risc, blamed the attack on the government, claiming there was a “glaring French accent” in the video. Another group, the Ambazonia Governing Council, in a statement condemned the attack as the work of “infiltrators and saboteurs working directly or indirectly for the Cameroon oppressive regime.”

Mathel Majum, one of the rescued girls, told CNN the kidnappers assured them they would be released but warned them not to return to school. “They told us not to worry and feel free with them,” she said. “We never lacked food.”

Tanda Theophilus, a fellow for the Africa Program at the International Crisis Group, said the separatists’ focus on schools and businesses is an attempt to keep the movement alive.

“The intensity of the crisis is based on the fact that schools stopped at some point, and it goes down to a general strike of staying home on Mondays,” Theophilus said. “The separatists think if schools resume normally and the ghost town stops, their fight will have a lot of limitations.”

Joseph Achuo, a pastor at Harvest Bible Chapel in Bamenda, told me the unrest has brought severe restrictions. Authorities imposed a 6 p.m. to 6 a.m. curfew on the city, and armored vehicles and armed security forces continue to patrol the streets. Achuo moved his three children to a school outside the region because of the danger.

It also disrupted religious activities, and his church canceled evening prayer meetings. “We had to move them earlier in the day, but nobody comes,” he said. “The church is less than half its regular attendance.”

Theophilus called for an inclusive dialogue that would begin by identifying and uniting the demands of the multiple separatist groups. Religious leaders in the country scheduled a conference next week to harmonize the demands of the English-speakers and put pressure on the government.

“That’s why we call on the international community to mount pressure on the government and separatists to make sure it takes place,” Theophilus said. 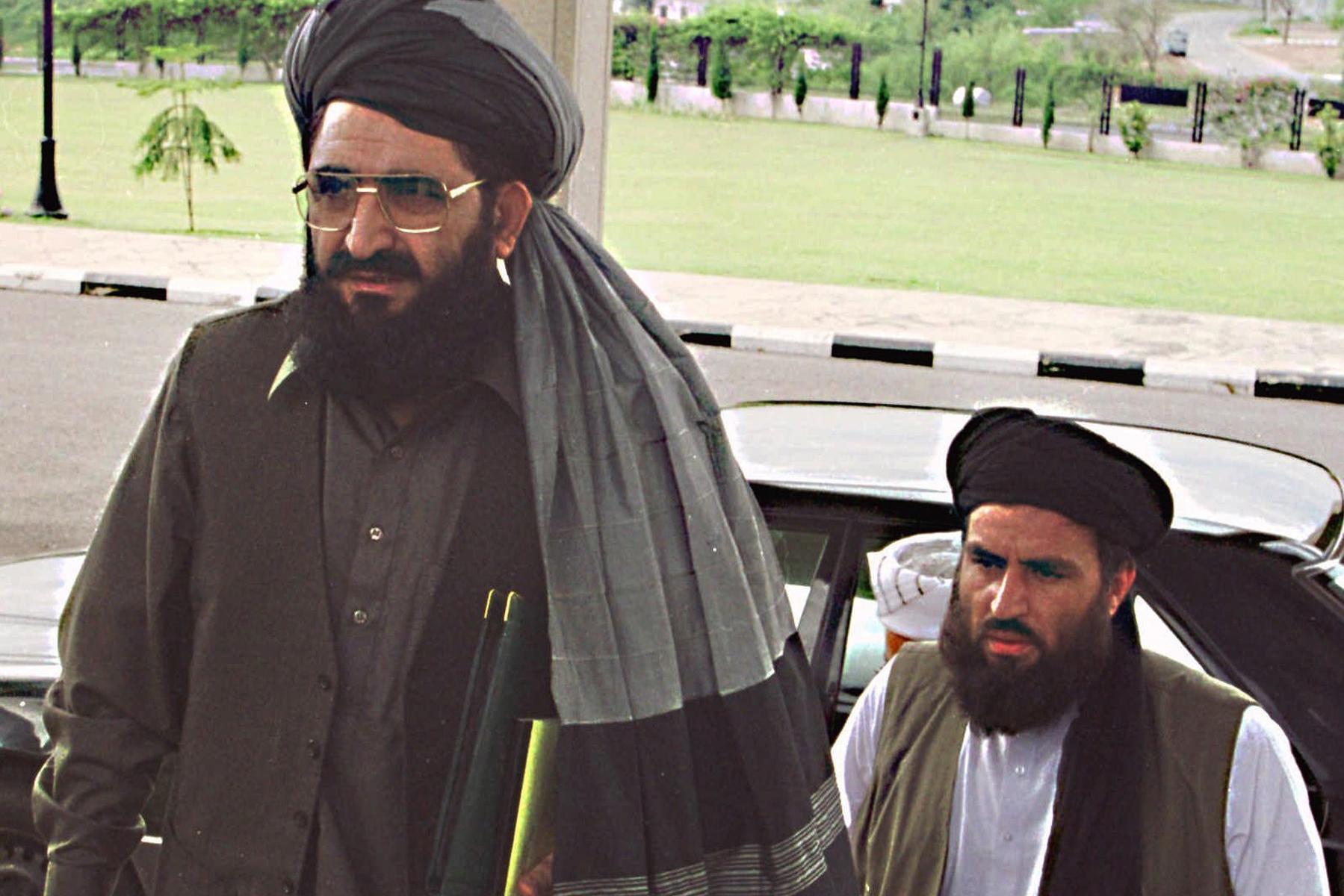 Hakim Mujahed (left), one of the five released Taliban members, in Islamabad in 1998 Associated Press/Photo by B.K. Bangash

The Afghan Taliban has reinstated five members released in a prisoner swap for U.S. Army Sgt. Bowe Bergdahl. Taliban spokesman Zabihullah Mujahid said the men officially joined the peace negotiating efforts of the Taliban’s political office in Qatar. The United States released the five men from detention in Guantanamo Bay, Cuba, in 2014 in exchange for Bergdahl, whom the insurgents captured in 2009 after he wandered off a U.S. base in Afghanistan.

The move is the latest step in the search for a peaceful end to the 17-year war in the country. Last month, a U.S.-appointed envoy, Zalmay Khalilzad, met with Taliban officials in Qatar for preliminary talks. In another concessional move, Pakistan released senior Taliban leader Mullah Abdul Ghani Baradar, following a visit by Khalilzad to the country.

Bill Roggio, a senior fellow at the Foundation for Defense of Democracies, called the efforts a “farce” that only stand to legitimize the Taliban further. “I think it’s a desperation effort by the U.S. and NATO to end the war that’s going quite badly for them,” he said. “The Taliban has said for years that before anything can be done, the U.S. and Western forces must leave.” —O.O. 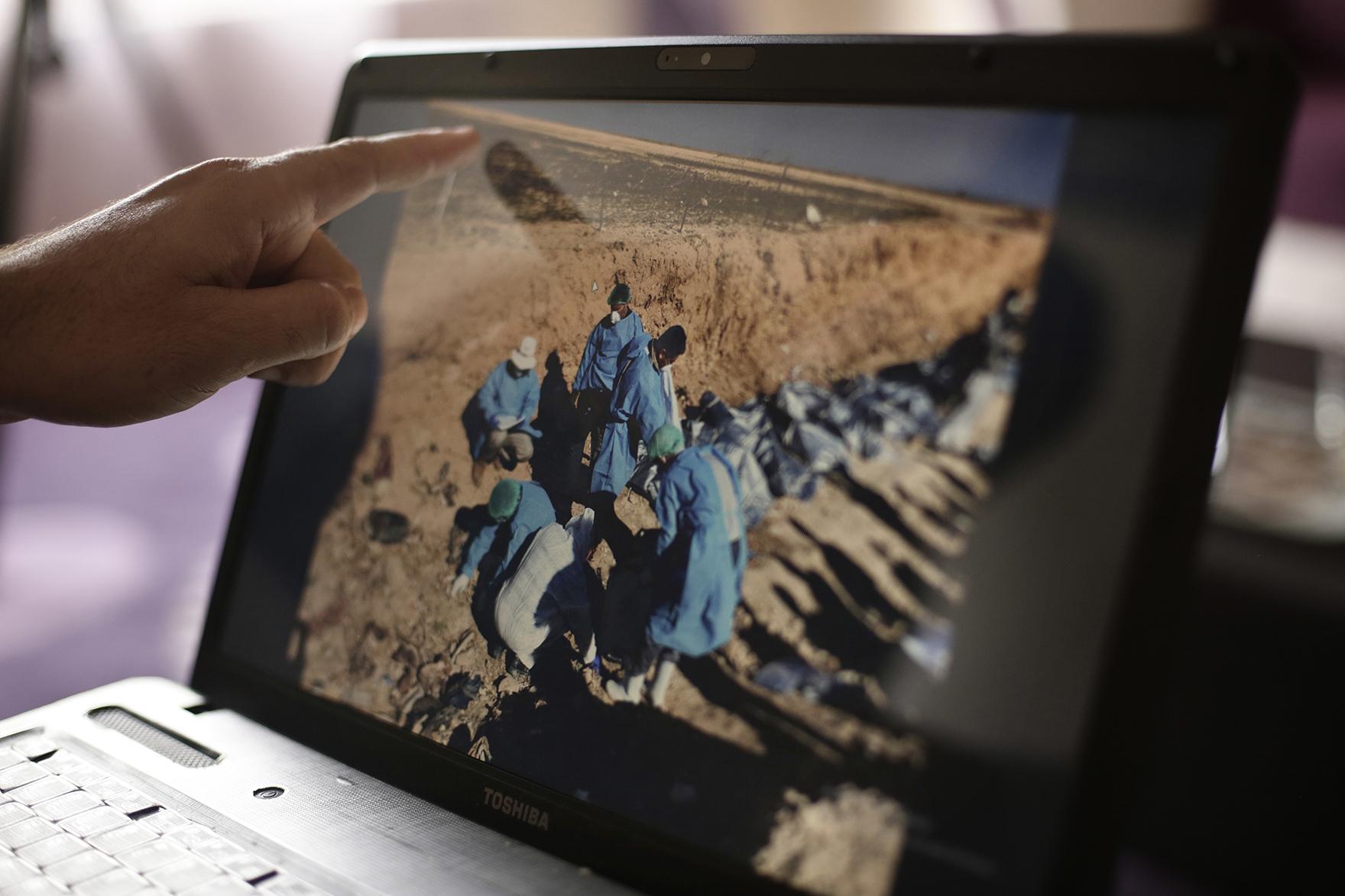 Hakim Mujahed (left), one of the five released Taliban members, in Islamabad in 1998 Associated Press/Photo by B.K. Bangash

Investigators found more than 200 mass graves in Iraqi regions formerly controlled by Islamic State (ISIS or ISIL), the United Nations human rights commission said in a report. The graves, which are located across the governorates of Anbar, Kirkuk, Nineveh, and Salahuddin, include as many as 12,000 victims. The toll could be higher because the extremists sometimes dropped their victims into sinkholes or wells.

The report said the Iraqi Mass Graves Directorate has so far exhumed 1,258 bodies from 28 of the graves. The UN called for the bodies to be identified and returned to their families. “Truth, justice, and reparations are critical to ensuring a full reckoning for the atrocities committed by ISIL,” said Michelle Bachelet, the UN high commissioner for human rights.

Investigators said ISIS committed the killings between 2014 and 2017, when the group controlled large swaths of the country. In December 2017, Iraq declared victory over ISIS, but the group continues with sporadic attacks. —O.O.

Unidentified assailants shot and killed human rights lawyer Benjamin Ramos last week in the central Philippines. Ramos was the 34th attorney or judge murdered since President Rodrigo Duterte took office, according to the National Union of Peoples’ Lawyers. Before the shooting, Ramos and others had been listed on posters accusing them of being communists, according to The Philippine Star.

Amnesty International called the killing a “new low in the worsening culture of impunity in the Philippines.” Legal and human rights groups demanded an immediate and thorough investigation into his killing and others like it. —Julia A. Seymour