Why not fight for abortion survivors?

WASHINGTON—A congressional act that would protect babies who survive abortion attempts needs just 17 more signatures from lawmakers to advance in the House. Last week, pro-life Republican representatives urged voters to call their representatives and ask them to sign onto the effort if they haven’t already.

“Ask them if they’ve signed the discharge petition, and, if not, why don’t they want it to come up to a vote on the House floor?” House Minority Whip Steve Scalise, R-La., said at a hearing on the bill last week. “We know there are people who have survived abortions.”

The bill, called the Born-Alive Abortion Survivors Protection Act, would require doctors to give babies who survive abortions the same level of medical care as they would any other infant of the same gestational age. Current law says a baby who survives an abortion is a person, but it does not impose penalties on abortionists who fail to treat abortion survivors. This law requires the transportation of newborns to a hospital for care.

Rep. Ann Wagner, R-Mo., introduced the bill in February, but Democrats have blocked GOP requests to bring it to a floor vote 80 times since then. In the Senate, Democrats blocked the legislation from passing in February. In April, Scalise filed a discharge petition that would allow the bill to circumvent House leadership and come to the floor for a vote if a majority of lawmakers (218) signed it. Only three Democrats support it: Reps. Dan Lipinski of Illinois, Ben McAdams of Utah, and Collin Peterson of Minnesota. The petition has signatures from all 197 Republicans and one independent.

At a hearing Tuesday, former abortion workers explained the need for a law to protect abortion survivors. Nurse Jill Stanek said she witnessed abortion survivors being left to die while working at Christ Hospital in Oak Lawn, Ill., more than 20 years ago. Once, one of her co-workers took a baby boy aborted between 21 and 22 weeks of gestation to the soiled utility room because his parents did not want to hold him. “I couldn’t bear the thought of this suffering child dying alone,” she said. She went and held the baby, who had Down syndrome, in her hand until he passed away. “After he was pronounced dead, I folded his little arms across his chest, I tied them together with a little string. I wrapped him in a shroud, and I took him to the morgue where we took all of our dead patients,” she said.

Stanek noted that if the Born Alive legislation had been in place, a team of four medical specialists would have rushed to the baby’s side to provide care.

Several lawmakers emphasized this bill does not restrict abortion but focuses on providing care for babies—something Wagner said all lawmakers should support. But House Speaker Nancy Pelosi would not even let lawmakers use a regular committee hearing room for the hearing, so they and pro-life advocates packed a room in the U.S. Capitol Visitor Center.

Robin Pierucci, a medical director of a neonatal intensive care unit, said at the hearing that medical care cannot guarantee the survival of very fragile infants. But they have a constitutional right to receive care anyway.

“Every baby who is born alive at every gestational age should receive the same standard of medical care,” Pierucci said. “There is no such thing as a human being worth less than another.” 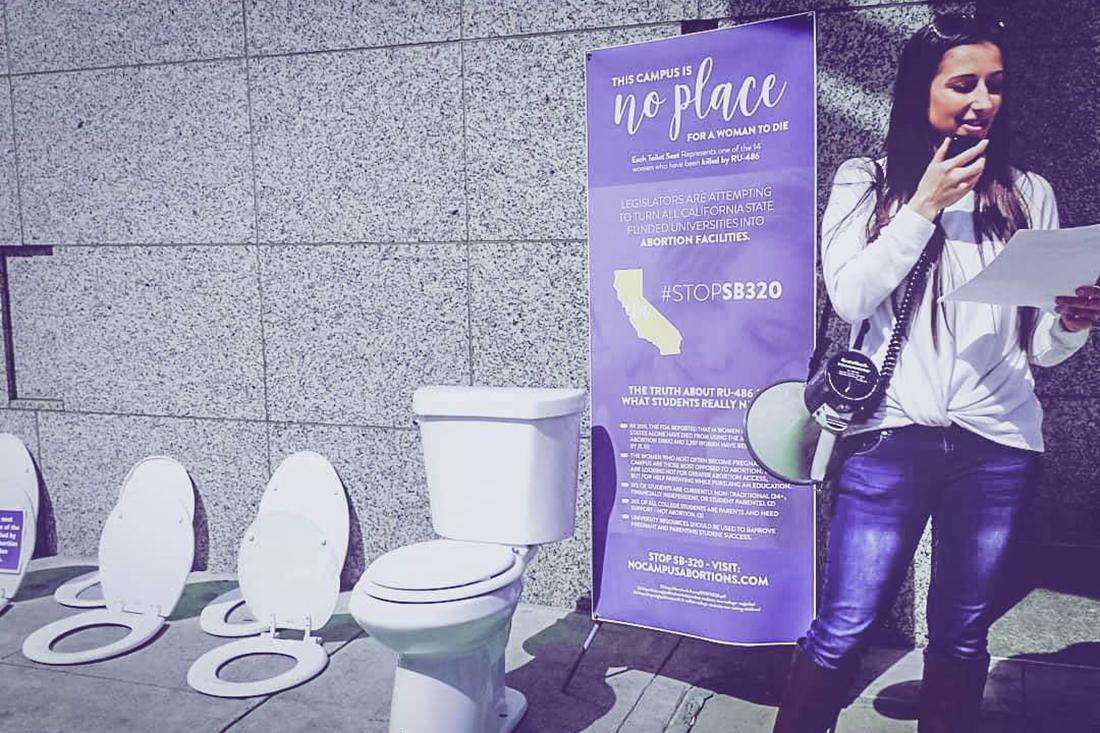 California: The State Legislature has approved a bill requiring health centers at state-run universities to dispense abortion-inducing drugs to students. Former Gov. Jerry Brown, a Democrat, vetoed a similar effort last year, but current Gov. Gavin Newsom, also a Democrat, has said he will sign it. “These toilet bowl abortions would create havoc on campuses, as girls are sent to their dorm bathrooms to bleed and pass an aborted infant in a toilet, without medical supervision or assistance,” Students for Life of America President Kristan Hawkins said.

Illinois: The Will County Sheriff’s Office is investigating why a deceased abortionist kept 2,246 medically preserved fetal remains in his home. Family members made the grisly discovery after Ulrich Klopfer died this month. They don’t think he performed abortions at home but aren’t sure why he was storing the remains of aborted babies. Klopfer worked as an abortionist in South Bend, Ind. —Lynde Langdon

A joyful reason to remember

“She comes in on 9/11,” Malone-Brown told The Commercial Appeal. “There was so much devastation but she’s bringing all this joy and life into the world, because everybody’s been waiting on her.” —L.L.