The international organization can wield influence but not authority

The World Health Organization wants countries to put the kibosh on all research that would edit the genes of human embryos, called germline editing.

“Regulatory authorities in all countries should not allow any further work in this area until its implications have been properly considered,” WHO Director-General Tedros Adhanom Ghebreyesus said in late July.

WHO recommendations don’t carry the force of law, but Carolyn Brokowski, a bioethicist at Yale Medical School, told Wired they nonetheless have weight. “Given the uncertainty at this time, it would be unfortunate for any country or institution to do anything that’s contraindicated by the WHO,” she said. “Overall, I expect it to put a damper on enthusiasm for moving forward with this technology.”

In November, Chinese scientist He Jiankui announced he had used the gene-editing technology known as CRISPR to produce the first gene-edited babies, twin girls. He also claimed he modified the genes of another embryo and implanted it, but the mother had not yet given birth. China has not disclosed any further information about that baby.

Adding to the growing concern, Russian scientist Denis Rebrikov, head of a genome-editing laboratory at Russia’s largest fertility clinic in Moscow, announced in June that he plans to produce gene-edited babies by the end of the year, according to an article published in Nature.

The U.S. government has banned the Food and Drug Administration from reviewing or funding any clinical trials that involve the genetic modification of human embryos, in part because they can be passed on to future generations and lead to unknown and unintended consequences. As with all embryonic research, these experiments also involve the destruction of numerous human embryos.

Because CRISPR is relatively inexpensive and simple to use, rogue scientists could easily order the necessary components online and edit the genes of embryos in underground labs—something WHO cannot prevent. But at least the scientific community has been put on notice, Jennifer Doudna, CRISPR’s co-creator, told Wired. “It becomes increasingly hard for anyone to claim that they didn’t know or were somehow operating within the published guidelines,” she said.

Margaret Hamburg, co-chair of a WHO advisory committee on the issue, said a vague moratorium is not the answer. The committee plans to work on developing a comprehensive global governance framework to prevent “irresponsible and unacceptable uses of genome-edited embryos to initiate human pregnancies,” she said at a news conference in March. Hamburg expects the process to take about 18 months.

The WHO committee plans to evaluate its plans at a meeting in Geneva later this month. 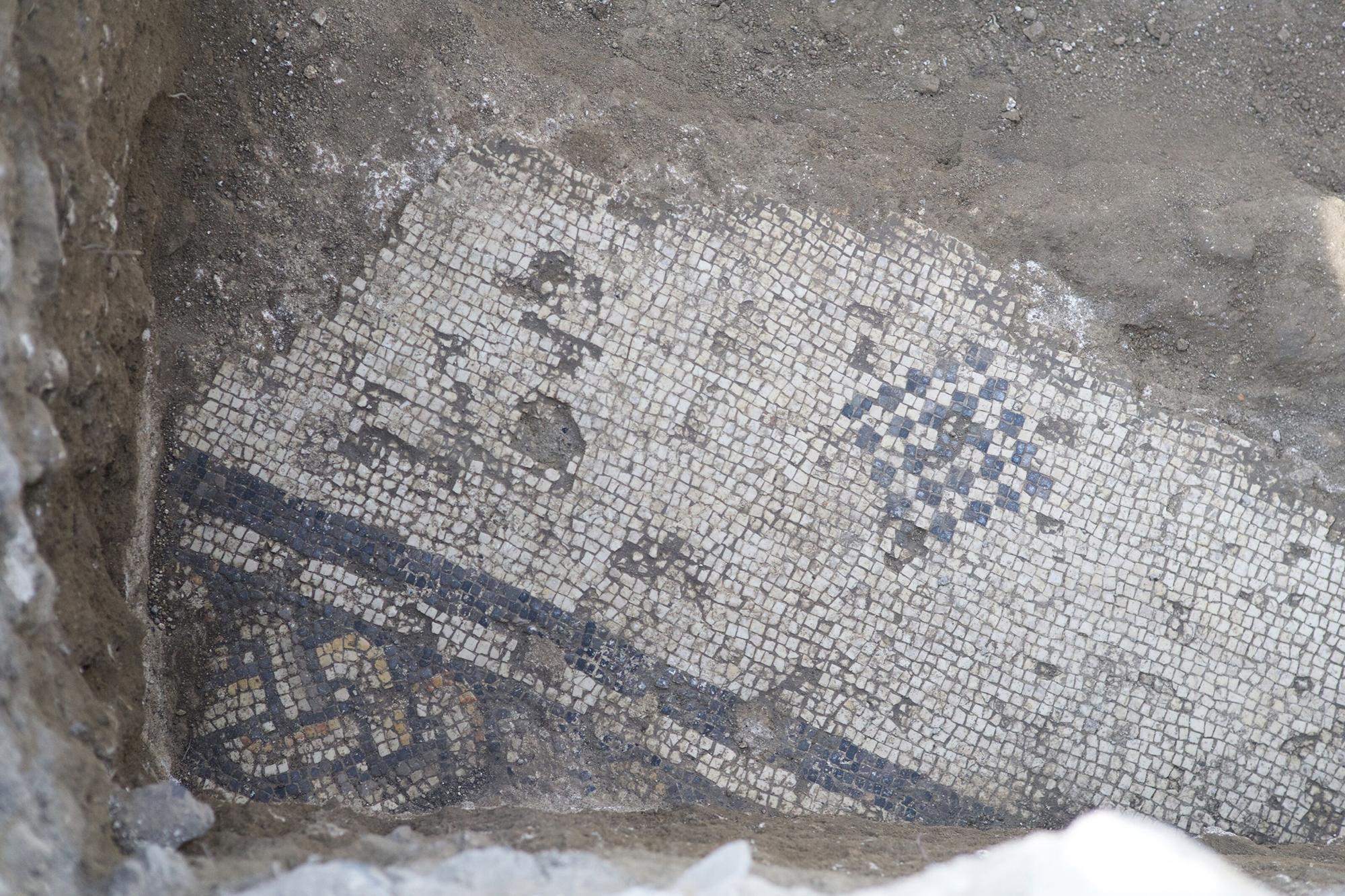 A floor mosaic at an archaeological site believed to be the Church of the Apostles in Bethsaida, Israel Center for the Study of Ancient Judaism and Christian Origins

A team of U.S. and Israeli archaeologists believe they have unearthed the Church of the Apostles, a Byzantine-era structure reportedly built over the house of Peter and Andrew, two of Jesus’ Twelve Apostles.

The scientists believe the dig, near the northern shore of the Sea of Galilee, is the site of the ancient Jewish fishing village of Bethsaida, which Philip, another of Jesus’ apostles, also called home. Jesus went there often, and the New Testament mentions Bethsaida several times. Mark 6 describes Jesus walking on water to the disciples as they floated toward the village in a boat.

So far, archaeologists have excavated only the southern rooms of the church. The ornate mosaic floors, a fragment of a marble chancel screen decorated with a wreath, and gold gilded glass tiles in a wall mosaic all suggest a grand and impressive structure once stood at the site.

Until the recent discovery, many scholars questioned the existence of the Church of the Apostles, even though it is mentioned in Byzantine pilgrimage reports, Steven Notley, director of Nyack College’s Ancient Judaism and Christian Origins program in New York City, told Fox News. He said the building of a church over the home of Peter and Andrew shows the early Christian community maintained a “living memory” of the location of Bethsaida. —J.B. 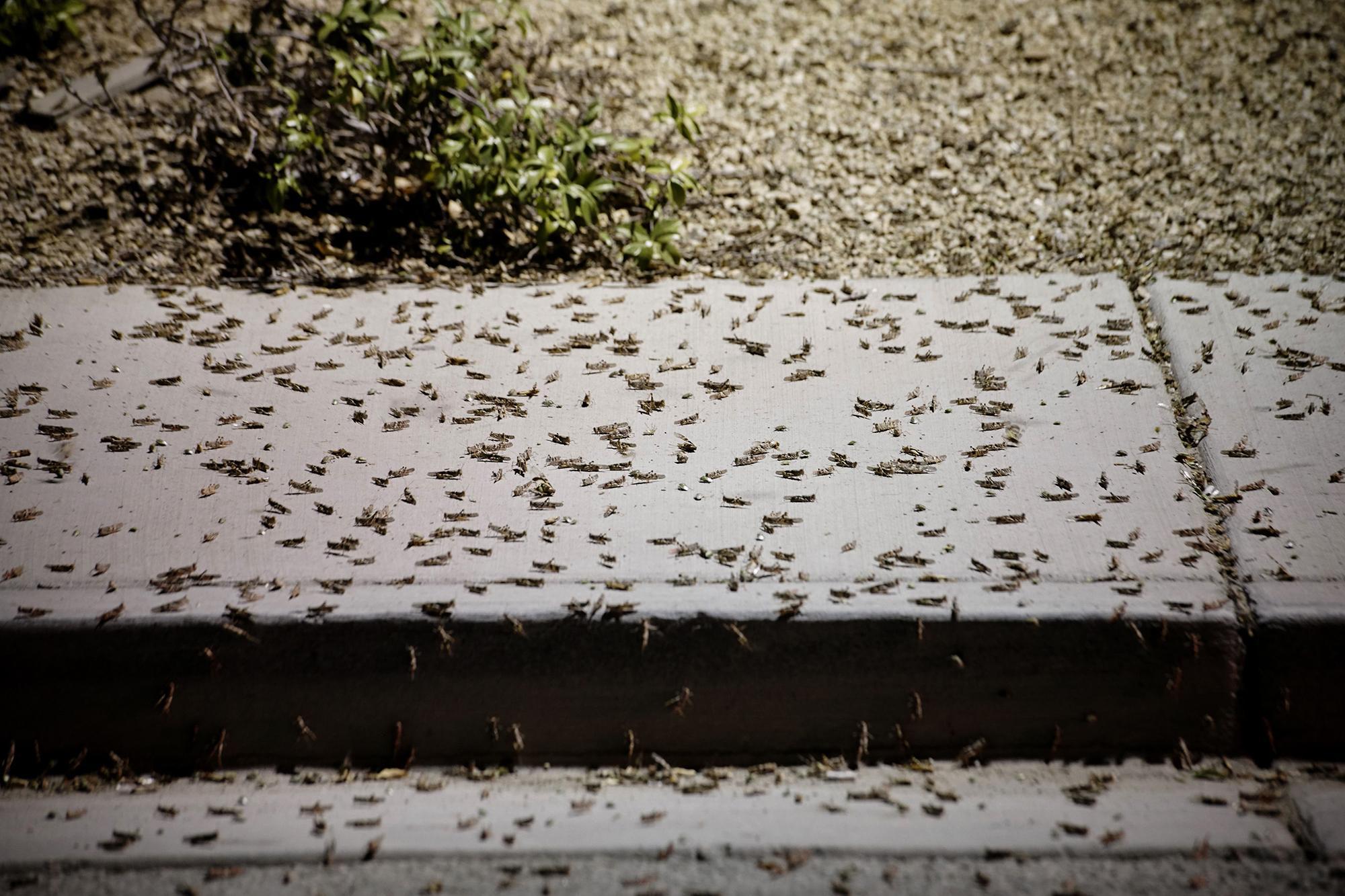 A floor mosaic at an archaeological site believed to be the Church of the Apostles in Bethsaida, Israel Center for the Study of Ancient Judaism and Christian Origins

But unlike the plagues described in the Bible, which involved destructive swarms of locusts that ate crops and trees, these pallid-winged grasshoppers are harmless, according to Nevada state entomologist Jeff Knight. They don’t carry disease or bite and probably won’t damage any yards. But, as shown in this NBC News video, they do create a pesky situation.

Unusually wet weather likely encouraged the insect invasion, which began in late July. So far in 2019, Las Vegas has recorded more rainfall than it usually receives all year. White lights tend to draw the grasshoppers, hence the attraction to Las Vegas.

Records show six such outbreaks occurred in Arizona between 1952 and 1980. New Mexico, Utah, and California have also experienced similar invasions. Experts do not know when the insects will leave but estimate they could stick around for a few weeks. One Arizona outbreak lasted for two years.

On the bright side, the invasion has brought out the creativity in some local business owners. One pizzeria now offers a grasshopper-topped pizza called the “hopperoni.” The owner of one taco shop serves the crispy, roasted insects in tacos and with guacamole. —J.B.

Up in the sky

An asteroid bigger than New York’s Empire State Building will fly to within 4.6 million miles of Earth at a speed of about 10,400 mph on Saturday. Although the space rock, with an estimated diameter of 1,870 feet, will fly close enough to Earth that experts have labeled it potentially hazardous, there is no cause for concern, Lindley Johnson of NASA’s Planetary Defense Coordination Office told CNN. It’s “more or less benign,” he said.

Asteroid 2006 QQ23, as it is called, is one of about six similar-sized objects that pass by Earth every year. The solar system contains about 900 near-Earth objects that measure more than 3,280 feet across, according to NASA. The agency monitors those objects and, along with other space programs, is working to develop ways to deflect any asteroids that might pose a threat of impact. —J.B.

Move over self-driving cars, scientists in China just designed the first unmanned bicycle. The two-wheeled vehicle, described in a paper published in Nature on July 31, uses an advanced computer chip design called Tianjic to balance itself, respond to voice commands, and detect objects in real-time and steer around them. —J.B.