Who decides when life is worth living?

An Oregon man wants healthcare workers at his wife’s assisted-living facility to stop offering her snacks—the extra calories have boosted the Alzheimer’s patient’s wispy weight far enough from the edge of death to worry him once again.

Former librarian Nora Harris, diagnosed with Alzheimer’s disease in 2009, signed an advance directive that put her husband in charge of her medical decisions. The 64-year-old woman can no longer communicate coherently or feed herself.

Her husband Bill lost a court battle last year to force workers at Fern Gardens in Medford, Ore., to stop spoon-feeding her. He said her advance directive stipulates she wouldn’t have wanted her life to be prolonged and would prefer to die under such circumstances.

On two occasions her weight dropped low enough to require hospice care, but snacks provided by healthcare workers have allowed her to rebound from 90 pounds to about 103 pounds.

Her husband may take Fern Gardens to court again to force the staff to stop feeding her.

The renewed interest in the Harris case comes several months after Oregon lawmakers nixed a bill that pro-life advocates said would have allowed the dehydration and starvation of dementia, Alzheimer’s, and mentally ill patients.

Under current Oregon law, healthcare workers at nursing homes and assisted-living facilities must offer food to patients by cup or spoon. Patients can refuse the food, but they must be given the opportunity to eat.

Eric Foster, Nora Harris’ court-appointed attorney, previously countered Bill Harris’ claims in court, saying that Nora’s advance directive doesn’t mention spoon or cup feeding, only “artificial nutrition and hydration and all other forms of health care.” He noted that by opening her mouth and accepting food, “she has expressed her desire to satisfy her hunger by eating with and without help from the staff at Fern Gardens.”

Bill Harris said his wife isn’t choosing to eat, claiming she’s just opening her mouth involuntarily. But Alex Schadenberg, director of the Euthanasia Prevention Coalition, told me if a patient is still able to open his or her mouth for food and water, they are making a cognitive choice, even if they have a mental disability.

Schadenberg also pointed out that generally accepted healthcare ethical standards—as well as the Oregon law—don’t categorize spoon or cup feeding as a form of medical treatment.

“If it is seen as medical treatment, then we can basically dehydrate everyone to death, because true treatment is always optional,” he said. “I can’t force you to accept treatment, just like doctors can’t be forced to do treatment.”

A case similar to the Harris’ played out two years ago in Canada, where the British Columbia Supreme Court ruled against a man seeking to prevent his wife’s nursing home from spoon-feeding her. That court ruled that spoon-feeding is “personal care, not health care.”

Safeguards for spoon-feeding exist for now, but Schadenberg noted that medical ethics continue to shift.

“All these ethics have changed over time,” he said. “The concept of denying somebody tube-feeding because they might have a head injury or they might be in a coma, not too long ago it was considered just brutal and unacceptable. … It’s all a matter of time.”

Despite the temptation for doctors, caregivers, and insurance companies to offer a cheap, easy end to the life of a terminally ill or disabled person, Schadenberg said it’s important to steer away from “the radical secular humanist idea that all humans are not equal.” Disabled or terminally people, he said, “are no less human. They are no different than you and I, even though they have a physical reality that may be very difficult to accept. We are all equal.” 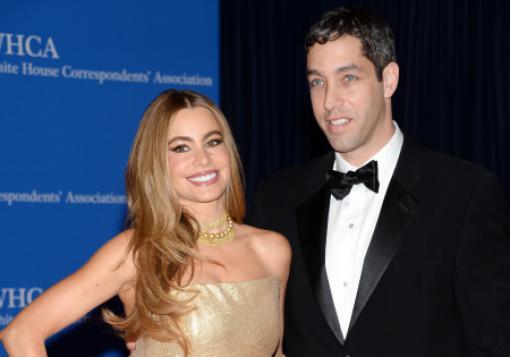 Mandy Rooks, a divorced mother of nine, is fighting her ex-husband in court over the custody of their six frozen embryos.

Her ex-husband wants to destroy the embryos, but Rooks wants to keep them alive. The Thomas More Society filed a friend of the court brief last week on behalf of the American Association of Pro-Life Obstetricians and Gynecologists in support of the mother.

Thomas More attorney Rita Gitchell argues that even Roe v. Wade doesn’t apply to the case, because the mother wants to give birth to the children: “Roe does not grant a father the right to terminate his genetic embryonic child to avoid procreation, which has already occurred.”

Frozen embryos generally are “extra” babies from in-vitro fertilization, and some parents, especially those who have separated or divorced, may find themselves disagreeing over what to do with the children they don’t want to have themselves.

A high-profile battle over frozen embryos ended last week when a federal judge dismissed a lawsuit filed by actor Nick Loeb against his former fiancée, actress Sofia Vergara. Loeb wanted to give the babies a chance at life, but Vergara wants to either destroy them or leave them indefinitely on ice. —S.G. 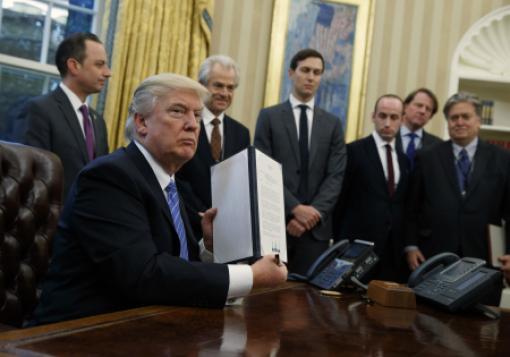 Shrinking the population through abortion and contraception will make America great again, according to Negative Population Growth, an anti-immigration and low–birth rate advocacy group.

In a new report titled “Resurgent Pro-Natalism in the Trump Administration,” the group’s deputy director, Tracy Henke, argues the pro-life policies of the Trump administration could be disastrous for America.

Henke wrote that defunding Planned Parenthood is a terrible idea because it will “deprive millions of low-income women of affordable and readily accessible birth control.” She added, “Below replacement fertility levels, which the U.S. has enjoyed for decades, could suddenly become a thing of the past.”

According to Negative Population Growth president Donald Mann, President Donald Trump’s reinstatement of the Mexico City Policy, which bars U.S. funding of non-governmental organizations that provide abortions abroad, will cause global overpopulation that “will lead to greater political pressure to open the gates for countless millions more immigrants to enter our country. The population growth that will result from these actions—both in the U.S. and abroad—will ultimately be devastating to our nation.” —S.G.

Offer to help kill babies saved from the storm

“We can only imagine what a stressful time this must be for those patients who had to miss their appointments or are waiting for the nearest clinic to open,” the organization posted on its website in the aftermath of the record-setting tropical storm.

The group offers to cover travel and lodging expenses for women who “need to get to one of our Texas clinics.” —S.G.

A St. Charles, Mo., couple has sued Planned Parenthood and a medical lab after the lab threw away their aborted baby’s remains.

A doctor diagnosed Alexis and Richard Gibbons’ unborn son, whom they named Jackson, with anencephaly in 2015. The couple decided to abort the child at a Planned Parenthood location in St. Louis but made a specific request: They wanted the baby’s body to be delivered to a funeral home for cremation so that his ashes could be placed in an urn and kept in their home. Planned Parenthood performed the abortion and later admitted that Pathology Services Inc. had disposed of Jackson’s body. The couple is seeking $50,000 in damages. —S.G.

Just 11 months after giving birth to a son, a mother in the U.K. died of bone cancer that resurfaced nearly halfway through her pregnancy.

Tasha Trafford refused an abortion and treatment for her cancer during her pregnancy, saying at the time that doing anything to hurt her child was “unthinkable.” —S.G.

In cases like the Harrises', we need to let God judge the matter by letting the family decide what to do.  It is sad that people who have no family or financial relationship at stake are forcing the Harrises to wait while they split legal hairs.