WASHINGTON—President Donald Trump dropped his first full budget plan this week and Republican lawmakers have one message: Thanks, but no thanks.

“The president’s budget as we all know is a recommendation,” Senate Majority Leader Mitch McConnell, R-Ky., told reporters this week. “We’ll be taking into account what the president is recommending, but it will not be determinative in every respect.”

McConnell’s comments politely addressed the elephant in the room: Trump’s budget is dead on arrival. Many within the GOP praised the president for taking a stab at reducing discretionary spending and trying to cast a vision for a balanced budget by 2027, but lawmakers ultimately will write their own spending package. Democrats, as expected, uniformly denounced nearly every aspect of the budget blueprint.

But it’s worth reviewing what Trump and Mick Mulvaney, director of the Office of Management and Budget (OMB), decided to prioritize.

“This is, I think, the first time in a long time that an administration has written a budget through the eyes of the people who are actually paying the taxes,” Mulvaney said. “Too often in Washington we only look at the recipient side: How does the budget affect either those who receive or don’t receive benefits.”

Instead of trying to help as many people as possible through costly federal programs, Mulvaney said administration officials approached the process by asking themselves what they could justify taxpayers funding.

That’s why Trump’s budget boosts spending for defense and border security and cuts just about everything else. The budget asks for about $33 billion more than what President Barack Obama requested for 2017 to pay for military modernization, readiness, and operations. But it requests deep cuts to the State Department and the Environmental Protection Agency—32 and 31 percent, respectively.

Even though Republicans will write their own budget and make compromises with Democrats to get it passed, House Speaker Paul Ryan, R-Wis., expressed gratitude for Trump’s new approach: “We have a president who, for the first time in eight years, said, ‘Let’s actually balance the budget.’ I think that’s refreshing.”

Congress has only passed a balanced budget four out of the last 48 years.

Policy experts said Trump’s budget may balance, but it makes false assumptions to get there.

“The administration’s budget plan reflects wishful thinking, not a serious effort to address the long-run fiscal imbalance,” wrote Alan Viard of the American Enterprise Institute, who predicted the budget would not balance in 10 years as Mulvaney claims.

This is only the first step in a long process that most likely will culminate in a congressional showdown in late September. Lawmakers on both sides will have to come to an agreement on the appropriations process for fiscal year 2018, since Republicans will need Democratic support to avoid a Senate filibuster. 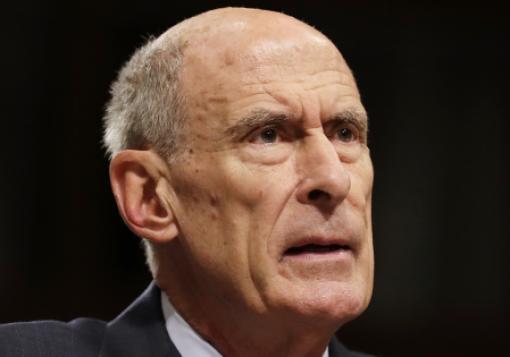 From Russia, without love

Russia continues to dominate the news cycle in Washington. On Monday, The Washington Post reported Trump asked two of his top intelligence chiefs—Director of National Intelligence Dan Coats and Mike Rogers, the director of the National Security Agency—to push back against the Russia narrative in March.

On Tuesday, Sen. John McCain, R-Ariz., asked Coats during a Senate Armed Services Committee hearing if the report was true. Coats declined to say one way or the other.

“As the president’s principal intelligence adviser, I’m fortunate to be able and need to spend a significant amount of time with the president discussing national security interests and intelligence as it relates to those interests,” Coats said. “We discuss a number of topics on a very regular basis. I have always believed that given the nature of my position and the information that we share, it’s not appropriate for me to comment publicly on any of that.”

Coats, a former Republican senator, is well-respected on both sides of the aisle—the Senate confirmed him 85-12. He also doesn’t take the allegations against Russia lightly, calling the Russian meddling investigation a top priority during his February confirmation hearing.

Across the Hill on Tuesday, former CIA Director John Brennan testified before the House Intelligence Committee on the same topic. Most of the time, these types of events don’t break much news beyond a few catchy quotes outlets can flip into a quick headline. Brennan offered much more media fodder.

First, he revealed he was well aware of Russia’s attempts to interfere with the U.S. presidential election in the summer. After reviewing intelligence showing direct engagement from Russian officials, he called Russia’s Federal Security Service head, Alexander Bortnikov, on Aug. 4 and warned him about the consequences of further interference. Brennan said he believes he was the first person to confront Russia about its election meddling.

Second, Brennan said something that will surely give Trump more headaches.

“I encountered and am aware of information and intelligence that revealed contacts and interactions between Russian officials and U.S. persons involved in the Trump campaign that I was concerned about because of known Russian efforts to suborn such individuals,” he said. “It raised questions in my mind about whether Russia was able to gain the cooperation of those individuals.”

U.S. officials communicate with Russians all the time, and those conversations aren’t inherently illegal or dubious. Brennan verified intelligence linking communications between Trump associates and Russian officials. But he did not name names or indicate whether those talks included prominent members of the campaign. Brennan also said what he saw in no way confirmed collusion.

Russia actively tries to suborn Americans to do its bidding, either wittingly or unwittingly, he said. Given that context, and the fact that Russia wanted to undermine the U.S. election, any communication between campaign associates and Russians is worth investigating, Brennan said. —E.W. 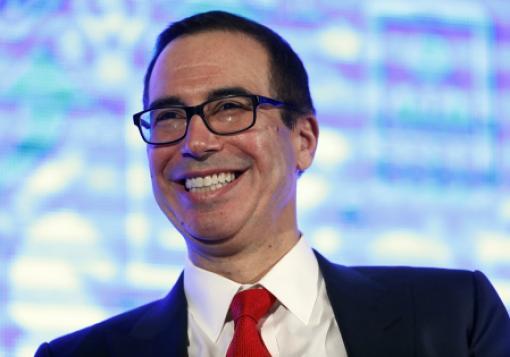 Not so fast on tax reform

Treasury Secretary Steven Mnuchin is an optimist. During his confirmation process in January, Mnuchin stood by President Donald Trump’s campaign promises of 3 percent GDP and historic tax cuts for the middle class. Since then, he has held out hope the president will sign a new tax policy into law before lawmakers depart for their annual August recess. The White House unveiled some broad themes of its ideal tax reform package last month, slashing the corporate tax rate from 35 percent to 15 percent and reducing the number of income tax brackets from seven to three. But ultimately Congress will draft the legislation, and so far it has made slow progress. Mnuchin admitted for the first time Tuesday that tax reform isn’t going to happen before August. On Wednesday, House Speaker Paul Ryan, R-Wis., told Axios he believes Congress will pass tax reform before the end of 2017. —E.W. 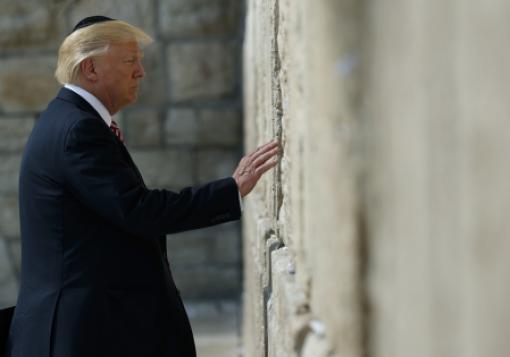 Much more than just a new address

While President Donald Trump toured Israel and became the first sitting U.S. president to visit the Western Wall, a group of bipartisan lawmakers urged him to move the U.S. Embassy from Tel Aviv to Israel’s capital, Jerusalem. Rep. Doug Lamborn, R-Colo., wrote a letter with signatures from 41 other members of Congress asking Trump to make the switch. Congress passed the Jerusalem Embassy Act in 1995 but since then presidents of both parties have signed waivers every six months to keep the U.S. embassy in Tel Aviv. This week Israel celebrates the 50th anniversary of the liberation and reunification of Jerusalem and advocates say it’s time the U.S. officially recognizes the historic city as the true capital of Israel. But Palestinians also claim Jerusalem as the capital of their future state, a long sticking point in the peace process. —E.W.

Rep. Tom MacArthur, R-N.J., stepped down from his position as co-chair of the moderate House Tuesday Group amid backlash over healthcare negotiations. House Republicans scheduled a vote for their Obamacare overhaul bill in March but had to jump ship after losing support from within the conference. The Tuesday Group and the far-right House Freedom Caucus offered some of the loudest criticism. MacArthur worked directly with Freedom Caucus Chairman Rep. Mark Meadows, R-N.C., to craft a new amendment to the bill to win over conservative holdouts. In the end, the bill narrowly passed with all but two of the 35 Freedom Caucus members voting for it. But MacArthur’s Tuesday Group colleagues still didn’t like the bill and never forgave him for the compromise. This week, MacArthur decided he lacks the support to continue leading the caucus: “You cannot lead people where they don’t want to go.” —E.W.

Thomas Reese, chairman of the United States Commission on International Religious Freedom, urged the Trump administration on Wednesday to appoint the ambassador-at-large for international religious freedom as soon as possible. During testimony before the Tom Lantos Human Rights Commission, Reese said the ambassador position is essential to America’s work in promoting religious freedom around the world and can’t remain vacant. Two weeks ago, WORLD reported it looked likely Kansas Gov. Sam Brownback would leave the governor’s mansion for the State Department position. But the Trump administration has yet to make a formal announcement. —E.W.