The U.S. government last week filed the first federal criminal charges against a major drug corporation for its role in the opioid crisis. The move is a major step toward holding pharmaceutical companies accountable for starting the national health crisis, but it will take more than charges against drugmakers to bring the full-blown catastrophe under control.

Federal prosecutors said on April 23 that Rochester Drug Cooperative (RDC) committed felony drug trafficking, a charge usually reserved for individual drug dealers. RDC is a group of independent pharmacies and one of the nation’s 10 largest drug distributors, with headquarters in Rochester, N.Y. Prosecutors allege that RDC supplied pharmacies with drugs it knew were being used illegally and failed to report suspiciously large and frequent orders to the Drug Enforcement Administration (DEA). The company agreed to pay a $20 million fine and submit to oversight for the next three years to settle the case against it.

“RDC was well aware that many of its largest pharmacy customers exhibited ‘red flags’ associated with the diversion of controlled substances but failed to report these customers or their orders to the DEA as required,” the federal complaint reads. It also says that in 4½ years, RDC received more than 1.5 million orders for controlled substances but only reported four out of the 2,000 suspicious orders.

Individual states and local governments have brought thousands of lawsuits against drug companies claiming they aggressively marketed their opioids to customers and doctors, obscuring how addictive the drugs were. The executives are accused of pushing doctors to prescribe more and higher doses of the drugs, prioritizing financial gain over the well-being of patients. In March, Purdue Pharma, maker of the opioid Oxycontin, settled with the state of Oklahoma for $270 million, money that will partially go toward the establishment of a center at Oklahoma State University to study addiction.

Still, many of those affected by the crisis were not happy with the settlement with RDC, preferring the company face the charges instead of buying its way out.

The opioid crisis started with prescription painkillers, but now it has largely shifted to illegally distributed drugs like fentanyl and heroin. Those substances come into the United States by mail or across the southern border with Mexico.

“The major killers of Americans today are not pharmaceutical firms, but foreign drug-trafficking organizations,” Charles Fain Lehman wrote in National Review. “Failing to pay sufficient attention to this reality can only hurt efforts to stop the crisis. Further, too much attention paid to prescription pills encourages undue regulatory and social pressure on pain patients, which may exacerbate, rather than alleviate, the overdose crisis and other major social ills.”

Massive lawsuits are worthwhile insofar as they do justice and provide funds to help those suffering from the crisis. But government efforts to stop drugs coming into the country and to treat addiction must go further if they hope to see fewer Americans die from overdoses. 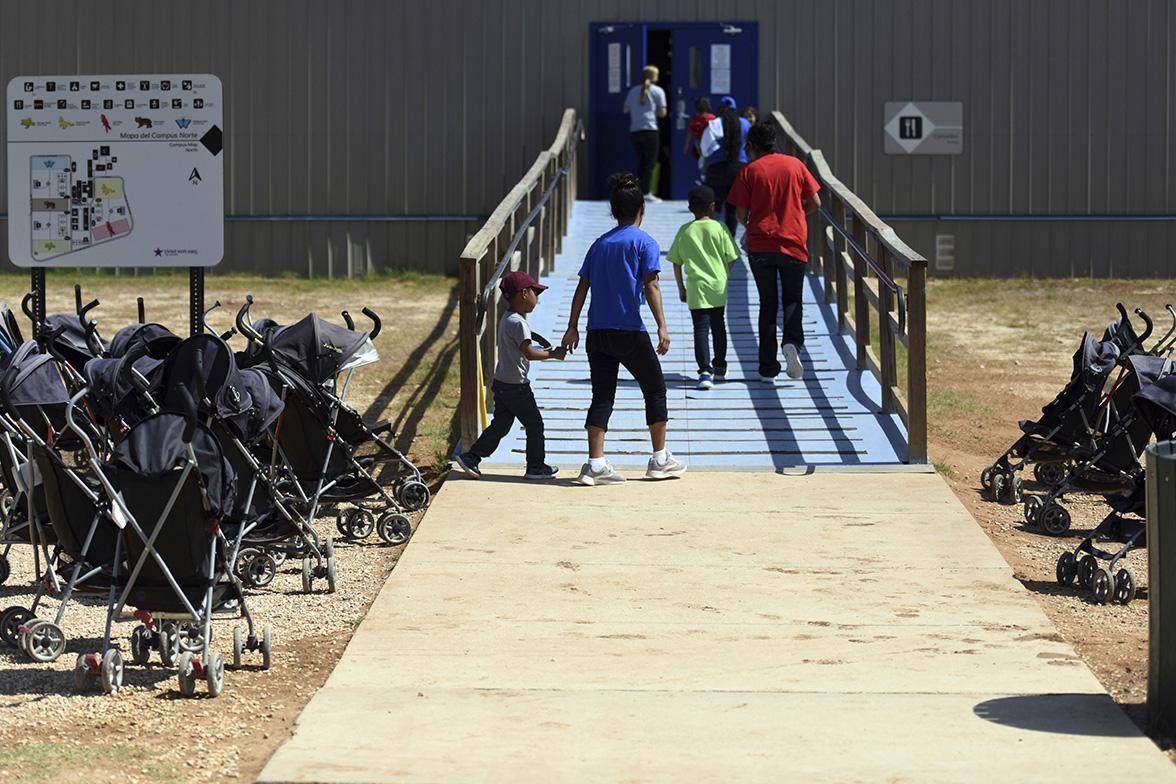 A federal judge last week gave the Trump administration a six-month deadline to reunite immigrant families separated at the border.

As part of President Donald Trump’s zero-tolerance policy on illegal immigration, federal agents separated an estimated 2,700 children from parents who illegally crossed the border before June 25, 2018, when U.S. District Judge Dana Sabraw of Southern California ordered the U.S. government to stop and reunite the children and their parents within 30 days. Most of those children have reunited with their parents, but in January, the inspector general for the U.S. Health and Human Services Department reported that thousands more children may have been separated since the summer of 2017.

The U.S. government will review about 47,000 cases of unaccompanied children in custody but said it could take up to two years. The plan is to create a program to sort through data and identify the families most likely to have been separated. From there, officials can review cases and follow up as needed. A few complications: The government implemented the zero-tolerance policy before it began tracking this data, and some of the children who were separated are no longer in government custody. Sabraw said he was willing to consider an extension, but not until the Oct. 25 deadline. —C.C. 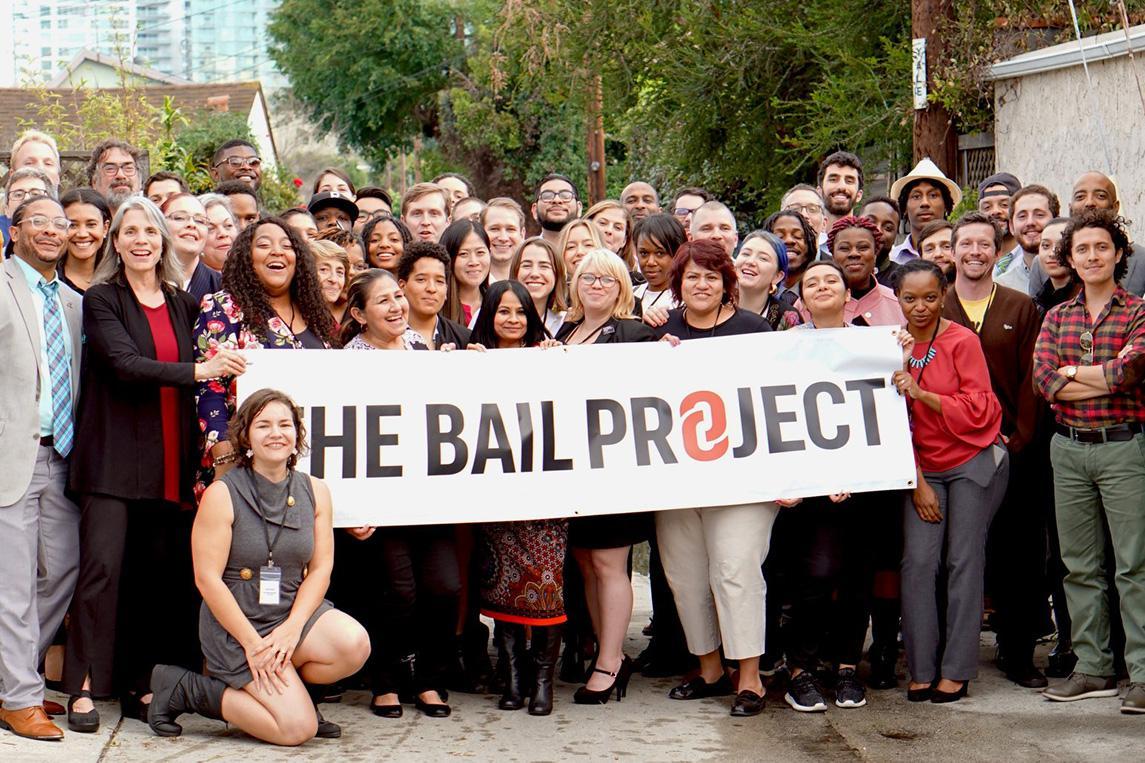 Bail for a reason

A St. Louis woman’s murder is prompting The Bail Project to rethink whom it bails out of jail.

In January, Samuel Lee Scott, 54, was arrested for punching his wife in the face. His wife, Marcia Johnson, applied for a protective order, writing that her husband had abused her for the past three years. Police ordered Scott to stay 300 feet away from her at all times. The same day, The Bail Project, a nonprofit organization in St. Louis, posted the $5,000 bail for Scott. Police say within 45 minutes, Scott was back at the apartment he shared with his wife. That night, Johnson was found in critical condition with head injuries, and after a few days she died. Scott will be tried for first-degree murder, and his bail is $1 million.

The Bail Project uses a revolving fund to bail people out of pretrial detention when they cannot afford it. The group said bail was not meant to keep someone in prison but ensure they show up for their court date. This case brings to light the other side of the situation. “If all of the charging documents were reviewed by The Bail Project, they would have seen the safety concerns of the victim, prosecutors, and courts,” Circuit Attorney Kim Gardner said. She urged the nonprofit group to contact her office before posting bail for anyone accused of crimes such as assault. —C.C.

The Florida Senate passed a bill on Friday that would ban so-called sanctuary city policies in the state. The measure would require local law enforcement to hand over illegal immigrants to federal authorities for deportation. After the state House of Representatives passed a similar bill on April 24, Democratic lawmakers protested and the American Civil Liberties Union warned immigrants not to travel to Florida. Two days later, the Senate passed the bill along party lines, 22-18. Florida currently does not have any sanctuary cities, so critics say the move is an attempt by the Republican-led state government to show support for President Donald Trump ahead of the 2020 presidential election. —C.C.