When “sex” means more than sex

Christian bosses hoping for guidance from the U.S. Supreme Court in dealing with LGBT workers will have to wait. In a 6-3 ruling on Monday, the high court ruled that an employer who fires a worker for being gay or transgender violates Title VII of the Civil Rights Act of 1964, which prohibits discrimination “on the basis of sex.” But the justices did not address what happens if an employer wants an exception to the rule because of his or her religious beliefs about marriage, sexuality, and gender.

In one of the cases argued before the court, a male funeral home employee sued his Christian employers at Harris Funeral Homes in Michigan for not allowing him to dress as a woman at work. Owner Thomas Rost, represented by Alliance Defending Freedom, said he could not in good conscience permit Anthony Stephens (who has since died) to present himself as a woman to grieving clients. The other cases dealt with several individuals who claimed their bosses fired them for their sexual orientation.

Generally conservative Justice Neil Gorsuch and Chief Justice John Roberts sided with the liberal wing of the court to rule in favor of the LGBT employees. In the opinion, Gorsuch wrote that the text of Title VII clearly covered sexual orientation and gender identity. The court, he said, leaned on “straightforward application of legal terms with plain and settled meanings” in deciding that discrimination against an employee at least in part for being homosexual or transgender is always sex discrimination.

But Justices Samuel Alito, Brett Kavanaugh, and Clarence Thomas didn’t find the meaning of the original law so clear. In a scathing dissent joined by Thomas, Alito said the average American in 1964 could not have thought that “sex” meant sexual orientation or gender identity.

“The arrogance of this argument is breathtaking,” he wrote. “There is only one word for what the court has done today: legislation.”

In a separate dissent, Kavanaugh accused the majority of “seizing on literal meaning and overlooking the ordinary meaning of the phrase ‘discriminate on the basis of sex.’”

Gorsuch attempted to confine his opinion to the question before the court: whether a business can fire someone for being homosexual or transgender. But dissenters noted that the effects of the sweeping decision could quickly go beyond those constraints.

ADF’s John Bursch, who defended Harris Funeral Homes, laid out some of the ramifications of expanding Title VII protections: “Redefining ‘sex’ to include gender identity and sexual orientation creates chaos and is unfair to women and girls in athletics and many other contexts.”

Alito issued a similar warning in his dissent, writing that the decision threatened freedom of religion, freedom of speech, and personal privacy and safety. Courts could use it, he said, to sanction biological males using women’s locker rooms and restrooms, even in elementary and secondary schools—already a fraught issue in many states. The ruling also could affect whether a man who identifies as transgender can compete in women’s sports. The ripple effects could reach into housing, healthcare, and employment by religious organizations.

In the opinion, Gorsuch pointed to the Religious Freedom Restoration Act—which prohibits the government from substantially burdening the free exercise of religion without a compelling reason and requires it to use the least restrictive means in doing so—as a “kind of super statute” that might supersede Title VII in some cases.

But that, per Gorsuch, is for another day. Or, more likely, for many other days before many other courts. 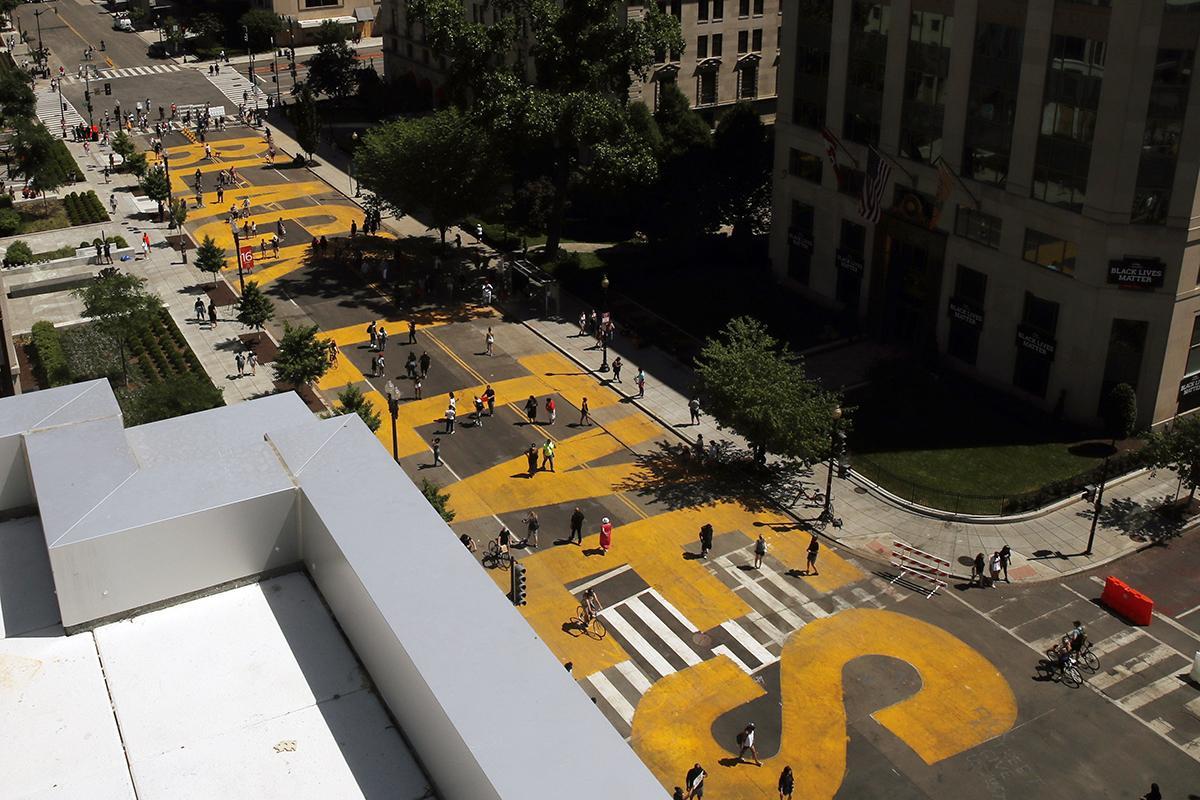 A conservative judicial and political watchdog organization has requested permission from Washington Mayor Muriel Bowser to paint its motto on a prominent city street.

Referencing the painting of “Black Lives Matter” across two blocks of 16th Street NW near the White House, Judicial Watch sent a letter on Wednesday to the Democratic mayor requesting similar authorization to paint “Because No One Is Above the Law!” on a street near its offices just south of the National Mall.

In a letter to Bowser, Judicial Watch President Tom Fitton said the mayor’s decision to allow the mural for expressive activity had turned the streets into a public forum for free speech. “If we are unlawfully denied access and face viewpoint discrimination, we are prepared to go to court to vindicate our First Amendment rights,” he said in a statement.

Bowser also has to reckon with an unrelated lawsuit filed in federal court on Wednesday contending the painting’s approval violated the establishment clause of the First Amendment to the U.S. Constitution. In a 51-page complaint, Rich Penkoski, a Washington street preacher, claims the mayor’s endorsement of the mural shows a preference to the religion of secular humanism over other faiths. —S.W. 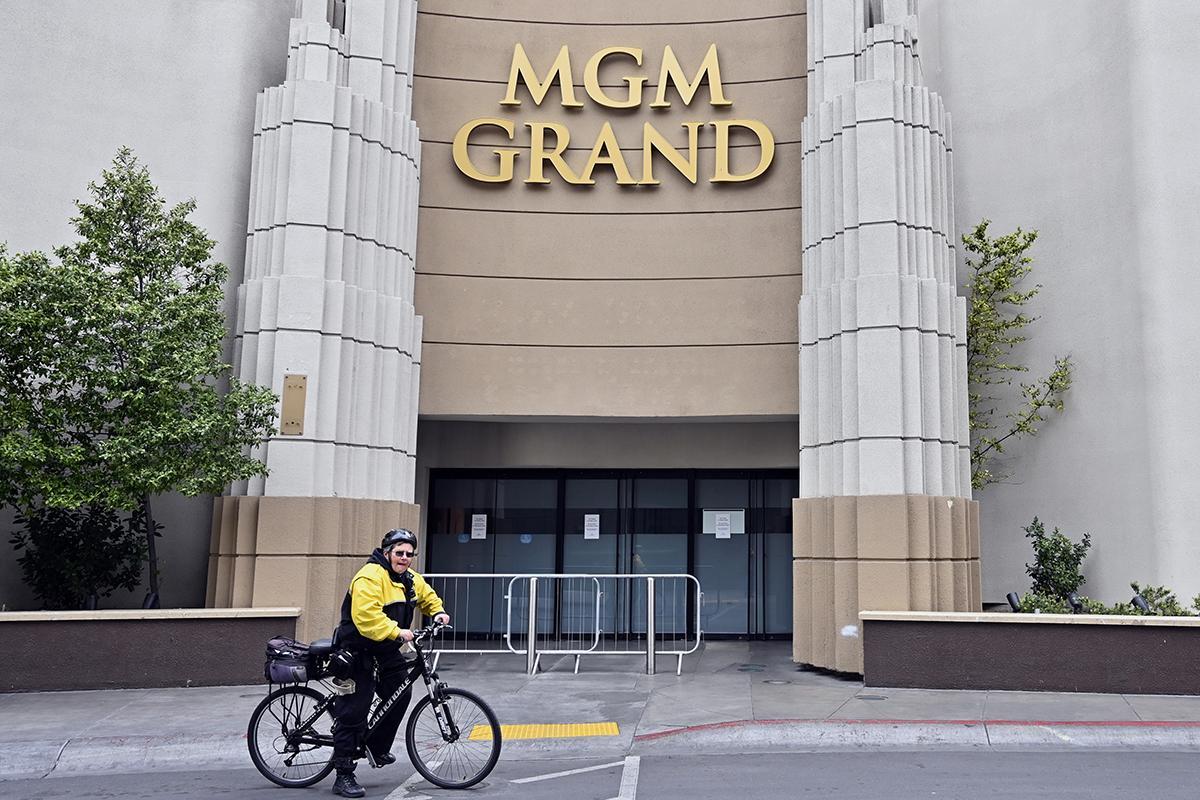 In Las Vegas, patrons at the MGM Grand hotel and casino can stand shoulder-to-shoulder all day with others at one of the 2,650 slot machines or table games. Nevada Gov. Steve Sisolak, a Democrat, has allowed casinos and restaurants to operate at 50 percent capacity, but the state’s stay-at-home order prohibits more than 50 people from gathering in a church.

A lawsuit filed by Calvary Chapel Dayton Valley on May 28 challenged that disparity. But U.S. District Judge Richard F. Boulware II, an appointee of President Barack Obama, denied the church’s request for relief on Thursday. He declined to second-guess what he called a “dynamic and fact-intensive” determination by the state, echoing language from Chief Justice John Roberts in a recent U.S. Supreme Court case upholding California restrictions on church gatherings.

Nevada is one of only 11 states where religious worship remains prohibited or subject to unequal treatment, according to data compiled by the religious liberty law firm Becket. Lawsuits challenging restrictions remain active in several Western and Northeastern states, including California, Maine, Maryland, New Jersey, New York, Oregon, and Washington. The U.S. Department of Justice has sided with some challengers, filing a statement of interest most recently in a case in Washington state. —S.W.

This supreme court decision is sad and will probably prove to be as destructive to our country and our women and girls as Roe was.

Maybe the churches should hire people to protest with placards in front of their church.

Protests are good because it is freedom of speech, worship is not because there really isn't freedom of religion anymore.

All three stories suggest current societal divisions are set to deepen.  "But God..."