When the pastor of Christian Assembly Church in Eagle Rock, Calif., told his congregation members they could erase more than $5 million of medical debt for struggling families in and around Los Angeles, they rose to their feet in applause.

Church member Jean Kellett told the Los Angeles Times that she cried when she heard about the plans to pay off families’ debt over Christmas.

“Giving someone a tangible sense that I’m not alone, someone cares, someone sees me—that’s a win,” Pastor Tim Hughes told the Times.

Hughes’ church was one of several that formed a partnership with RIP Medical Debt over the holidays to serve individuals hit with unexpected medical bills in their communities. Through RIP Medical Debt, a secular nonprofit group, organizations and people can buy debt from unpaid healthcare bills from collection agencies at a steep discount and then erase it. Though the group works with concerned individuals, foundations, and other groups, co-founder Craig Antico said churches have increasingly chosen to get involved. In 2019 alone, more than 100 churches partnered with RIP Medical Debt to abolish about $500 million in unpaid bills—about half of all of the organization’s debt erasures.

“It’s pretty amazing, the outpouring of the people, the pastors, and parishioners,” Antico said.

A 2016 study found 42 percent of U.S. adults with health insurance said they took on an extra job or more work hours to pay medical bills. About 43 million people owe a total of $75 billion for overdue healthcare costs, according to RIP Medical Debt. Antico said in addition to financial struggles, medical debt can put a bad mark on a person’s credit report, making it difficult to buy a home or a car, get a job, or take out a loan, and about half of all collections involve healthcare bills. A couple of bills of a few thousand dollars each for a family making $45,000 a year could quickly put them into a financial spiral, he said, often because of high-deductible insurance plans.

Antico and Jerry Ashton, who were former collection agents, started RIP Medical Debt in 2014 to alleviate the burdens of poorer families. The organization is not faith-based, but it has found willing partners among many churches.

People who earn less than two times the federal poverty level for their state and family size can qualify for help if their out-of-pocket medical expenses constitute at least 5 percent of their annual income or they are facing insolvency. But the organization doesn’t work directly with patients; it partners with others and uses donations to purchase debt that has gone to collection agencies for a penny on the dollar.

In the case of Christian Assembly Church, the leaders created a map of neighborhoods where 15 or more families from their congregation lived. Then they worked with RIP Medical Debt to pay off $5.3 million of debt for qualified families in those 28 LA neighborhoods. In total, they helped 5,555 households.

Antico emphasized that while RIP Medical Debt has helped many people, it doesn’t address the root of the problem.

Antico described sudden medical costs as a “shock to the system” that most people aren’t prepared to handle. Many families are underinsured, and they need to learn how their health insurance policy works, he said. Few people understand how to navigate deductibles, co-pays, and health savings accounts.

But for now, churches are doing their part to lighten the burden.

“Although RIP isn’t solving the problem, we are definitely helping stop hardship, and that’s what our goal is,” Antico said. “And that’s why churches are helping—because they realize they can.” 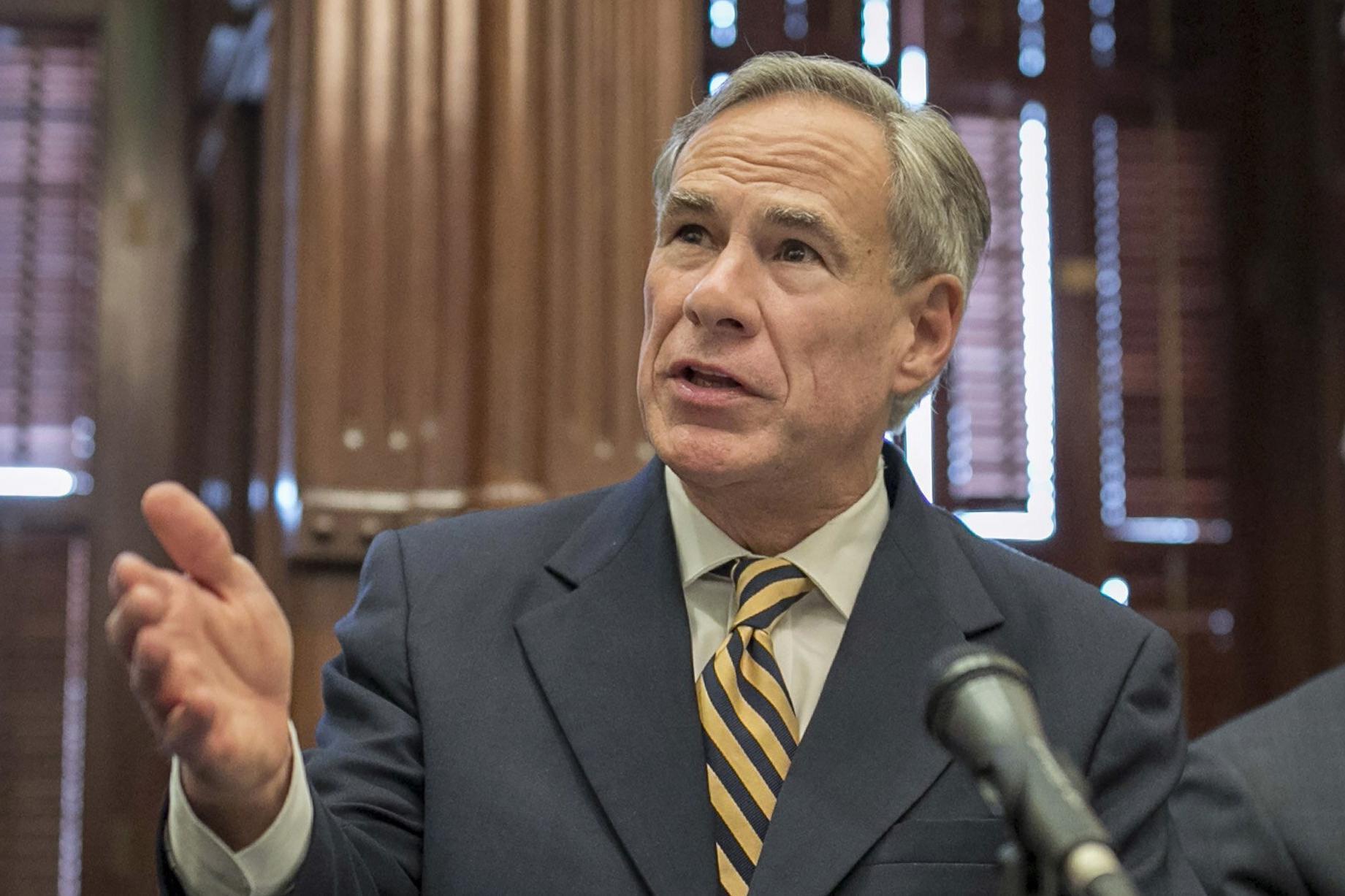 Shortly after becoming the first state to officially announce it would no longer allow new refugee resettlement, Texas found its doors propped open by court order. Gov. Greg Abbott, a Republican, said in a letter released Friday that the state had done “more than its share in assisting the refugee resettlement process,” but Congress left Texas “to deal with disproportionate migration issues resulting from a broken federal immigration system.” In 2018, Texas resettled more refugees than any other state.

But on Wednesday, U.S. District Judge Peter Messitte blocked President Donald Trump’s order allowing states to refuse to resettle refugees. He said the three refugee resettlement agencies suing the federal government over the order were likely to succeed showing it was unlawful, concluding it didn’t serve the “overall public interest.”

Since Trump issued the order in September, 42 state governors have said they will continue to accept refugees, but the remaining states—most of them with Republican governors—have been silent. —Charissa Koh 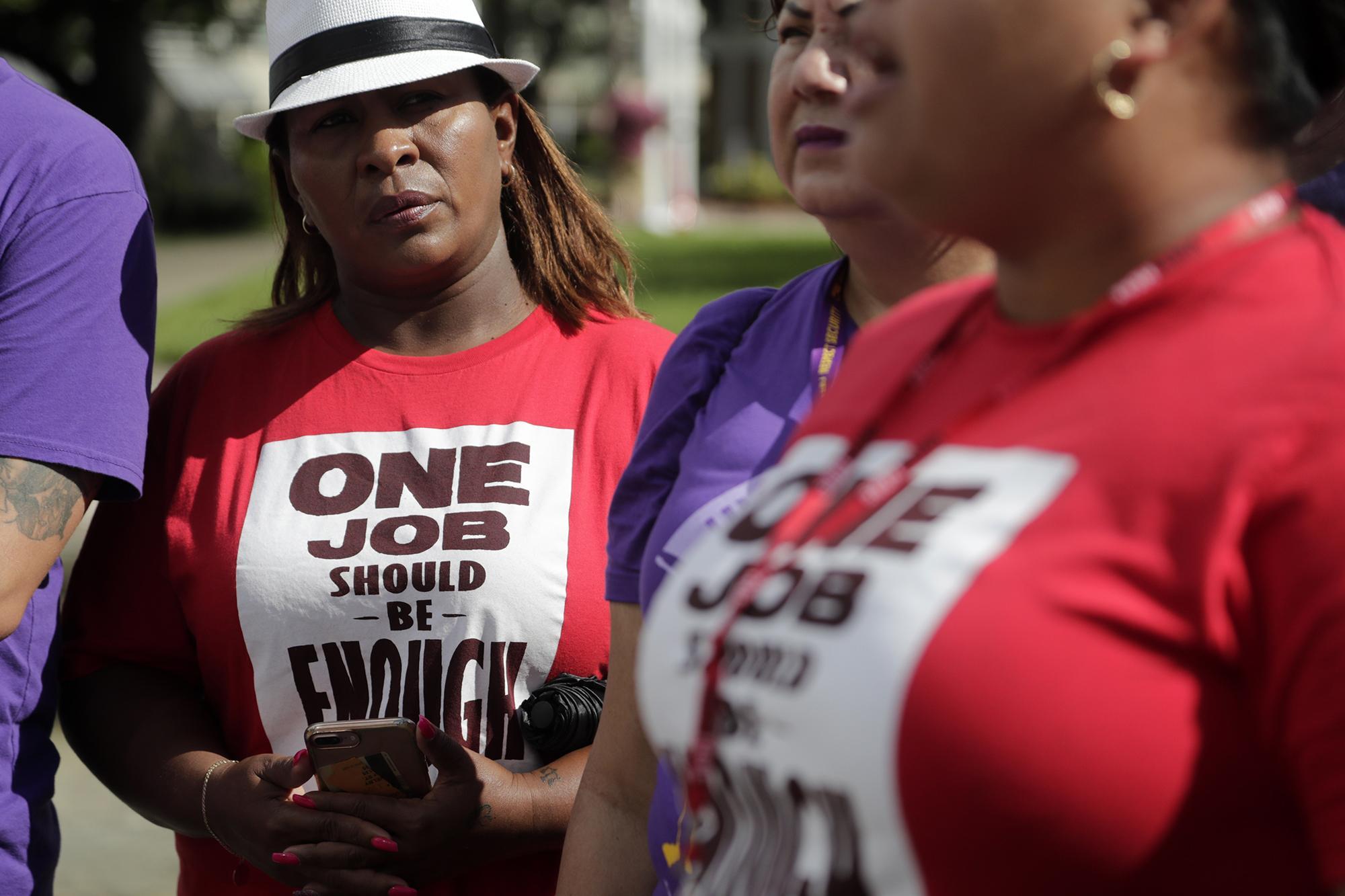 A team of researchers from the Israeli Ministry of Finance and the University of California, Irvine, reported recently that raising the minimum wage disproportionately affects less profitable companies. The study examined wage hikes in Israel from 2006 to 2008. It found that companies with more minimum wage workers made significantly less profit than other businesses in the first place. The bosses at those companies tended to make about the same amount as mid- or high-earning workers. When forced to raise the minimum wage, they often had to cut their staff to accommodate the higher costs. The wage changes had significantly less effect on profitable businesses with higher-paid bosses. —C.K.

An Oakland, Calif., judge told three homeless women on Friday they must leave the vacant house they’ve occupied in the city since November. A group called Moms 4 Housing had formed to support the women and protest real estate investors who buy houses but leave them vacant. According to CBS News, Democratic state Sen. Nancy Skinner of Berkeley thanked the group for demonstrating that “nowhere, nowhere should there be a vacant house anywhere in California when we have the housing crisis that we have … and it was totally legitimate for those homeless moms to take over that house.” The judge ordered the women to leave the house within five days. —C.K.

I am confused about what it exactly means for a state to either accept or not accept refugees. If California accepts refugees, I presume that there is no means of preventing them from migrating to Texas, making Texas de facto accepting refugees. When a state indicates that are willing to accept refugees, what does that entail? What it ought to entail, in my view, is that they are willing and ready to provide them with social services, housing, and employment. I would want such states to indicate that they are ready and willing to provide them with active integration, as many European countries do. This entails that welcoming refugees is more than simply allowing them to enter the state. It is more even than providing them food stamps. It is far more than simply abandoning them. it is to in some sense "parent" them in a foreign land. They require acclimation, language courses, etc. In the past, the frequent requirement that immigrants already have jobs, family, and acquaintances in the country was intended to deal to some extent with this difficult and transitional period. It seems to me, then, that it makes sense for some states (or communities) to indicate that they are not ready to accept refugees, and this because they are not ready or perhaps even willing to provide such active integration of the refugee. Whereas, it seems that many interpret the non-acceptance of refugees to simply entail not wanting them to step foot in a state, indicating that they don't appreciate or understand what accepting them ought to obligate a state to.