A vehicle promoting polyamory at a LGBT pride event in Graz, Austria, in 2017. Creative Commons/Mangostaniko

The largest professional association of psychologists in the United States is working to normalize polyamory, an inevitable next frontier in the sexual revolution.

News reports released last week revealed that for the past year, the American Psychological Association (APA) has had an active task force dedicated to advocating for individuals practicing what it calls “consensual non-monogamy” (CNM), sometimes referred to as “ethical non-monogamy.” The task force’s website claims polyamorous individuals often face social and medical stigmatization and need more support and inclusion. One study found about 4 percent of U.S. adults fall into this category.

“This historic step toward inclusion acknowledges the legitimacy of the CNM and Kink communities and will help eliminate a barrier and improve access to culturally affirming healthcare,” wrote Heath Schechinger, a licensed psychologist at the University of California, Berkeley, and the co-chairman of the task force.

The task force is producing brochures individuals can take to healthcare providers and therapists to “educate” them about consensual non-monogamy and working to include the practice on therapy intake forms. One committee is working to research discrimination in family and employment law against people with multiple partners.

The APA isn’t alone in its push to normalize polyamory, nor is the development a surprise to many conservatives who predicted it. A recent article in Teen Vogue profiled 18-year-old singer and actress Willow Smith, daughter of actor Will Smith, who recently announced she is bisexual and could see herself in a polyamorous relationship. “I love men and women equally, and so I would definitely want one man, one woman. I feel like I could be polyfidelitous with those two people,” Smith recently told her mother and grandmother during their talk show Red Table Talk, adding she felt there was no freedom in monogamy because “it’s all fear based.”

Even some self-described Christians have embraced polyamory, claiming Biblical figures practiced polyamory and that the Trinity is a polyamorous relationship.

Andrew T. Walker, a senior fellow in Christian ethics for the Ethics and Religious Liberty Commission of the Southern Baptist Convention, disagrees. “When God ordered the marriage covenant, he ordered it as a heterosexual, permanent, and monogamous union,” he said. “Any example of polyamory or polygamy in Scripture is an aberration due to sin and a settled rejection of God’s original design.”

Walker said that the progressive worldview has little to no explanation for why relationships or marriage should be limited to just two people. “The culture is enamored with polyamory because the culture is obsessed with sexual novelty,” he said. “What was once taboo becomes easily transgressible when there is no moral foundation to prohibit it.” 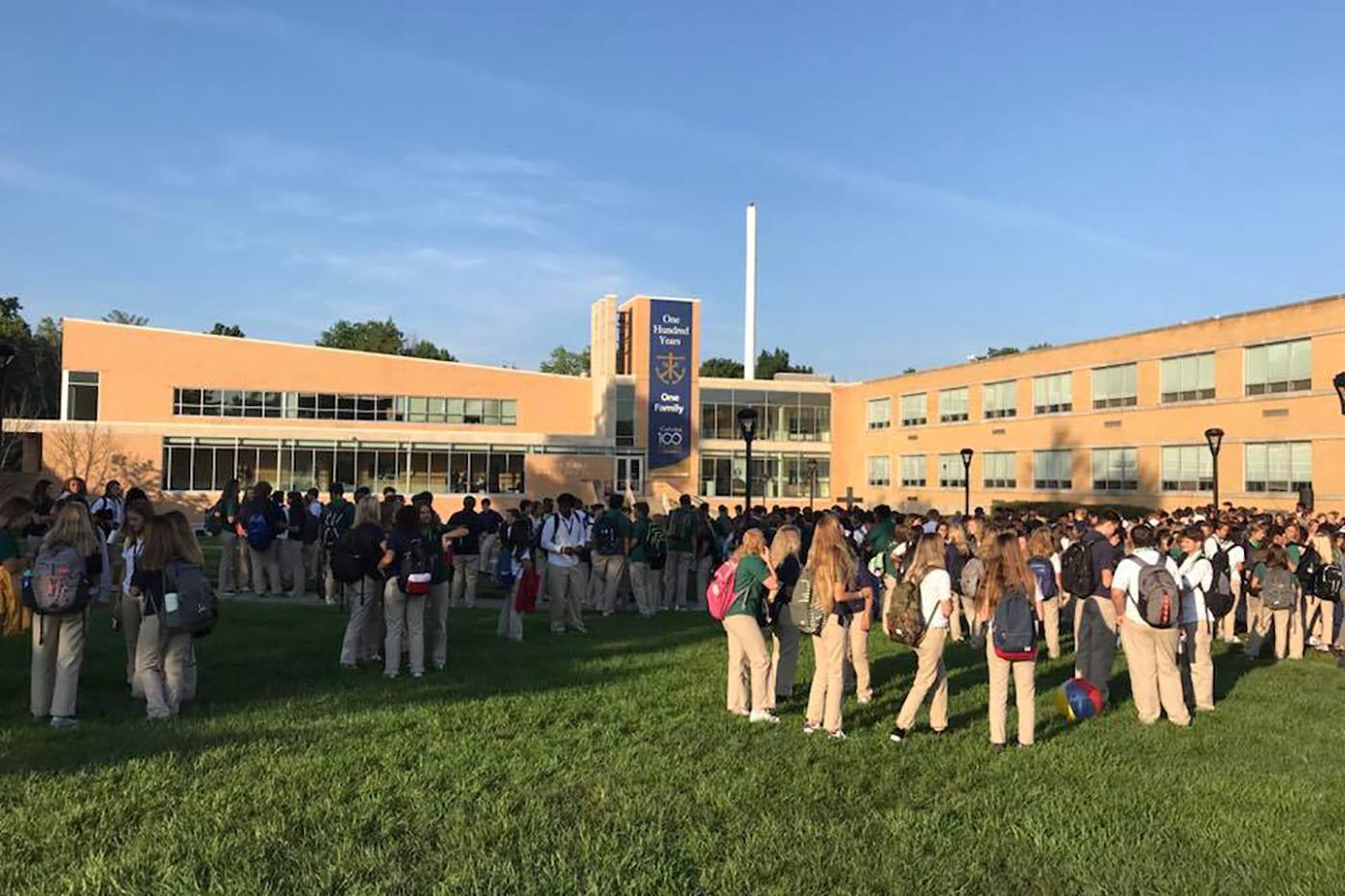 A Catholic high school teacher sued the Roman Catholic Archdiocese of Indianapolis last week after his school fired him in June for being in a same-sex marriage. Joshua Payne-Elliott, who had taught social studies at Cathedral High School in Indianapolis for 13 years, filed a suit in Marion County court on July 10 alleging the archdiocese illegally interfered with his contractual relationship with the school. He also filed discrimination charges against the archdiocese with the Equal Employment Opportunity Commission.

Administrators at Cathedral told Payne-Elliott on June 23 they were firing him on the orders of the archdiocese, a month after the school renewed his annual teaching contract for the 2019-2020 school year. The suit claims Cathedral President Robert Bridges told Payne-Elliott the school made the decision “with a gun to our head.”

Payne-Elliott married Layton Payne-Elliott, a math teacher at nearby Brebeuf Jesuit Preparatory School, in 2017. Church administrators also ordered Brebeuf to fire Layton Payne-Elliott earlier this year, but the school refused. The archdiocese in response said it no longer recognized the school as a Catholic institution. Because the Midwest Province of Jesuits oversees Brebeuf, the split has less of an effect on the school, while Cathedral depends heavily on support from the Catholic Church.

The archdiocese released a statement defending its decision and contending the U.S. Constitution allows religious organizations to define acceptable conduct for employees: “In the Archdiocese of Indianapolis’ Catholic schools, all teachers, school leaders, and guidance counselors are ministers and witnesses of the faith, who are expected to uphold the teachings of the Church in their daily lives, both in and out of school.” 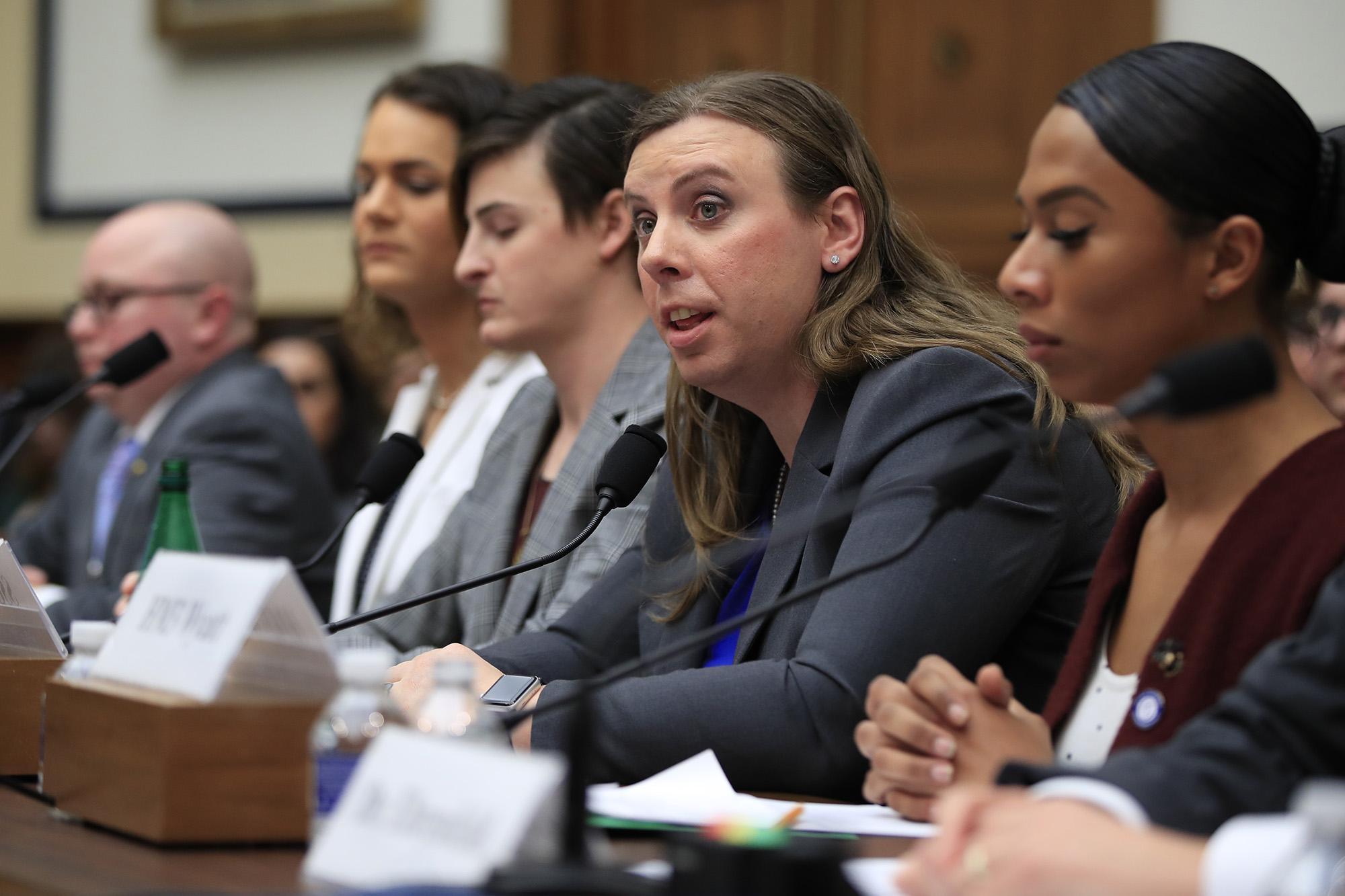 The Democratic-majority U.S. House of Representatives last week approved an amendment to the annual defense policy bill that would reverse the Trump administration’s newly implemented policy on transgender individuals in the military. The amendment would ensure any person who meets gender-neutral occupational standards can serve in the military regardless of gender identity or sexual orientation. It passed 242-187, with 10 Republicans joining every Democrat in support of the measure.

The Trump administration’s policy, which took effect in April, allows enlistees and service members with a diagnosis of gender dysphoria to serve if they forego hormone treatment and sex-change surgery. They must also be willing to serve in the military as their biological sex. The Department of Defense has defended the policy as necessary to maintain a ready and lethal force.

The Republican-majority Senate most likely will not consider the amendment. —K.C.

The leaders of the Anglican Church of Canada voted last week to keep its definition of marriage as between one man and one woman. A proposal to remove references to spouses’ genders in the definition of marriage passed last year but required a two-thirds majority from each of three groups—lay people, clergy, and bishops—again this year.

Although the measure passed among lay people and clergy, it did not receive enough support from bishops, who voted 62.2 percent in favor but needed 66.6 percent to pass. Despite the setback for the demonination’s liberals, a statement from the House of Bishops did affirm an established practice that allows local dioceses to choose to perform same-sex weddings.