Eighty-year-old Roland Pagan watched through binoculars while wildfires devoured his home in Juniper Hills, Calif. “The ferocity of this fire was shocking,” he told the Los Angeles Times. “It burned my house alive in just 20 minutes.”

The fires have intensified conversations about global warming and whether it contributes to such disasters. Activists blame humans for the changes to the climate that they say contributed to the wildfires ravaging the West Coast. But others hold responsible government officials who make policy about caring for the forests.

An already destructive fire season flared up in mid-August. More than 1,000 lightning strikes hit the Bay Area the weekend of Aug. 15–16, and a freak wind event swept through the Pacific Northwest just three weeks later. In California, more than 8,000 fires have destroyed more than 6,600 structures, and at one point more than 500,000 people in Oregon were under some level of evacuation warning. The blazes burned millions of acres and killed more than 30 people on the West Coast by mid-September.

David Romps, director of the University of California’s Berkeley Atmospheric Sciences Center, said average daily temperatures in the area have risen 3 to 4 degrees Fahrenheit in the past 120 years. In 2014, he published in a paper in the journal Science saying every 1.8-degree rise in temperature can increase the frequency of lightning strikes by about 12 percent.

Daniel Swain, a climate scientist at UCLA, cautioned in MIT Technology Review that prolonged lightning storms in Northern California are rare, making it difficult to assess if climate change played a role in starting this year’s fires. He said a heat wave and dry conditions—a result of warming temperatures—made the fires more intense.

Park Williams, a professor at Columbia University’s Lamont-Doherty Earth Observatory, compared the dry atmosphere to a thirsty sponge “that’s always trying to extract water from the landscape.” When the land becomes drier and there’s not enough moisture for evaporation, the atmosphere builds up heat, he told the Los Angeles Times.

But others say the wildfires resulted from decades of forest mismanagement. Bob Zybach is an environmental scientist who spent more than 20 years as a reforestation contractor. He said climate change played almost no role in the fires. “The lack of active land management is almost 100 percent the cause,” he told The Daily Signal.

In the final days of his presidency in 2001, Bill Clinton signed legislation limiting the U.S. Forest Service’s ability to clear dense foliage and downed trees on federal land in the West. To prevent over-logging, he also restricted building new roads and using existing ones on 49 million acres of national forests. This prevented officials from watching for a buildup of wildfire fuel. Years of hands-off policies left dead trees and organic matter sitting on the forest floor, providing ample kindling for fires, Zybach said. He warned officials decades ago: “If you don’t start managing these forests, then they are going to start burning up. … Thirty years later, they are still ignoring it.”

Other experts have made similar arguments. “Global warming may contribute slightly, but the key factors are mismanaged forests, years of fire suppression, increased population, people living where they should not, invasive flammable species, and the fact that California has always had fire,” University of Washington professor of atmospheric sciences Cliff Mass told The Daily Signal in 2018.

A study published in Nature in January found nearly 20 million acres in California—covering an area about the size of Maine—need controlled burns to limit catastrophic wildfires. Fire ecologist Timothy Ingalsbee agrees prescribed burns are the best way to prevent wildfires but said his recommendations fall on deaf ears.

“It’s horrible to see this happening when the science is so clear and has been clear for years,” he told ProPublica. “Every year I warn people: Disaster’s coming. We got to change. And no one listens. And then it happens.” 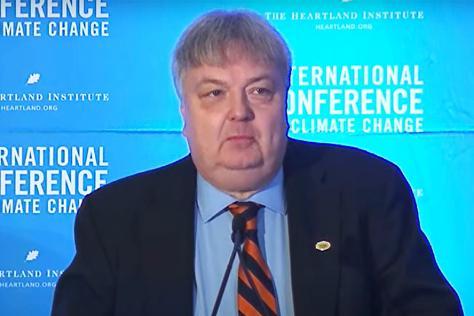 Climate change alarmists and the mainstream media are once again targeting David Legates, a University of Delaware professor, for his dissenting views on global warming.

Earlier this month, Legates told NPR he recently joined the National Oceanic and Atmospheric Administration’s department for environmental observation. Since then, Legates has received hate mail and threats. “He forwarded a handful to me that include language too foul to quote,” said E. Calvin Beisner, founder of the Cornwall Alliance for the Stewardship of Creation.

For years, climate change alarmists have tried to silence Legates, who argues models overstate the global warming problem by at least two times more than the actual data show. He said activists use the faulty predictions to push a political agenda.

In 2007, then-Gov. Ruth Ann Minner of Delaware, a Democrat, sent Legates a letter asking him to stop voicing his views while acting as the state’s climatologist. The University of Delaware removed him from the state weather network in 2015 and banned him from advising graduate students or teaching climatology classes.

“His sin was that his examination of the data differed from climate politics dogma,” wrote Jim Lakely, vice president of the Heartland Institute.

Other climate experts have praised the appointment. It’s a good sign the Trump administration is “going to inject some science into official climate science,” Myron Ebell, the former head of the Environmental Protection Agency transition team, told Science. “This is the kind of thing we have been pushing for since before Trump was elected, to get real science into the assessment.” —J.B. 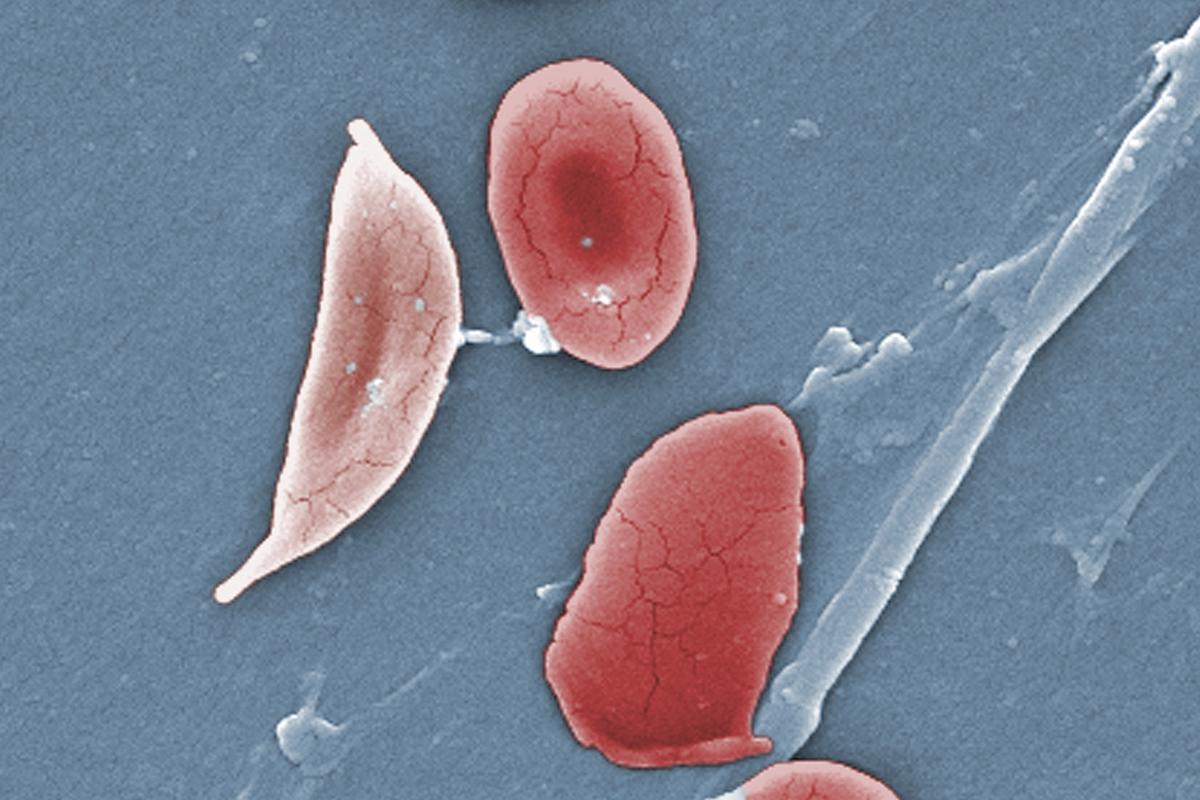 People who suffer from sickle cell anemia are at greater risk of severe illness if they contract COVID-19, according to the Centers for Disease Control and Prevention. Now scientists think people with a genetic marker for sickle cells but not the actual disease might also run a higher risk of complications from the disease, Stat News reported.

About 100,000 Americans carry two copies of the gene that causes sickle cell anemia, an inherited disorder that deforms red blood cells so they can’t carry the normal amount of iron. They can clump and block blood vessels, resulting in strokes and early death. Millions of Americans have only one copy of the gene, called the sickle cell trait, and generally do not suffer symptoms. Both the disease and the trait affect mostly African Americans.

Scientists at Grady Memorial Hospital in Atlanta are planning to study whether the single-copy sickle cell trait puts COVID-19 patients in greater danger of severe illness. It could explain why the virus seems to disproportionately sicken and kill African Americans. The researchers will compare 300 hospitalized COVID-19 patients who have sickle cell trait to those who do not. Study results should be available in six months to one year. —J.B. 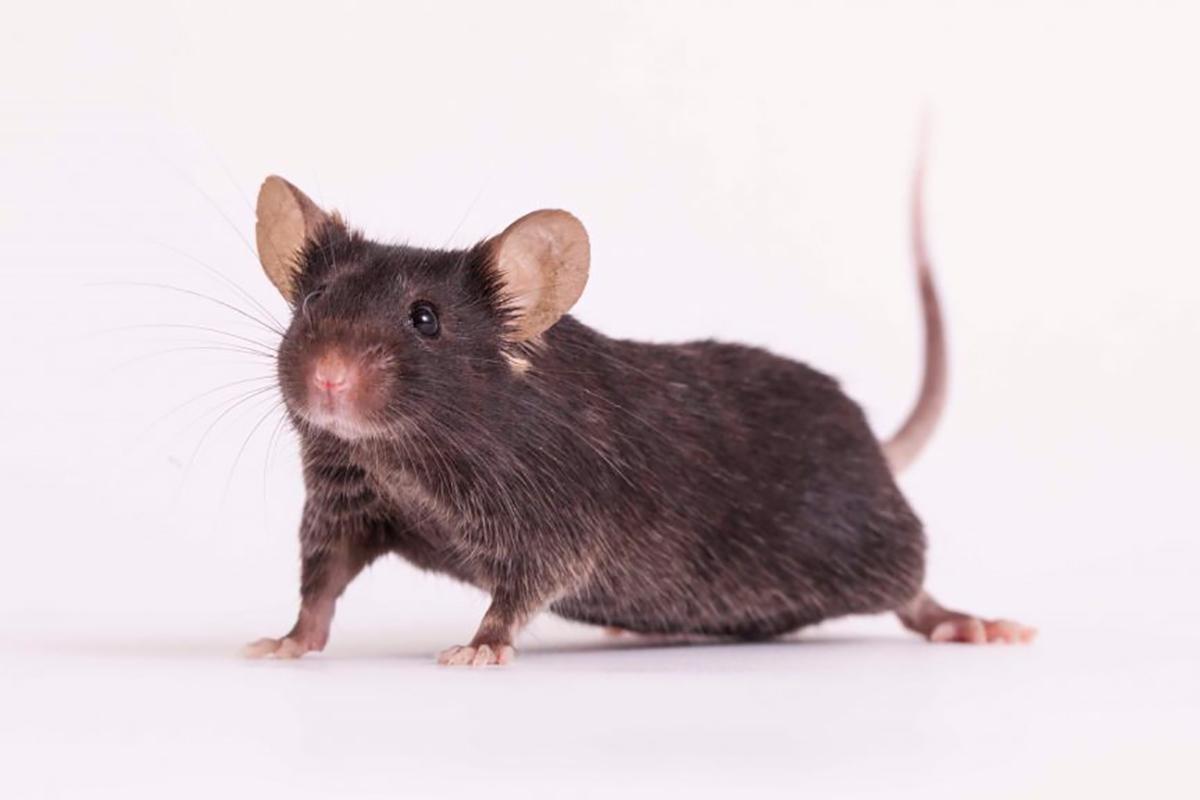 Astronauts who stay in space for a long time can lose muscle mass without the force of gravity to keep them toned. Scientists are experimenting on genetically altered mice to see if they can maintain muscles after a month on the International Space Station.

In the study, published this month in the Proceedings of the National Academy of Sciences, researchers from the Jackson Laboratory in Bar Harbor, Maine, sent 40 young female mice on a trip to the space station. While still on Earth, scientists modified eight to give them a double portion of muscle, then did the same to eight more once they got to space. While the 24 untreated mice lost up to 18 percent of their muscle mass, the engineered mice maintained their brawn. The researchers also modified some of the normal mice after they returned to Earth. Those mice quickly built up more muscle than their nonengineered space travel companions.

The researchers hope their discoveries can help them prevent muscle loss for astronauts on prolonged space missions, like trips to Mars. It could also help people who are confined to a bed or wheelchair. —J.B.

In our neighborhood and many others here in Arizona people have switched to rock landscaping. People do not want to mow.

I drove thru a new housing neighborhood that was built with rock landscaping. It was hot before, but we could tell the difference by putting rocks just in our front yard.

Also, lots of tall concrete buildings and parking lots. Widening freeways. Tall apartments with no place for all the cars to go at rush hour.

Yeah, it has gotten a lot hotter.

It is disappointing that World uses the dismissive slur, "climate alarmist," to denigrate those of us (including overwhelming peer-reviewed climate science studies.)
World of course is not objective in climate. World founder Joel Belz continues to serve on the Board of Cornwall Alliance, an organization headed by Cal Beisner that purports to really care about the environment yet denies anthropogenic climate warming and as far as I can see never seems to take a position that backs government policy protecting the environment. The Free Market, it seems from what I read from them, will take care of God's creation.

For fair play, World, perhaps an interview with Katharine Hayhoe, an acclaimed climate scientist, and by the way, an outspoken committed Christian.