Welcoming the stranger while upholding the law

Ministries wrestle with how to offer effective compassion at the U.S.-Mexico border

Valeria Wheeler is eight months pregnant. But the energetic woman in a white button-down with her hair pulled back in a no-nonsense ponytail hasn’t slowed down. Wheeler directs Mission: Border Hope, a respite center for asylum-seekers. The center sits off of a main thoroughfare in Eagle Pass, Texas, a small city of about 30,000 residents, literally a stone’s throw from Mexico. Border Hope receives immigrants straight out of government custody and helps them find transportation to other areas of the country.

Wheeler whisks around the large warehouse, rarely stopping to sit. The cries of children and the white noise of hundreds of conversations echo through the metal building that is painted a cheerful yellow. She is adept at talking to several people at once. Her eyes dart around the bustling facility. This morning, they are processing about 800 immigrants—the center’s new daily average. It has 14 full-time staff members and, at most, 10 volunteers a month. 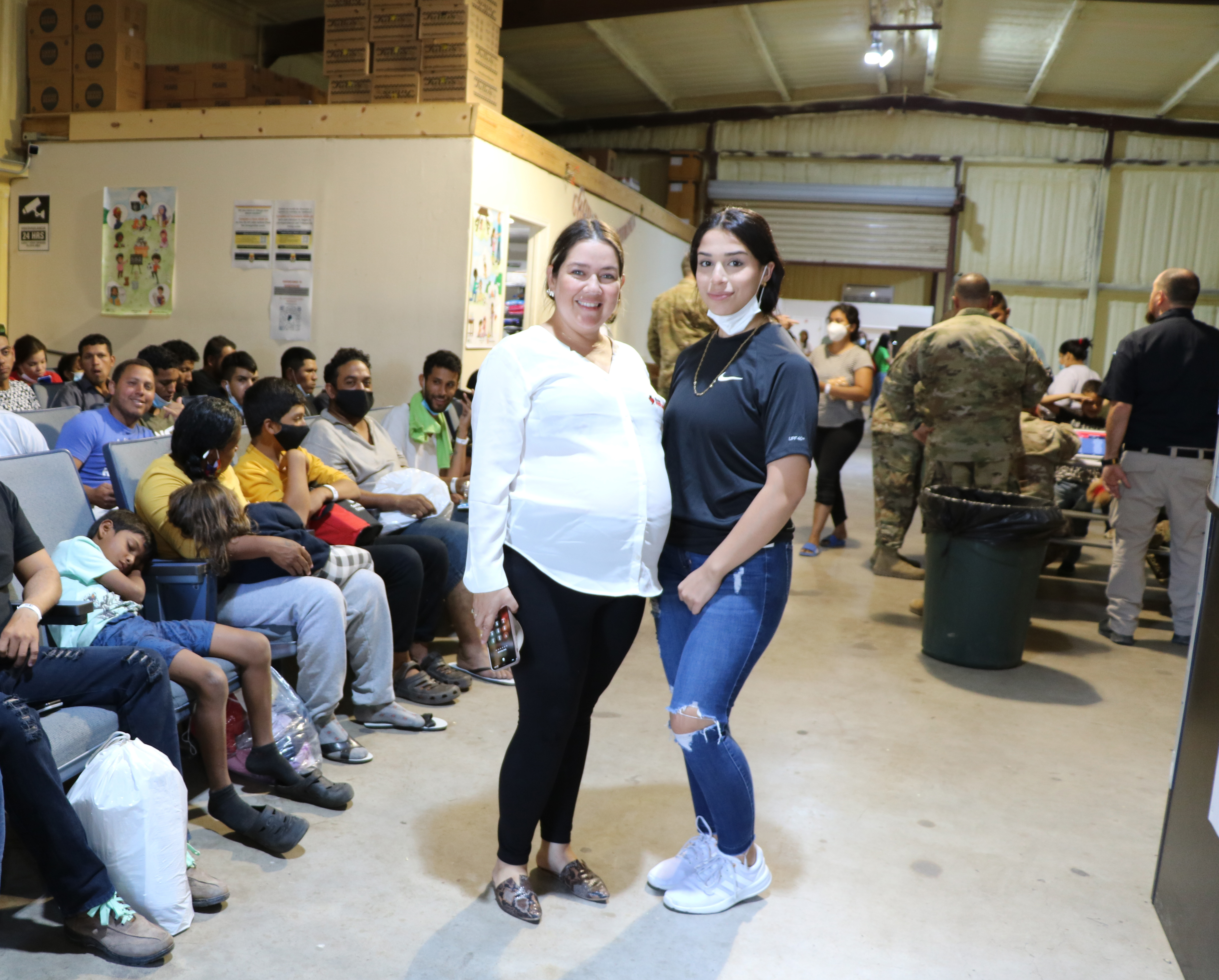 Border Hope hasn’t always handled hundreds of migrants per day. A few years ago, the center wasn’t much different from any other shelter or resource center in a small city. It served vulnerable children, the elderly, and families in poverty. “We’re planning to go back to that,” said Wheeler. But most likely that won’t be anytime soon.

The center is affiliated with the United Methodist Church and is one of several ministries serving asylum-seekers who cross the U.S.-Mexico border. But some border residents see organizations like Border Hope as a part of the problem. Borderland Christians are wrestling with how to offer effective compassion that treats every individual as an image-bearer of God without perpetuating a crisis.

In 2018, Border Patrol asked the center if it could help receive and care for asylum seekers. It started as a trickle. Former President Donald Trump instituted the Migrant Protection Protocols in 2019. The policy known as “Remain in Mexico’’ told asylum seekers to wait across the border in Mexico until their immigration hearings. A federal judge struck down Remain in Mexico in 2021.

Almost immediately, the center began to receive Venezuelans, Cubans, and Nicaraguans, as well as Colombians, Chinese, Russians, Croatians, Afghans, and Georgians. U.S. immigration authorities made a record-breaking 2.3 million arrests during the fiscal year that ended on Sept. 30. The ministry moved into a new facility to handle the growing demand in April 2022. Since then, it has hosted about 70,000 immigrants.

Immigrants have access to eight restrooms and eight showers. Staff members serve cereal, bread, and coffee in the morning and sandwiches and salad or pasta for lunch. They serve a hot meal for dinner. Most of the immigrants leave within five to eight hours of arrival. But 15 percent of the travelers stay overnight on folding mats. The 8,000-square-foot building has the capacity to house 100 people per night. “But we have at one point had to host 200 people,” Wheeler said.

She doesn’t want to expand the overnight capacity. The city can’t handle many more. Eagle Pass has one hospital and no other overnight shelter. Wheeler allows the immigrants to stay longer if they are waiting for family to cross and join them. “They really want to continue their journey together,” she said.

On the morning of Sept. 30, 600 to 800 immigrants discarded their sopping-wet clothes on the banks of the Rio Grande and changed into the fresh outfits they had carried high above their heads in plastic bags. At one crossing point, they walked nearly two miles to reach the nearest highway. Border Patrol picked them up in unmarked white vans. The agents drove the immigrants to the processing center—an orderly maze of large white tents inflated by generators—nicknamed the Firefly Softstation.

Border Patrol turns the immigrants over to the U.S. Immigration and Customs Enforcement (ICE). Last fiscal year, U.S. immigration authorities arrested about 475,000 asylum seekers crossing the border illegally into the Del Rio Sector. The agency doesn’t have 475,000 beds. Most of the asylum seekers are given a court date and released.

From there, ICE buses the migrants to Border Hope. Officers tell Wheeler how many people she can expect each day. The ministry gives a brief orientation to help the immigrants understand where they are and what they need to do. Some don’t realize that they are already in Texas. Today, the center ran out of men’s clothing. And it always needs shoelaces. Border patrol confiscates them at the processing facility to prevent suicides. Each immigrant receives a red drawstring backpack.

Cattle broker Martin Wall winces when he sees another of the tell-tale, scarlet backpacks. As he walked WORLD’s Bonnie Pritchett and me around his 1,000-acre property, he pointed toward a “layup” under a few mesquite trees. It’s a makeshift campsite for the hundreds of migrants who cut his fences and scatter trash across his land. His rough hands are blackened from another day of hard labor.

He says church organizations that feed and care for the immigrants incentivize the chaos. “They’re here illegally,” he said. “I understand the humanitarian issue, but they just make it to where it’s easier for them to get on down the road.” Wall worries that ministries are perpetuating the record numbers of crossings that too often end in drownings or smuggling. He cleans up brutal evidence of the crisis—undergarments swaying in the breeze from the branches of mesquite trees. “If it wasn’t so easy for them, maybe they wouldn’t be coming as much,” he said.

John Paul Schuster has similar reservations. Schuster is a realtor. His wife, Donna, owns 9,000 acres in neighboring Kinney County. The couple lost 10,000 gallons of water after an illegal crosser damaged their irrigation system. “If you end up trying to be humanitarian to them … you’re gonna regret it,” he said. The Schusters and the other landowners we spoke with fear that the cartels and smugglers will “pin drop” their property as a safe location on the maps distributed to illegal border crossers.

“Day and night they’re going to be coming,” he said. “You hate to be callous toward them and resentful, but … if my wife sees them, she turns around and goes the other way,” he said. The Schusters are grateful that their children are grown and have left home. “We don’t eat on the back porch anymore. At night our lights are turned off. … We bought a dog. We’ve never had a dog before,” he said.

Sixty of Roberto Rodriguez’s rugged 200 acres front the Rio Grande—the river that separates him from his Mexican neighbors, who make the best carne asada. Immigrants cross daily. Unless he remains vigilant, their trash litters the banks and clogs the swift river. He has let the reeds grow tall and given up his fishing hobby. When they cross, he does what he can. “I see them thirsty … I tell them, ‘don’t drink this water. This is not drinkable water,’” he said. Instead of the murky river water, he gives them water from the back of his white Chevy truck. But when they ask for a ride to the road, he refuses to break the law.

About 55 miles west of Eagle Pass, Shon Young is the associate pastor at City Church in Del Rio and the president of the Val Verde Humanitarian Border Coalition. Like Border Hope, Border Patrol reached out to City Church in 2019 and asked it to create a respite center for immigrants. The coalition helps them find transportation, feeds them, and gives them Bibles.

Young often hears critiques similar to those of Wall and Schuster. “We get that a lot,” he said, “These little things … the cup of water … or the backpack. … That’s not the reason they’re coming. They’re coming because they’ve lost hope.” For Cubans or Venezuelans, it’s a loss of faith in their governments, Young says. But he guards against what he calls “enablement.” The coalition doesn’t pay their way to San Antonio. It lets them take responsibility for their transportation. “I think not giving them that glass of water, or giving them that meal is a mistake,” he said. “Each one of us is created in the image of God.

“The system’s not perfect, and it needs work, a lot of work,” he said. “But in the meantime, us servants along the border, we don’t really have time to work on those things … everyday life is serving somebody that’s in front of us that’s already been released.”

Back in Eagle Pass, Wheeler takes a similar approach. The center won’t help the immigrants find transportation unless they have shelter at the end of the line. “They need a lot of help in every way: spiritual, psychological, economic …. [These] kids have been in a lot of things an adult might never be.” About 25 percent of the immigrants that arrive from the processing center are families or unaccompanied children. But Wheeler says it’s important to also let them help themselves. They help them communicate with their families but don’t give economic support or pay travel costs. “We don’t want to make things harder for them. But they need to help themselves as much as they can,” she said.

Less than 10 minutes from Border Hope, Christian business owners Oscar and Miriam Salinas are also wrestling with how to offer effective compassion to the immigrants who ask for help. The couple owns Revive Coffee Shop, a one-room coffee shop that also serves breakfast and lunch. Lights are strung across the ceiling. Coordinating decor items hang around the room. 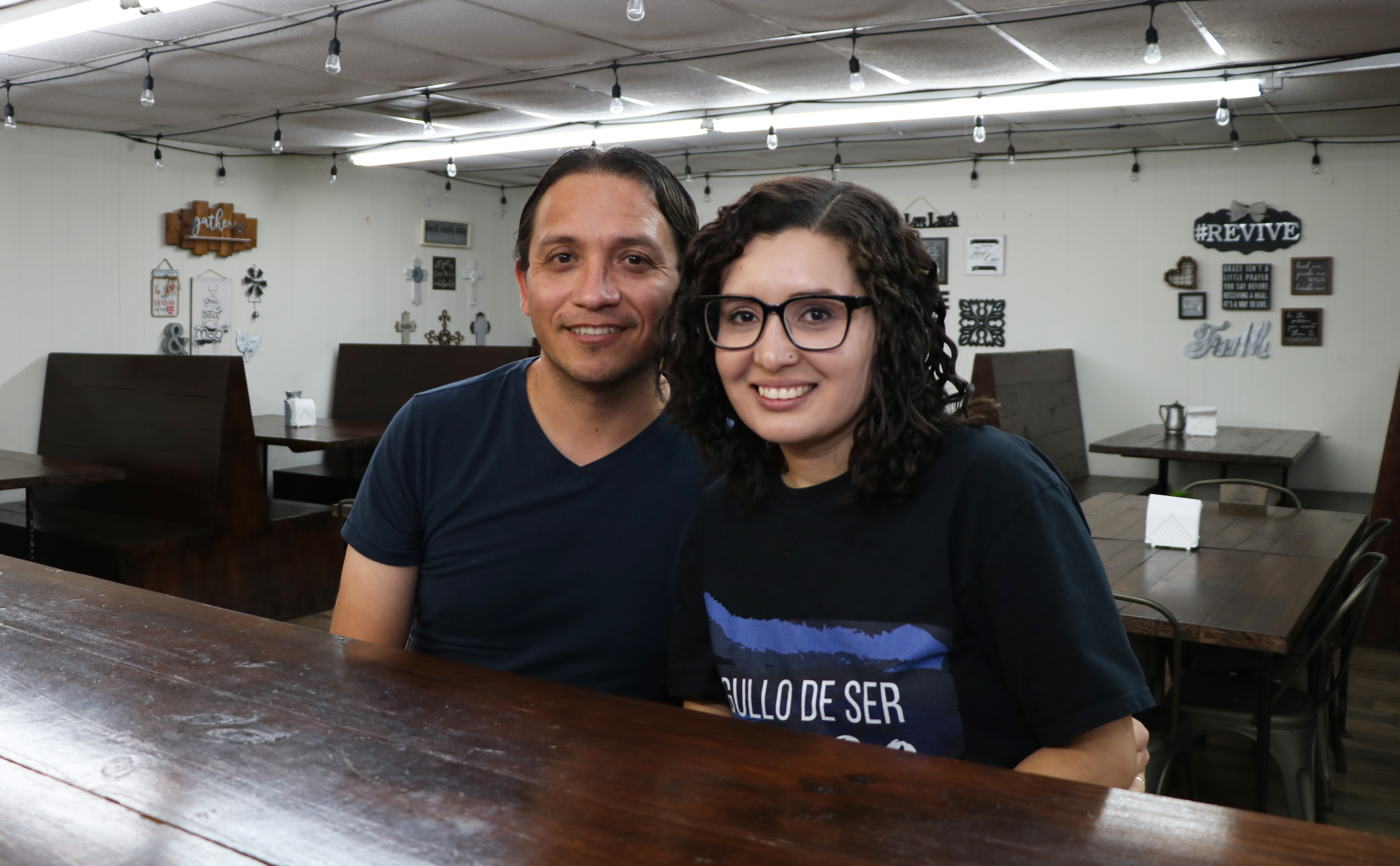 It’s not just a coffee shop. As they make sandwiches and foam milk, the couple uses the space for ministry. In the past, they’ve hosted regular worship nights, and their doors are always open to individuals Oscar calls “criers”—customers who feel the peace in the small shop and tell them their life story often through tears. The Salinases pray with them and share the gospel.

Now they welcome another kind of guest more and more frequently. When asylum-seekers who crossed the border illegally ask for help, they give them food and water. Both Oscar and Miriam were born in Mexico. It took years to go through the process to get permanent residency. When they drive 45 minutes into Mexico to visit Miriam’s family, they see the lines of people walking and waiting. They feel the tension between following the laws like their families did and serving people in need who crossed the border illegally. “It’s complicated … I understand that a lot of people are coming, because we were there once, but I also believe there has to be order,” said Miriam.

They take a risk every time they open their shop to a stranger, so they pray for discernment. But they don’t turn anyone away. “Maybe that’s the reason they’re here,” she said, “for us to be able to share the gospel.”