The battle regarding same-sex marriage seems to be over for now, in the way that the abortion battle is not. Pro-life counselors outside abortion businesses still contribute to some last-minute changes of heart, but pro–Biblical marriage counselors are not standing outside city halls and wedding chapels pleading with same-sex couples about to make their vows.

The gay lobby could declare victory and go home, but instead, it’s pressing for unconditional affirmation, not just tolerance and acceptance. Christians need to respond to attacks carefully and non-hysterically. That’s why Luke Goodrich’s Free to Believe: The Battle Over Religious Liberty in America—a reasonable and hype-free work—was WORLD’s 2019 Book of the Year in the Understanding America category. Here’s an adapted excerpt, courtesy of Multnomah. —Marvin Olasky

In 2018, the Supreme Court ruled in favor of a Christian baker who declined to design a cake for a same-sex wedding, emphasizing that the state commission that attempted to punish the baker showed overt hostility to his religious beliefs. But as I indicated before, the Supreme Court left many questions unanswered, including the biggest one: How will these cases be resolved over the long term?

Given that the Supreme Court has legalized same-sex marriage, the most sensible solution, again, would be a compromise—much like the compromise that governs abortion. Gay couples would have the right to marry; conscientious objectors would have the right to refrain from participating in those marriages. Both sides would remain free to live according to their own values.

What are the main arguments for and against compromise?

As noted earlier, the main argument against compromise is based on the analogy to race discrimination. Just as we don’t allow restaurants to refuse service to African Americans, we shouldn’t allow bakeries to refuse cakes for same-sex weddings.

But conscientious objectors have several strong arguments in response. First, conscientious objectors aren’t engaged in invidious discrimination. In the Jim Crow South, discrimination meant rejecting any intermingling of the races and refusing to serve all African Americans as a class simply because they were African American. Today’s conscientious objectors, by contrast, gladly serve gay and lesbian customers in a wide variety of contexts, and they have no objection to serving gay and lesbian customers as a class simply because they’re gay or lesbian. They’re merely asking not to participate in a particular type of event. In that sense, they’re no different from a pro-choice photographer who serves Christians generally but won’t photograph a Christian pro-life rally. Or a lesbian florist who provides flowers to Catholics generally but won’t provide flowers for an Easter Mass. None of these people are discriminating in the traditional, invidious sense.

There’s no evidence that same-sex couples can’t find other photographers, florists, or bakers for their weddings or that they’ve been shut out of entire areas of the economy.

More importantly, the scale of the legal problem is dramatically different. When the Civil Rights Act of 1964 was enacted, African Americans faced pervasive barriers to participating in the economic, social, and political life of the nation. Entire areas of economic life were completely shut off to them, and racist attitudes were so pervasive that market forces didn’t correct them.

Here, by contrast, we’re talking about a small number of conscientious objectors—a handful of small-business owners unwilling to personally support or participate in a same-sex marriage. There’s no evidence that same-sex couples can’t find other photographers, florists, or bakers for their weddings or that they’ve been shut out of entire areas of the economy. If anything, other vendors are clamoring for their business, and there are “powerful economic incentive[s]” not to conscientiously object. Thus, the reasons for adopting sweeping antidiscrimination laws aren’t present here. …

Conscientious objectors have three main legal arguments. The first is that they don’t discriminate based on sexual orientation; they simply object to promoting a particular message or participating in a particular event.

In many of these cases, business owners have willingly employed gay workers and served gay customers for many years, showing that they have no objection to anyone’s sexual orientation. So their refusal to promote a particular message or participate in a particular event shouldn’t be treated as discrimination. In 2018, the United Kingdom Supreme Court agreed with this argument, concluding that refusing to bake a cake with the message “support gay marriage” was not discrimination based on sexual orientation. Rather, “the objection was to the message, not the messenger.”

The difficulty with this argument is that some courts have refused to recognize a distinction between the message and the messenger, or between the event and the customer’s status. They’ve concluded that if only same-sex couples enter same-sex marriages, then refusing to participate in a same-sex marriage is effectively discriminating based on the couple’s “status.”

Second, conscientious objectors can make an argument based on the right of free speech—particularly when their business is expressive. Under modern free-speech jurisprudence, the government can’t compel people to engage in expression they disagree with. So the argument would be that compelling people to photograph a wedding, design floral arrangements, or create a wedding cake is effectively forcing them to communicate a message they disagree with. Just as the government can’t force an artist to paint a mural celebrating a cause she disagrees with, the government can’t force a baker to design a cake celebrating a cause he disagrees with. The right of free speech trumps the right to be free from discrimination.

The difficulty with this argument is that it’s limited to businesses that are expressive, and it can be difficult to define what counts as expressive. Painting a portrait or writing a speech obviously counts; selling a bottle of wine or renting a tuxedo doesn’t. But many businesses fall somewhere in between. So when the case of the baker reached the Supreme Court, the justices spent much of the argument debating what kinds of businesses are expressive and what aren’t. Are florists expressive? Are makeup artists? Are architects? Is a wedding cake expressive? Does it matter whether the cake is plain or instead has a rainbow on top? Ultimately, arguments based on free speech will protect only expressive businesses but not others.

The right of free speech trumps the right to be free from discrimination.

Third, conscientious objectors can make an argument based on religious freedom. The argument would be that a wedding is a ceremony with tremendous religious significance and that the government can’t force people to participate in ceremonies that violate their religious beliefs— regardless of whether their participation is expressive.

The difficulty with this argument is the Supreme Court’s decision in Smith (see chapter 4), which usually requires conscientious objectors to show that the government was targeting them because of their religious beliefs. Although some conscientious objectors will be able to demonstrate this kind of targeting—as the baker in Masterpiece did by showing that the government made hostile comments about his religious beliefs—other times the targeting will be hidden or nonexistent.

So how will these cases turn out? Who will win?

The easiest cases to predict are the ones that involve the most expressive businesses with the most direct participation in a wedding—such as musicians, wedding coordinators, and wedding celebrants. These types of individuals will have strong free-speech arguments and will typically win.

Harder to predict are cases involving businesses that are less obviously expressive, like wedding venues, florists, or caterers. Some of these businesses may win on free-speech grounds. But they’ll also need to rely on arguments that they aren’t discriminating and that they can’t be forced to participate in a religiously significant ceremony like a wedding. Although these arguments may eventually prevail, that is not guaranteed. And given how slowly constitutional issues are resolved by the Supreme Court—a process that can take many years—we shouldn’t expect a uniform, national answer anytime soon. Instead, most conflicts in the near term will be resolved by lower courts, some of which are friendly to religious freedom and some of which aren’t. So we can expect a messy mix of results, with some wins and some losses.

Adapted from Free to Believe: The Battle Over Religious Liberty in America. Copyright © 2019 by Luke Goodrich. Used by permission of Multnomah, an imprint of Penguin Random House LLC. 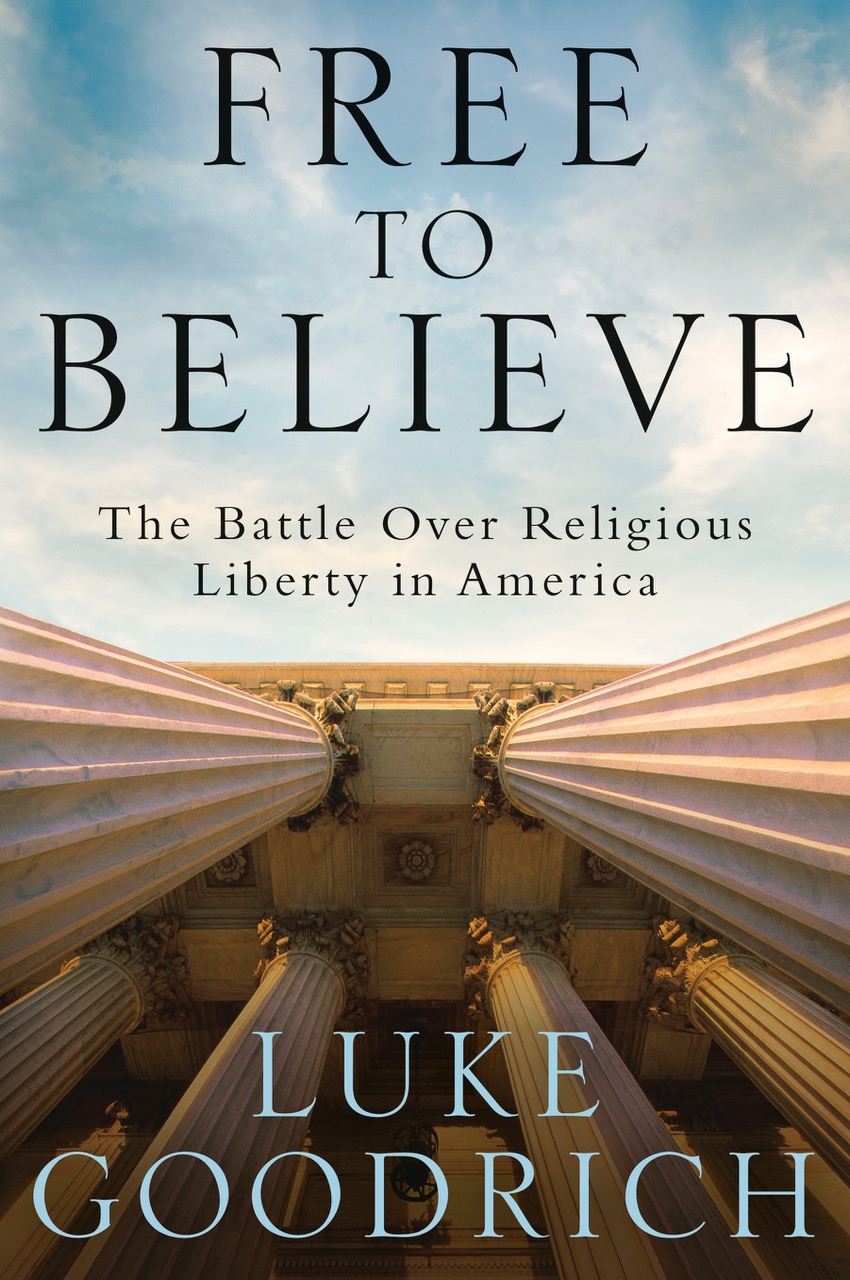 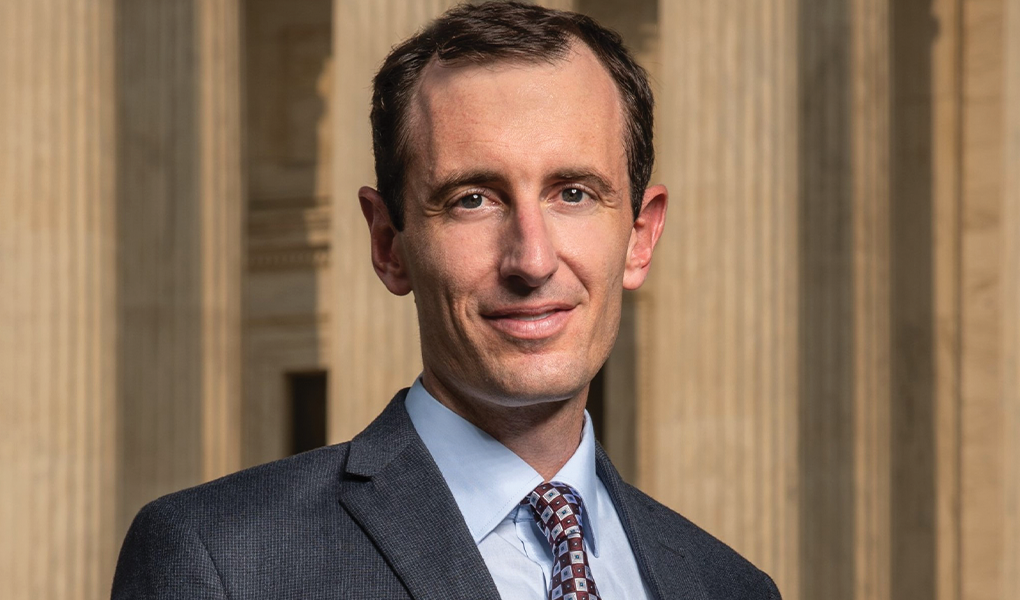 Luke Goodrich Luke is vice president and senior counsel at the Becket Fund for Religious Liberty and teaches constitutional law at the University of Utah S.J. Quinney College of Law.
COMMENT BELOW