The state of Washington this week legalized commercial surrogacy.

Opponents argued the measure exploits women and children by commodifying the womb, but advocates in February successfully pushed the bill through the state House and Senate by narrow margins. Washington Gov. Jay Inslee, a Democrat, signed it into law Tuesday.

The measure updates the Uniform Parentage Act that governs how legal parent-child relationships are established or challenged. The law previously prohibited surrogacy contracts that included compensation.

No federal laws govern surrogacy, and less than half of states have clear legislation on the issue. Even fewer have a clearly regulated surrogacy industry.

Washington’s new law, which goes into effect Jan. 1, 2019, establishes just that. It sets guidelines for the contractual arrangement of surrogacy: Surrogates must be over 21 years old and have already delivered at least one child. Medical and mental health evaluations are required for both surrogates and the intended parents. Surrogates can be compensated for a total of two surrogacy agreements that result in children; there is no limit to how many surrogates a person can hire.

Surrogates have no claim to the children they carry. The law states they have the right to “make all health and welfare decisions regarding [their] pregnancy,”—an odd stipulation in light of the fact that almost all surrogates agree to contracts with a “termination clause” requiring them to abort the baby or babies at the request of the intended parents. The intended parents are the exclusive parents and assume financial responsilibity for children once they are born.

Advocates for commercial surrogacy describe it as an altruistic act that helps infertile couples, but they also call for regulations to protect all parties.

But there is no way to regulate the rental of a womb and the sale of a child, according to Jennifer Lahl, president of the Center for Bioethics and Culture.

Lahl testified against the bill before members of the Washington legislature in February.

She urged the committee to abandon efforts to regulate the industry and instead abolish surrogacy: “Commercial surrogacy is indistinguishable from the buying and selling of babies. What is a surrogate being paid to do? Gestate a baby and hand that baby over in exchange for money.”

Lahl noted surrogacy is largely illegal in Europe. A European Parliament resolution passed in 2015 stated the practice undermines the dignity of women by using the reproductive body as a commodity, a form of violence against women.

When asked why the legislature moved ahead with the regulation in spite of her and others’ concerns, Lahl told me, “Because adults with money want what they want. Adult desires trump women’s human rights, children’s human rights.”

Lahl predicts Washington, like California, will become a “reproductive tourism state.” The new law has no residency requirement for the surrogate or the intended parents; the law only requires one legal medical evaluation occur in the state. Couples from states where surrogacy is prohibited can hire a surrogate, and as long as she has one medical procedure in Washington, the contract is valid under Washington law.

Many Republican legislators opposed the law, and the House voted on strict party lines. LGBT activists widely support commercial surrogacy because it allows gay and lesbian couples to have children without the often arduous process of adoption.

In an interview with regional talk show host Todd Herman, state Rep. Liz Pike, a Republican, listed other concerns, including the lack of limits on how many people can hire a surrogate and be listed on the resulting child’s birth certificate. Unlike adoption, said Pike, where the health and well-being of the child is at the center of every piece of regulation, this law takes the child out of the discussion.

“This is the most offensive piece of legislation that I have seen in the six years that I have served in the Washington state House of Representatives,” Pike said. “What it does is it monetizes and commercializes the female womb and it allows people to actually purchase human babies. … It is unconscionable that a bill like this would be debated, let alone passed.” 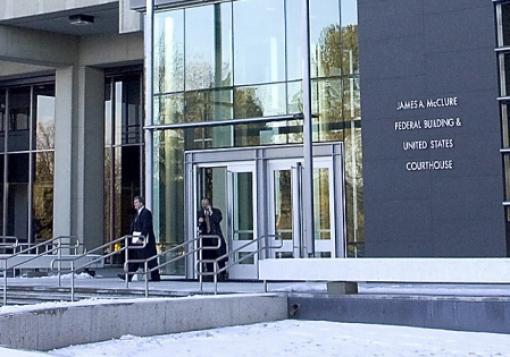 A hazy understanding of biological sex

“A rule providing an avenue to obtain a birth certificate with a listed sex that aligns with an individual’s gender identity promotes the health, well-being, and safety of transgender people without impacting the rights of others,” Dale wrote.

Dale ordered Idaho to begin taking applications to change the sex on birth certificates by April 6, noting that the reissued certificates cannot include a record of the switch.

The plaintiffs in the case, both men who identify as women, said they faced harassment and hostility when they had to present identification that did not reflect their appearance.

Before the ruling, Idaho was one of just four states, including Kansas, Ohio, and Tennessee, that prohibited people from changing the sex on their birth certificates. Other states such as Alabama allow a change but issue an amended birth certificate with the change noted.

Dale’s written decision acknowledged that sex is biological, while gender identity is an “intrinsic sense.” She also acknowledged birth certificates designate sex rather than gender. Although her ruling contained all the facts necessary for a reasonable decision, she ignored them, according to Peter Sprigg, a senior fellow for policy studies at the Family Research Council.

“Unfortunately, this judge substituted her own hazy (but politically correct) philosophy for a straightforward reading of the law,” Sprigg said, noting the decision reflected a “purely metaphysical view that the mind is everything and the body is nothing when it comes to deciding who is male or female.” —K.C. 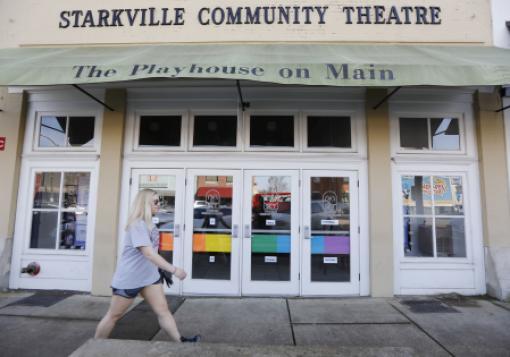 Make way for the parade

Two parade organizers filed a federal lawsuit against the town, arguing it violated their freedom of speech and expression. Their lawyer, Roberta Kaplan, famously represented Edith Windsor before the U.S. Supreme Court in United States v. Windsor, which struck down a section of the Defense of Marriage Act and laid the groundwork for the 2015 Obergefell decision legalizing same-sex marriage.

The proposal was reintroduced, and Starkville Mayor Lynn Spruill on Tuesday broke a 3-3 tie to allow the parade after Alderman David Little abstained from the vote, saying it was in the city’s interest to move beyond the matter. The parade will be March 24. —K.C.

Researchers last week published what is believed to be the largest scientifically vetted family tree in the world. A team from Columbia University, the ancestry company MyHeritage, and the New York Genome Center worked on the project for seven years. They collected 86 million profiles from a public online database called Geni.com. After validating the data, they ended up with 5.3 million family trees, spanning 500 years. The largest tree connected 13 million relatives, mostly of European descent. (Note: All 13 million people are related to actor Kevin Bacon.) They published an article about their findings in the journal Science on March 1. —K.C.

It is a ridiculous reversal of standards that the party that sanctifies "my body, my rules" is defending commercialization that commodifies women's bodies. From other reading I've done, surrogacy contracts often specify what diet, activity, and travel the surrogate can do, in addition to specifying that she must abort if the couple requests it with no reason required. How can they argue that consent to sex may be withdrawn nonverbally in the middle of the act, yet ok signing away so much authority of one's body for a full nine months? It sounds like they're more interested in defending anything that defaces godly procreation than a consistent ideology.

At the risk of sounding like a dullard...I have to doubt the validity of the comment that “all 13 million people are related to Kevin Bacon” (in the article entitled “World’s largest family tree”.)  It must be a joke.