A popular Virginia teacher sued the school for firing him after he refused to use male pronouns to address a female student who identified as transgender.

Peter Vlaming, a former French teacher at West Point High School, filed a lawsuit against the West Point School Board after the school fired him in December 2018. West Point had issued him an ultimatum: Use the male pronoun for a female student or lose his job. Vlaming referred to the student by her chosen, though traditionally male, name and avoided using any pronouns to address pupils to accommodate the transgender student. Unsatisfied, school officials demanded that he speak specific words—the pronouns “he” and “him.”

Vlaming, a Christian, said the school board tried to force him to communicate a message he doesn’t believe: That “gender identity, rather than biological reality, fundamentally shapes and defines who we are as humans,” according to his lawsuit. To refer to a female student by male pronouns would require him to lie intentionally.

“Peter went out of his way to accommodate this student as he does all his students; his school fired him because he wouldn’t contradict his core beliefs,” said Alliance Defending Freedom legal counsel Caleb Dalton, who represents Vlaming. “The school board didn’t care how well Peter treated this student. It was on a crusade to compel conformity.”

Dalton told me that cases like Vlaming’s have become more common. In May 2016, the U.S. departments of Justice and Education under President Barack Obama issued a guidance letter equating gender identity discrimination with sex discrimination. The Trump administration withdrew the guidance in February 2017. The school gave Vlaming a copy of the letter, as well as a document from political advocacy organization the National Center for Transgender Equality, as justification for the pronoun command.

Other teachers have run afoul of the pronoun police. Nicholas Meriwether, a philosophy professor at Ohio’s Shawnee State University, filed a federal lawsuit in November 2018 after university officials disciplined him because he declined to use feminine courtesy titles and pronouns to refer to a male student who identified as a female. He said to do so contradicted his Christian convictions. Last month, a federal magistrate judge recommended Meriwether’s complaint be dismissed. Meriwether plans on filing objections to the recommendation, and a district court judge must consider his arguments before a final ruling.

University of Toronto psychology professor Jordan Peterson ignited perhaps the most notorious pronoun storm when he took to YouTube to object to a proposed change in Canadian law adding gender identity and gender expression to its anti-discrimination rules. Peterson also opposed the university making anti-bias and anti-discrimination training mandatory for its staff—a move he described as a harbinger of a totalitarian state. “I don’t recognize another person’s right to determine what pronouns I use to address them,” the author of the best-selling 12 Rules for Life: An Antidote to Chaos told Toronto Life.

Vlaming has not written a book, recorded a YouTube rant, or taken on all the confusion surrounding gender dysphoria. He just wants to teach French. After learning of his firing, a large group of students staged a walkout to protest the school board’s decision, The Christian Post reported. Dalton said Vlaming has been unable to find work as a teacher since then. He had to take a non-education job to support his family—all over pronouns.

“I love French. It’s fascinating and beautiful,” Vlaming said. “I’m saddened that West Point Public Schools wouldn’t work with me to reach a happy situation for everyone on this matter so that we could all continue on with learning in mutual respect.” 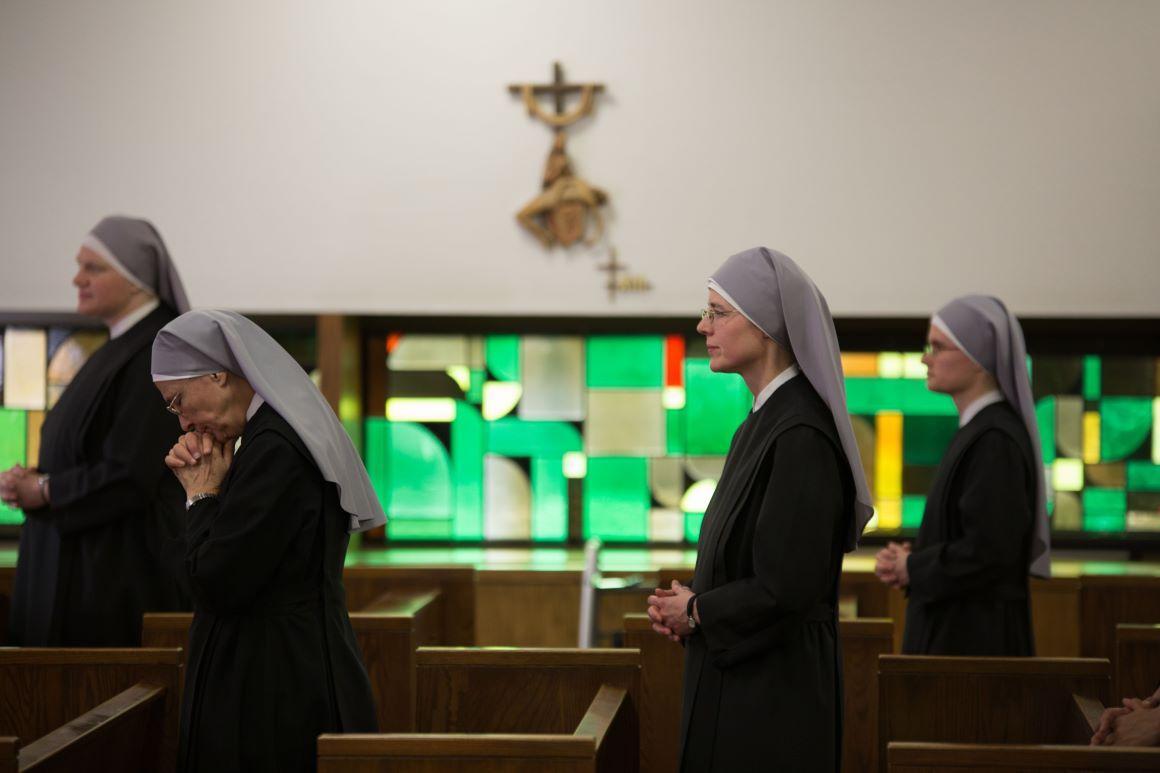 For the third time in six years, the nuns of the Little Sisters of the Poor asked the Supreme Court to stop the U.S. Department of Health and Human Services (HHS) from requiring them to provide contraceptive services in their healthcare plans.

The group expected relief after President Donald Trump expanded the list of entities eligible for a religious exemption to the HHS contraceptive and abortifacient mandate, part of the Affordable Care Act.

Courts have not ruled definitively whether the Religious Freedom Restoration Act (RFRA), a 1993 law requiring the highest standard of review for laws burdening the free exercise of religion, protects the nuns from the contraceptive mandate. The Supreme Court dodged the RFRA question in 2016 with its Zubik v. Burwell ruling about the issue. The justices sent the case back to lower courts and directed the parties to try to reach a compromise. The decision implied that the government could revise the rules to give more leeway to religious objectors. In 2018, HHS issued a new rule with a broader religious exemption that would have covered the Little Sisters, but states continued to challenge the law. In July 2019, a lower court maintained an order blocking the broader exemption from taking effect. The nuns’ Oct. 1 petition asks the Supreme Court to overturn that decision.

“This is a nonsensical political battle that has dragged on six years too long. These states have not been able to identify a single person who would lose contraceptive coverage under the new HHS rule, but they won’t rest until Catholic nuns are forced to pay for contraceptives,” said Mark Rienzi, president of Becket, a religious liberty law firm representing Little Sisters. “It is time for the Supreme Court to finally put this issue to rest.” —S.W. 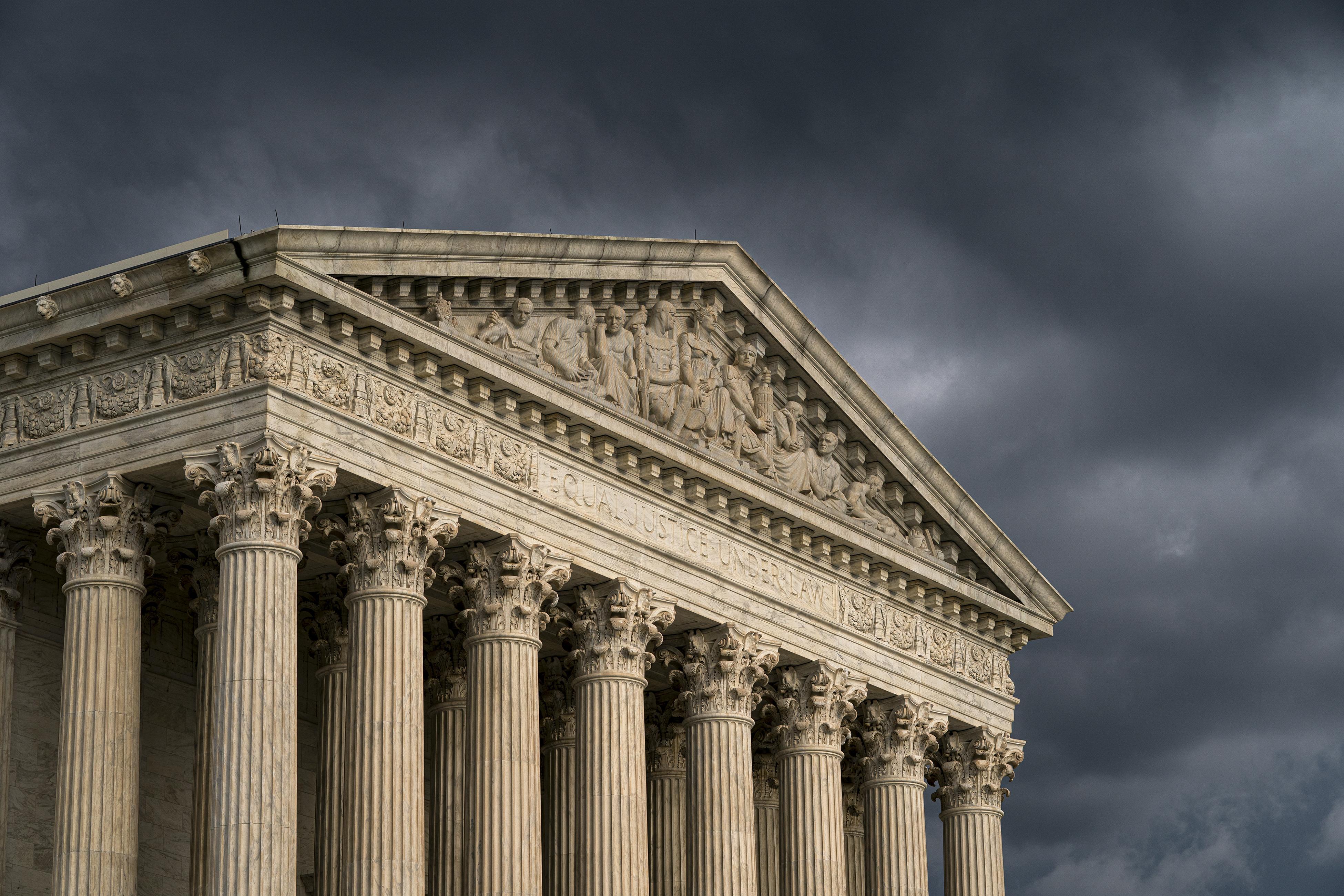 The Supreme Court on Tuesday morning heard oral arguments in two cases that could dramatically affect religious business owners around the country. Both cases focus on the definition of “sex” in Title VII of the Civil Rights Act.

In one, a transgender funeral home employee sued his Christian employers for not allowing him to follow the female dress code at work. Owner Thomas Rost said he could not in good conscience permit Anthony Stephens (who now goes by Aimee) to present himself as a woman to grieving clients. Rost’s attorneys from Alliance Defending Freedom argued that redefining “sex” to include gender identity would put too much of a burden on the free exercise of religious employers. The second case dealt with several individuals who claimed they were fired for their sexual orientation.

The court’s four liberal justices are likely to side with the employees, who argue that sexual orientation and gender identity should be protected under the law that prohibits employment discrimination based on sex.

The conservative justices seemed more conflicted. Justice Samuel Alito said Congress did not envision sexual orientation or gender identity when it passed the law in 1965. “You’re trying to change the meaning of ‘sex,’” he said. Justice Neil Gorsuch suggested the LGBT workers had strong arguments but wondered about “the massive social upheaval” the ruling could cause. Chief Justice John Roberts questioned the attorneys about how redefining sex would affect employers with religious objections. A decision is expected by early summer 2020. —Rachel Lynn Aldrich 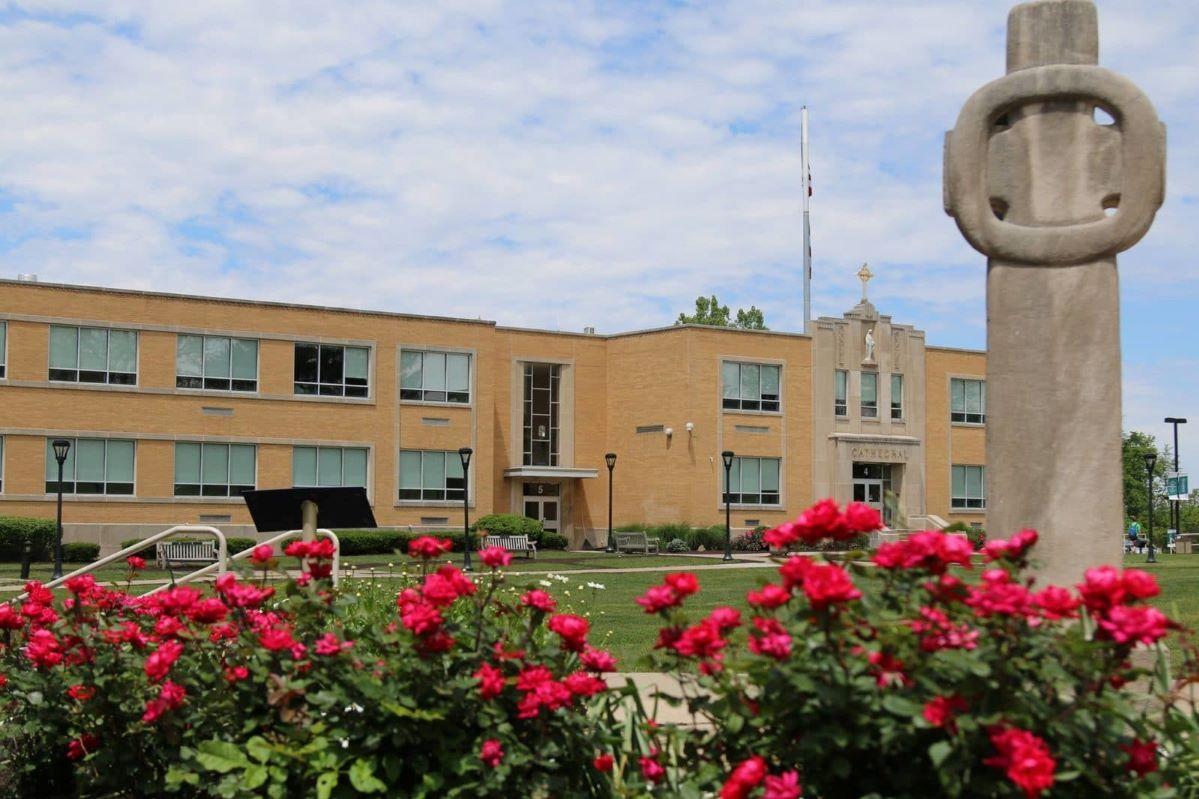 The Department of Justice said a Catholic diocese has the right to fire a high school teacher who entered a same-sex marriage.

The department filed a statement of interest in the case of Cathedral High School, which fired teacher Joshua Payne-Elliott after the Archdiocese of Indianapolis said continuing his employment would result in the school losing its Catholic identity. Payne-Elliot filed a lawsuit against the archdiocese in state court seeking damages for interfering in his employment relationship with Cathedral.

The archdiocese has asked the court to dismiss the lawsuit. It argues, as does the Justice Department, that the First Amendment protects the right of religious organizations to define what it means to be Catholic. “If the First Amendment means anything, it means the government can’t punish the Catholic Church for saying who is Catholic,” said Luke Goodrich, vice president and senior counsel at Becket, which is representing the archdiocese. —S.W. 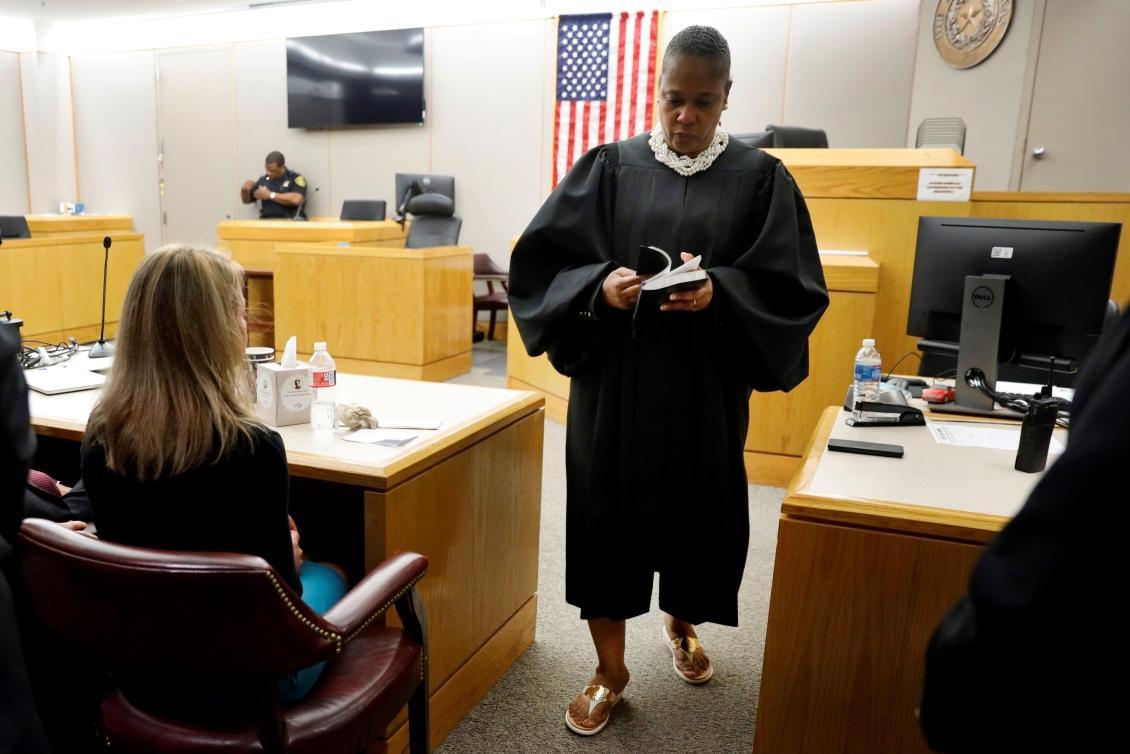 The video of Brandt Jean embracing the former Dallas police officer convicted in his brother’s death went viral. Afterward, Texas District Judge Tammy Kemp also hugged the former officer, 31-year-old Amber Guyger, after handing down a sentence of 10 years in prison. Kemp gave Guyger a Bible and said, “You just need a tiny mustard seed of faith. You start with this.”

The hypervigilant Freedom From Religion Foundation filed a complaint with the State Commission on Judicial Conduct arguing that Kemp’s “proselytizing actions overstepped judicial authority.” The atheist group contends that Kemp’s gift and comments to Guyger were unconstitutional even though they occurred after the hearing concluded.

Hiram Sasser, general counsel at the religious liberty defense group First Liberty, defended Kemp in a tweet. “We should all be thankful the law allows Judge Kemp’s actions,” he said. “We stand with her and will gladly lead the charge in defending her noble and legal actions.” —S.W.