Shops and businesses across the city of Goma, Congo, slowly reopened their doors this week. Drivers ventured onto the streets again, weaving around large cracks in the road, one of the visible signs of the red lava that spewed across the city only two weeks ago. Resuming activity has brought some sense of normalcy to the city, but residents are still grappling with the aftermath of the disaster.

Mount Nyiragongo, one of the world’s most active volcanos, erupted without warning on May 22, pouring lava onto villages on the outskirts of Goma about six miles away, where it destroyed thousands of homes and killed more than 32 people.

The volcano last erupted in 2002, killing hundreds and leaving more than 100,000 others homeless. This time, the eruption displaced about 450,000 people, including many who fled into neighboring Rwanda. The United Nations’ children’s agency identified 1,361 unaccompanied children but reunited most of them with their families.

One pastor in Sake, a town about 14 miles from Goma, told Tearfund that many people came to his church seeking help. “So we decided to open the church to shelter them,” he said. “We asked our congregation to help, but we are in urgent need of food, water, medicine for those who are sick, we need latrines and other sanitation facilities.”

The lava also flowed into the city’s main reservoir, making water scarce. The price for clean water has doubled, according to the International Committee of the Red Cross (ICRC). “Some of our teams are moving with the population, others repair the reservoir or facilitate the supply of water by tanker truck to hospitals and Goma prison,” said Rachel Bernhard, head of the country’s ICRC delegation.

Volcanologists warn that risks remain. The eruption triggered dozens of earthquakes, and authorities fear the ongoing activity could spark a “limnic eruption”, causing deadly gas to rise from under the nearby Lake Kivu.

Late on May 27, the government ordered people to evacuate several villages in response to ongoing threats. “I can’t think of another emergency in recent years where a city has been forced to evacuate en masse in a day,” said David Munkley, World Vision’s eastern country director in Congo.

Local authorities encouraged residents to stay away, remain vigilant, and listen for updates. “We are still in the red phase,” Ndjike Kaiko, spokesperson for the local crisis management unit, said on Monday.

Some residents have started to return to the area, but many still fear another eruption. “I’m mostly afraid of the gas,” Charmante Kivara Siviwha, who has been sleeping on the concrete floor of a classroom, told the New York Times. “But the earthquakes are also very scary.”

The disaster hit a region already beset by armed conflict. In the aftermath of the eruption, ICRC is working to continue other services, such as caring for gunshot wound victims from across the North Kivu province in Ndosho hospital. North Kivu and Ituri provinces are at the center of armed violence mostly attributed to the Allied Democratic Forces. At least 55 people died in targeted attacks on two villages some 200 miles north of Goma on Monday. Goma serves as a regional hub for several humanitarian agencies and the United Nations peacekeeping mission active in the region.

On May 6, President Félix Tshisekedi placed the two provinces under military control to curb the violence. “The people of North Kivu have already struggled with socio-economic challenges and the consequences of armed conflict for decades,” said Raphaël Tenaud, ICRC operations manager in Goma. “With each crisis, the capacity for resilience diminishes.”

Couples in China may now legally have up to three children, the ruling Chinese Communist Party announced on Monday.

Party leaders said the eased limits would help to improve China’s population distribution. Earlier in May, China reported slowed population growth, as the working population between 15 to 59 dropped to 63.3 percent last year, down from 70.1 percent a decade earlier. The group aged 65 and older grew to 13.5 percent from 8.9 percent.

In order to curb the effects of previous population control policies, officials also agreed to raise the country’s retirement age and improve pension and health services for the elderly, according to Xinhua state media.

China changed its one-child policy to a two-child policy in 2015, but that did little to shift the culture. Couples continue to complain about the high costs of raising children, caring for their elderly parents, and keeping up with hectic work schedules. “When hearing the news today, my colleagues joked that unless the government rewards us with a flat and a degree for every single child we give birth to, the policy has nothing to do with us at all,” Jia Shicong, a 31-year-old education project manager, told The Guardian. —O.O. 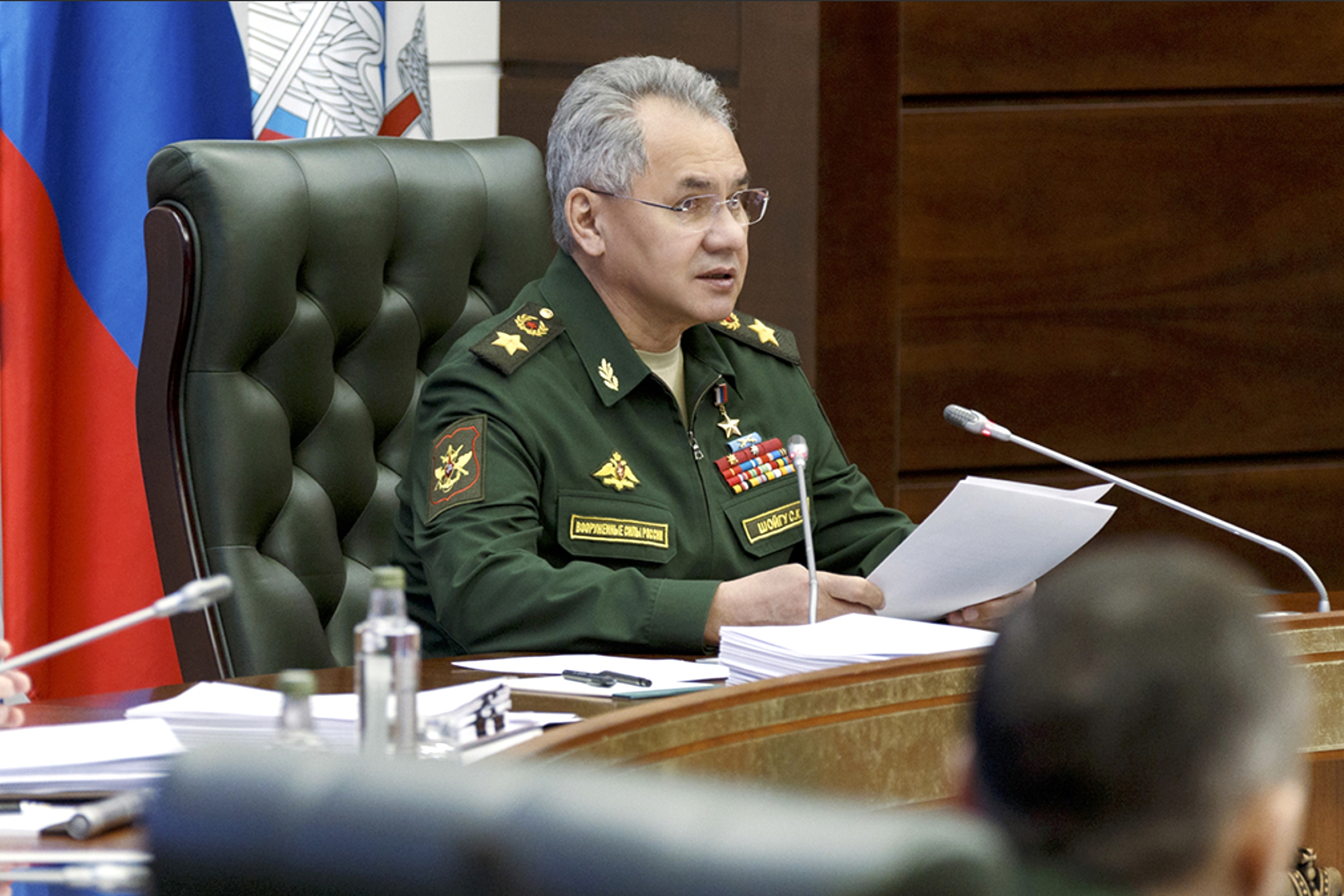 Russia will set up 20 new military units in its western district to oppose what it calls a growing threat from NATO, the country’s defense minister said this week.

Russian Minister of Defense Sergei Shoigu on Monday pointed to the rising number of flights by U.S. strategic bombers near Russia’s borders, major drills by alliance forces, and the deployment of NATO warships. He said regional military outposts commissioned 2,000 new weapons this year. “The actions of our Western colleagues are destroying the world’s security system and force us to take adequate countermeasures,” Shoigu said.

NATO warships, aircraft, and thousands of troops are participating in military exercises across the Atlantic, through Europe, and into the Black Sea region. NATO said the activities are not targeted at Russia but are intended to simulate a response to any attack on its 30 member states.

Tensions between NATO members and Russia persist over the arrest of Alexei Navalny, the military buildup near Ukraine, and claims that it engaged in hacking the U.S. election. U.S. President Joe Biden and Russian President Vladimir Putin are scheduled to meet in Geneva on June 16, but the White house hasn’t specified what they will discuss. —O.O. 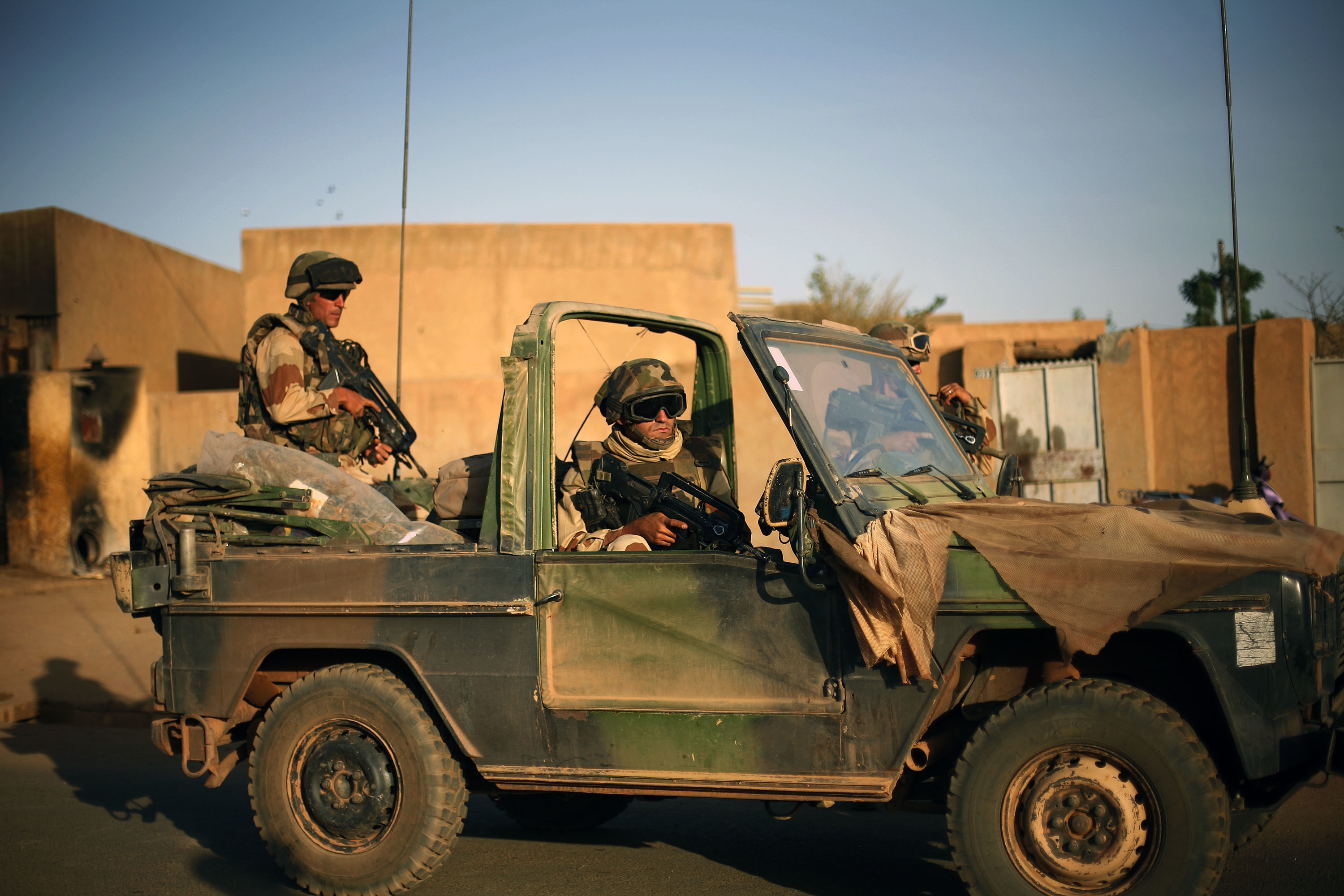 Macron told French newspaper Le Journal du Dimanche he has informed regional leaders that France would not support countries without democratic legitimacy or legal transitions, adding he had no intention of keeping troops in Africa forever. France has about 5,100 troops deployed on the continent under Operation Barkhane, a campaign designed to battle insurgency across Burkina Faso, Chad, Mali, Mauritania, and Niger.

Authorities in Hong Kong banned any vigils commemorating the Tiananmen Square massacre on Friday for the second consecutive year, citing pandemic restrictions. On Wednesday, authorities also shut down the June 4th Museum in Hong Kong, claiming it lacked the necessary licenses to hold a public exhibition. On Friday, 7,000 police officers gathered at the city’s Victoria Park to prevent the previously annual vigil.

June 4 marks the 32nd anniversary of the day when Chinese troops opened fire on pro-democracy protesters in Beijing, killings hundreds or possibly thousands. Mainland China has long banned any public memorials of the incident.

Thousands of people gathered last year in Victoria Park in Hong Kong despite the ban. A week later authorities detained more than 20 activists who participated. Pro-democracy activists now face additional risks due to the national security law. Police have already arrested one organizer of the annual candlelight vigil prior to the event.

In response to the ban, organizers in Hong Kong encouraged residents to light a candle wherever they are at 8 p.m. Social media posts also encouraged people to dress in black. In Taiwan, several groups announced online events as the island battles a jump in COVID-19 cases. —O.O.