The historic meeting kicks off with historically low expectations

Pope Francis opened a four-day summit at the Vatican Thursday on preventing clergy sexual abuse by demanding action, not just condemnation. But critics are skeptical the meetings will set a new course for the church, particularly because the narrow focus of the gathering may fail to address the root cause of the crisis.

Organizers decided to restrict the topic of the summit to the sexual abuse of minors, bypassing two glaring issues some argue should be on the agenda: the sexual abuse of adults, especially seminarians and nuns, and homosexuality among Catholic leaders.

“I think that’s a mistake,” Mary Rice Hasson, a fellow in Catholic Studies at the Ethics and Public Policy Center and the director of the Catholic Women’s Forum, told me. She said the abuse of minors as well as the abuse of seminarians and clergy sexual misconduct are all “rooted in the same toxic culture of sexual indulgences and secrecy.”

The case of former U.S. Cardinal Theodore McCarrick, whom Francis defrocked just this past weekend, illustrates the multifaceted nature of the crisis. Multiple men have said McCarrick abused them—some when they were minors and others when they were adult seminary students. The alleged abuse spanned McCarrick’s career as a priest, bishop, archbishop, and cardinal. A church whistleblower has said knowledge of the accusations against McCarrick reached as high as the Holy See at times, and yet McCarrick was allowed to advance through the church hierarchy and did not face any official public discipline until last year.

Hasson said Catholics have questions about why no one besides McCarrick has been held accountable in the scandal, and why the pope has not addressed charges he knew of McCarrick’s behavior in 2013 and did nothing.

“Catholics are right to demand more from the church, so if the summit fails to deal with this problem, Catholics will react—perhaps by keeping their wallets closed, turning up the pressure locally or, sadly, leaving the church,” she said.

During a news conference on Tuesday, the summit organizers fielded questions from journalists about whether priests, bishops, and cardinals have been unwilling to denounce each other because of widespread homosexual behavior throughout the hierarchy. One journalist asked about a book released this week, In the Closet of the Vatican, by a French writer who spent four years investigating the double lives of Catholic bishops and cardinals and called the Vatican one of the world’s largest gay communities. “I think you were right to say it is a hypothesis,” Cardinal Blase Cupich of Chicago responded, “and hypotheses have to be proven.”

The U.S.-based Catholic Women’s Forum sent a submission to the Vatican this month to give a voice to American women on the issue of clergy sex abuse. One part of the submission was a letter from a mother of a 16-year-old boy who was molested in 2015 by the family’s longtime parish priest in Louisiana. Another was a survey of more than 5,000 Catholic women in the United States, the vast majority of whom reported a significant lack of trust of the Catholic hierarchy and expressed support for institutional reforms and a code of conduct for bishops to stop clergy from living “double lives.”

Hasson said she doesn’t expect the summit will yield concrete results relevant to the concerns of U.S. Catholics, but she does expect the U.S. Conference of Catholic Bishops to take up accountability proposals—suspended by the Vatican at the conference meeting in November—at its next gathering. She also hopes individual U.S. bishops will move ahead on their own, “willingly binding themselves to codes of conduct and establishing reporting mechanisms, being transparent about credible allegations and how cases are handled at all steps, and incorporating lay people to ensure accountability.”

Hasson added, “That is the way forward—diocese by diocese. Bishops have an opportunity to prove they are trustworthy by taking the initiative and doing whatever it takes—showing the love of a spiritual father for a hurting flock.” 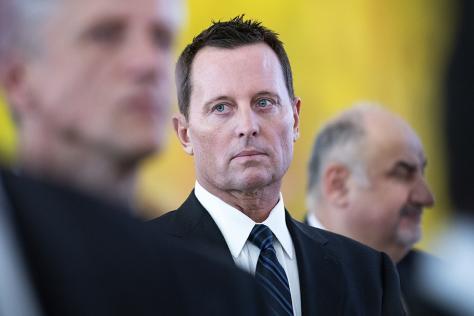 The U.S ambassador to Germany this week announced a campaign to end the criminalization of homosexuality globally. NBC News reported the story on Monday, saying Richard Grenell will lead an international push involving the European Union, the United Nations, other U.S. embassies, and the U.S. State Department’s Bureau of Democracy, Human Rights, and Labor. Grenell hosted a dinner Tuesday night at his residence in Berlin to discuss the effort with a dozen LGBT advocates.

But the State Department has not announced the effort, according to The New York Times, raising questions about the extent to which the Trump administration is behind the plan. At a news conference in the Oval Office on Wednesday, President Donald Trump bypassed a question about it, seeming unsure of what the reporter was referencing, saying, “I don’t know which report you’re talking about.”

About 70 countries around the world—mostly concentrated in the Middle East, Africa, and the Caribbean—have laws that criminalize homosexual identity or conduct, according to the International Lesbian, Gay, Bisexual, Trans, and Intersex Association. Grenell said the campaign would push exclusively for decriminalization and will not push for broader rights like same-sex marriage. The campaign was a response to a reported execution by hanging of a homosexual man in Iran, he said. If implemented, the campaign will likely spark tension between the United States and Muslim allies such as Saudi Arabia and the United Arab Emirates, as well morally conservative African countries. —K.C. 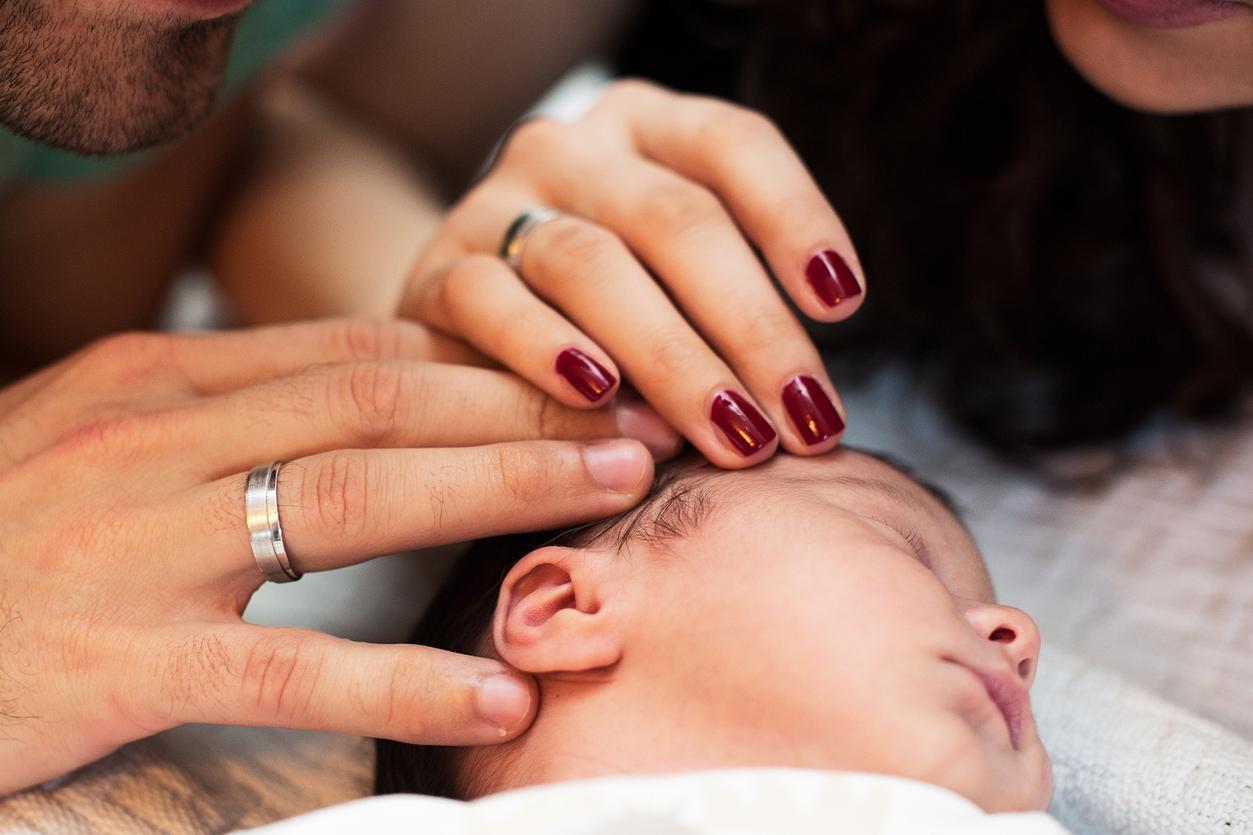 Two recent articles by the Institute for Family Studies point to research that supports Biblical marriage and parenthood. The first article details analysis by the National Marriage Project and The Wheatly Institution that found, despite common myths, marriage is still better than cohabitation when it comes to relationship quality. Married adults are more likely to report relationship satisfaction and higher levels of commitment and stability.

The second article summarizes a paper released last month by the National Bureau of Economic Research that found that children become more like the parent with whom they spend more time, pushing back on the argument that parenting matters less than genetics and peer influences when it comes to how kids turn out. The paper looked at the probability of students passing a college matriculation exam and found the education level of the parent who spends the most time with them, compared to a parent who passed away, most influences their chances of passing the test. —K.C.

Major U.S. airlines bowed to gender activists last week and confirmed they are updating their booking software to add a third gender option for passengers. Alaska Airlines, American Airlines, Delta Air Lines, JetBlue Airways, Southwest Airlines, and United Airlines said the change will be made in the next several weeks. —K.C.

And adding an unknown variable to their calculations helps . . . how?  I would think the NTSB and FAA would have something to say about that.

I thought the same thing. The only reason I can think of for airlines to even ask is to estimate loaded weight based on average male/female weights.

It's bad enough that we force other countries to have abortions which go against their religions. We give them money so they will accept abortions. Or we withhold it if they don't. So sad. Who do we think we are making other countries accept LGBT which also might go against their religions? Many people in America have had LGBT forced on them in all walks of life. Next they will be forcing us to have sex with homosexuals. We will also become like China when we decide who gets to have children. All you need to do is have all doctors report pregnancies. Our country is getting out of hand. Why do people come here? They just want to change our country to fit what they want. They couldn't get it for free where they were so they demand it here. So SAD.

Since restrooms on planes are unisex, why does it matter to the airline what gender a passenger is? Just wondering...