A witness wipes her eyes as she gives evidence at the independent Uyghur Tribunal in London. Associated Press/Photo by Alberto Pezzali (file)

Two days before 27-year-old Mehray Mezensof and her husband Mirzat Taher were set to fly to Australia, police came to their home in China’s eastern Xinjiang region to arrest Taher.

The couple, who got married in 2016, tried to flee due to increasing reports of Chinese authorities detaining Uyghurs. When plainclothes officers confirmed Taher had previously traveled to Turkey, they detained him for three days, Mezensof told the London-based Uyghur Tribunal last week.

“During these three days he was forced to sit in a tiger chair throughout the interrogation and he was deprived of sleep,” she said. Mezensof said she hasn’t heard from Taher since September 2020, and she returned to Australia after her visa expired.

Mezensof is one of nine witnesses along with other experts who testified about China’s abuse and mass detention of Uyghurs in the second and final round of tribunal hearings this month. The tribunal has no enforcement powers, but the organizers hope public testimonies about China’s persecution of minorities will spur international action.

Mezensof, an Australian-born Uyghur, came to Xinjiang’s capital city of Urumqi to get married and await her husband’s Australian visa. By 2018, she started to notice a stronger police presence in the streets and a more updated surveillance system, she said: “No matter who I spoke to out on the streets, either their sons or their husbands had been taken away.”

China is reportedly holding more than 1 million Uyghurs and other Turkic minorities in reeducation camps across the region. Chinese authorities have denied the accusations and insisted the camps are vocational training centers. Residents reported authorities have demolished mosques, replaced Uyghur with Mandarin as the primary language in schools, and forced women to undergo birth control and sterilization. Mezensof said she stopped wearing her headscarf to avoid bringing further harm to her husband’s family.

Gulzire Awulqanqizi, a witness who returned to Xinjiang in 2017 with a Kazakhstan green card and Chinese passport, said authorities detained her and seized her passport at the Khorgos border checkpoint. She spent more than 400 days in four different camps and had to study Chinese for 45 minutes a day.

Awulqanqizi said she was forced to take an “anti-flu” shot when she first arrived at the Yining County Vocational School and had to take unknown pills regularly. “Following the injection, many women stopped menstruating,” she said. “I have children but after leaving the camp I can never have children again.”

Several other witnesses shared similar experiences of forced education and abuse. The tribunal began with 38 witnesses in June and will issue a non-binding verdict in December.

Rahime Mahmut, the U.K. project director of the World Uyghur Congress, told Voice of America the independent sessions and evidence collection are essential in the absence of a formal court presiding over the abuses. Mahmut helped translate witness testimonies.

“Once the tribunal makes its judgment, we will have a credible legal determination on the Chinese regime's persecution of Uyghur people,” she said. 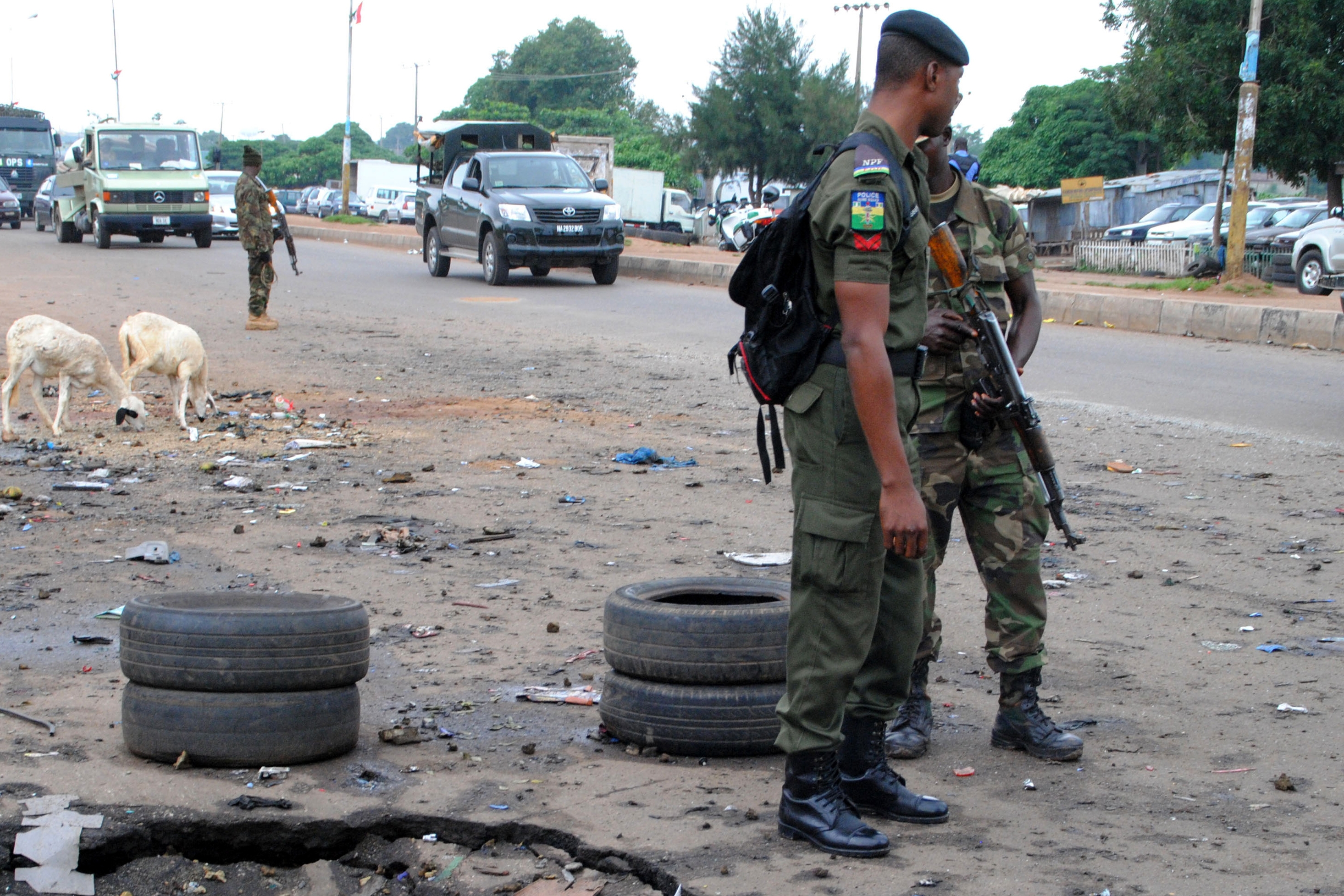 After the Rev. Silas Yakubu Ali did not show up for service at his church in central Nigeria on Sunday, congregation and community members searched for the senior pastor of the Evangelical Church Winning All (ECWA). They found him dead with bullet and machete wounds. The community reported he was ambushed after his motorcycle ran out of fuel near his home.

In a separate attack that evening, suspected Fulani herdsmen killed at least 11 people, including two pregnant women, in another village in the same area. Ten belonged to a sister church overseen by Ali, and another was Catholic.

Kaduna Gov. Nasir El-Rufai offered condolences to Ali’s family in a letter and urged security forces to apprehend the attackers. Chidi Odinkalu, former chair of the Nigeria Human Rights Commission, tweeted that the state already has a significant military and security presence: “Yet, under their watch, entire communities are being liquidated, displaced, destroyed & [people] say there is no state complicity?” —O.O.

A medical worker at the entrance of the SERMESA hospital in Managua, Nicaragua Associated Press/Photo by Alfredo Zuniga (file)

Doctors in Nicaragua say they face threats and harassment if they contradict the government’s reporting of the pandemic. Several have left the country.

During the first COVID-19 infections, hospital administrators barred workers from wearing masks, saying it made patients nervous. The government has since reported 202 deaths, but activists and independent consultants with the Citizen Observatory group say the death toll is 20 times higher, surpassing 4,000.

The government did not report at least 160 medical workers, including 88 doctors, who have died from the pandemic, said Dr. Leonel Argüello, one of Nicaragua’s most prominent epidemiologists. He is one of at least five doctors who left the country during the pandemic over government threats. “My role as a health educator was going to be lost if they imprisoned me or silenced me,” he said.

Urologist José Luis Borgen said officials at the Health Ministry summoned him and asked him to stop sharing statistics that differ from the official count. Borgen said another doctor was told he could lose his license and face charges of spreading false information.

Back in July, Vice President Rosario Murillo warned “fake doctors” about the consequences of sharing false pandemic data. This month, she said that “to carry out terrorism with health topics is a sacrilege, it is a crime.” —O.O. 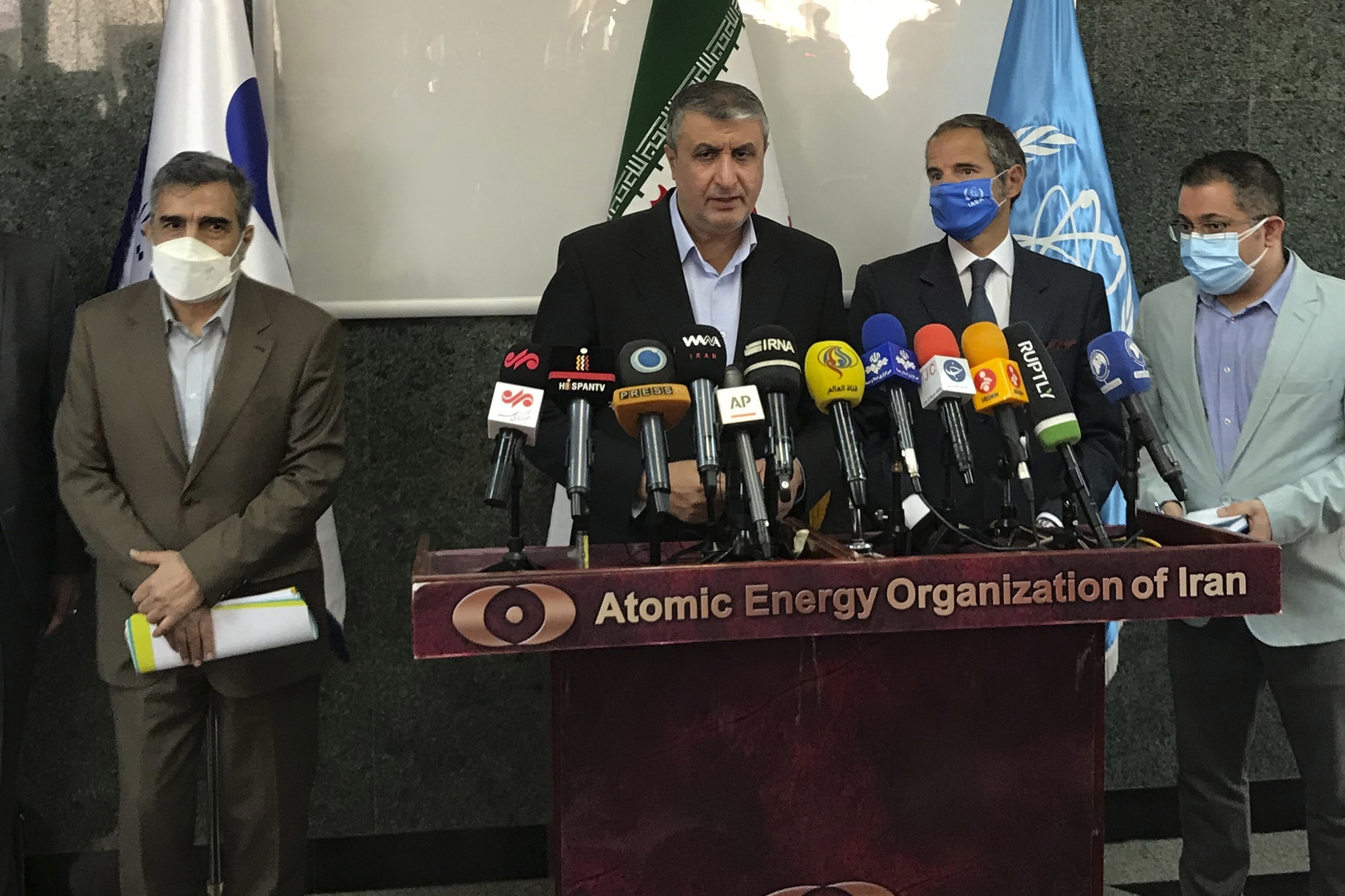 “The parties did not implement their commitments so there was no necessity for the cameras’ existence,” Eslami said.

An International Atomic Energy Agency report days earlier disclosed the nuclear watchdog found one destroyed camera and another severely damaged after they were removed from the centrifuge manufacturing site in Karaj. Eslami said the cameras were damaged during recent “terrorist operations,” but did not elaborate.

The Iranian government blamed Israel for a June attack on the Karaj site. Israeli authorities have denied any responsibility. The apparent sabotage threatened attempts to revive the collapsed nuclear deal.

Continued violence in Burkina Faso has forced about 13,000 people each week to flee their homes since April, Norwegian Refugee Council said in a statement this week. More than 480 civilians died between May and August alone, and Burkina Faso’s humanitarian body estimated conflict has displaced a total of more than 275,000 people since April.

The United Nations Refugee Agency warned in June that internal displacement showed no signs of slowing as attacks targeting civilians and security forces continue. In one of the deadliest attacks since the insurgency began five years ago, militants killed at least 132 people in the northern village of Solhan in June. Another 47 people died in a separate attack in August near the northern town of Arbinda.

NRC said the growing humanitarian needs have overwhelmed local authorities, who take several weeks to register families before they receive food and shelter. “The failure to address urgent humanitarian needs forces vulnerable families to make an impossible choice between feeding their children and their own safety,” the group warned. —O.O.