In simple terms, AI refers to technology that is programmed to respond and adapt automatically to user input. An article on the ERLC website defines AI as “machines that [exhibit] behavior or perform tasks that are characteristic of human intelligence, such as learning, planning, problem solving, recognizing objects, or understanding languages.” Current examples of AI include voice-activated command systems such as Apple’s Siri and Amazon’s Alexa, self-driving cars, and the Netflix service that uses predictive technology to recommend television programs based on a consumer’s reactions, interests, and choices.

AI has some serious and unpredictable risks, some more likely to occur than others, according to a report in Forbes. If governments use AI to regulate the power grid, a system malfunction or hacking attack could cause widespread problems. People could use AI to engage in social and political manipulation by gathering personal information and sending propaganda to people based on the format they would likely find most convincing. Governments or individuals could use AI to develop lethal, autonomous weapons and military robots that could seek and kill with little or no human oversight. Forbes noted that a global autonomous weapons race could easily replace the nuclear arms race. “Whoever becomes the leader in this sphere will become the ruler of the world,” Russian President Vladimir Putin has said.

AI also presents privacy concerns. Software can track and analyze an individual’s behavior, likes, and interests on an unprecedented scale. China is working on an AI system to monitor behavior and establish a personal “social credit score” for citizens based on things like whether they smoke in nonsmoking areas, jaywalk, or how much time they spend on video games. An employer could conceivably refuse to hire people based on their social credit scores.

The ERLC recommendations noted the use of AI could glorify God, facilitate human flourishing, and assist us in loving our neighbors. But it also acknowledged that, in the hands of a fallen human race, dangers abound. The church holds a unique role in calling for the humane use of AI in all aspects of society, the statement said, adding, “While we are not able to comprehend or know the future, we do not fear what is to come because we know that God is omniscient and that nothing we create will be able to thwart His redemptive plan for creation or to supplant humanity as His image-bearers.” 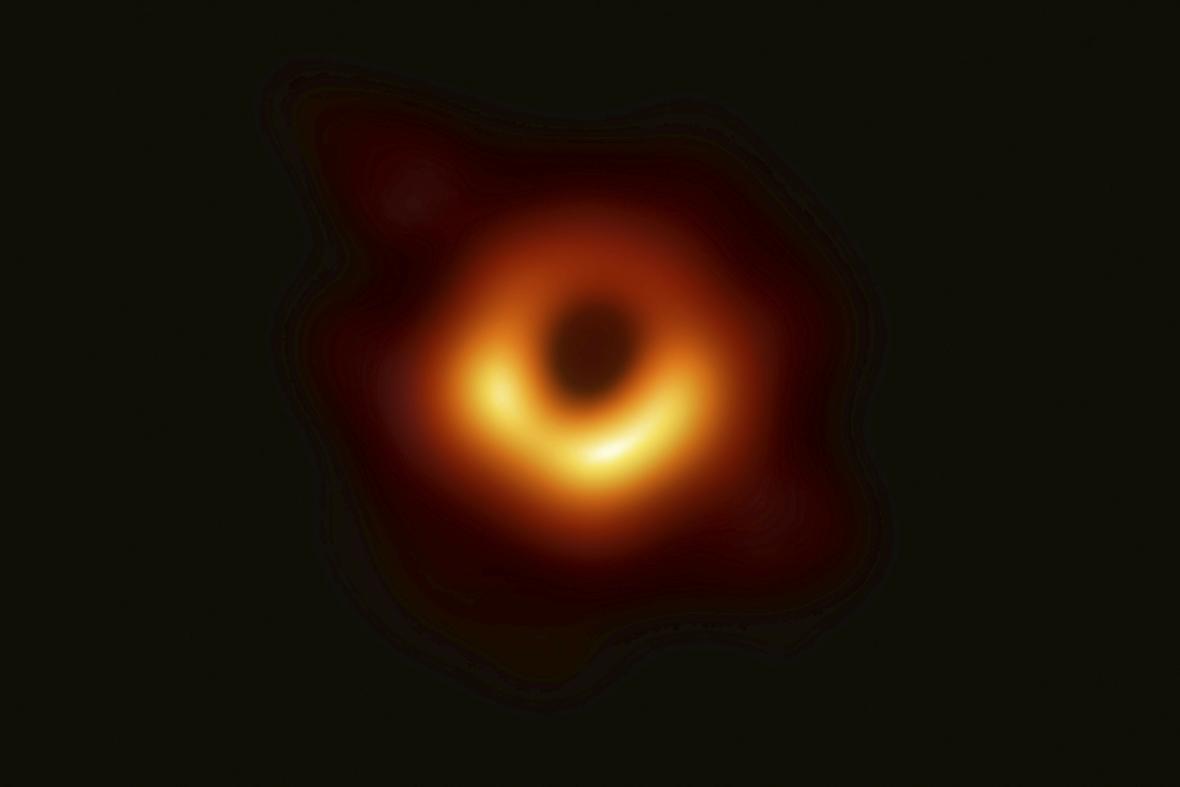 Shining light on a black hole

A global network of eight radio telescopes called the Event Horizon Telescope captured the first image of a black hole on April 10. The black hole resides 55 million light-years from Earth at the center of a massive galaxy known as Messier 87 (M87). It has a mass 6.5 billion times that of our sun. For perspective, if the sun became a black hole, it would measure about 3.62 miles across, compared to this black hole’s diameter of about 11 billion miles, according to Space.com.

Astronomers announced the discovery in a series of six papers published in a special issue of The Astrophysical Journal Letters. The images of a dark, circular core surrounded by an irregular, fuzzy, glowing orange ring aren’t of the black hole itself. Black holes, produced when a dying star collapses in on itself, are impossible to photograph because their density sucks even light into their gravitational pull. The dark, circular shadow seen in the images comes from light being bent around the black hole. The event horizon, represented by the orange ring, is the boundary line just before light disappears into the gravitational void. The orange hue in the image is based on a color map researchers chose to depict the brightness of the gases in the ring, with yellow representing the most intense, Penn State University astrophysicist Derek Fox told Live Science. According to Fox, the actual ring would likely appear white tinged with blue or red.

Although the images leave many unanswered questions, they show that even in these mysterious celestial entities, the theory of relativity proves true. Albert Einstein in 1915 predicted both the existence of black holes and that they would have circular event horizons directly related to their mass. According to the images, M87’s black hole matches all of those conditions, Live Science reported.

Albert Mohler, president of The Southern Baptist Theological Seminary and a WORLD News Group board member, said this discovery demonstrates the intelligence God endowed humans with so that we may exercise the dominion He assigned to us and come to understand our world. How incredible that God enabled us, “right now, in 2019, to verify a physical theory that was argued for in 1915 and to see images that no previous generation of human beings has ever seen,” he said on his podcast The Briefing. —J.B. 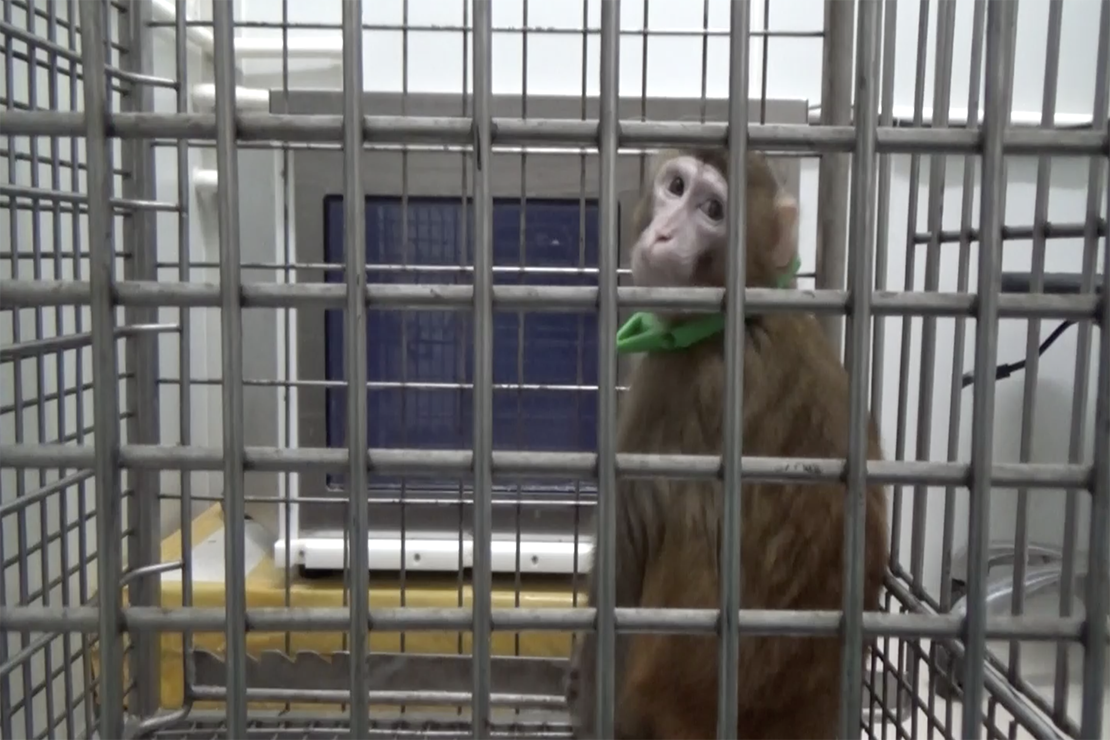 Bioethicists are condemning scientists in southern China who put human brain development genes in into the brains of rhesus monkeys. The monkeys showed better short-term memory and shorter reaction times than a group of nonmodified wild rhesus monkeys, according the study, which appeared on March 27 in the Beijing-based National Science Review. The brains of the modified monkeys also took longer to develop, like human brains do. According to China Daily, researchers from the United States, including the University of North Carolina at Chapel Hill, took part in the study.

James Sikela, a University of Colorado geneticist, told MIT Technology Review he is concerned the experiment will soon lead to more extreme modifications of primates. “It is a classic slippery slope issue and one that we can expect to recur as this type of research is pursued,” he said.

Wesley J. Smith, a senior fellow at the Discovery Institute’s Center on Human Exceptionalism, said countries urgently need to create binding international ethics protocols to govern biotechnology. He suggested eliminating profit incentives by denying patents and other intellectual property protections for products and procedures that arise from unethical experiments. He also said Western science institutions should stop cooperating with unethical biotechnological research in China and elsewhere. “We are almost out of time to keep Pandora from opening her box,” he wrote on the organization’s blog, Evolution News and Science Today. —J.B.

Researchers at Boston University used electrostimulation to temporarily restore the working memory of 70-year-olds to function like that of people nearly 50 years younger. Their study appeared in this month’s issue of Nature Neuroscience.

Working memory allows the brain to briefly hold new information needed for processing. It helps humans plan, comprehend, reason, and solve problems. The brain’s capacity for this kind of processing begins to decline when people are in their late 20s or early 30s. By the time they reach their 60s and 70s, most experience noticeable changes.

In the study, the researchers asked a group of people in their 20s and a group in their 60s and 70s to perform a series of memory tasks. Initially, the young adults scored much higher than the older subjects. But after the scientists delivered 25 minutes of mild electrical stimulation to the brains of the older subjects through electrodes on their scalps, the differences between the two groups disappeared.

The researchers opened up brain pathways that tend to go awry with age by tailoring the electrical stimulation to the specific rhythms of each individual’s brain circuits. The memory improvement lasted to the end of the 50-minute testing time, at which point the researchers terminated the experiment.

“These findings are important because they not only give us new insights into the brain basis for age-related working memory decline, but they also show us that the negative age-related changes are not unchangeable,” lead researcher Robert Reinhart told Live Science. —J.B.