The New York legislative session ended this week without passing a high-profile measure that would have repealed the state’s ban on paid surrogacy contracts, a surprising turn in a bastion of liberal sexual ethics. Even more surprising was the source of the opposition: conservatives and feminists.

The State Senate passed the measure 40-21 on June 11, but a gridlocked Assembly never brought it to a vote despite 11th-hour pressure from Gov. Andrew Cuomo, a Democrat.

New York and Michigan are the only states in the country that expressly forbid commercial surrogacy, or compensating women to carry and give birth to a child. Infertile or same-sex couples and single men most often seek out surrogates. Other states have some restrictions: Louisiana only allows surrogacy for heterosexual couples using their own eggs and sperm; Indiana and Arizona have laws that make surrogacy contracts void and unenforceable; and a handful of other states have laws restricting who can be a surrogate and how surrogacy can happen. Compared to many countries around the world, the United States has lax restrictions on the practice, and it is a booming business. Of the more than 18,400 babies born through gestational surrogacy from 1999 to 2014, 10,000 were born between 2010 and 2014, according to the latest data from the Centers for Disease Control and Prevention.

Surrogacy advocates in New York have pushed for years to repeal the state’s ban, arguing singles and couples who want to use a surrogate are forced to find one out of state, increasing the hassle and cost. The legislation proposed this session, called the “Child-Parent Security Act,” would have created a legal and regulated surrogacy market in New York. The law’s sponsor, Sen. Brad Hoylman, is a Democrat from Manhattan who is openly gay and raising two daughters born to a surrogate in California.

An unexpected alliance of critics argued that surrogacy is a “legal, ethical, and medical minefield.” LGBT rights advocate Gary Powell penned an editorial for The Public Discourse this week opposing the notion that surrogacy is a battle for LGBT rights: “There is no universal right to be a parent, for anyone, gay or straight.”

Powell is not alone. Prominent feminists, including 85-year-old feminist icon Gloria Steinem, denounced the measure in a letter to Cuomo on June 1. They argued commercial surrogacy turns women’s bodies into commodities and coerces poor women to put their health and sometimes their lives at risk to get a five-figure payout.

“The ‘Child-Parent Security Act’ presumes both that [pregnancy] can be monetized and that the surrogate mother’s attachment and rights are subordinate to those of the individual or couple subsidizing the reproductive exploitation of her body,” the letter stated. “Simply put, with legalized surrogacy, women’s wombs become vehicles for the reproductive benefit of others and the third-party profit of a burgeoning industry.”

Those arguments found sympathetic ears in the State Assembly. “It is pregnancy for a fee, and I find that commodification of women troubling,” Assemblywoman Deborah Glick, the first openly gay member of the New York Legislature, told The New York Times.

Glick has taken criticism from Cuomo, who said in a news conference last week he did not understand her rationale. Cuomo’s father, the late former New York Gov. Mario Cuomo, signed the measure banning surrogacy in 1992. The decision came in the wake of the well-known Baby M case involving a custody battle between a New Jersey couple and their surrogate that went all the way to the New Jersey Supreme Court.

“While the pain of infertility is deep, we do not believe that every means of achieving parenthood justifies the end,” Autumn Leva, vice president for strategy at the Family Policy Alliance, told me. “The commercial surrogacy industry turns the God-given process of creating life into a mere business transaction, turns women and their bodies into commodities, and makes children products for sale. Like the prostitution and human trafficking industries, the surrogacy industry requires women to provide bodily services for money, and the ‘product’ for sale is a newborn baby.”

Jennifer Lahl, the president and founder of the Center for Bioethics and Culture, has been at the center of the campaign against commercial surrogacy in New York and elsewhere. She told me successful lobbying this year gave enough Assembly members reason to stay off the bandwagon. But time will tell if that is true next session, when Lahl said she fully expects the bill to be back on the schedule. 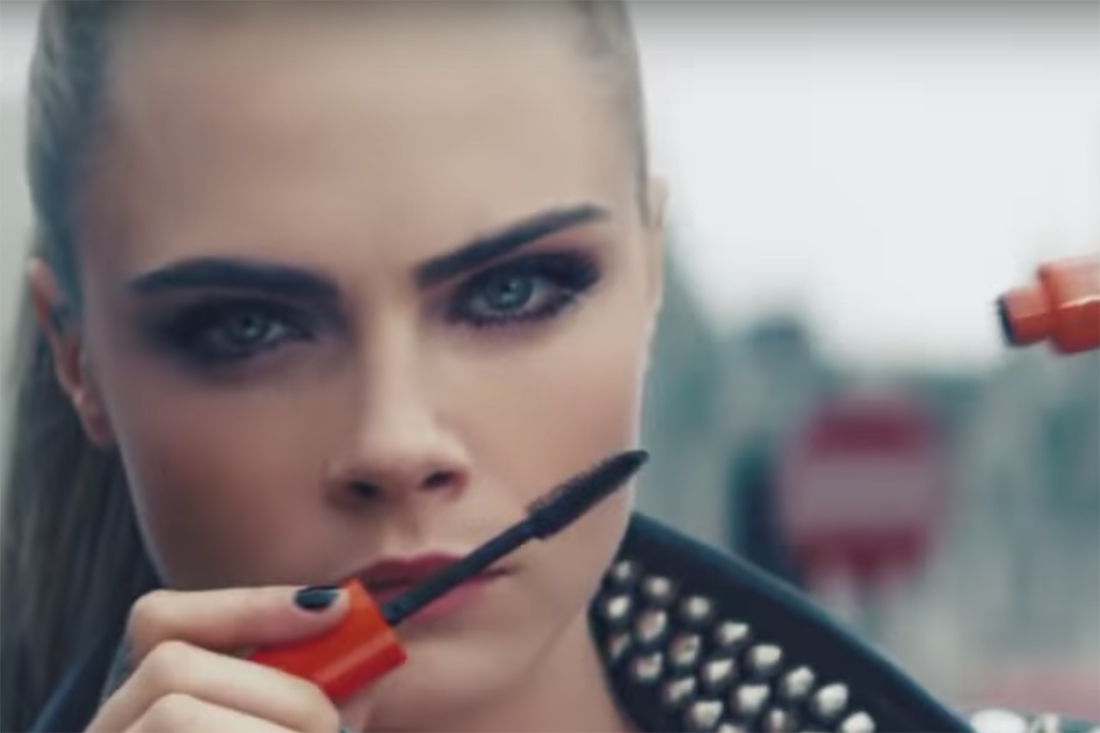 Britain banned ads that perpetuate harmful gender stereotypes last week. The U.K. Advertising Standards Authority (ASA) said the new rule, which applies to broadcast and nonbroadcast media, does not ban gender stereotypes outright but will instead restrict ads that the government deems harmful. An ad featuring a woman struggling to park a car or a man failing to change a diaper would be nixed, said the ASA, but ads could feature a woman shopping or a man doing a DIY project.

“Harmful gender stereotypes in ads can contribute to inequality in society, with costs for all of us,” ASA Chief Executive Guy Parker said.

In recent years, the ASA has doubled down on its ad regulations. In 2017, it stopped a Rimmel cosmetics commercial that featured a model whose exaggerated eyelashes and airbrushed skin it deemed unnatural. That same year, the regulatory organization cited a baby formula ad that foreshadowed the baby girl becoming a ballerina and the baby boy becoming an engineer or mountain climber.

One ad in particular prompted the ASA to review its existing rules on advertising. In 2015, more than 70,000 people signed a petition for the removal of a Protein World supplement advertisement featuring a slender model in a yellow bikini with the question, “Are you beach body ready?” The ASA ultimately decided the ad’s body image message was not offensive but pulled it over concerns about its health claims.

In 2017 the ASA released a report titled “Depictions, Perceptions, and Harm” that claimed content with harmful gender stereotypes “restrict the choices, aspirations, and opportunities of children, young people, and adults.”

The new restrictions that are effective this month were first announced in December, giving companies six months to adjust to the changes. Although the ASA doesn’t have the power to enforce fines, British broadcasters’ licenses require them to adhere to the regulator’s rules. —Loren Skinker 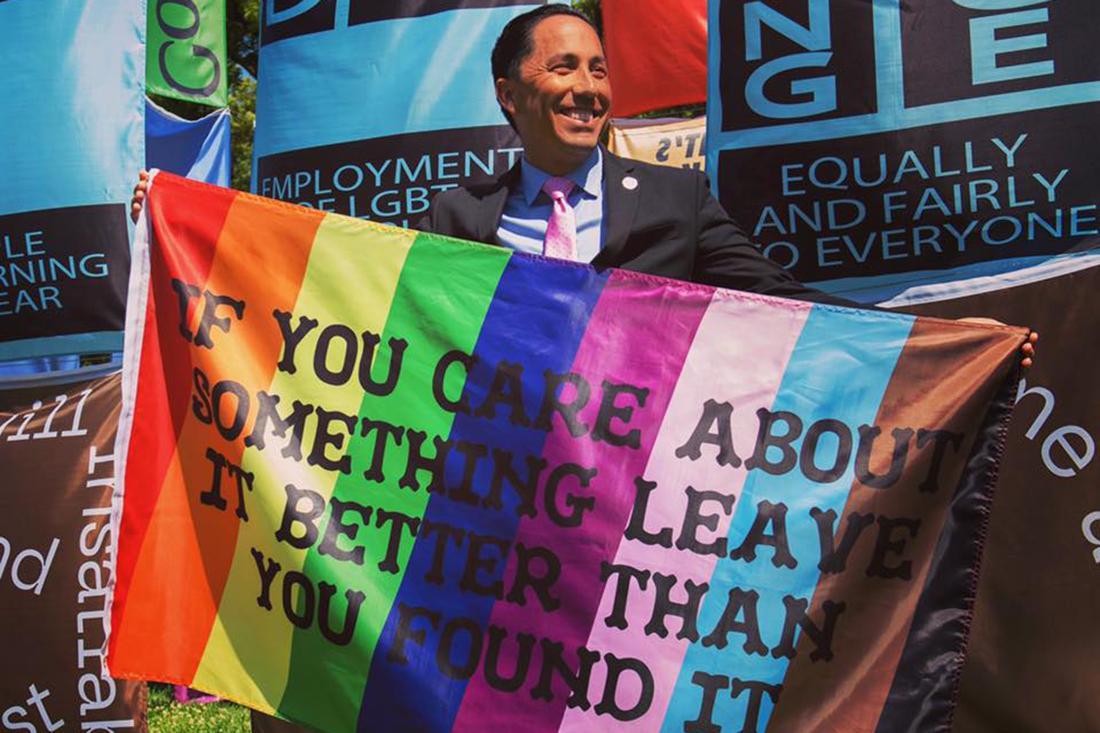 A measure pending in the California State Senate would force teachers to support LGBT advocacy. The bill, passed by the State Assembly in May, would require California middle and high school teachers to go through training on how to support and affirm students’ LGBT identities.

The bill’s sponsor, Assemblyman Todd Gloria, a Democrat, argues the measure is needed to create a supportive learning environment for LGBT students. But Christian teachers throughout the state are concerned the bill will require they promote a lifestyle contradictory to their beliefs.

“AB 493 would unconstitutionally force every teacher and student to reject biological reality about sexuality and gender, and instead mandate the views of LGBT political activists as the only acceptable opinion,” said Jonathan Keller, president of the California Family Council. He said every person, including those who identify as LGBTQ and those with sincerely held religious beliefs, is created in God’s image and should be treated with dignity and respect but noted, “Sadly, Mr. Gloria is attempting to fight bullying by becoming a bully himself.”

State-sponsored LGBT activism is a common occurrence within California’s education sector. Earlier this month, the Assembly proposed a resolution that scapegoated Christian groups for the increasing suicide rates of LGBT students, calling on churches to “model equitable treatment of all people.”

The state’s Senate Education Committee will likely pass AB 493 soon. If the bill continues on its expected course, it could arrive on Democratic Gov. Gavin Newsom’s desk in August. —L.S.

Married priests in the Amazon

The Vatican released a proposal this week that could allow married men to be ordained as Catholic priests in remote parts of the Amazon, where some estimate there is one priest for every 10,000 Catholics. A working document released Monday recommended officials study the possibility of older, indigenous men with stable families receiving priestly ordination in an effort to provide regular sacraments to geographically isolated Catholics. The exception would be significant: The Catholic Church has required celibacy for priests since the 11th century. —K.C.

Mastercard got its moment in the LGBT limelight this week, announcing it is now encouraging the banks that issue its credit and debit cards to allow transgender individuals to use their chosen name on the cards, even if it’s not the legal name found on their birth certificate or driver’s license. —K.C.

Credit switch - What if a retailer askes to see I.D.?  What happens when the names do not match on the Master Card and Driver’s license?  This drive to be accepting the Transgender lie has people also checking out when using their brains from a real world perspective.