A Christian student group at the University of Iowa has filed suit against the school after losing its official status as an official on-campus organization because it requires leaders to hold Biblical beliefs about sexuality.

Business Leaders in Christ launched in 2015 and has about 10 members. In February, the group denied member Marcus Miller a leadership role after he revealed he was gay. Miller filed a complaint with university administrators, who decided in November the group had violated the school’s nondiscrimination policy.

The school requires on-campus groups to guarantee “that equal opportunity and equal access to membership, programming, facilities, and benefits shall be open to all persons,” according to spokeswoman Jeneane Beck.

But all groups should be allowed to ensure leaders share the same beliefs, whether religious or not, argued the group’s attorney, Eric Baxter with the religious liberty firm Becket.

“Every organization to exist has to be able to select leaders who embrace its mission,” he said. “You would never ask an environmental group to have a climate denier as their leader. It’s the same thing here.”

Like most other campus Christian groups, Business Leaders in Christ allows all students to participate, regardless of belief. But leaders must affirm the group’s statement of faith, which upholds gender based on biology and marriage between one man and one woman: “Every other sexual relationship beyond this is outside of God’s design and is not in keeping with God’s original plan for humanity.”

Without recognition as an official student group, Business Leaders in Christ cannot reserve campus meeting space, participate in student recruitment fairs, access funds from student activity fees, or use universitywide communication services. The group filed an emergency request for reinstatement before the spring member recruitment fairs on Jan. 24 and 25. The group calls the fairs “crucial to its existence.” A federal judge in Iowa will consider the injunction request Thursday.

The U.S. Supreme Court in 2010 ruled against another campus Christian group, the Christian Legal Society, in a similar case involving statements of faith. In a 5-4 ruling, the court said the University of California’s Hastings Law School could require student groups to adhere to an “all-comers” policy that made them open to all members and leaders, regardless of belief. But the court didn’t rule on whether the school consistently applied its policy, leaving room for another legal challenge. At a large public college, which allows sports clubs, fraternities, and sororities to restrict membership based on sex, administrators might have a much more difficult time arguing for the consistent application of an “all-comers” policy.

After the Hastings ruling, Christian campus groups faced increased attempts by universities to force them to submit to nondiscrimination policies. Most public colleges eventually backed away from a showdown, allowing groups to continue operating without interference. But Christians have found less freedom at private schools, which aren’t bound by constitutional religious liberty protections. In 2012, Vanderbilt University in Nashville, Tenn., became the largest private school to enforce a nondiscrimination policy. Fifteen groups refused to comply and lost their official student group status.

Since then, the battle over religious liberty on campus has largely died down, but the Iowa case suggests it could be regaining momentum. Depending on how Business Leaders in Christ fare in court, other universities could be emboldened to follow the University of Iowa’s lead. 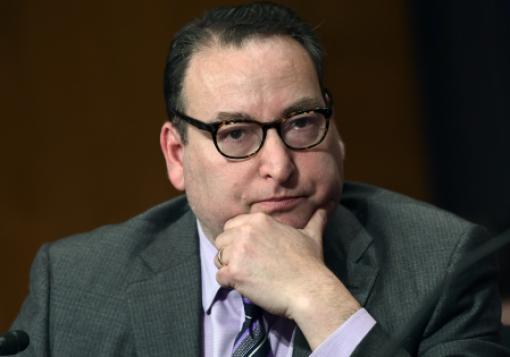 Quizzed about the definition of sex

During his public testimony before the Senate Education Committee last month, Marcus skirted questions about whether schools should provide accommodations for transgender students. In written questions submitted after the hearing, Democrats tried to pin down the nominee’s beliefs.

“Title IX prohibits discrimination based on sex,” Marcus wrote. “The question as to whether Title IX provides additional protections to transgender students beyond those described above, and the nature and scope of such protections, is currently being litigated.”

Under the Obama administration, the Office of Civil Rights pushed the redefinition of “sex” in Title IX to include gender identity. The Trump administration rescinded that guidance, and Education Secretary Betsy DeVos has said local districts should be allowed to adopt transgender policies that work best for their communities. Students across the country are suing schools that don’t allow them to use the restrooms of their choice, and analysts expect the Supreme Court will eventually settle the question.

In his responses to Democrats’ questions, Marcus said the federal government still has a role to play: “Title IX prohibitions on sex discrimination, including harassment based on sex stereotyping, continue to protect all students, including transgender students.”

That’s not good enough for transgender activists, who say they don’t expect Marcus to make protecting LGBTQ students a priority. The NAACP Legal Defense and Educational Fund, the National Women’s Law Center, UnidosUS, the National Urban League, and the Dignity in Schools Campaign have all urged lawmakers to reject Marcus’ nomination. —L.J. 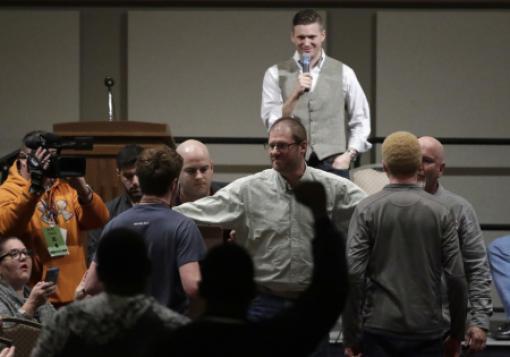 White supremacist Richard Spencer and his tour organizer, Cameron Padgett, are suing the University of Cincinnati over an $11,000 security fee the school wants to charge for an upcoming event. In a federal lawsuit filed last week, Spencer and Padgett demand $2 million in damages for alleged violations of their free speech rights. In response, university officials said the fee amounted to “a mere fraction” of what it expects to spend on security for Spencer’s appearance. Spencer plans to speak on campus March 14, during spring break, but university officials said they don’t yet have a contract for rented space. —L.J.

Under a new law passed last year, public schools in Illinois must provide space and time for students who are breastfeeding to nurse their babies or pump and store breast milk during the school day. The pro-life measure is a nice contrast to another law passed last year, which mandates abortion coverage for state employees and Medicaid recipients. Doctors believe breastfeeding is best for babies, so it’s nice to see Illinois lawmakers standing up for their littlest constituents. Too bad they can’t offer the same kind of support for those not yet born. —L.J.