Unique in the universe

How our solar system evidences the design of a creator

A new study in The Astronomical Journal, shows our solar system may be one of a kind in the universe. And the very properties that make our planetary arrangement unique are also the elements that make Earth habitable, Jay Richards, a senior fellow at the Discovery Institute and co-author of The Privileged Planet, told me.

Astrophysicists at the Université de Montréal studied 909 planets and 355 stars and discovered that, unlike our solar system, planets in other systems are similar in size with regular spacing between their orbits, “like peas in a pod,” lead researcher Lauren Weiss said in a statement.

In our solar system, Jupiter, the biggest planet, is 28.5 times larger in diameter than the smallest planet, Mercury, and the inner planets have surprisingly large spaces between their orbits. The researchers noted that the variations could suggest our solar system formed differently than others in the universe. Weiss said these disparities “would not occur if the planet sizes or spacings were drawn at random.” The researchers attributed the distinct properties of our planets to disruptions caused by the sizes of Jupiter and Saturn. Of course, they entertained no notions that the unusual drawing of our planetary bodies shows the artistry of our Creator.

Richards noted the study certainly shows something highly unusual about our planetary arrangement: Our oddball solar system, made up of a few rocky planets in the inner part, with one right in the habitable zone, and a couple of big gas giants in the outer part protecting the rocky planets, is exactly what life requires. “If you are trying to build a habitable system it needs to look very, very much like the one we have here,” he said. 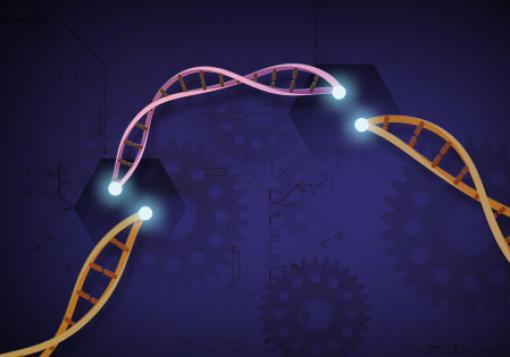 A new study of CRISPR-Cas9 found that many people carry existing immunities to the proteins the widely used gene-editing method uses, which could render genetic treatments useless or harmful. The new discovery, published at bioRxiv, made investors jittery and sent some CRISPR shares plummeting, the news site Stat reported.

Researchers obtain the proteins used to edit DNA from bacteria that frequently infect humans such as Staphylococcus aureus and Streptococcus pyogenes.

Scientists hope one day to use CRISPR to treat a wide variety of genetic diseases in humans. But when the researchers tested the blood of 22 newborns and 12 adults, they found that the majority carried antibodies against those bacteria that could attack and destroy a gene-editing treatment.

The bacteria do not always cause disease, and most people come in contact with them at some point in time and may then develop immunities.

Some studies show that 40 percent of people carry S. aureus and 20 percent of children test positive for S. pyogenes.

Researchers not involved with the study told Stat they do not find the results alarming. Many of the human clinical trials that scientists plan to conduct will involve removing cells from patients, editing the DNA, and then returning the cells to the patient’s body. Such a procedure would inject few or no CRISPR proteins back into the patient for the immune system to detect. The researchers also said studies using different proteins that could avoid an immune response are already underway. —J.B. 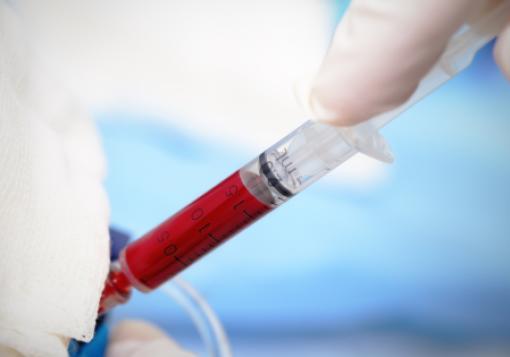 A blood test for cancer

Researchers have developed a single blood test, CancerSEEK, that can detect breast, colorectal, esophageal, liver, lung, ovarian, pancreatic, and stomach cancers. Those eight illnesses account for more than 60 percent of cancer deaths in the United States, and no current screening tools exist for five of them.

In the study, published in the journal Science, researchers administered the test to 812 healthy control subjects and found only seven false positive results. When they evaluated 1,055 patients with nonmetastatic stage 1 to 3 cancers, it correctly identified ovarian cancer 98 percent of the time, but detected only 33 percent of cases in breast cancer patients. Specificity for esophageal, liver, ovarian, pancreatic, and stomach cancers, the five types for which no screening tools presently exist, ranged from 69 to 98 percent.

Although the test cannot screen for all types of cancer, it could enable doctors to diagnose the disease in earlier stages when more treatment options exist and could identify cancers that otherwise might go undetected. The researchers said primary care providers could administer the test, which should eventually cost less than $500, along with other routine blood work. Larger clinical studies are underway. —J.B.

Flu is even more contagious than we thought

This year’s flu season hit hard and early, and the flu vaccine’s effectiveness seems less than desirable. As if that news isn’t bad enough, a new study published in the Proceedings of the National Academy of Sciences, shows flu can also spread much more easily than experts previously thought.

People generally assume that flu spreads through exposure to tiny droplets that infected persons eject onto surfaces or in the air when they cough or sneeze, but the researchers discovered people can also transmit the virus through the air via their breath. “We found that flu cases contaminated the air around them with infectious virus just by breathing, without coughing or sneezing,” Donald Milton, the lead researcher, said in a statement. —J.B.

The recent cold snap that sent temperatures plummeting across most of the United States did nothing to cool the fervor of global warming alarmists. Former Vice President Al Gore, the United States’ best-known climate activist, tweeted that the bitter cold is exactly what we should expect from the climate crisis. But meteorologist Joe Bastardi quickly offered a tweet of his own, calling such assertions “flat out insanity and deception.” He noted that similar weather events have occurred countless times in the past with no climate change attribution. “It’s climate ambulance chasing, nothing more,” he said. —J.B.