Fossilized footprints found on the island of Crete Creative Commons

Researchers just discovered ancient human footprints on the Greek island of Crete that undermine the Darwinian theory of the descent of humans.

Per Ahlberg, one of the study authors, admitted in a statement, “This discovery challenges the established narrative of early human evolution head-on and is likely to generate a lot of debate.”

First, evolutionary scientists believe human beings originated in Africa and remained isolated there for a long time before they migrated to Europe and Asia. But the footprints could indicate humans trekked on the Greek island long before evolutionists thought they migrated out of Africa.

In light of creationists’ differing viewpoints about the age of the Earth and the creation of human beings, it’s not clear exactly what the study proves about early humans. But it serves to disprove Darwinian assumptions about where humans originated and how they spread out.

Second, the appearance of the footprints doesn’t make sense within an evolutionary framework. The unique structure of the human foot—with a long sole, five short, forward-pointing toes, no claws, and a big toe larger than the other toes—does not appear in any other animal, including apes.

Evolutionary theory would expect human feet to appear later in the fossil record than other fossils without human feet. But the footprints on Crete are older than many fossils of animals that evolutionists consider the ancestors of modern humans.

Günter Bechly of the Discovery Institute noted this finding shows “that the well-established scenarios of human evolution must be false, not only concerning their geographical location and timing, but also concerning the pattern of character origins and the alleged lineage.”

At the very least, studies like this highlight that paleoanthropologists should humble themselves and admit they know far less than they thought and far less than educators and science media often lead students and the general public to believe, Bechly wrote on the organization’s blog. 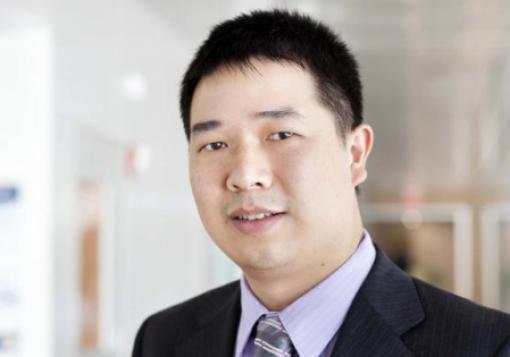 Recently, a team of biologists and mechanical engineers at the University of Michigan accidentally discovered that the embryonic stem cells they were coaxing to become three-dimensional structures began rapidly forming into embryo-like entities instead. The cells formed the beginnings of the amniotic sac and, inside it, the embryonic disc, or future body, MIT Technology Review reported. The team determined these incomplete “embryoids” would never become a person because they lacked the cell types necessary to create a placenta, heart, or brain.

Twice in the past year, researchers constructed synthetic mouse embryos. Ethicists quickly warned that before long scientists would use the same technique with human embryos. Now it looks like those warnings will come to fruition. This accidental discovery highlights the ever-burgeoning ethical concerns surrounding embryonic stem cell research, which involves the destruction of human embryos. Currently, at least some laws exist that restrict funding and access to human embryos, but some scientists look at lab-created human embryoids as a way around those restrictions. “Scientists at Michigan now have plans to manufacture embryoids by the hundreds,” wrote Antonio Regalado in the MIT Technology Review article.

When the researchers published their findings, they intentionally used words such as “asymmetric cyst” to describe the embryoids in a way that would not alert people to the fact that these lab-created cells were a form of human embryo. “We have to be careful using the term synthetic human embryo because some people are not happy about it,” Jianping Fu, head of the University of Michigan engineering lab, told the MIT publication. —J.B. 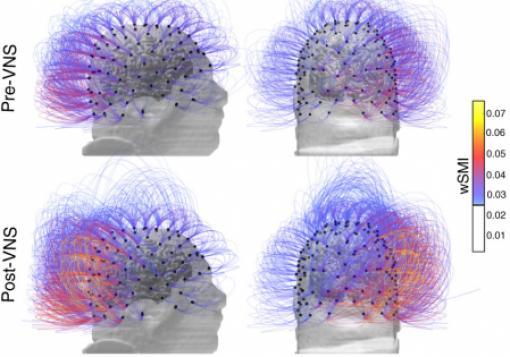 Patient wakes up after 15 years

Medical researchers awakened a 35-year-old car accident victim who had been in a vegetative state for 15 years. Doctors implanted a vagus nerve stimulator in the man’s chest, and within one month he began responding to simple requests such as turning his head and could follow an object with his eyes. After nine months of continuous vagus nerve stimulation, the patient no longer improved, but he didn’t regress either.

The vagus nerve connects the brain to many parts of the body and helps regulate waking, alertness, and other essential functions. Doctors already treat epilepsy and depression with vagus nerve stimulation.

The researchers noted that their findings, published in Current Biology, show the right intervention can yield changes in consciousness even in the most severe clinical cases and challenge the assumption that medical treatments can’t reverse unconscious states after one year. “Brain plasticity and brain repair are still possible even when hope seems to have vanished,” said Angela Sirigu, one of the researchers.

The doctors cautioned the experiment involved only one person and they needed to do much more extensive research. —J.B.

A day in the life of an octopus city

Biologists consider octopuses reclusive loners who interact with each other only for the purpose of mating. But recently, researchers found an entire octopus city, which they named “Octlantis,” off the eastern coast of Australia.

During the study, published in the journal Marine and Freshwater Behaviour and Physiology, the researchers, watching videotapes from underwater cameras, observed complex social interactions among the Octlantis residents.

The octopuses excavate their own dens and communicate through posturing, chasing, and changing color. They will even reach a tentacle into a neighbor’s den to evict the unfortunate resident. They also exhibit threatening behavior that sometimes leads to grappling and frightens other octopuses away.

After octopuses enjoy a tasty dinner of clams or scallops in their dens, they discard the hard shells in a big heap that eventually forms a shell bed. Some octopuses add beer bottles and lead fishing lures they find in their habitat as well. The shell beds provide resources for other organisms and material for more octopuses to build dens, “making these octopuses true environmental engineers,” Stephanie Chancellor, one of the authors of the paper, said in a statement.

Scientists found a similar community nearby in 2009, but they did not consider that city naturally occurring because the octopuses built it around a human artifact. —J.B.

New research, published in Nature Geoscience, found that a group of about 12 computer models upon which the Intergovernmental Panel on Climate Change relies wrongly predicted a more rapid and exaggerated temperature increase over the past decade than actually occurred, The Times of London reported.

Although the researchers quickly claimed that global warming remains a threat, the study showed that the science isn’t all that settled.

“It goes to show this carbon-budget approach is still much more, let’s say, immature scientifically than what we often assume,” Glen Peters, a climate and emissions expert at the Center for International Climate research, told The Washington Post. The carbon budget is the amount of greenhouse gas emissions that climate change scientists deem tolerable. —J.B.

Researchers have developed a method in which “smart ceramics” embedded in roads can convert vehicle vibrations into electricity. A normal volume of traffic could generate enough electricity to power between 2,000 to 4,000 street lamps, as well as traffic lights and electric car–charging points. The researchers said the cost of installing and operating a smart road would amount to about 20 percent of the cost-savings. —J.B.

In logic, you just need a simple contradiction to disprove a theory, unless it has to do with the god of evolution.  Then you have to provide a mountain of "evidence" to disprove it.  Even though it a theory, it's taught as the over-arching framework for all studies in colleges and universities.  Professors have been fired over such, even though universities support freedom of speech regarding all other issues.

Click on the link at the end of this article at the word, "wrote" for more details.

Thanks for the interesting articles.

Creatures adapt and change, this is not controversial. What's controversial to some is the idea that humans developed from lower animals (often referred to as evolving from apes), with corresponding findings trying to show how this evolutionary tree is structured.

The article is very correct in my view, to suggest that we ALL consider these trees with more humility, since they are constantly being redrawn, restructured and remade. I've lost track of how many trees and ancestors have been found and then discarded just in my lifetime! Most these fossils seem to be of ape variants, of which there appear to be many. They really don't speak to the nature or origins of the people of God.

Particularly fascinating in the linked article, is the mention of the timeline of people arriving in the Americas--now considered to be 130,000 years ago, instead of 14,000. This pushes human capabiltiies quite a ways farther back into the past.

We need more detail, and maybe a link to a full article or website. I am no paleontologist, so I do not know what species the skeleton represents, or in what age evolutionists place it. I'd like a fuller discussion of many of the points the author raised, perhaps even some dissenting opinions, and some discussion of other similar fossil and footprint incongruities that call into question (or even support , if there are any) the darwinian view. I'd like more substance, and while I'm glad for titillating stories like this, they do not go far enough.

The fossil footprints are interesting, but the article lacks an important detail: how long ago do the researchers think the footprints were made? It would have to be more than 40,000 years ago to pose a big problem for the standard evolutionary "Out of Africa" hypothesis -- although dates even much more recent than this might imply surprising seagoing capabilities for early humans. Reaching Crete from mainland Europe would be a long swim for a Neanderthal!