Tim Carney’s Alienated America: Why Some Places Thrive While Others Collapse breaks down the 2016 presidential election into two parts. When Donald Trump was running in the Republican primaries against opponents like Jeb Bush, Ted Cruz, Marco Rubio, and John Kasich, his base was “white evangelicals who do not go to church.” Phase two support came once Trump won the nomination: “white evangelicals who go to church.” In the following excerpt, courtesy of HarperCollins, Carney shows how people in strong communities rejected Trump in the early primaries, but those “alienated, abandoned, lacking social ties and community rushed to him immediately.” Alienated America made WORLD’s short list for 2019 Book of the Year in the Understanding America category. —Marvin Olasky

We began in the Villages of Chevy Chase [Md.] and Oostburg [Wis.] because they were the exception. Trump dominated the Republican primaries across the country, winning the nomination fairly easily. He won the general election without a majority or even a plurality, sure, but 46 percent of the electorate is not shabby. He also showed strength in places where past Republican candidates had been weak, which is why he carried Ohio easily, and also won Pennsylvania, Wisconsin, and Michigan.

What Hillary Clinton thought was her “firewall” proved to be Trump Country.

Sometimes when we talk about elections, we talk about demographics: the Soccer Mom Vote, the Hispanic Vote, the Youth Vote, or other ways of describing people by personal traits. If we imagine all Americans lined up in alphabetical order, or age order, and then sortable into these traits of race, age, sex, income, ideology, wealth, and so on, we commit a fatal abstraction. To understand the phenomenon of alienation and coming apart, we need to do more than consider who these people are. We need to consider where they are.

Geography, more than we typically assume, is destiny.

Employment is far worse in rural counties, but not only in rural counties. Most of Hillbilly Elegy’s tale of alienation took place in the Ohio suburb of Middletown. Death rates, especially death by suicide and overdose, correlated with Trump’s best counties (again his strong primary showings and his increases over the typical Republican). Educational attainment is lower in Trump Country. More people are on unemployment. More people are on disability.

These economic indicators are devastating, and crucial. But more telling are the social indicators. More men have dropped out of the workforce. Marriage rates are lower. Illegitimacy is higher. Divorce is higher.

These economic indicators are devastating, and crucial. But more telling are the social indicators.

Trump did better in the primaries among people who didn’t go to church, polls show. “Trump trailed Ted Cruz by 15 points among Republicans who attended religious services every week,” Peter Beinart reported. “But he led Cruz by a whopping 27 points among those who did not.”

When data show that the white working class was Trump’s base, it’s easy to see the phrase “white working class” as a simple statement of race and income. It’s more important, though, as a description of a social class—even a way of life. “White working-class Americans of all ages,” writes Emma Green in the Atlantic, citing research by the Public Religion Research Institute and the Atlantic, “were much less likely than their college-educated peers to participate in sports teams, book clubs, or neighborhood associations—55 percent vs. 31 percent said they seldom or never participated in those kinds of activities.”

This had political salience. That PRRI poll, taken in mid-primaries, when Ted Cruz was the last viable challenger, found Trump leading among GOP voters 37 to 31. But among GOP voters who were “civically disengaged,” Trump led 50 to 24.

Oostburg voted Cruz and Chevy Chase voted Kasich. Within the context of Republicans, churchgoing white Christians are conservative while wealthy, highly educated white suburbanites are moderates. You could see these two things as opposites, but the stories of Kasich Country and Cruz Country are the same story: People enmeshed in strong communities rejected Trump in the early primaries while people alienated, abandoned, lacking social ties and community rushed to him immediately.

Trump’s best large county in the Iowa caucuses, Pottawattamie, had the weakest civil society—churches, neighborhood groups, volunteering, voting—of any large county in Iowa, and is known instead for its neon-lighted casinos erected to bring in out-of-state gamblers. His best small county is notable mostly for church closures and the shuttering of its largest employer in early 2016. It also ranks at the bottom of the state in widely used measures of civil society.

His other best places in those early primaries—places like Buchanan County, Virginia; and Fayette County, Pennsylvania—looked similarly vacant.

Everyone trying to explain Trump’s rise early on noted that he had “tapped into a deep sense of frustration.” That phrase became a cliché, but it was true. Articulating that frustration precisely and explaining its causes were a lot harder. Almost every politician posited that the frustration happened to reflect the very criticism that same politician already had of current affairs: war, national debt, insufficient safety net, overgenerous safety net, bank profits, et cetera.

After the election, conservative intellectual Yuval Levin put his finger on it best. “At the root of the most significant problems America faces at home is the weakening of our core institutions—family and community, church and school, business and labor associations, civic and fraternal organizations.”

Trump was one symptom, which traveled together with the other symptoms of working-class woe—the deaths, the dropping out of the workforce, the poverty, the illegitimacy. Idleness is the word scholar Nick Eberstadt used to describe the central problem of the working class. Charles Murray documented the collapse of certain virtues in white working-class America. It’s easy to see these judgments as attacks. “Idleness,” after all, is often counted as a root of many sins.

But if we see the problem as primarily a dissolution of civil society, a collapse of community, then it becomes clear that “idleness,” if you want to call it that, can be understood not as a sin but as an affliction. These people have been deprived of meaningful things to do.

In places like Chevy Chase or Oostburg, people are given things to do. Any longtime member of a robust religious congregation has laughed and warned someone, “Oh, don’t go talk to Sally Davis unless you want to be given some ministry to run.” If you belong to a small neighborhood swimming pool, you probably can spot the look in the eye of the board member when he’s coming over to ask for volunteers.

Our bosses, our wives, our husbands, our neighbors, and our kids’ swim coaches rope us into stuff. Those of us tangled up in thick webs of civil society show industriousness not mostly because we are self-starters. Our industriousness is thrust upon us.

Strong communities function not only as safety nets and sources of knowledge and wisdom, but also as the grounds on which people can exercise their social and political muscles. These are where we find our purpose.

If we want to say that parts of America like Fayette, Pottawattamie, and Buchanan Counties are low on virtue, we need to recall that virtue is not some inherent inner state. Virtue is a habit. As a habit, it requires action. And most human actions that are tied up with virtue are human interactions. Many virtues, if not most, are developed socially. Anne Case and Angus Deaton, trying to figure out the causes of a disturbing rise in middle-aged deaths, granted that an erosion of virtues is likely part of it, but they added, “Virtue is easier to maintain in a supportive environment.”

Someone lacking the proper social settings is as handicapped on virtues as an athlete without access to proper training facilities, coaching, or even opponents. In desiccated communities, men and women lack these opportunities. A sociologist might say such communities are poor in terms of social capital.

This dissolution of civil society leaves people alienated. Robert Nisbet, author of The Quest for Community, defined alienation this way: “The state of mind that can find a social order remote, incomprehensible, or fraudulent; beyond real hope or desire; inviting apathy, boredom, or even hostility.” The alienated individual “not only does not feel a part of the social order; he has lost interest in being a part of it.”

Someone lacking the proper social settings is as handicapped on virtues as an athlete without access to proper training facilities, coaching, or even opponents.

Why do so many people believe the American Dream is dead? I think the answer is this: because strong communities have crumbled, and much of America has been left abandoned, without the web of human connections and institutions that make the good life possible. More of America is a wasteland of alienation. Less of America is the “village.”

America has more Chevy Chases today than it did a generation ago, but that’s because wealthy people are clustering more. Making more Chevy Chases is a zero-sum game: It means drawing the skilled, the active, the educated, the leaders out of other communities and concentrating them in places where normal folk can’t afford a house. There is also a clear limit on how many pockets of elites America can have, because by definition, the elites are few.

From Alienated America: Why Some Places Thrive While Others Collapse by Timothy P. Carney. Copyright © 2019. Published by HarperCollins Publishers. All rights reserved. Used with permission. 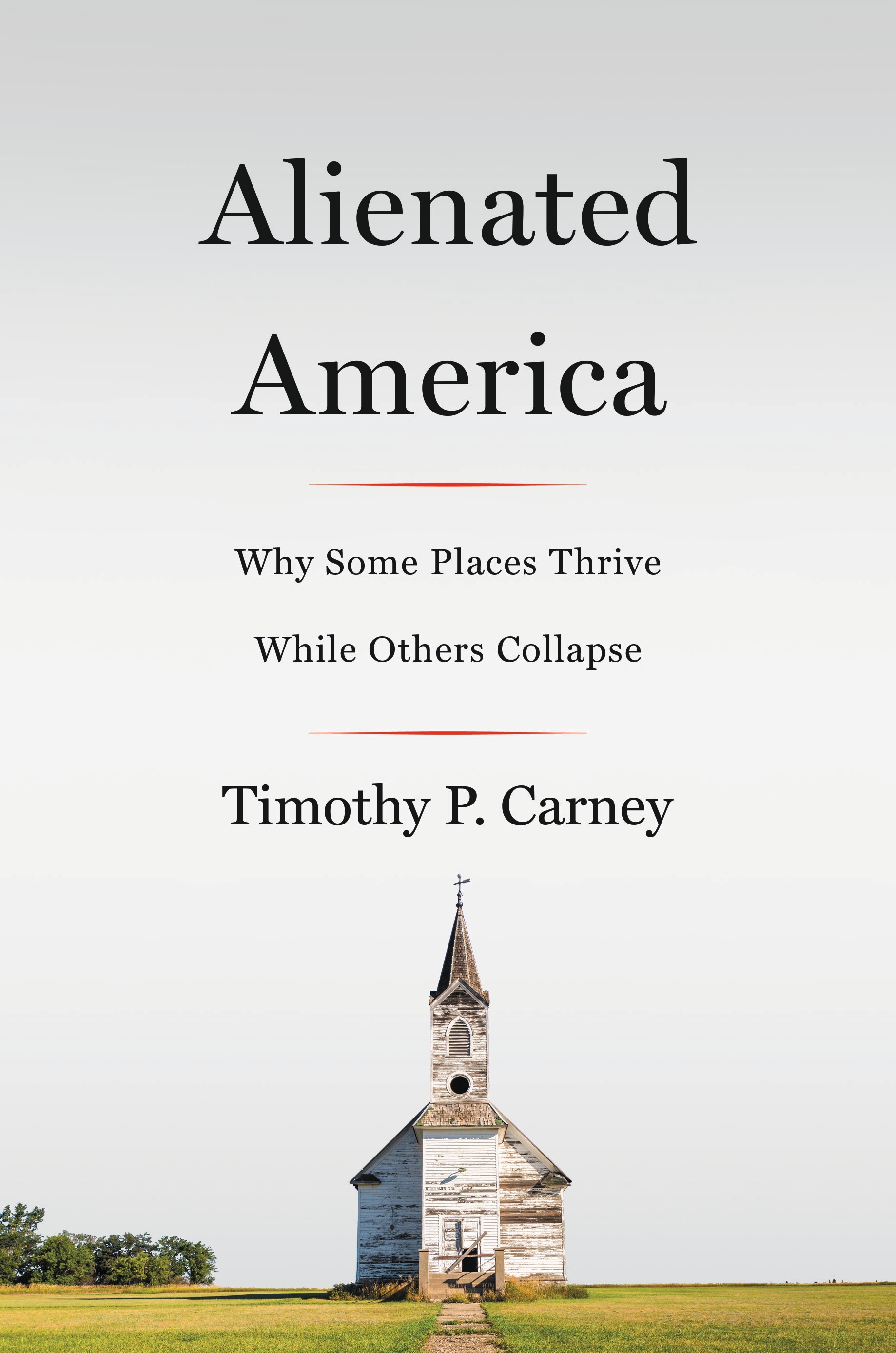 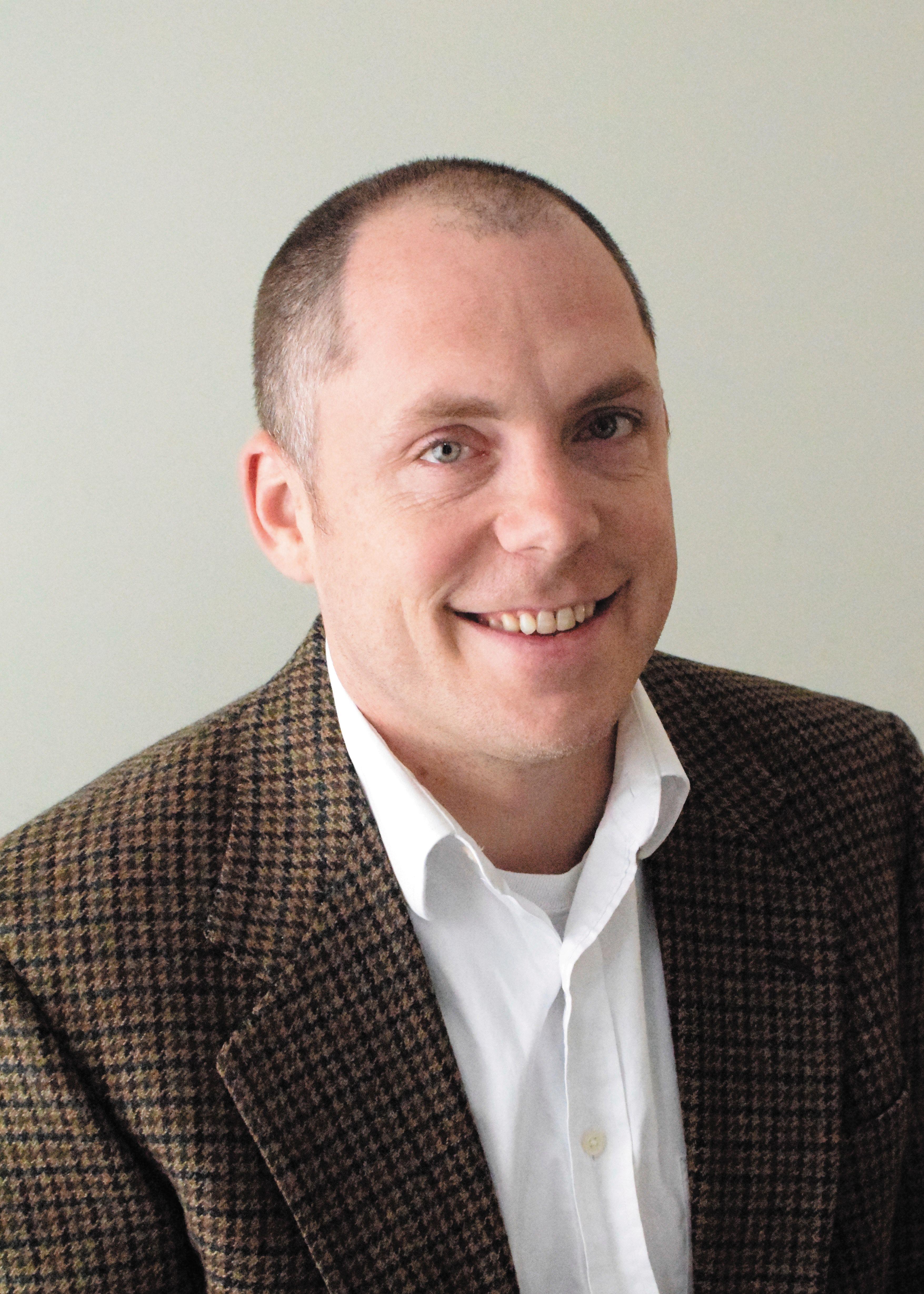 Timothy P. Carney Tim is the senior political columnist at the Washington Examiner and a resident fellow at the American Enterprise Institute.
COMMENT BELOW