Riders wait for a bus in Detroit. Associated Press/Photo by Paul Sancya (file)

Mark Judkins, who helps pastor Mosaic Midtown Church in Detroit, said he is worried about what he’ll find when he reconnects with the congregation on the other side of the pandemic. The majority of Mosaic church members are African American, many from the poorer neighborhoods of the city. Several have already called to say their elderly parents have died of COVID-19 or that they’re sick themselves.

The church has Zoom meetings twice a day to check in, pray, and hold a Bible study, but Judkins knows many of the members are falling through the cracks. He can’t reach about half of the congregation because some don’t have internet, a computer, or even a phone.

“I’m really sad I can’t be the minister I need to be in this scenario,” Judkins said. “Just a checkup on somebody isn’t ‘essential.’ We can’t even visit family.”

Detroit accounts for about 25 percent of Michigan’s confirmed COVID-19 cases with more than 7,000 infections and 475 deaths, according to state government figures. About 80 percent of the city’s residents are African American, a population hit disproportionately hard by the coronavirus outbreak.

Officials don’t always gather or share demographic information about the pandemic’s victims. But the Centers for Disease Control and Prevention last week released racial data for COVID-19 hospitalizations in March in 14 states. The numbers showed that one-third of the patients were African Americans, who make up only about 13 percent of the U.S. population. An analysis of 3,300 coronavirus deaths found that 42 percent were African American even though they only made up 21 percent of the populations of the areas examined.

A combination of factors puts poorer communities at higher risk for the disease. Low-wage, hourly workers are more likely to have jobs that are considered essential, like grocery store employees, bus drivers, fast-food servers, and some domestic workers.

In Detroit, workers often have a two-hour commute on a crowded bus to get to those jobs.

“Our people still have to take the bus every day, and our buses are crowded,” Judkins said. “To me, that’s the No. 1 place that I think it’s getting passed around.”

Even if they can stay home, Detroit’s urban residents are more likely to live in high-density housing, with multiple families to a home or apartment.

Chicago faces the same problem. Last week, Mayor Lori Lightfoot announced a public health campaign after new numbers showed African Americans accounted for 72 percent of coronavirus deaths and 52 percent of positive tests in a city where they only make up about 30 percent of the population.

Wayne “Coach” Gordon, who pastors a church in Chicago’s majority–African American Lawndale neighborhood, said the pandemic has revealed a preexisting weakness in healthcare access. Many African American residents have to drive a long way to Cook County Hospital, which treats uninsured patients. On top of that, the community has higher rates of hypertension and asthma due to pollution and other issues that put them at higher risk. And they don’t always trust public health officials, Gordon noted.

“We’ve had quite a few people in our own church get the coronavirus, and we’ve had a few deaths already,” he said. “And those are all hard.”

Gordon said one of the high school students at his church called him from the car on the way to the hospital, barely able to speak. He ended up being on a ventilator for a while before he went home.

“As a pastor, I want to go to the hospital,” Gordon said. “I want to lay hands on him, anoint him with oil, and we can’t do any of those things. So it’s just heartbreaking.”

But he said that since the statistics about the coronavirus and race have come out, nonprofit groups and the local government have started looking for ways to protect African American communities from the pandemic. And Gordon is finding new ways to pastor his flock, calling people who are in the hospital, having conversations from the sidewalk, and streaming services online. 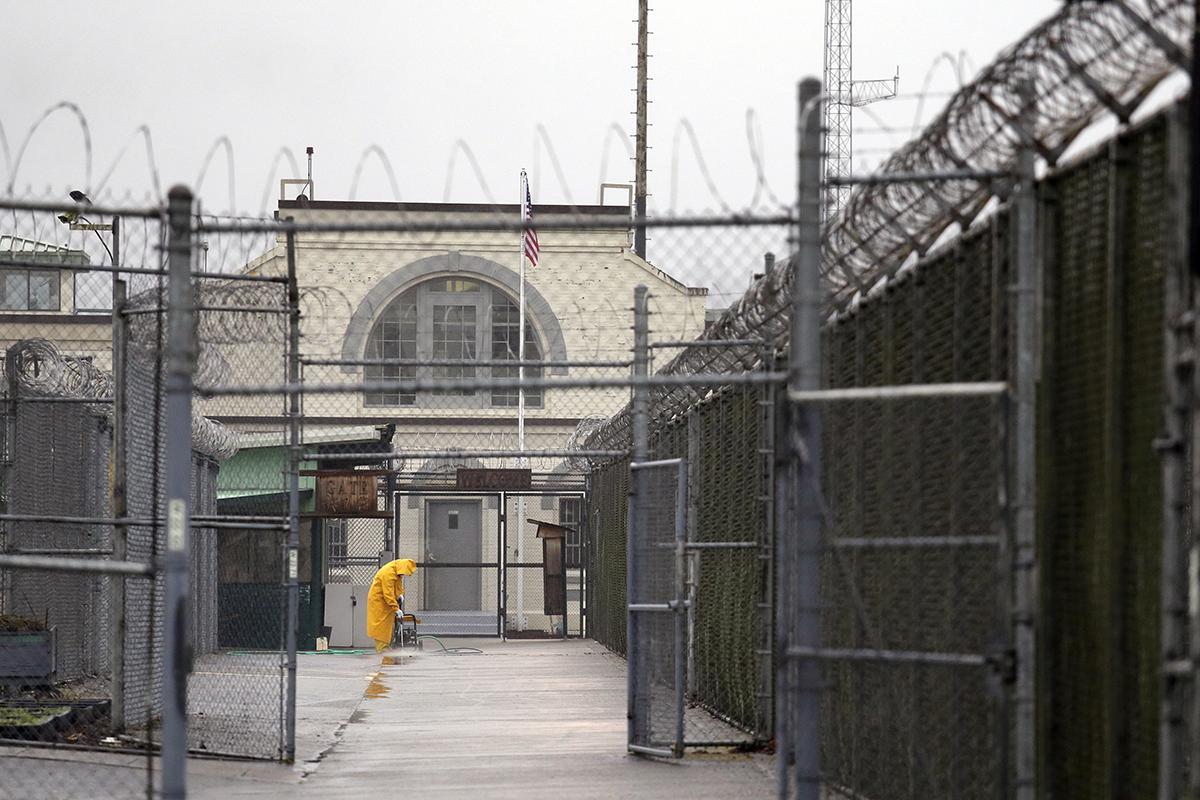 Protecting prisoners and the public

Washington Gov. Jay Inslee announced on Monday that the state would release up to 950 inmates to reduce the risk of spreading COVID-19 in prisons. Inslee, a Democrat, said those released were nonviolent offenders who were particularly vulnerable to the disease and nearing the end of their sentences. The state’s American Civil Liberties Union applauded the decision and called for more releases. Republican state Sen. Mike Padden called the effort extreme and said the public was “rightfully alarmed and upset.”

This announcement followed the news on April 8 that six inmates at a state prison had tested positive for COVID-19. That night, 200 inmates from different parts of the prison rioted, threatening to set fires. On Friday, the state’s Supreme Court ordered the governor and the Department of Corrections to take immediate steps to keep inmates safe.

“The most important thing is to try to keep COVID-19 out of prisons,” Prison Fellowship President and CEO James Ackerman said. The ministry has recommended jails release inmates who have served two-thirds of their sentences for nonviolent crimes and are not a threat to society, especially if they are high-risk for the disease.

At the federal level, U.S. Attorney General William Barr is encouraging the Bureau of Prisons to expand home confinement and reduce pretrial detention. He also instructed prosecutors to consider the coronavirus when making bail decisions: “Even with the extensive precautions we are currently taking, each time a new person is added to a jail, it presents at least some risk to the personnel who operate that facility and to the people incarcerated therein.” Prison Fellowship released a statement backing Barr’s approach. —Charissa Koh 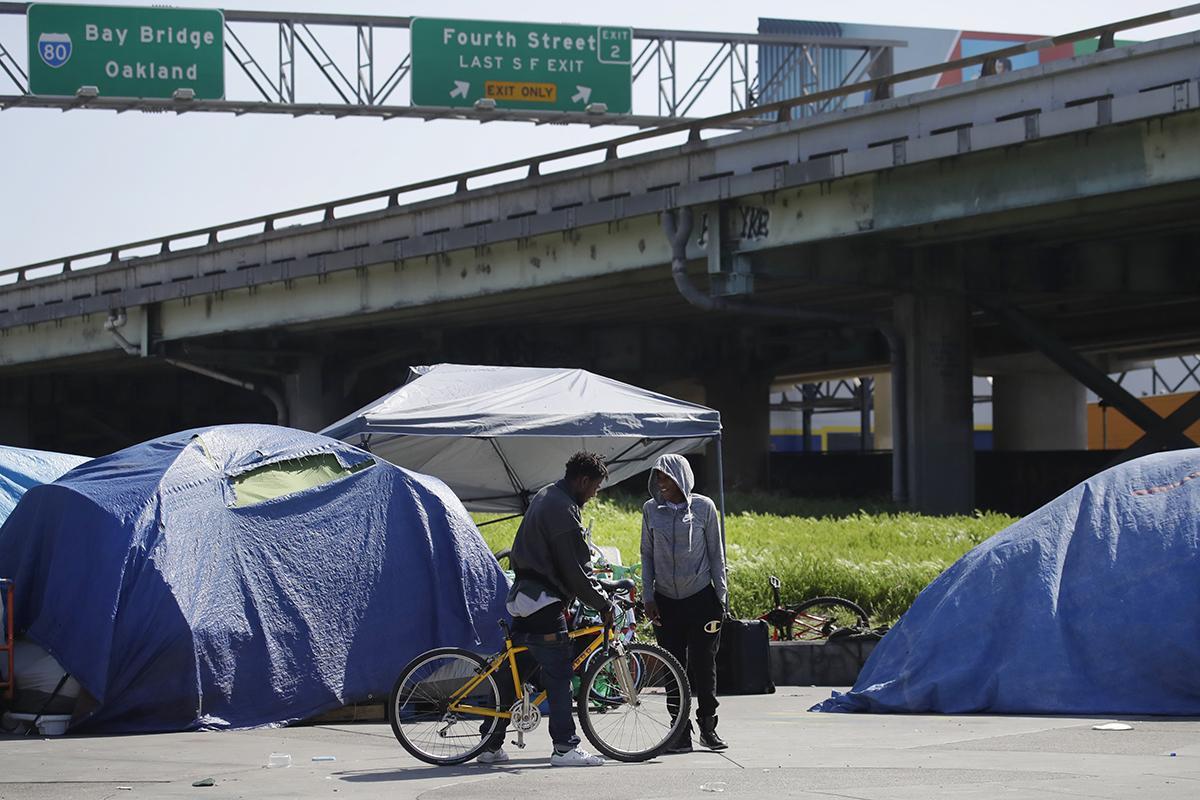 San Francisco officials are changing their tune on homeless people in tents. After working to reduce the number of encampments, officials said tents could be the best option some homeless people have to maintain social distancing.

“When we started out working on addressing tent encampments in August 2016, we estimated there were about 1,200 tents citywide,” Jeff Kositsky, the city’s Healthy Streets Operations Center manager, told the San Francisco Chronicle. “We got it down to under 400. Now, I estimate it is over 750 and rising quickly.”

The city’s shelters, already full, are poorly suited for social distancing. California officials are talking about renting hotel rooms for the homeless, but the idea has yet to pan out and likely would only house a small percentage of those who need shelter. —C.K.