On Sunday afternoon, a row of cars was stranded along the notorious highway between Nigeria’s capital city of Abuja and Kaduna state as suspected bandits staged an hourlong attack. At 2 p.m., armed attackers opened fire and began seizing passengers from vehicles, sending people fleeing into nearby bushes for cover. Other travelers who heard the gunshots turned around and fled. Authorities said the gunmen kidnapped several people and killed Sagir Hamidu, a former candidate for governor. The bandits staged another attack along the same road on Monday.

The same day in northwestern Katsina state, at least four people died after about 100 bandits stormed into the village of Barawa. “They looted all the shops in the community and went away with goats and sheep,” said Bashir Isa, a resident.

Insurgent attacks persist across northern Nigeria, while other regions battle attacks from militant herdsmen and other armed groups. Despite the growing unrest, the U.S. State Department last week removed Nigeria from its list of countries of particular concern, which highlights places with egregious religious freedom violations. The decision, coming as Secretary of State Antony Blinken completed his first official Africa tour that included a stop in Nigeria, has prompted criticism from some religious freedom advocates.

Blinken announced the new designations for systemic religious freedom violators in a statement last Wednesday. The list identifies China, Russia, Algeria, and others as countries of particular concern. Nigeria, which had been added to the list for the first time last year, was removed, and it also did not appear on the second-tier special watch list. Afghanistan was also absent from both lists.

The U.S. State Department did include the terrorist organizations Boko Haram and the Islamic State West Africa Province (ISWAP) on its list of entities of particular concern. On Monday, Nigeria’s Premium Times said Boko Haram released a video showing four abducted people, including a local employee of the United Nations’ children’s agency. And in a Nov. 14 attack, insurgents with ISWAP staged a counteroffensive against security forces in northeast Nigeria. An army general and three soldiers died in the attack in an area sharing porous borders with Sambisa Forest—a popular insurgent hideout.

The Church of the Brethren in Nigeria said two of the killed soldiers attended its churches in the community: “We were able to hold church service but a Catholic church whose location is close to the scene of the attacks could not hold Sunday worship.”

The Katsina state government last week said bandits had killed at least 213 people and abducted 676 others between July and October. Neighboring Sokoto state reported similar attacks, including one that killed 43 people last week. Armed bandits with links to Islamist extremist groups have kidnapped more than 1,400 students from schools across northern Nigeria between March 2020 and September 2021.

During an address while visiting Abuja, Blinken acknowledged that instability and insecurity remain top concerns in the country: “The threats posed by violent extremists, by criminals, internal armed conflict—these threats are very real, and so present in people’s lives.”

Back in August, several rights groups issued a joint statement listing ongoing abuses and intertwining crises across Nigeria. They urged Blinken to avoid lifting pressure on President Muhammadu Buhari’s administration by removing Nigeria’s “country of particular concern” designation. Sam Brownback, the U.S. State Department’s former religious freedom ambassador, called the removal a serious blow to religious freedom in the region: “This rewards the Nigerian government for tolerating severe religious freedom violations and sends a message to extremists that their actions will continue to go unpunished.”

Mark Lipdo of the Stefanos Foundation, a group in central Nigeria that advocates for persecuted Christians, told me that while the country needs more national solutions to its problem, the United States’ move was disappointing. Suspected bandits abducted one of his neighbors two weeks ago, he said. The man’s family is still trying to negotiate his freedom.

“We don’t even know whether he’s alive,” he said. “We see hypocrisy at play, and it’s rather unfortunate.” 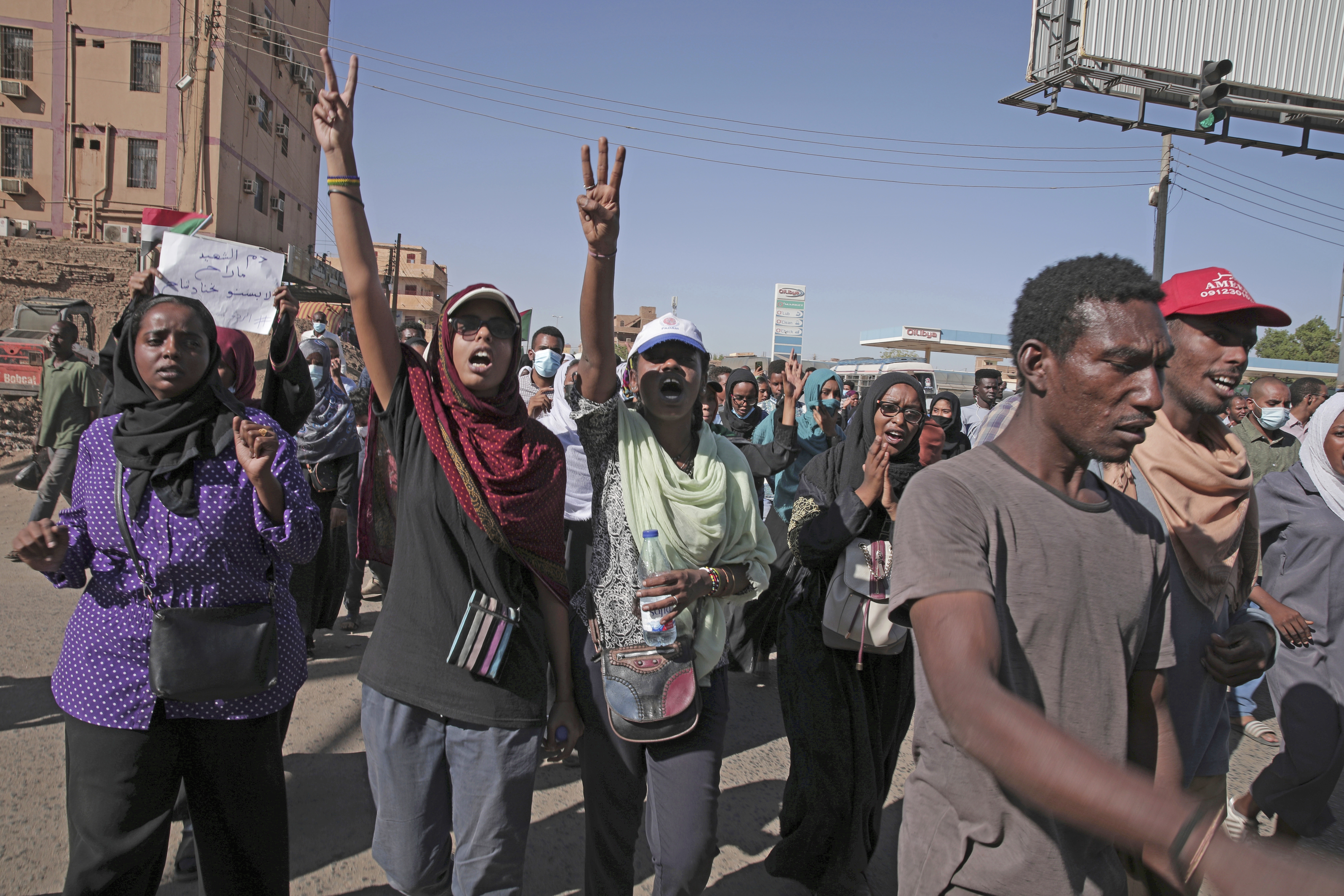 Sudan’s Prime Minister Abdalla Hamdok returned to office this week under a deal with top military generals, but the agreement faces opposition from pro-democracy activists. Hamdok spent nearly a month under house arrest after the military seized power in a coup on Oct. 25.

Hamdok said under the deal he will head up a technocratic cabinet that will lead the government until the country holds elections. He said he will retain the power to make independent government appointments. But activists within the country have criticized the deal as an “attempt to legitimize the coup.” The agreement is likely a concession, as the military is under mounting pressure from other nations, including the United States, which has suspended $700 million in aid.

Thousands of protesters marched in the streets after the Sunday deal to oppose what they see as a betrayal. Several chanted “Hamdok has sold the revolution.” At least 12 members of Hamdok’s transitional government have resigned in protest. Sudanese doctors said authorities have killed at least 41 people since anti-coup protests began following last month’s military takeover. —O.O. 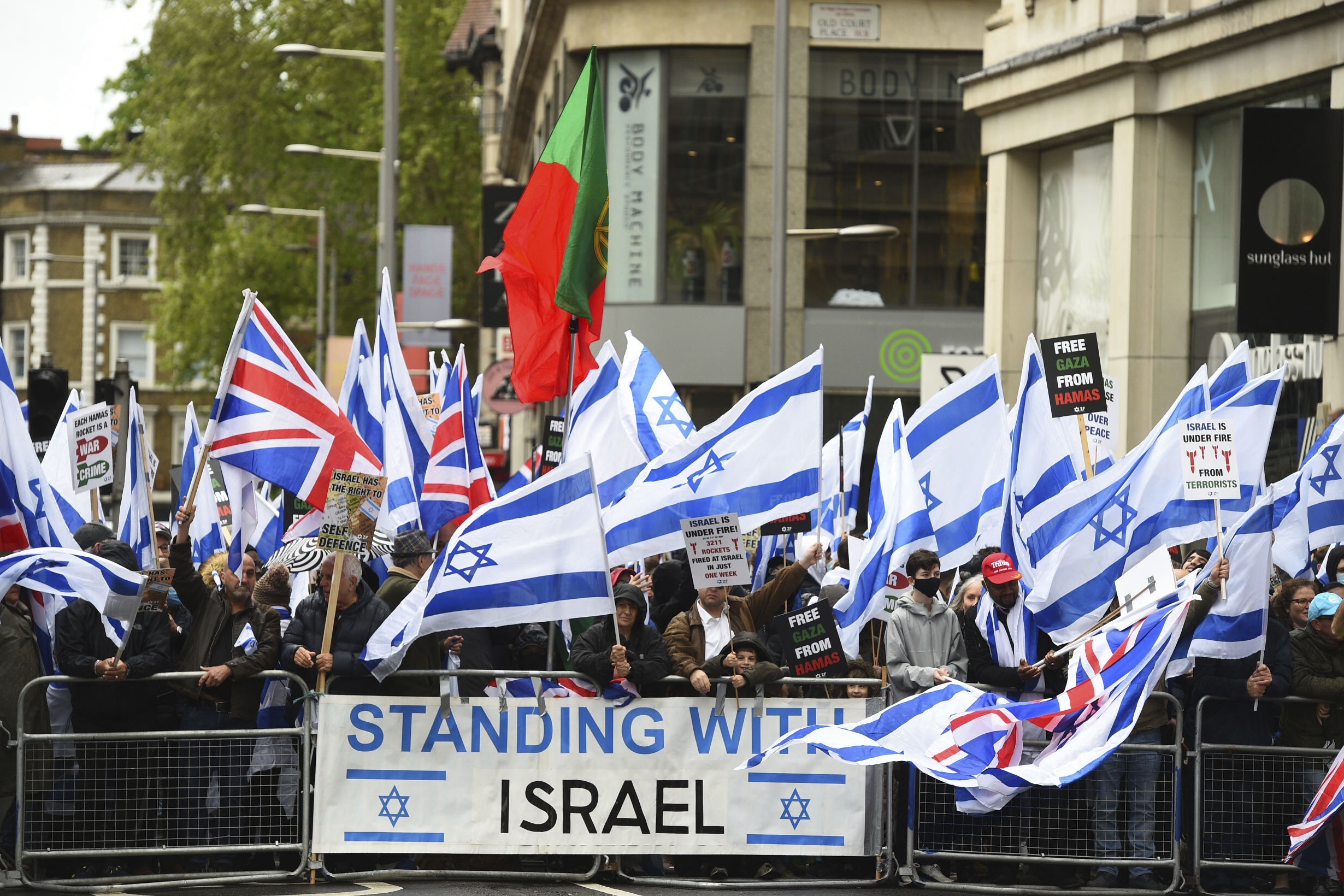 A rally near the Israeli Embassy in London Associated Press/Photo by Kirsty O'Connor/PA, file

What Islamic or ISIS lobbying effort works in Washington? Would lobbyist pressure explain this decision?