The State Department recognized the recipients during its second annual Ministerial to Advance Religious Freedom in Washington, D.C. About 900 participants and 100 official delegates attended the three-day event, which focused on promoting religious freedom on an international scale and holding religious oppressors accountable.

Awardees included Abubakar Abdullahi, a Nigerian Muslim imam who sheltered 262 Christians in a mosque and his home during a herdsmen attack in June 2018. Abdullahi, 83, pleaded with the attackers who stormed the village of Nghar in Plateau state to spare the Christians, significantly reducing the number of casualties.

In Brazil, award recipient Ivanir dos Santos established the Commission to Combat Religious Intolerance, which pushes for interfaith cooperation and includes members from different religious and civil society groups. In 2008, he started the annual Walk in Defense of Religious Freedom event in Rio de Janeiro, which brings together Christians, Muslims, Buddhists, Jews, and other faith groups. The other winners were William and Pascale Warda of Iraq, who advocate for human rights causes there, and Salpy Eskidjian Weiderud of Cyprus, who spearheaded a peace-building initiative working with religious leaders.

During his keynote address, Secretary of State Mike Pompeo said 83 percent of the world’s population lives in nations where religious freedom is either under threat or completely denied. He told the awardees their presence underscores the fact that the right to worship is undeniable. “I hope that through these awards, we’d inspire others to do their part,” Pompeo said. “The world needs more ordinary citizens doing these remarkably extraordinary things.” 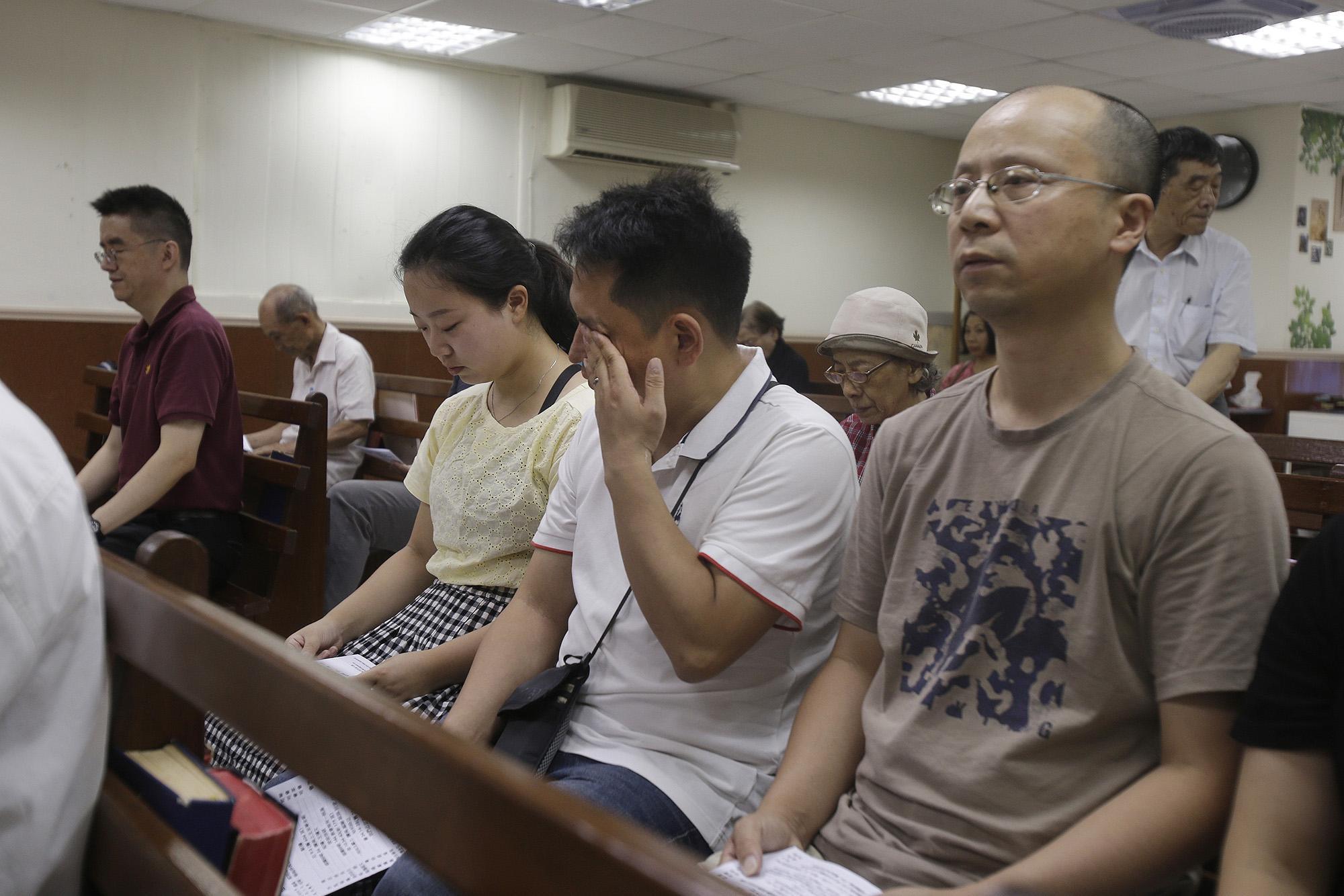 As the Chinese government continues to target members and leaders of Early Rain Covenant Church, a prominent house church in Chengdu, some have fled the country in search of asylum.

Seven months after police cracked down on the church, Pastor Wang Yi remains in detention without access to his lawyer, Zhang Peihong. Chinese authorities detained Wang on charges of incitement to subvert state power, and they have added the charge of running an illegal business, Radio Free Asia (RFA) reported.

A local Christian told RFA that authorities likely added the second charge because they lacked sufficient evidence of subversion. Church elders Li Yingqiang and Zhang Defu are also being held on charges of “picking quarrels and stirring up trouble” and running an illegal business. Wang had been an outspoken critic of the Chinese Communist Party’s crackdown on Christianity.

Earlier this month, six church members flew to the self-governed island of Taiwan on medical tourist visas and have applied for a visa extension to seek asylum in the United States. Liao Qiang, who came to Taiwan with six members of his family, told RFA that police pressured him to renounce his church, but he refused. His daughter Ren Ruiting said she had to report her whereabouts to the police when she went out.

Another Early Rain member named Li told RFA that “around 50 to 60 percent of Early Rain members are currently under surveillance right now.” The scrutiny prevents them from meeting in groups of more than five or six.

China cracked down on Early Rain in December 2018, raiding homes and arresting more than 100 people. Authorities have released most of them, including Wang’s wife, Jiang Rong. Freed Early Rain members told ChinaAid that authorities forced them to slander Wang and church elders. Guards shackled the wrists and ankles of arrestees who refused to renounce the church and prevented them from sleeping. —Julia A. Seymour 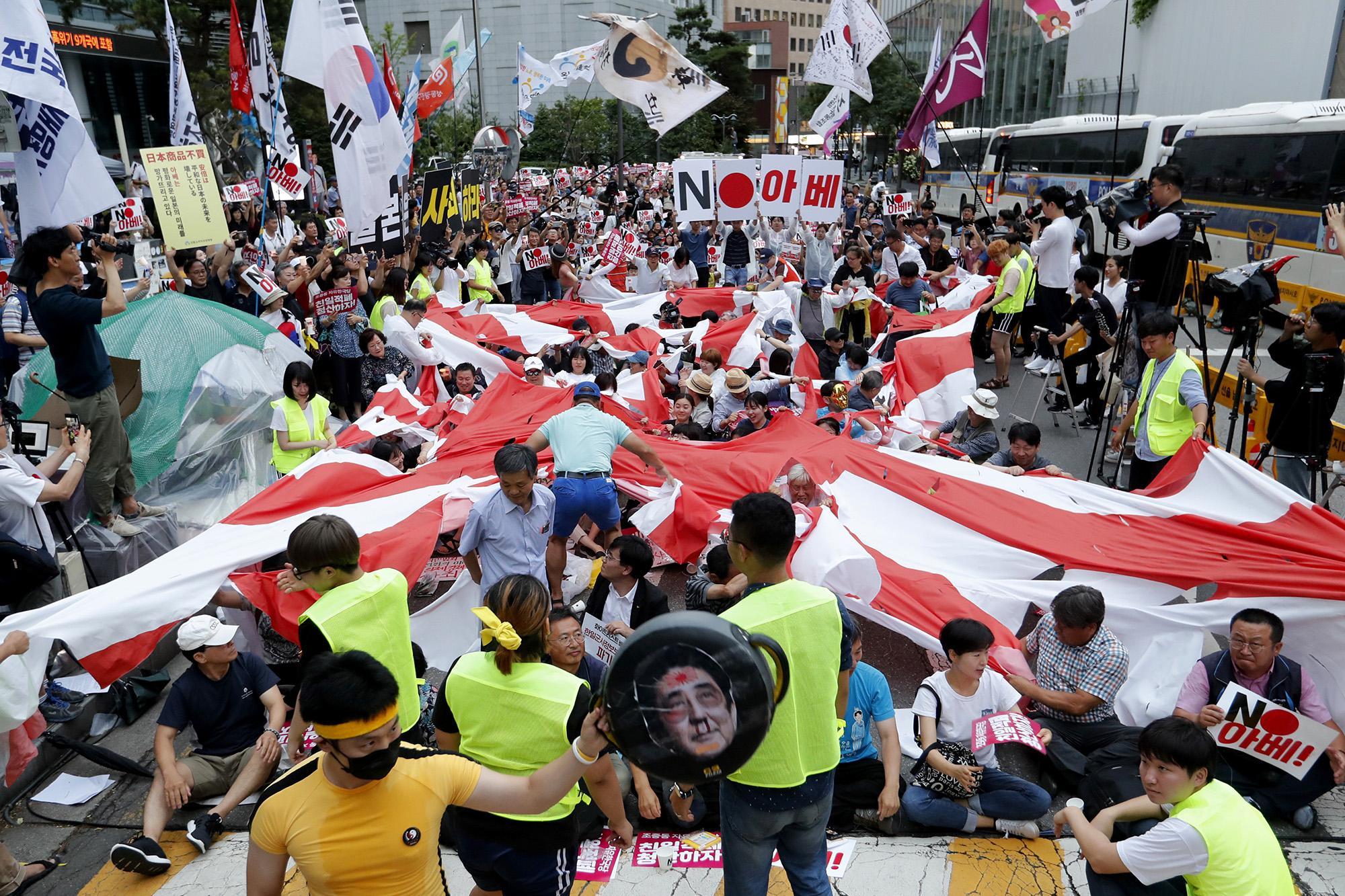 An elderly South Korean man died last week after setting himself on fire near the Japanese Embassy in Seoul amid tense relations between the two nations. The man ignited the fire inside his car, which was parked near the embassy. Police said they found about 20 disposable gas canisters in the vehicle.

His family members told investigators that the 78-year-old man was a conscripted laborer during Japan’s colonial rule of the Korean Peninsula from 1910 to 1945. He called an acquaintance ahead of the incident to say he planned to self-immolate to express “his hostility against Japan.”

The Japanese colonization of Korea has strained relations between the two nations for decades. This month, Japan curbed the export of high-tech materials used in memory chips and smartphones to South Korea. The export restrictions followed an order from South Korea’s highest court last year mandating that two Japanese firms compensate forced laborers.

Japan argued the issue had been resolved in a 1965 treaty that included a package of loans and warned it would take “necessary measures” if South Korea continued to push for compensation. On Monday, South Korean police detained six people who dashed into the Japanese Consulate yard and shouted, “Japan must apologize.”

Prayut led a military coup in 2014 that followed months of street protests and violent clashes. He then served as head of the military government. “Thailand is now fully a democratic country with a constitutional monarchy, with a parliament whose members are elected,” Prayut said. “All problems will be addressed normally based on a democratic system with no use of special powers.” —O.O.

An autopsy revealed assailants raped her repeatedly before stoning her to death, International Christian Concern reported. Locals believe the murderers were terrorists with Jabhat al-Nusra, a Syrian offshoot of al-Qaeda. Although Islamic State (ISIS) no longer controls the area, many other Islamist groups remain and continue committing atrocities against Christians. Few women remain in the Christian village of Al-Yaqoubiyeh due to the terrorists. —J.A.S.