Amid increasing attempts to legalize euthanasia at the state level, the nation’s second-largest network of physicians officially spoke out against it last week.

The American College of Physicians (ACP) wrote in a position statement published last Tuesday in the Annals of Internal Medicine that the organization of 152,000 medical professionals stands against the legalization of physician-assisted suicide, “the practice of which raises ethical, clinical, and other concerns.”

“Control over the manner and timing of a person’s death has not been and should not be a goal of medicine,” the group concluded. “However, though high-quality care, effective communication, compassionate support, and the right resources, physicians can help patients control many aspects of how they live out life’s last chapter.”

The position paper came in response to increasing public interest in legalizing euthanasia to promote patient autonomy at the end of life. The ACP said it remained “attentive to all voices” but decided to oppose legalization efforts.

John Di Camillo, a staff ethicist with the National Catholic Bioethics Center, told me the decision is “wonderful news.”

The ACP statement is “giving voice to the real need of compassionate and supportive care for people who may be considering requests for assisted suicide and protecting the role of physicians as healers, not killers,” he said.

The much larger American Medical Association (AMA) has for years discouraged physicians from being “involved in interventions that have as their primary intention the ending of a person’s life.”

Alex Schadenberg, director of the Euthanasia Prevention Coalition, told me the ACP statement aligning with the AMA should help shatter the pro-euthanasia movement’s illusion of unstoppable momentum.

“The facts show otherwise, that there’s not really a massive turn toward assisted suicide going on,” he said. “Over and over again, almost every state is constantly defeating this. The doctors remain against it. The court decisions in the last couple of years have all gone against it, and yet there’s a perception that the opposite is true.”

Physician statements like the ACP’s carry a lot of weight with legislators “because when you legalize assisted suicide, you’re actually asking physicians to be directly and intentionally involved with giving lethal drugs to their patients,” Schadenberg said.

In Canada, where lawmakers legalized assisted suicide last year, advocates have pushed to expand the Medical Aid in Dying (MAID) law to include children and patients with dementia, Schadenberg noted. Some Canadian doctors have opted out of the law, but last week, the Montreal Gazette cited a recent Quebec study showing 91 percent of caregivers support expanding MAID to patients with Alzheimer’s and dementia.

The pro-euthanasia camp has yet to make such headway in the United States.

Since Oregon passed its Death with Dignity Act in 1994, lawmakers have filed 231 bills seeking to legalize euthanasia in state legislatures across the country, according to the Patients Rights Council. One-fifth—43 bills—appeared this year, and every one of them failed before becoming law.

Lawmakers in only five states—Oregon, Washington, Vermont, California, and Colorado—have legalized assisted suicide. The Council of the District of Columbia approved a law last year, but federal lawmakers could overturn that measure.

Meanwhile, Alabama adopted a ban on any form of aid in dying in June, and New York’s high court refused to legalize physician-assisted suicide earlier this month. 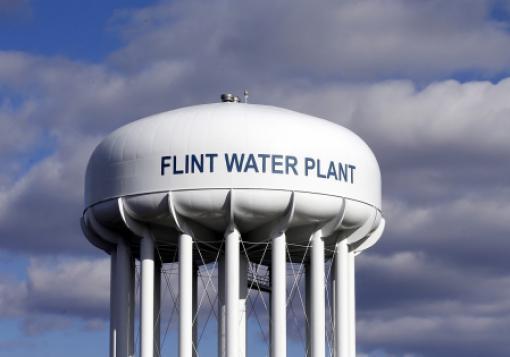 The littlest victims of the Flint water crisis

Water from the Flint River in Michigan has been blamed for miscarriages and infertility in addition to widespread illness and 12 deaths between 2014 and 2015. Researchers linked the water crisis to a 12 percent drop in fertility rates among women living in Flint, and a 58 percent increase in fetal deaths, according to a new study.

Researchers from the University of Kansas and West Virginia University examined vital records for Flint and compared them to the rest of Michigan for the years during which untreated water from the Flint River flowed through the city’s aging water system, leeching lead from decades-old pipes.

Since then, prosecutors have filed criminal indictments against 15 officials over the water crisis, including former Michigan health department head Nick Lyon, who faces up to 15 years in prison. —S.G. 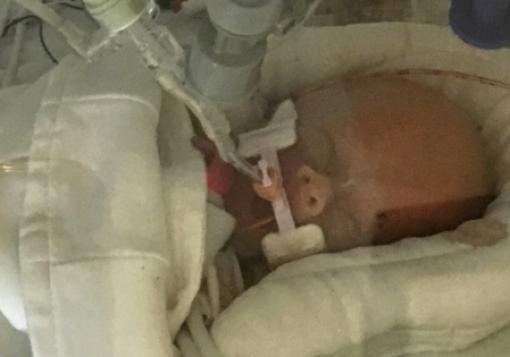 Family mourns loss of baby a mom died to save

Life Lynn DeKlyen, the baby born at 24 weeks to a mother who refused chemotherapy treatment, died last week at the University of Michigan Hospital. The infant died less than two weeks after the death of her mother, Carrie DeKlyen, who left behind her husband Nick and five other children. The couple cited their Christian faith for refusing treatment for Carrie’s brain cancer during her pregnancy, as it would have threatened their daughter’s life. —S.G.

Denmark has set aside nearly $50 million for international abortion funding in response to U.S. President Donald Trump’s reinstatement of the Reagan-era Mexico City policy that had been rescinded by President Barack Obama in 2009. The policy blocks U.S. funding for any non-governmental organization that provides abortions. After Trump put the policy back in place, other nations jumped to pledge money to international abortion groups like Marie Stopes International and the International Planned Parenthood Federation. —S.G.

Planned Parenthood of Northern New England and the American Civil Liberties Union (ACLU) of Maine filed a lawsuit last week against Maine’s 1979 law requiring abortions be performed by physicians. The abortion giant wants the state to grant nurse practitioners and midwives permission to perform them as well. A successful lawsuit could open the door to challenges in 41 other states with similar laws, according to an ACLU spokeswoman. —S.G.

British doctors and families wanting to withhold food and water from ailing patients no longer need a court order. A judge ruled last week that withdrawing food and water should be in the same category as removing life support or life-saving treatment like dialysis, which don’t need court approval. —S.G.