Democrats campaign on undoing the president’s effect on the judiciary

Trump’s promise to fill court vacancies with judges who would rule conservatively on cultural questions about life, marriage, family, and religious liberty played an important role in getting him elected. In a CNN exit poll during the 2016 presidential election, about 48 percent of all voters said the Supreme Court was an important factor in their decision, and 56 percent of those who voted for Trump listed it as the “most important factor.”

As president, Trump followed through with not one but two conservative Supreme Court justices, Neil Gorsuch and Brett Kavanaugh. While the high court has garnered the most public attention, Trump also is having a sizable influence on the lower courts, where hundreds of thousands of cases are decided each year.

As of Tuesday, the Senate had confirmed 91 of Trump’s appointees, compared to 75 of Obama’s appointees at this same point in his term, according to data from The Heritage Foundation.

“People don’t think about how around 99 percent of the cases in the federal court system never reach the Supreme Court,” Tom Jipping, deputy director of the Edwin Meese Center for Legal and Judicial Studies at The Heritage Foundation, told me. “Lower federal court judges … have the last word on virtually every case.”

Trump’s picks might not dilute the power of liberal activist judges as much as conservatives hope. A Brookings Institute study by Russell Wheeler noted that Trump’s nominees have mostly strengthened already conservative majorities on the 5th, 6th, 7th, and 8th U.S. Circuit Courts of Appeals, where they have replaced judges appointed by previous Republican presidents. Out of 29 of Trump’s circuit-level appointments, only 10 were to replace judges selected by a Democratic president.

Trump’s ultimate judicial legacy may be to “preserve and extend, rather than alter” the ideological leanings of the courts, wrote Ed Whelan of the Ethics and Public Policy Center for National Review. Still, if Trump managed to fill all current federal court vacancies, Republican-appointees would make up 54 percent of all circuit judges, up from 44 percent when he took office, Wheeler noted.

Meanwhile, liberals are pushing for court-packing to counter Trump’s influence. Activist groups such as Demand Justice and Indivisible have floated ideas like adding seats to the Supreme Court and imposing term limits on judges. Several 2020 Democratic presidential candidates have already lined up in support of those proposals.

Democratic hopeful Pete Buttigieg, the mayor of South Bend, Ind., suggested expanding the high court from nine justices to 15—with Republicans picking five, Democrats picking five, and the justices themselves deciding the remaining five. Four other Democratic candidates, Sens. Kamala Harris of California, Elizabeth Warren of Massachusetts, and Kirsten Gillibrand of New York, and former U.S. Rep. Beto O’Rourke of Texas, said they would be willing to expand the Supreme Court.

Aaron Belkin, executive director of the advocacy group Pack the Courts, told Politico that the expansion of the Supreme Court by a Democratic president is necessary because major liberal proposals like Medicare for All would not survive conservative legal challenges “because the court has been stolen.”

Other Democratic presidential candidates, including Sens. Cory Booker of New Jersey and Amy Klobuchar of Minnesota, have expressed caution about drastic changes to the current judicial system, but such a moderate position may leave them behind as their colleagues move farther to the left.

The contention over the courts points to political dysfunction among the three branches of government, Jipping said, noting that judges are not supposed to fall into neat political camps. Instead, he said, they should hew close to the law and defer to the people’s elected representatives on questions outside of the Constitution, a “more modest design than a lot of political forces want today. And you can see why a lot of liberals don’t want impartial judges. Because that won’t get them what they want.”

Trump made a similar remark at a news conferences this week with Brazilian President Jair Bolsonaro, where a reporter asked about proposals to increase the number of justices on the Supreme Court.

“If they can’t catch up through the ballot box by winning an election, they want to try doing that in a different way,” Trump said. “We would have no interest in that whatsoever. That will never happen. It won’t happen. I guarantee you it won’t happen for six years.” 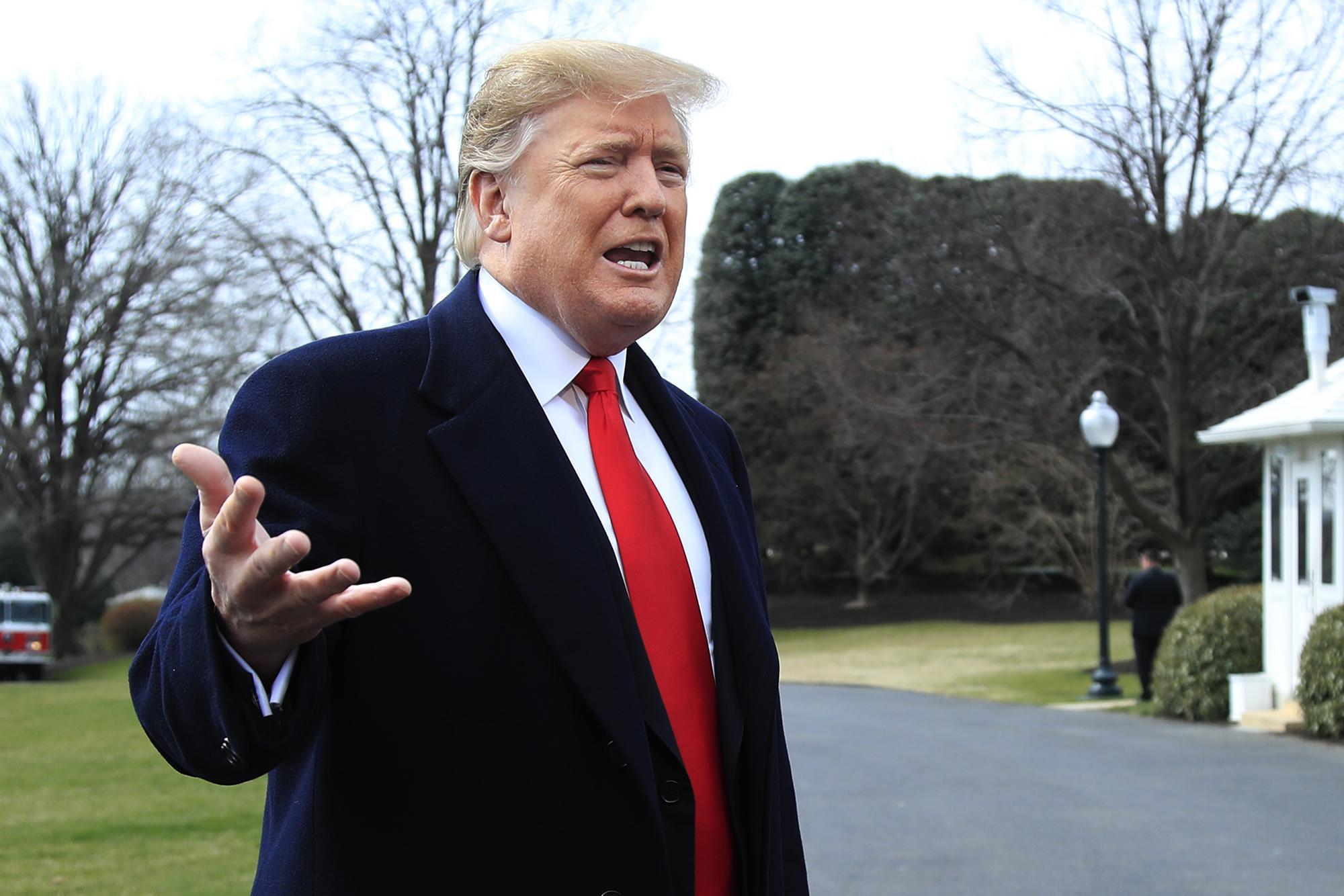 President Donald Trump endorsed the eventual public release of special counsel Robert Mueller’s investigative report into Russian interference in the 2016 U.S. presidential election even as he continued to cast doubts on its potential findings.

Asked by a reporter Wednesday if the public had a “right” to see the report, the president replied, “I don’t mind. I mean, frankly, I told the House, ‘If you want, let them see it.’” Later Wednesday, he reposted commentary from Fox News, tweeting, “‘The reason we have the Special Counsel investigation is that James Comey (a dirty cop) leaked his memos to a friend, who leaked them to the press, on purpose.’ @KennedyNation Totally illegal!”

A majority of U.S. voters want the Mueller report to see the light of day, with 82 percent of respondents in a USA Today/Suffolk University poll this week agreeing it was very or somewhat important the findings of the investigation be released. Attorney General William Barr has said he will release to the public any aspect of the report that the law allows.

The USA Today/Suffolk University poll also indicated Trump’s frequent dismissal of the probe as a “witch hunt” might be working, with the percentage of voters having “a lot of trust” in the investigation declining to 28 percent from 37 percent in October 2018. Support for impeachment proceedings against the president have also fallen to 28 percent from 39 percent. Still, 55 percent of respondents said they have at least some trust in the fairness and accuracy of the investigation, and 52 percent said they have little or no trust in Trump’s denials of collusion with Russia during the presidential campaign. —Anne K. Walters 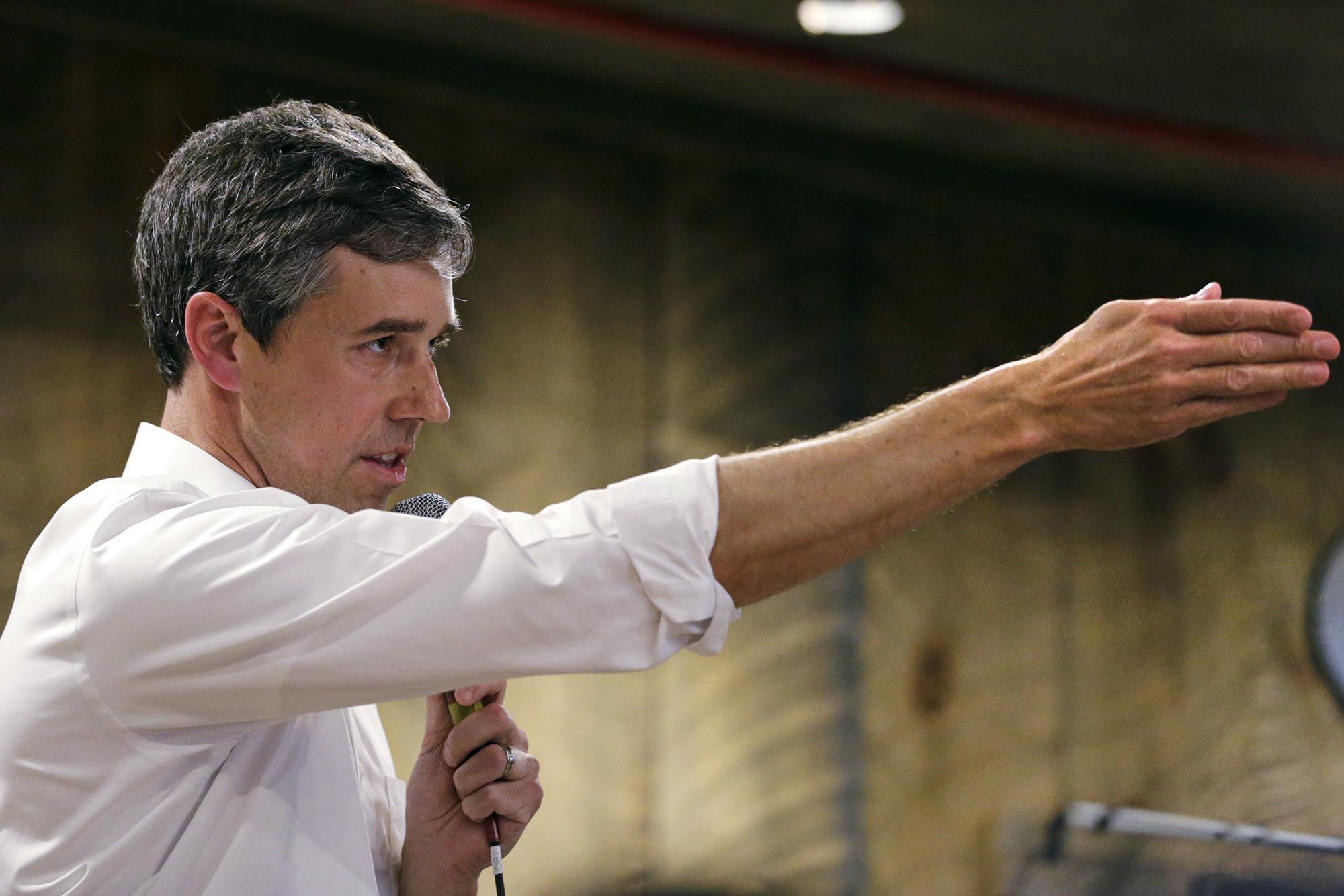 After announcing his presidential candidacy last week, former U.S. Rep. Beto O’Rourke of Texas out-fundraised all other Democrats during his first day in the race, raking in a record $6.1 million.

Previously, Sen. Bernie Sanders, I-Vt., had the largest first-day fundraising of any of the 2020 Democratic presidential candidates with $5.9 million.

Meanwhile, speculators on PredictIt, a futures market for upcoming political events, have staked the most on former Vice President Joe Biden in the race for the Democratic nomination. Sanders, Sen. Kamala Harris of California, and O’Rourke follow him, in that order. Biden has not said whether he will run, though he is expected to announce his decision in the coming weeks.

Meanwhile, news outlets are already working hard to unearth scandals in the backgrounds of the potential and announced candidates. On Friday, Reuters came under fire for waiting to release a potentially damaging news article about O’Rourke’s computer hacking activities as a teenager until after his Senate campaign had finished. O’Rourke narrowly lost to incumbent Sen. Ted Cruz, R-Texas, in last year’s midterm elections. —H.P.

Forty-nine immigrants from more than 20 countries around the world were sworn in at the George W. Bush Presidential Center in Dallas. In a speech afterward, Bush talked about the need for immigration reform and the contributions of immigrants to society. “Remember that America’s immigrant history made us who we are,” he said. “Amid all the complications of policy, may we never forget that immigration is a blessing and a strength.”

Bush also said the United States needs to protect its borders while pushing to “modernize our immigration laws soon.”

Former first lady Laura Bush also spoke, noting that the state of Texas “thrives due to the prosperity, ingenuity, transformation, and generosity of immigrants.” —H.P.