Trauma in the system

A federal judge in Texas slapped a $50,000-a-day fine on the state for failing to protect children in foster care. A lawsuit claims the Texas Department of Family and Protective Services (DFPS) suffers from overburdened caseworkers and lack of oversight, resulting in children who leave the system and go into homelessness, poverty, and worse.

In 2015, U.S. District Judge Janis Graham Jack found the state’s foster care system so rife with abuse that it violated children’s civil right to be safe from harm while in government custody. She ordered Texas to make reforms such as studying caseworkers’ workloads, hiring more caseworkers and reducing their turnover rates, and setting requirements for how often caseworkers must visit children.

The state appealed and managed to get some of Jack’s orders overturned. In July, the 5th U.S. Circuit Court of Appeals ruled the state had to begin implementing the remaining reforms. By early October, Jack threatened to hold the government in contempt of court for continuing to drag its feet, saying DFPS was not cooperating with the monitors Jack assigned to track the agency’s progress. On Nov. 5, the judge decided enough was enough and levied the $50,000 a day fine for each day the state failed to guarantee sufficient supervision for group foster homes. That amount is set to go up to $100,000 a day later this month if the state doesn’t prove to the court’s monitors that the changes are moving forward.

“I cannot find DFPS to be credible at any level,” Jack said. “I am going to have to rely on the monitors for everything.”

Her original decision painted a bleak picture of a system in which “foster children often age out of care more damaged than when they entered,” and, as adults, place “a continued strain on the government through welfare, incarceration, or otherwise.” Much of the problem comes from what the 5th Circuit judges called “crushing” caseloads on caseworkers in charge of coordinating foster children’s care. According to court documents in the case, professional consensus says a caseworker can handle a maximum of 15-20 cases at a time, and many recommend fewer than that. But the court found that 43 percent of DFPS caseworkers had more than 20 cases, and 9 percent had more than 30. Caseworker burnout results in a high turnover rate, so a child may have multiple caseworkers while in the system.

In court, DPFS argued that caseloads did not have a measurable effect on children’s long-term outcomes. But foster parents say otherwise. Kelly Stanley, a social worker and former foster parent from Waco, Texas, said she had positive experiences with some caseworkers and volunteers, but those assigned to her foster children had high turnover rates. DPFS fired the second of three caseworkers for one of her children after Stanley reported that she regularly missed the required monthly visits to her home. “She was clearly falling apart,” Stanley said.

The situation came to a head as the Stanleys were preparing to sign adoption papers. Stanley said their caseworker walked into the courtroom and explained they couldn’t adopt the boy who had been living in the home for a year because they had served the release papers to the wrong person. Instead of delivering them to the boy’s father, they delivered them to a man in the same jail with the same name. Two months later, the state returned the boy to his father, who by then was on probation.

Stanley and her husband, a youth pastor at a Baptist church, are no longer foster parents, though they hope to be again someday. She said many people say they feel like they can’t foster because it’s too hard to take in children who may leave. “I don’t think people realize the reason we’re not doing this again is not because we don’t want to—it’s because we emotionally can’t handle the chaos and the trauma that they have put us through,” she said. “It’s not just the children who come to us who are traumatized.” 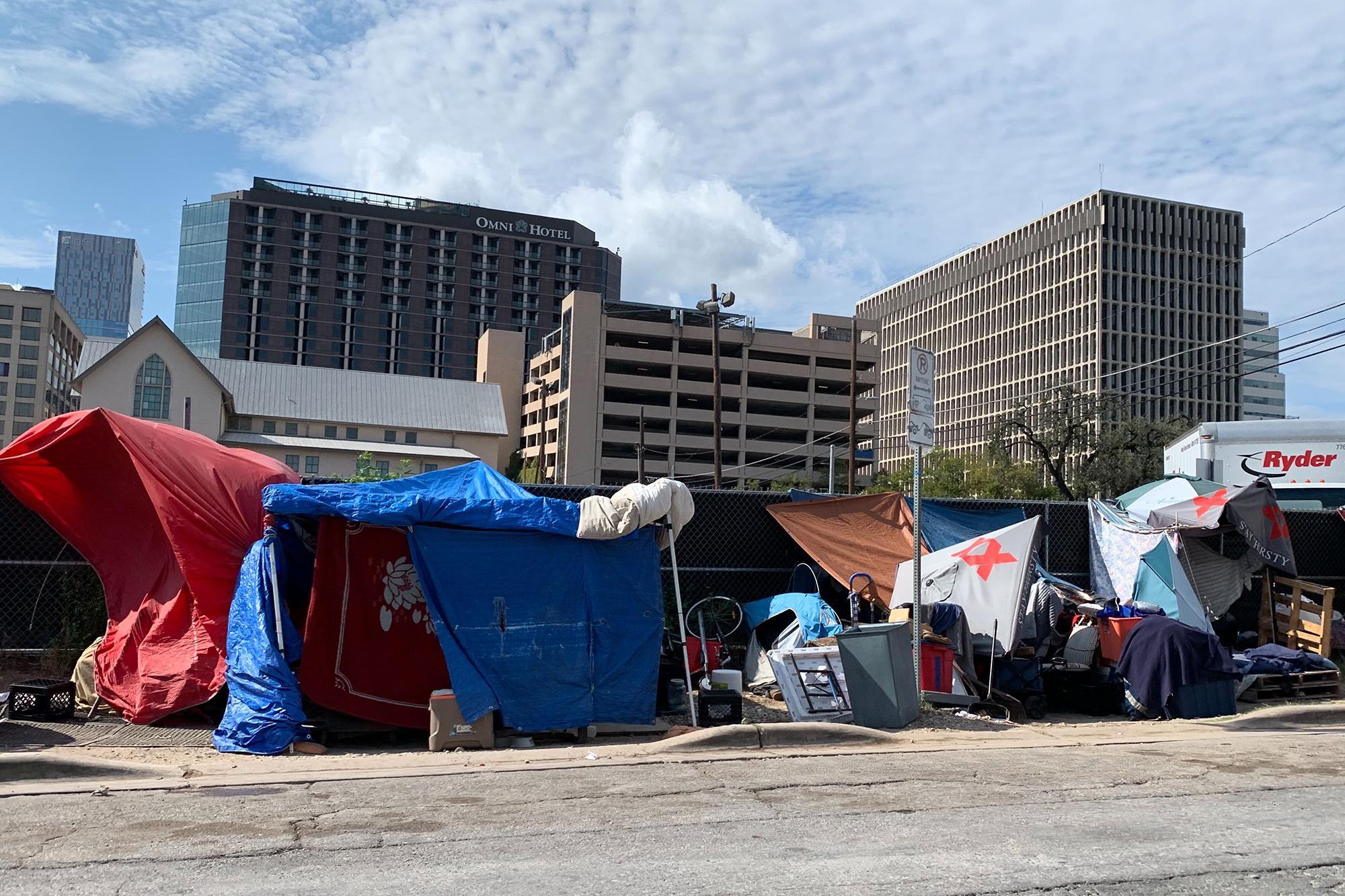 A homeless camp in Austin, Texas Photo by Charissa Koh

AUSTIN, Texas—After a monthslong feud with the City Council, Texas Gov. Greg Abbott, a Republican, sent in crews to clean up homeless encampments on Nov. 4.

This summer, the Austin City Council partially rescinded ordinances that banned people from sitting, lying, or pitching tents on most public property. Some Austin residents praised the council’s decision, but many raised safety and sanitation concerns. Abbott, whose governor’s mansion is in Austin, began tweeting examples of homeless people damaging property or disturbing pedestrians. He sent a letter to Mayor Steve Adler warning him to get the situation under control by Nov. 1 or Abbott would intervene. On Oct. 17, after hours of public testimony, the City Council decided to reimplement parts of the ban.

But Abbott was not satisfied and deployed the Department of Transportation to clean up several encampments under bridges. On Nov. 7, he announced five acres of public land would become a homeless campsite with portable restrooms and hand sanitation. —Charissa Koh 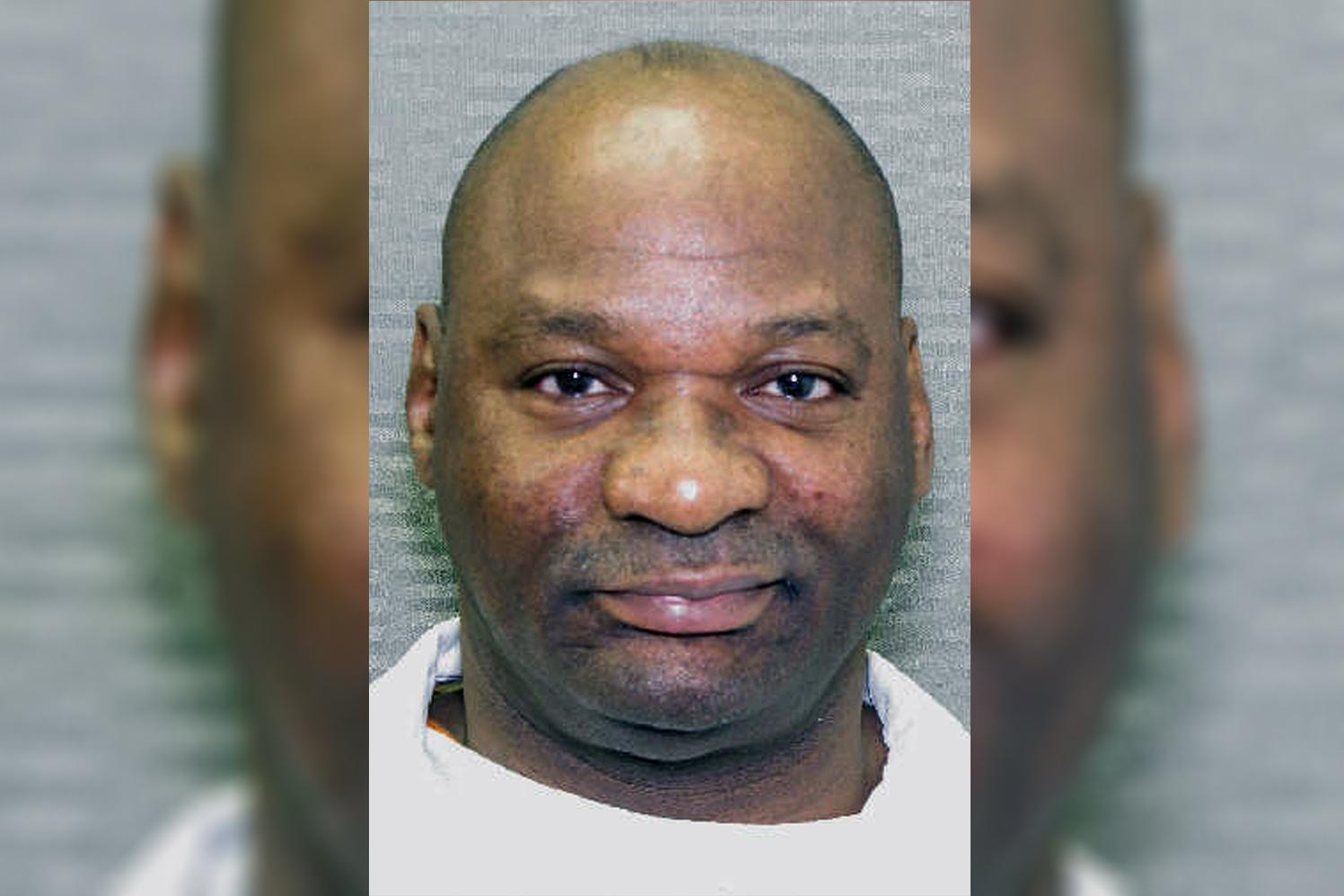 A homeless camp in Austin, Texas Photo by Charissa Koh

The Texas Court of Criminal Appeals changed inmate Bobby Moore’s sentence from death to life in prison on Nov. 6. Moore, 60, has been on death row for the last 39 years for shooting and killing an elderly store clerk in Houston. His attorneys argued Moore was mentally disabled and could not be executed, but Texas courts repeatedly disagreed. In February, the U.S. Supreme Court confirmed Moore’s disability, leaving the Texas Court of Criminal Appeals no choice but to change the sentence.—C.K.

Katie, Thank you for your sacrifice to help this problem.  But more money is only a band aid solution.  We cannot turn out self-supporting people who contribute to society if we continue down the Godless road without motivations for the institution of marriage, respect for God and a Christian work ethic.  The number of responsible foster parents is nowhere near enough to handle the ballooning number of parentless children.  As uncivilized behavior rises up the social institutions, morals and values that have held our society up will disappear and we will experience social upheaval as we have never seen before. Armageddon anyone?