President Donald Trump late last week ordered the adoption of a new policy on transgender individuals and military service. The policy, proposed by Defense Secretary James Mattis in a memo last month, restricts military service, but with narrow exceptions, to individuals able to serve according to their biological gender and with no history or diagnosis of gender dysphoria.

The Mattis memo included a 44-page study prepared by the Pentagon on the potential costs, risks, and benefits to the military in allowing transgender recruits and transgender troops to remain on active duty.

The decision comes after years of back-and-forth that started in June 2016, when then–Defense Secretary Ash Carter announced the Pentagon would begin allowing transgender individuals to serve openly in the military. A succession of memos, tweets, announcements, and court decisions kept the issue in limbo until now.

In short, the new policy disqualifies individuals who require or have already had sex-change surgery, as well as individuals with a history or diagnosis of gender dysphoria or those with discomfort about their biological sex. The policy creates exceptions for current transgender troops who have not yet undergone surgery, were medically stable for 36 months in their biological sex before joining, and are able to deploy. It also exempts current transgender troops diagnosed with gender dysphoria since the Carter policy took effect and prior to the start of the Mattis policy, allowing them to serve as their preferred gender and to receive medically necessary treatment for gender dysphoria.

For perspective, the study found around 1 percent of the military—8,980 service members—identify as transgender, and 937 have been diagnosed with gender dysphoria since June 30, 2016.

Critics have lambasted the Mattis policy as discriminatory and said it hearkens back to the military’s previous “Don’t Ask, Don’t Tell” policy for homosexual troops. They argue the ruling will unjustly force transgender military members to hide in the shadows and constantly fear discharge.

But the policy is consistent with the Department of Defense approach to a host of other medical and psychological conditions, according to Thomas Spoehr, director of the Center for National Defense at The Heritage Foundation and a former lieutenant general in the U.S. Army, where he served for 36 years.

He told me it is integral to military readiness that every person in uniform is prepared to deploy to difficult conditions. The military has policies on everything from diabetes and high blood pressure to severe depression and obesity. This policy is no different.

“Everyone in the military has to be able to shoulder their weight,” Spoehr said. “There are no desk jobs or couch jobs.”

The new policy is on hold because of temporary court injunctions issued last year that require the military maintain open policies on recruiting and retention.

The Justice Department said in a statement late last Friday it would defend the Pentagon’s authority to “implement personnel policies they have determined are necessary to best defend our nation.”

Critics maintain they will fight the new policy in court, but Spoehr believes it is battle-ready.

“The policy is crafted so that you can hold it up to the light and see it can withstand legal challenge,” he said. 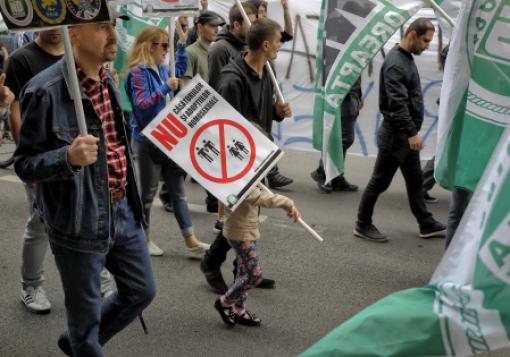 A march in support of marriage between one man and one woman in May 2017 in Bucharest, Romania Associated Press/Photo by Vadim Ghirda

Earlier this month, 40 members of the European Parliament sent a letter to Romanian President Klaus Iohannis urging him to hold a proposed referendum on the definition of marriage.

Two and a half years ago, 3 million Romanians, more than 15 percent of the country’s population, signed a citizens’ initiative asking the government to amend its constitution to define marriage as the union of one man and one woman instead of the union of two spouses. After numerous legal and technical challenges, Deputy Prime Minister Paul Stanescu said this week the referendum could be organized as soon as May.

But the two stand in opposition to each other, said Adina Portaru, a native Romanian and legal counsel for the Brussels office of ADF International, the global partner of Alliance Defending Freedom. “The notion of spouses will be blurred if civil partnerships are adopted before the referendum is held,” Portaru told me. She said the vote needs to happen soon.

“The problem is that we have been talking for two years,” Portaru said. “There have been so many dates put forward [and then recalled.] People don’t know what to think.” She, like the 40 European Parliament members, believes the government needs to give a democratic voice to its citizens who believe marriage should remain the union of a man and woman. —K.C. 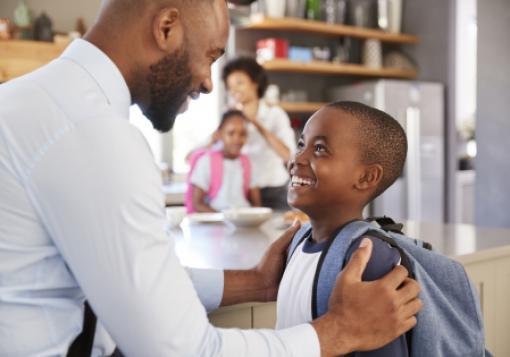 A march in support of marriage between one man and one woman in May 2017 in Bucharest, Romania Associated Press/Photo by Vadim Ghirda

No, family does matter

A massive and much-cited new study on race and economic mobility out this month has led to conclusions that family structure does not affect the mobility gap between white and African-American boys.

Not so, said Bradford Wilcox, a senior fellow at the Institute for Family Values and a professor at the University of Virginia. Wilcox published an article last week rebutting that conclusion, using overlooked parts of the study to argue family structure does matter to the economic prospects of African-American boys.

He pointed to one thing the study missed and two things it minimized: First, the study clearly showed African-American boys prosper in neighborhoods with more fathers—a clear link between family and mobility. Second, Wilcox said that controlling for household income—as the study did—minimized the way racial differences in family structure affected outcome for boys. Third, he said that looking at individual income as the boys become adults, instead of household income—as the study did—failed to show how much marriage matters for economic household mobility.

Wilcox concluded the study “actually offers further evidence that family structure seems to play an important role in the racial gap in economic mobility in America—including the gap between white and black boys as they move into adulthood.” —K.C.

Utah Gov. Gary Herbert earlier this month signed the nation’s first “free-range parenting” law. The measure protects parents from neglect charges for allowing their children to do unsupervised things like walking to school, playing outside, or staying home alone. The measure passed unanimously out of both houses of the state legislature. —K.C.