Colorful and crammed with catchy pop tunes, Trolls World Tour sends a message about getting along with others—ironic, given the film industry infighting it has sparked. The problem stems from the movie’s financial success, which is challenging old ideas about how Hollywood operates.

Universal Pictures planned to release the sequel to 2016’s modestly successful Trolls on April 10. But the shutdown of movie theaters because of the coronavirus pandemic forced the studio to change its plans. Many movie studios postponed releasing their most promising features to salvage potential profits, but Universal’s marketing campaign for Trolls World Tour was at its peak, and toy tie-ins had already hit store shelves. The studio decided to release the movie, along with some of its smaller offerings, as a digital rental for $19.99 on streaming platforms such as Amazon Prime Video and AppleTV.

The experiment paid off: Universal announced that in the first three weeks of release, the movie made almost $100 million as a premium video on demand (PVOD), netting more money than the film’s predecessor made in five months. Last week, Jeff Shell, the CEO of NBCUniversal, which oversees Universal Pictures as a part of Comcast, told The Wall Street Journal, “The results for Trolls World Tour have exceeded our expectations and demonstrated the viability of PVOD. As soon as theaters reopen, we expect to release movies on both formats.”

Movie theaters typically refuse to run a film unless they have exclusive screening rights for 75 days before the movie becomes available for home viewing. The arrangement ensures profitability for theater owners, but it’s also been good for movie studios. Past audiences perceived movies that skipped a theatrical release as having inferior quality. But as premium streaming services like Netflix and Amazon spend millions of dollars on original content and A-list stars, that perception is starting to change.

Studio executives like Shell have looked for ways to shake up the traditional distribution model. Box office profits have risen in recent years, but higher ticket prices for premium formats like Imax and 3D have driven those results. The actual number of tickets sold has declined. Moreover, studios typically receive 50 percent of ticket sales from theaters but 80 percent of the rental fee from streaming partners.

Other theater chains, including Regal Cinemas, followed AMC’s lead and condemned Universal’s direction. “While Universal may be pleased with the PVOD results of Trolls World Tour, this outcome should not be interpreted as a sign of a ‘new normal’ for Hollywood,” the National Association of Theatre Owners announced in a press release.

Trolls World Tour may have benefited from a lack of competition, since most studios postponed new offerings, and from families easing their price sensitivity due to shelter-in-place rules. Does one black swan event mean $20 rental fees will succeed in the future?

The two sides have some time to work out their differences since AMC’s theaters aren’t expected to open until July, but it might take more than a feel-good pop song and a message of getting along with others to resolve this feud, which has exposed the long-term tension between theaters and studios. 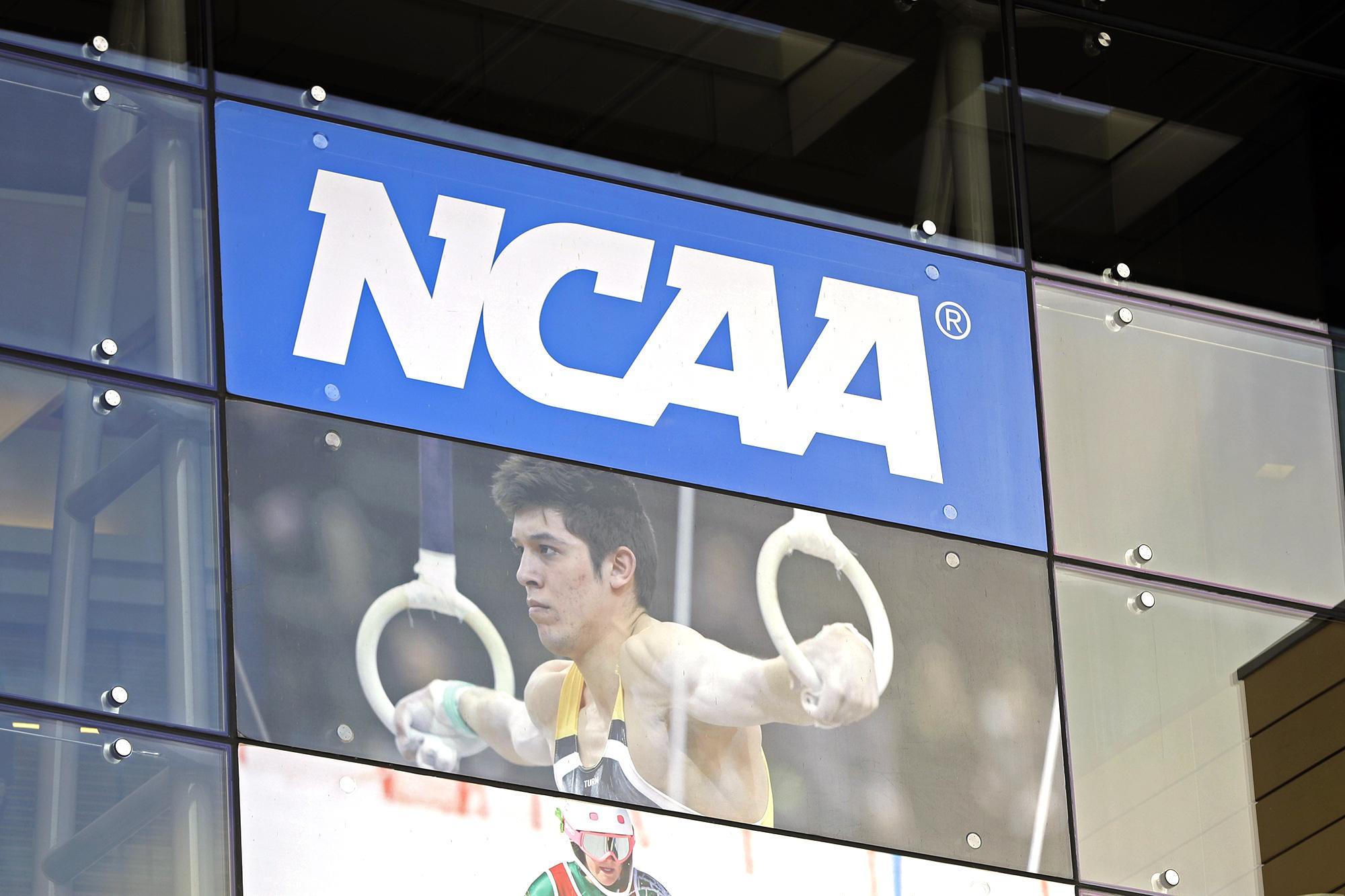 After decades of resisting endorsement rights for college athletes, the NCAA Board of Governors last week proposed a path to permitting student-athletes to profit from the use of their names, images, and likenesses. The changes would take effect in the 2021-22 academic year.

Critics have long argued that prohibiting endorsement deals and other earning opportunities takes advantage of college athletes: They receive scholarships but no other compensation while universities, conferences, and the NCAA itself make millions off their prowess.

Pressure on the NCAA to reverse course intensified in 2019 when the California State Legislature passed a law demanding that colleges and universities in the state allow student-athlete endorsement deals. Other states have considered similar changes, adding impetus for the college sports governing organization to take action before disparate rules emerged among various states.

Some lawmakers remain skeptical, including U.S. Rep. Mark Walker, R-N.C., who has advocated for relaxing the NCAA’s amateurism definition. “Today is either the day that a wall of injustice around student-athletes started to crumble or the day the NCAA used more tactics to bait and switch young men and women from some of America’s most vulnerable communities,” he said on Thursday.

The rule change lists many details, but some need clarification. The NCAA says any deal must represent “fair market value,” but does that protect athletes from exploitation or block lucrative opportunities? How do companies compensate the athlete and the school for the value they add to the deal?

The NCAA also wants “safe harbor” antitrust exemption from Congress so it can impose uniformity on the deals and limit its exposure to lawsuits. The Antitrust Division of the U.S. Department of Justice is already examining the NCAA proposal and the implications for its three divisions of competing schools. —Sharon Dierberger 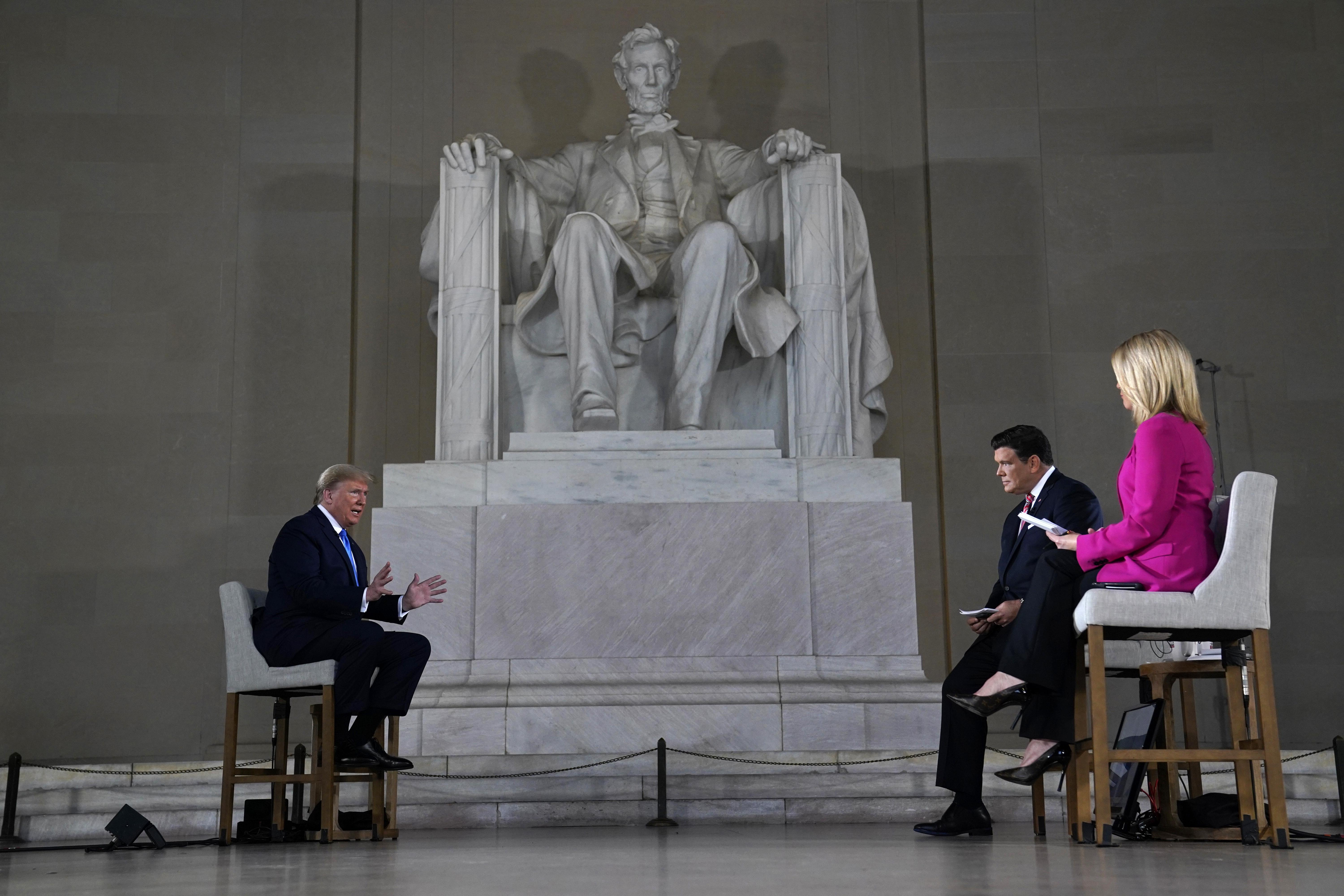 Fox News boasted the other three top-ranked shows for total viewership and with viewers between the ages of 25 and 54, the most coveted demographic for advertisers: Tucker Carlson Tonight, Hannity, and The Story. Baier’s news hour ranked so high it even garnered more viewers than network shows like ABC’s Shark Tank or Good Morning America.

The three major broadcast networks, ABC, NBC, and CBS, which have seen their ratings battered by cable news in recent years, are experiencing a resurgence for the same reasons as cable’s rise: More people are at home and are clamoring for pandemic updates. —S.D.