Too soon to go home

Thousands of Rohingya Muslim refugees in Bangladesh refused to go back to Myanmar last week due to fears of further persecution. Myanmar, also known as Burma, granted more than 3,000 refugees permission to return home, beginning with a few hundred specific families. Some refugees left the refugee camp just across the border and hid in fear of being forcibly returned, while others told reporters and human rights groups they needed assurances of safety and citizenship. It was the second failed attempt at repatriation.

“I’ll go to Myanmar only if I have citizenship,” 26-year-old Abdul Hossain told the Associated Press. “Otherwise they will shoot and burn us.”

The Rohingya fled what the UN called “ethnic cleansing” in 2017.

A 1982 law passed in the mostly Buddhist country revoked citizenship from Rohingya Muslims and continues to leave them stateless. According to Human Rights Watch, the Myanmar government also restricts their movements and denies them access to basic healthcare.

Refugees fear more of the same if they return.

Last week, the UN refugee agency interviewed Rohingya refugees and found many who wanted to go home eventually, but no one was willing to go now. On Sunday, at least 50,000 Rohingya refugees peacefully turned out on the streets of Cox’s Bazar in Bangladesh to pray and call for the Myanmar government to grant them citizenship and other rights.

Supporters agree the Rohingya shouldn’t be forced to go back.

Bangladeshi Foreign Minister AK Abdul Momen called it regrettable the refugees were unwilling to go back but reiterated his country will not force them to return.

Human rights groups opposed the attempted repatriation. “Repatriations now would be dangerous and reckless,” said Matthew Smith, CEO of Fortify Rights. He said the Myanmar government needed to provide accountability for the mass atrocities against the Rohingya, give refugees citizenship, and stop violating their human rights. Myanmar plans to house returnees in “transit centers” and make them apply for national verification cards as Bengali or foreigners rather than identifying as Rohingya, Smith said. The cards would not provide rights or citizenship. 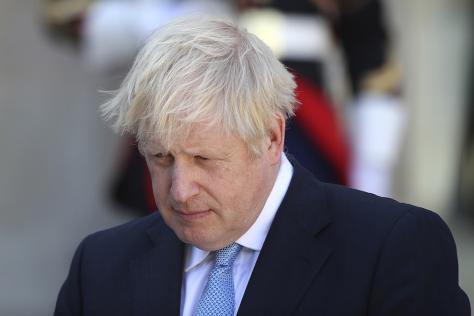 A British document leaked this month revealed predictions of food, medicine, and fuel shortages if the United Kingdom leaves the European Union without a deal.

The Cabinet Office compiled its findings under the code name “Operation Yellowhammer,” according to official documents obtained by The Sunday Times. The report said a no-deal Brexit would likely lead to a hard border between the U.K.’s Northern Ireland and the Republic of Ireland. Most ports would be unable to adapt quickly to the additional customs regulations, which the report said could prompt a “three-month meltdown.” The report noted the lack of a deal would also lead to higher prices for fresh food and delays in delivering medical supplies since three-quarters of the nation’s medicine enters through the main English Channel crossings.

The U.K. has an Oct. 31 deadline to either finalize the exit process or leave the EU without a deal. Prime Minister Boris Johnson has threatened to pull out of the bloc with or without a separation agreement.

Michael Gove, the minister in charge of preparing for a no-deal Brexit, said the leaked document was dated and does not represent current preparations.

During the G-7 economic summit over the weekend in France, Johnson insisted his country has braced itself for a no-deal Brexit and will have a sufficient supply of food and medicine. “I think we can get through this,” he said. “This is a great, great country, the U.K., we can easily cope with a no-deal scenario.” —Onize Ohikere 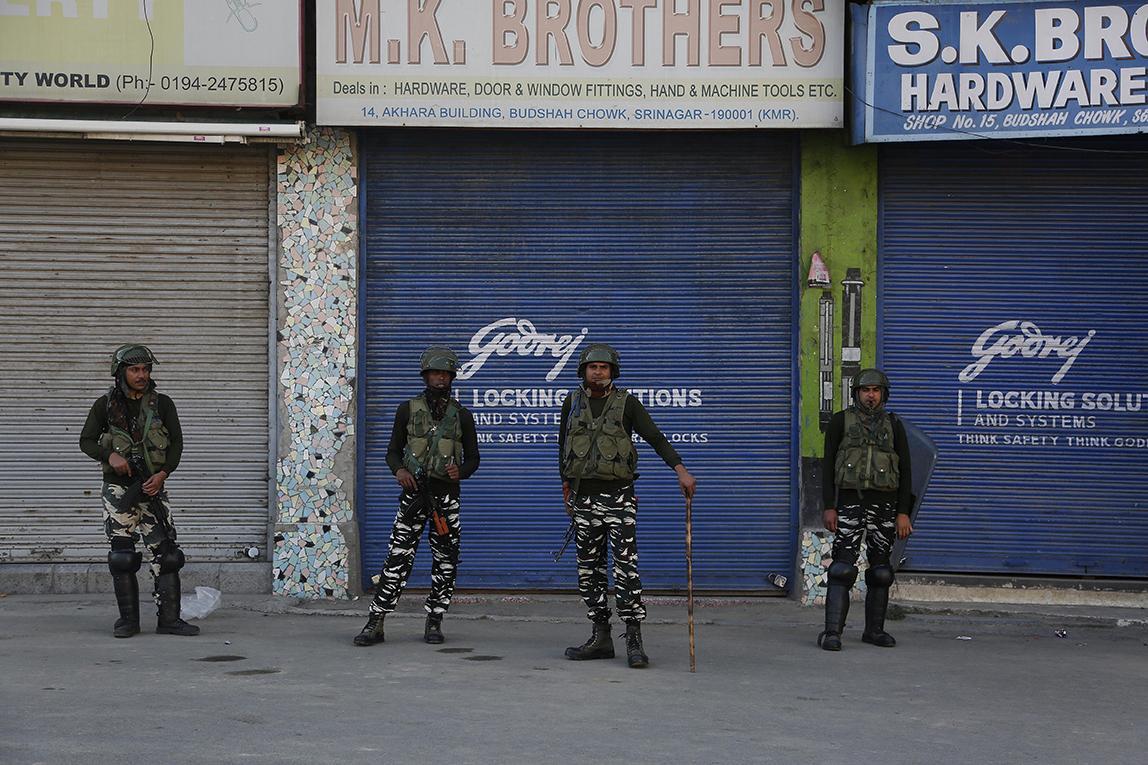 Indian authorities have detained at least 2,300 people in Kashmir since a crackdown began this month. Some of the arrests happened before India revoked the state’s autonomous status and split it into two union territories on Aug. 5. Authorities have increased security and blocked communication access in the region since then.

Kashmiris have organized about 300 protests against the move. Residents said police and soldiers continue to carry out home raids to suppress dissent. At least 152 people suffered injuries from tear gas and pellets since the conflict began. 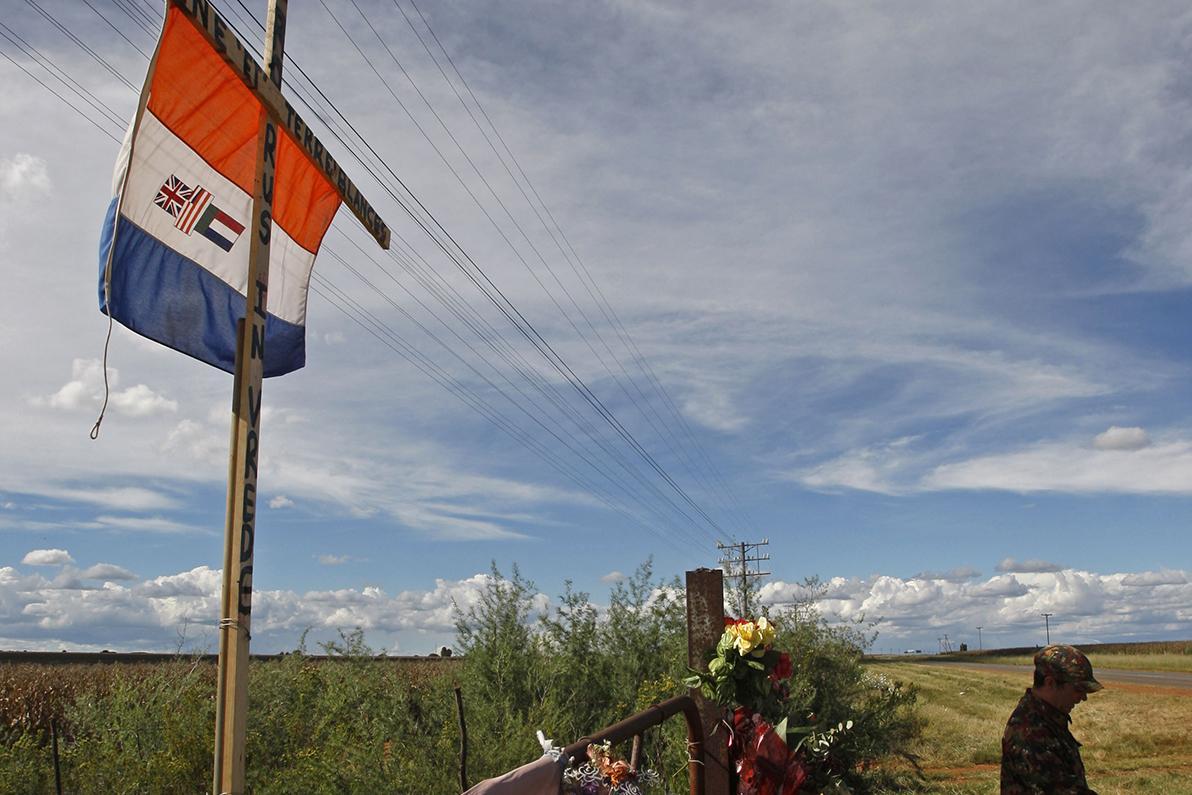 A South African court last week restricted the use of the country’s apartheid-era flag, saying it amounts to hate speech and racial discrimination.

The Nelson Mandela Foundation filed a lawsuit, and Judge Phineas Mojapelo of the South African Equality Court ruled those who display the flag “choose oppression over liberation.” He said the partial ban does not affect the use of the flag for artistic, journalistic, and other reasons linked to public interest. Offenders could face fines and community service work.

The country used the orange, blue, and white flag under white-minority rule from 1928 until 1994. The government replaced it with a six-color flag when the nation adopted a democratic system.

The Mandela Foundation lauded the ruling as an opportunity to heal from past wounds: “Without recognizing what has happened, we will forever be haunted by our history.” —O.O.

Venezuelans at risk in Colombia

An average of one Venezuelan died each day from violence in Colombia in the first seven months of this year, Colombia’s forensic institution reported. Violent acts, in most cases involving firearms or knives, led to the deaths of 233 Venezuelans from January through July, according to the report.

More than 1.4 million Venezuelans have migrated to Colombia in recent years as their home country battles an economic and political crisis. Within the same time frame, 18 Venezuelans committed suicide. The exodus has also led to at least 300 Venezuelan migrants working for Colombian criminal gangs. —O.O.