Before seeing the movie Gosnell: The Trial of America’s Biggest Serial Killer, 20-year-old Kathy Zhu saw abortion as a women’s rights issue. But after seeing the film, which tells the story of how Philadelphia authorities brought abortionist and convicted murderer Kermit Gosnell to justice, Zhu found herself thinking about pictures of unborn babies at different stages of pregnancy, and started to understand what the pro-life movement was really about.

“It’s a human. It’s not just a bunch of cells together,” she told me, adding that the movie “made the fetuses—or children,” she corrected herself, “have a voice, even though they don’t.”

Zhu went to the movie with a group of friends at a political event she attended last weekend in Washington, D.C. On Monday, she announced to her 50,000 or so followers on Twitter, “Yesterday, I was pro-choice. I believed that women should have a say & the gov shouldn’t be interfering w/ our lives. Today, I’m pro-life. After watching #Gosnell & doing in-depth research, I finally understand the horrors of loopholes in late term abortion.”

Gosnell came out in theaters two weeks ago and has made about $2.7 million in gross ticket sales, according to Box Office Mojo. It was the No. 10 movie in the country by box office returns the first week it was out. The film’s theatrical success has been remarkable considering the uphill battle that husband-and-wife producers Ann McElhinney and Phelim MacAleer fought to bring it to the big screen—not to mention an ongoing struggle to keep theaters from dropping it.

But Zhu’s story points to an even more significant achievement—saving the lives of babies.

Zhu believes in God but doesn’t consider herself religious. She’s an avid supporter of President Donald Trump and active in the College Republicans at the University of Central Florida, where she’s majoring in political science. She said after seeing the movie, she called her boyfriend and they talked about abortion.

“He asked me the question. He was like, [what if] if you get pregnant one day and you’re at this age, what would you do?” she said. “Before the movie, I would have been like, yeah, I would just get an abortion because I can’t afford to have a child right now. Because that would ruin my life, right? But after watching the movie … I can’t. I mean, I’ve already done what I did. It’s selfish for me to ruin an unborn child’s life only because I made a mistake.” 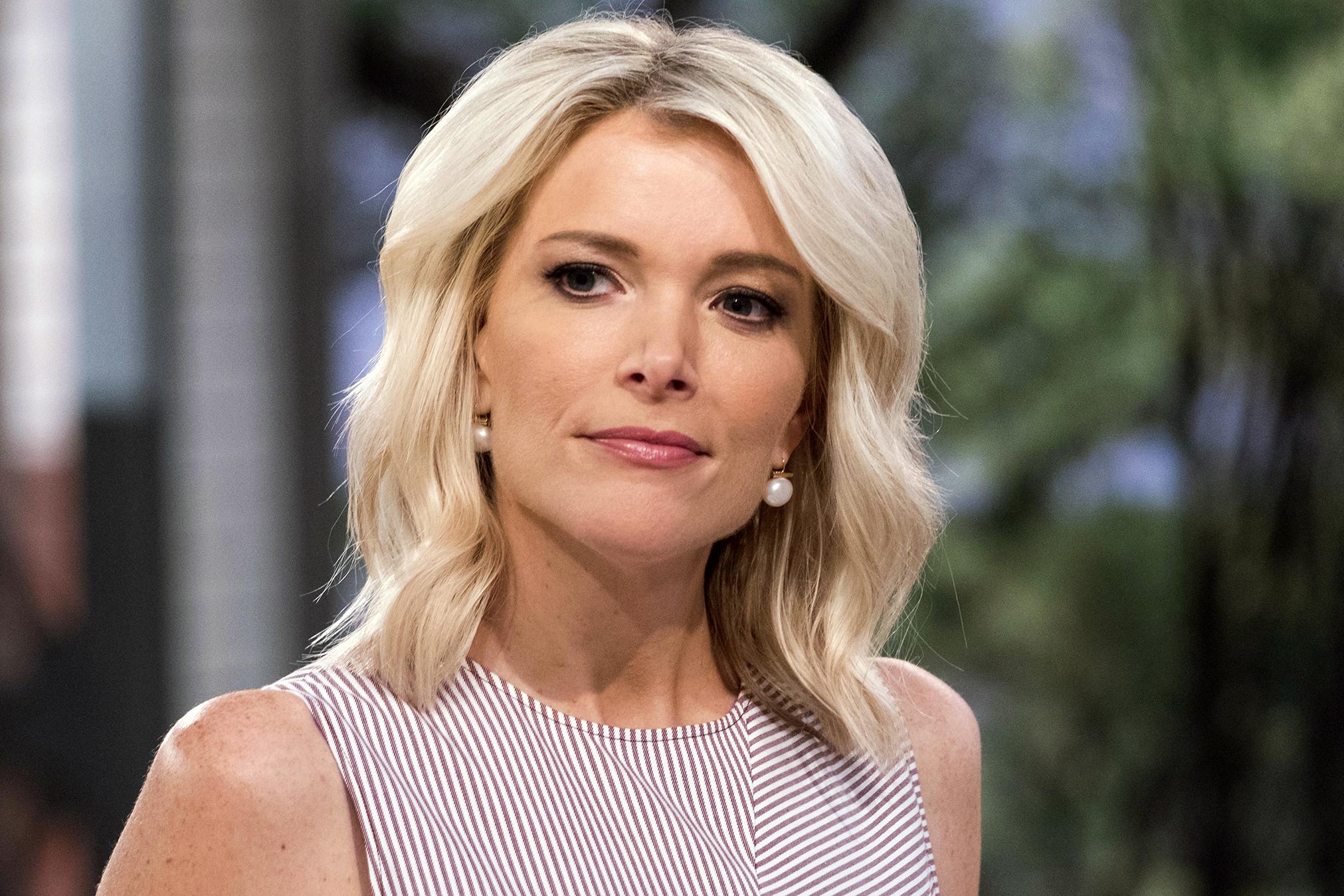 NBC said Friday it was canceling Megyn Kelly’s morning show after the anchor made a comment this week that seemed to trivialize how wearing blackface demeans African-Americans. On Tuesday’s program, Kelly was discussing wearing blackface with Halloween costumes and said, “Back when I was a kid, that was OK as long as you were dressing up as, like, a character.” She emailed an apology to colleagues that day and apologized on air the next morning.

NBC took the unusual step Thursday of airing a rerun of her program, and media reports speculated she could get fired as soon as Friday. A number of news outlets reported Friday morning that Kelly and the network were negotiating her exit. The anchor was considered a catch when NBC nabbed her from Fox News in January 2017. But her prime-time investigations floundered—an interview she did with Infowars’ Alex Jones was not well-received—and her morning show ratings have struggled compared to the fourth hour of Today that previously occupied its time slot. —L.L. 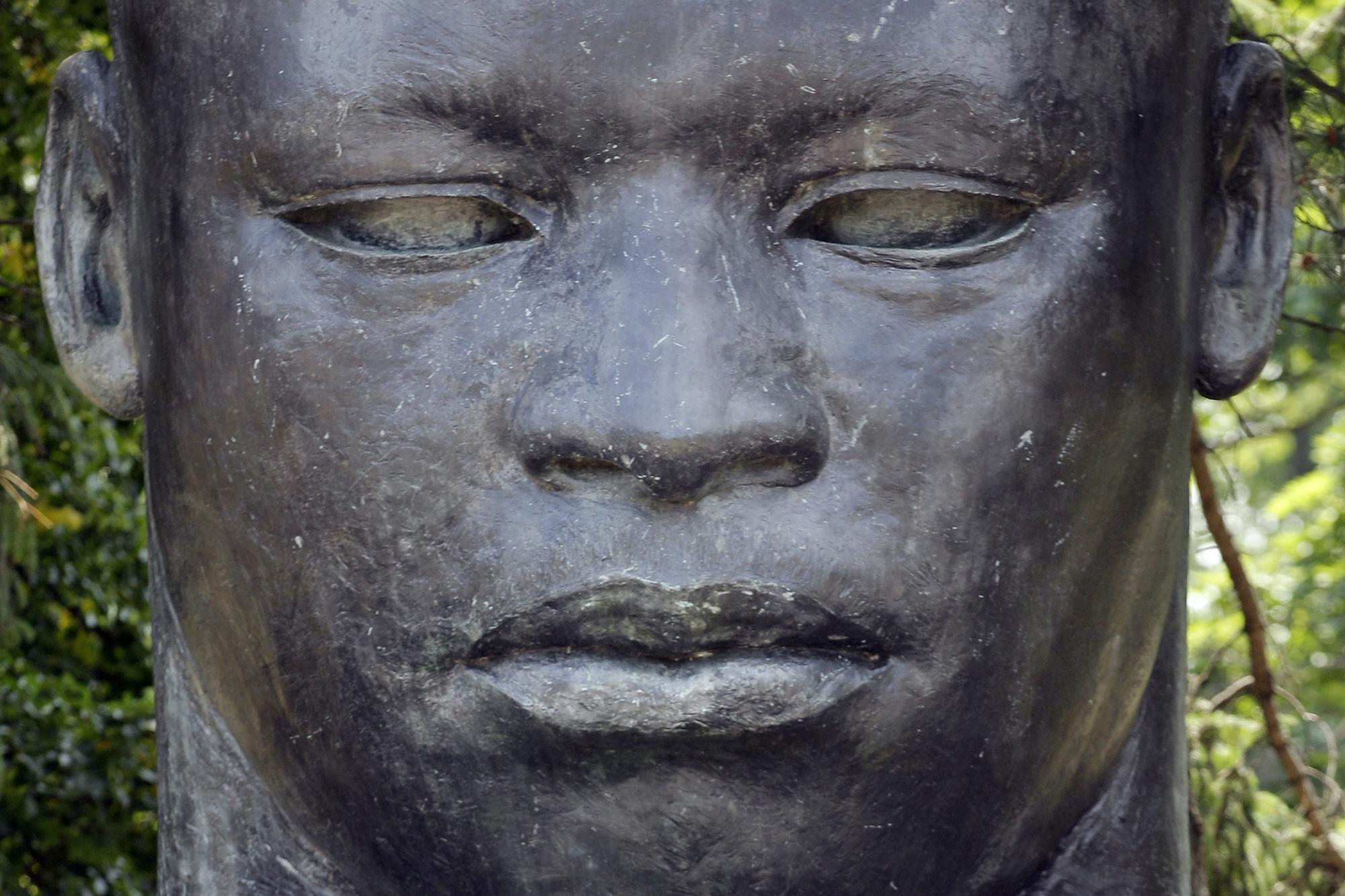 One local activist has had enough of the 8-foot zombie-esque, robot-like head hovering over a park in Buffalo, N.Y. He says Martin Luther King Jr. deserves better.

Samuel Herbert of Buffalo has collected more than 6,000 signatures in an effort to replace the sculpture of King unveiled in 1983. The work by artist John Woodrow Wilson was supposed to be a symbolic representation of King, an “Everyman” with whom the public could identify, The Buffalo News reported. “Enough of symbolism. We want realism,” Herbert said. He hopes to get 10,000 signatures and raise enough money to erect a new statue by 2020. —L.L.

After tracking the #MeToo movement for a year, The New York Times reported this week on 200 high-profile men who lost their jobs or major roles over sexual misconduct accusations. In the year before that, the Times found just 30 men who were fired amid public sexual assault scandals. This past year, of the 124 replacements hired for accused abusers, 54 were women. “We’ve never seen something like this before,” Joan Williams, a law professor who studies gender at the University of California, Hastings, told the Times. “Women have always been seen as risky, because they might do something like have a baby. But men are now being seen as more risky hires.” —L.L.

Getting a new religion

Singer Sinead O’Connor announced last week on Twitter that she had converted to Islam and adopted the first name to Shuhada’. (She changed her legal last name to Davitt in 2017.) Since then, she has posted several selfies showing her wearing a traditional Muslim head covering, or hijab, and a video of her singing the Islamic call to prayer. The conversion is the latest for the singer, who in the past three decades has dabbled in independent Catholicism and Christianity while intensely criticizing Roman Catholics (including tearing up a picture of Pope John Paul II on Saturday Night Live in 1992) for sexual abuse in the church. —L.L.

Fans of Ernest Hemingway rejoice: The author’s literary estate plans to publish two of his rarely seen stories next year. A special 2019 reissue of the 1940 classic For Whom the Bell Tolls, the tale of an American soldier in the Spanish civil war, will also include the short stories “The Monument” and “Indian Country and the White Army.” Both were written in the mid-1950s. —L.L.

‘Today, I’m pro-life’ = I am really glad Ms. Zhu has seen the film, then did her own research.  I am also glad the producers Ann McElhinney and Phelim MacAleer had the guts and faith to produce and distribute this film that tells the truth. This is helping to exposing the lies and deception of the Planned Parenthood. Now more people are listening. Everybody should also view Ray Comforts, 180 movie. It is on line and only last for 33 minutes.