Opponents decry the policy, but the Department of Education says it is fairer than before

The U.S. Department of Education released its official rewrite of Title IX regulations just before Thanksgiving, serving up plenty for victims’ rights advocates to chew on. The holiday leftovers might be long gone, but DeVos-induced heartburn rages on.

The proposal revamps the federal government’s guidance for schools dealing with sexual assault cases, in part by reversing Obama-era policies that were blasted for trampling due process rights. The proposed rules require schools to follow a process more akin to a court proceeding, including burden-of-proof standards, evidence sharing, and cross-examination. They also require a live hearing, one of the most contentious provisions.

Education Secretary Betsy DeVos has consistently maintained the previous policies—adopted without a formal rule-making process involving public input—made it too easy for false accusations to ruin a student’s life.

“Our proposed framework supports survivors while safeguarding due process, helping make Title IX protections against sex discrimination a reality for all students,” DeVos wrote in an op-ed for The Washington Post. “Indeed, it is difficult to understand how people can object to procedures premised on the foundational concept of due process, or how anybody could have confidence in a system that lacks such protections.”

But critics most certainly do object. And they’re doing everything they can to derail the proposed changes.

A coalition of influential activist groups, including the Human Rights Campaign and the NAACP, has asked the administration to double the normal 60-day public comment period. That would push it past the end-of-semester and holiday season distractions, they reason. But it would also postpone the final adoption until Democrats take control of the U.S. House of Representatives.

“This draft proposal enables schools to shirk responsibility, completely ignores harassment, denies survivors due process, and discourages survivors to come forward,” Pelosi wrote in a statement. “Yet again, the Trump administration and Republicans continue to perpetuate the most anti-woman, anti-student, and anti-equality agenda in recent memory.”

DeVos is sure to face a grilling on Capitol Hill, but lawmakers are limited in what they can do to stop the rule-making process. Once a rule is final, Congress can pass a resolution of disapproval to stop it from taking effect. But both the House and Senate must agree and have enough votes to override a presidential veto. There is little chance of that happening, this year or next.

While opposition to the proposed policy has generated the most headlines, it has plenty of support among civil liberties groups. Samantha Harris with the Foundation for Individual Rights in Education called the changes “a marked improvement over the previous guidance.”

“By taking the rights of both complainants and accused students seriously, these proposed regulations make important strides toward ensuring that complaints of sexual misconduct will be neither ignored nor prejudged,” she wrote.

One provision in the proposed regulations hasn’t gotten much attention but gives Christian colleges and universities something to celebrate. As we previously reported, based on a leaked draft of the changes, the new rules will end the practice of requiring faith-based schools to notify the Education Department that they’re taking a Title IX exemption. That will end the short-lived “list of shame” that tarred and feathered Christian institutions for their Biblical beliefs about gender and sexuality. 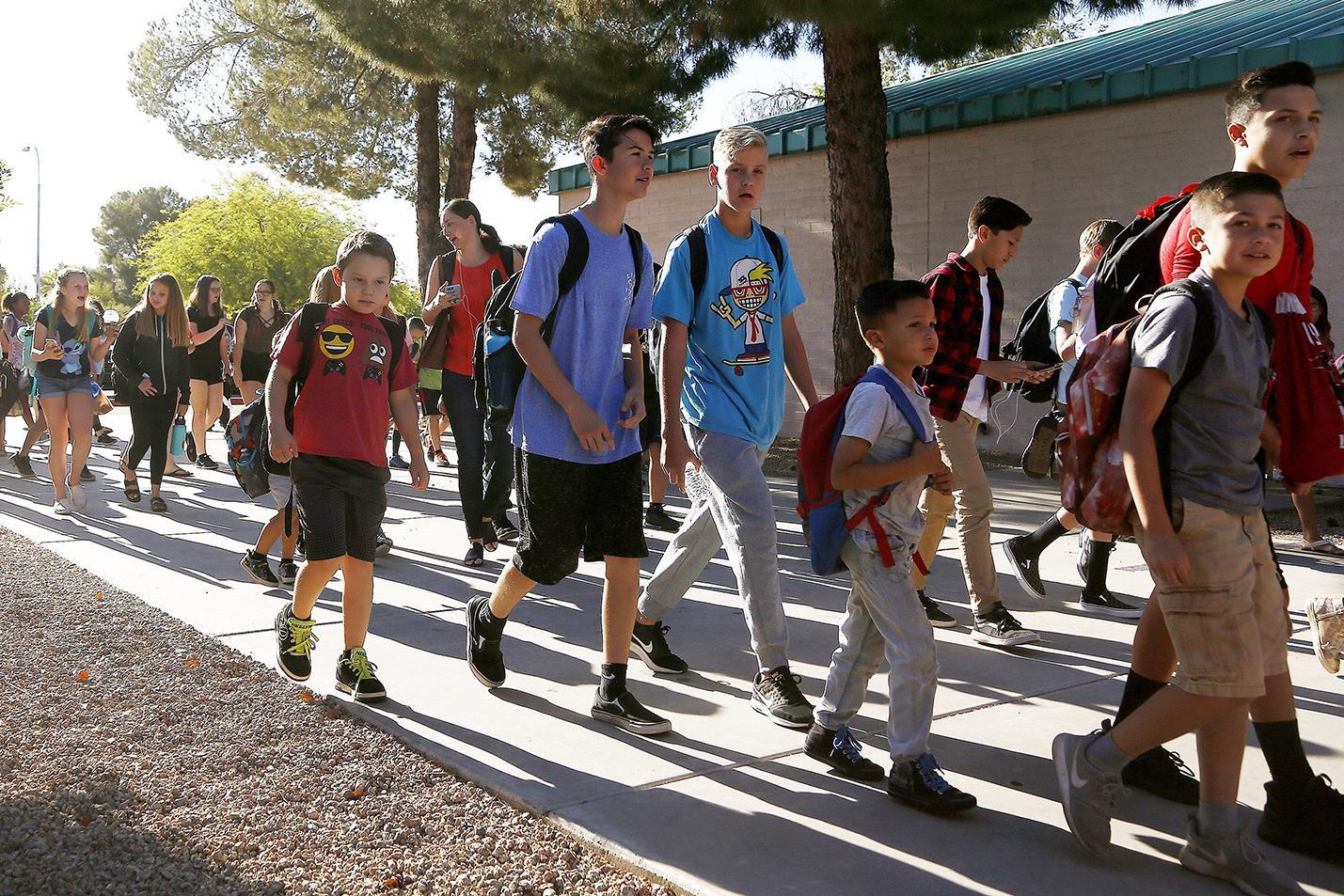 Arizona students returning to school after a teacher strike ended in May Associated Press/Photo by Ross D. Franklin

More than $700,000 of the money for Arizona’s school choice program went toward fraudulent purchases, according to a recent audit released by the Arizona auditor general. The report lists numerous ineligible purchases by parents and other troubling activity in the state’s pioneering Empowerment Scholarship Accounts program. Auditor General Lindsey Perry issued a clear indictment of the Arizona Department of Education, saying, “The department has not adequately monitored parents’ spending, reviewed expenses in a timely manner, or taken timely enforcement actions to address misspending.”

The Empowerment Scholarship Accounts (ESAs) provide parents with a state-supplied debit card to pay for a wide variety of approved educational items, including tuition, books, and therapy. In an attempt to prevent fraud, families are required turn in receipts and document the expenditures, and many merchants are blocked from the program entirely.

Despite those protections, the report details clear abuses, such as purchases of cosmetics, athletic apparel, and other noneducational items, including some from restricted retailers. The report criticizes the state’s Department of Education for not taking swifter action against individuals who attempted to make cash withdrawals or who were flagged for ongoing misuse of their accounts.

School choice advocates point out that while these issues clearly need to be addressed, the audit also shows that the vast majority of families are using the accounts properly. With more than $58 million paid out to more than 5,400 student accounts for fiscal year 2018, the disputed $700,000 amounts to 1.2 percent of the total.

Arizona’s program provides ESAs to parents of certain qualifying children with special needs, as well as some who live in low-performing school districts. Prior to the audit’s release, Arizona voters in November overwhelmingly rejected a proposed expansion of the program to all K-12 students by a nearly 2-1 margin. —Laura Edghill 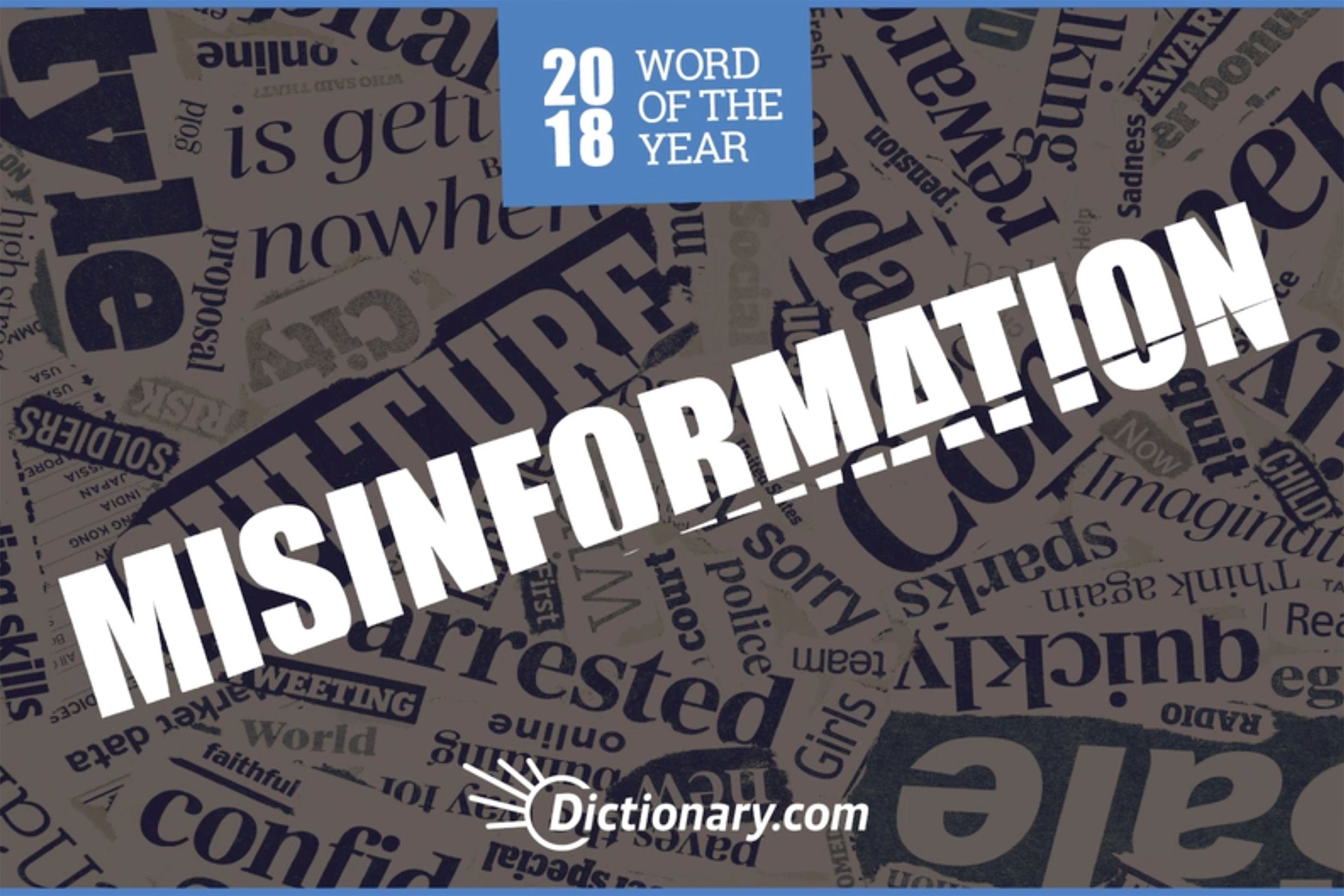 Arizona students returning to school after a teacher strike ended in May Associated Press/Photo by Ross D. Franklin

Words of the year

Dictionary.com and Oxford Dictionaries took a grim tone in their words of the year for 2018.

Not fake news or even post-truth, Dictionary.com chose “misinformation” this week as its word of the year.

“The rampant spread of misinformation is really providing new challenges for navigating life in 2018,” said Jane Solomon, linguist-in-residence for Dictionary.com. “Misinformation has been around for a long time, but over the last decade or so the rise of social media has really, really changed how information is shared.”

Solomon cited numerous examples of misinformation playing a role in tragic situations, such as false news setting the Buddhist majority against Muslims and causing riots in Sri Lanka and false rumors about child kidnappers on the messaging app WhatsApp leading to mob violence in India.

In a video posted on its Twitter page earlier this month, Oxford Dictionaries identified “toxic” as its word of the year. The announcement traced the origin of the word and its literal definition of “poison” but went on to describe how it became nearly universal in its metaphorical usage, describing jobs, politicians, policies, and social environments.

Both selections serve as sobering reminders of Christ’s instruction to the disciples that it is “not what goes into the mouth that defiles a person, but what comes out of the mouth” (Matthew 15:11). —L.E.

Teachers in a Northern California school district will soon have access to taxpayer-funded housing. Voters in the Jefferson Union High School District in San Mateo County approved a $33 million bond this year for a 116-unit apartment complex that will offer low-cost housing for school teachers and staff, according to The Mercury News in San Jose.

It’s no secret that the Bay Area has the highest cost of living in the nation. Jefferson Union teachers’ modest salaries can make finding affordable local housing a challenge, leaving many with long commutes or sky-high rents that require additional sources of income.

The school district appealed to voters in an attempt to shrink a costly annual staff turnover rate of 20 percent. Voters barely approved the measure in June with it receiving a little more than the 55-percent threshold it needed to pass. —L.E.