Time to ‘get over Darwin’

Yale University computer science professor David Gelernter publicly turned his back on Darwin’s theory of evolution in a recent op-ed for the Claremont Review of Books. “Darwin has failed,” he declared.

Gelernter did not speak much of his Jewish religious ideology and fell short of wholeheartedly endorsing intelligent design, but he unequivocally stated that scientists should “get over Darwin and move on.”

Gelernter has believed in Darwinism since early childhood. But books like Stephen Meyer’s Darwin’s Doubt and David Berlinski’s The Deniable Darwin made him realize the theory failed to explain the one thing Darwin set out to discover: the origin of species.

The Cambrian explosion and discoveries in molecular biology, a field that didn’t even exist in Darwin’s day, have dealt a death blow to Darwinian evolution, Gelernter wrote. The Cambrian explosion describes a period in the fossil record when a huge variety of animals suddenly appeared with no evidence of any predecessors. Darwin’s theory of evolution cannot explain those fossils. “Most species enter the evolutionary order fully formed and then depart unchanged,” Gelernter wrote. “The incremental development of new species is largely not there.”

Molecular biology presents an even greater conundrum for evolutionists, he noted. Any genetic mutation capable of creating a new life form would need to alter a gene that acts early in the organism’s development and controls the expression of other genes that come into play later on. But mutations on early, developmental genes kill an organism long before it can reproduce.

As an example, Gelernter cited the work of German geneticists and 1995 Nobel Prize winners Christiane Nüsslein-Volhard and Eric Wieschaus. The scientists attempted to induce macroevolution in fruit flies by introducing every genetic mutation they could think of. But every mutation they tried turned out to be a dead end, killing the fly long before it could mate.

Gelernter appeared on an episode of Uncommon Knowledge, the Hoover Institute’s current affairs program, in July with Meyer and Berlinski. The three discussed the inability of Darwinian evolution to explain the complexity of cells.

Evolutionists describe the origin of species as a bottom-up, undirected process in which life begins simply and then branches out into ever more complex forms.

“But, what we see in life—complex miniature machines, complex information processing systems, digital code—these are things that bear the hallmark of mind and they suggest a top-down rather than a bottom-up approach,” Meyer said. “I think we’re in a new day. … We are looking at life in light of our own high-tech digital computing technologies and realizing these systems bear all the hallmarks of design, so let’s start to look at life differently.” 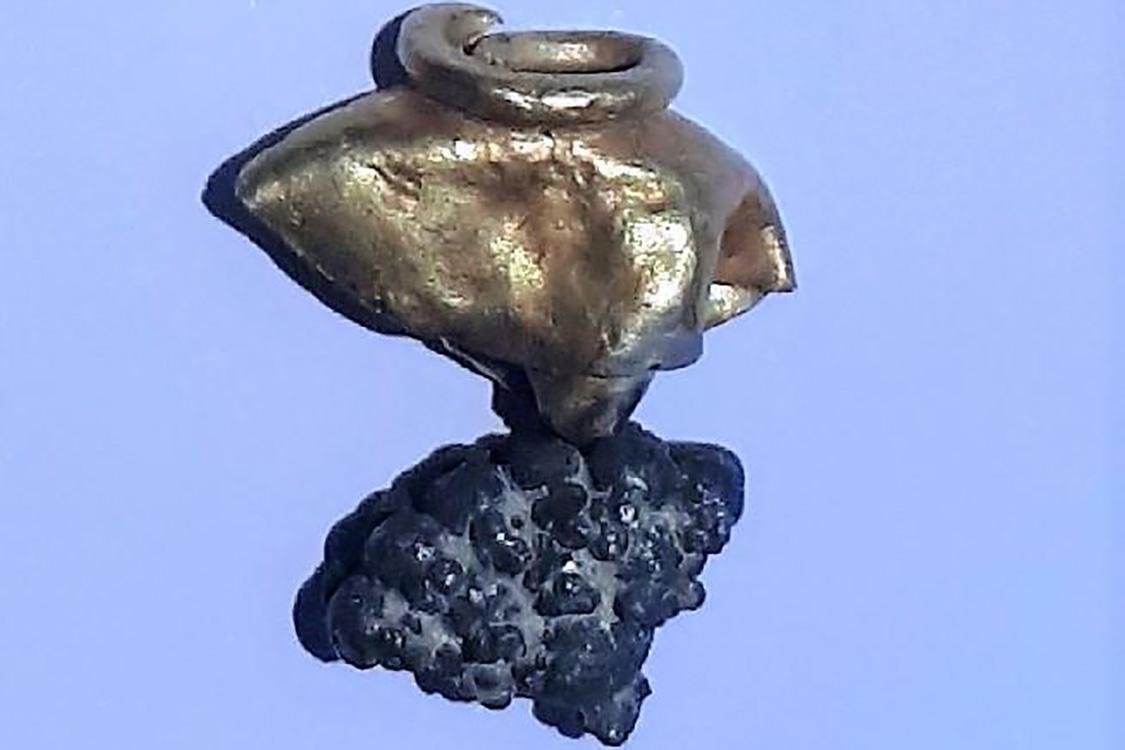 Archaeologists from the University of North Carolina at Charlotte recently unearthed clear evidence of the 587–586 B.C. Babylonian conquest of Jerusalem described in the Bible. The scientists working at the Mount Zion excavation site in Jerusalem found pottery and lamps typical of that time and an elegant gold and silver tassel or earring made in the shape of a cluster of grapes.

The objects suggest a wealthy Jewish family lived at the site. Side-by-side with those artifacts, the researchers also discovered ashes, burnt wood, and bronze and iron arrowheads typically used by Babylonian warriors of that period.

“The combination of an ashy layer full of artifacts, mixed with arrowheads, and a very special ornament indicates some kind of devastation and destruction,” Shimon Gibson, a UNC Charlotte professor of history, said. “Nobody abandons golden jewelry, and nobody has arrowheads in their domestic refuse.”

According to the Biblical description of the Babylonian conquest of Jerusalem, the warriors looted and then burned King Solomon’s temple to the ground. Many people died, and Babylon’s King Nebuchadnezzar exiled most of those who survived.

Every year, Jews gather in synagogues around the world and at the remains of the temple’s Western Wall in Jerusalem to pray and fast in remembrance of the destruction of the temple, first by the Babylonians and then on the same day in A.D. 70 at the hands of Roman soldiers. The holy day, known as Tisha B’Av, falls on the ninth day in the Hebrew month of Av, which coincided with Aug. 11 this year. —J.B. 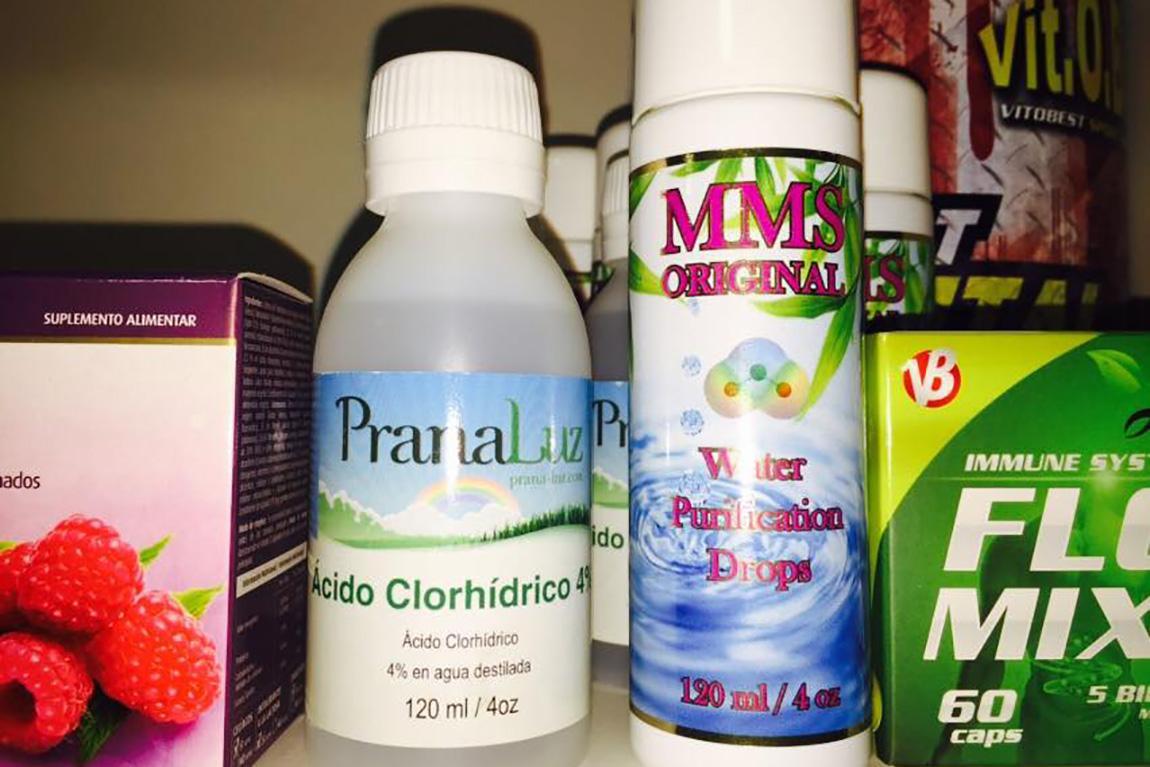 Most of us know better than to drink bleach. But with new products on the market, the Food and Drug Administration decided to reiterate the warning.

The FDA has received many reports that online distributors are marketing products containing sodium chlorite or chlorine dioxide as treatments for infections, autism, cancer, HIV/AIDS, hepatitis, flu, and other illnesses. But the chemicals are not intended for human consumption and make up the active ingredients in many industrial disinfectants and bleaching agents.

Consuming the solutions can cause nausea, vomiting, diarrhea, and severe dehydration. Often, the more concentrated the product, the more severe the reactions. The FDA has received reports of consumers experiencing low blood pressure and acute liver failure after drinking them.

The products go by various names such as Miracle or Master Mineral Solution, Miracle Mineral Supplement, MMS, Chlorine Dioxide (CD) Protocol, and Water Purification Solution (WPS). The directions on these products instruct people to mix the solution with a citric acid, such as lemon or lime juice, but the acid causes the mixture to become chlorine dioxide, a powerful bleach.

No research exists showing any effectiveness or safety of these products, the FDA noted. —J.B. 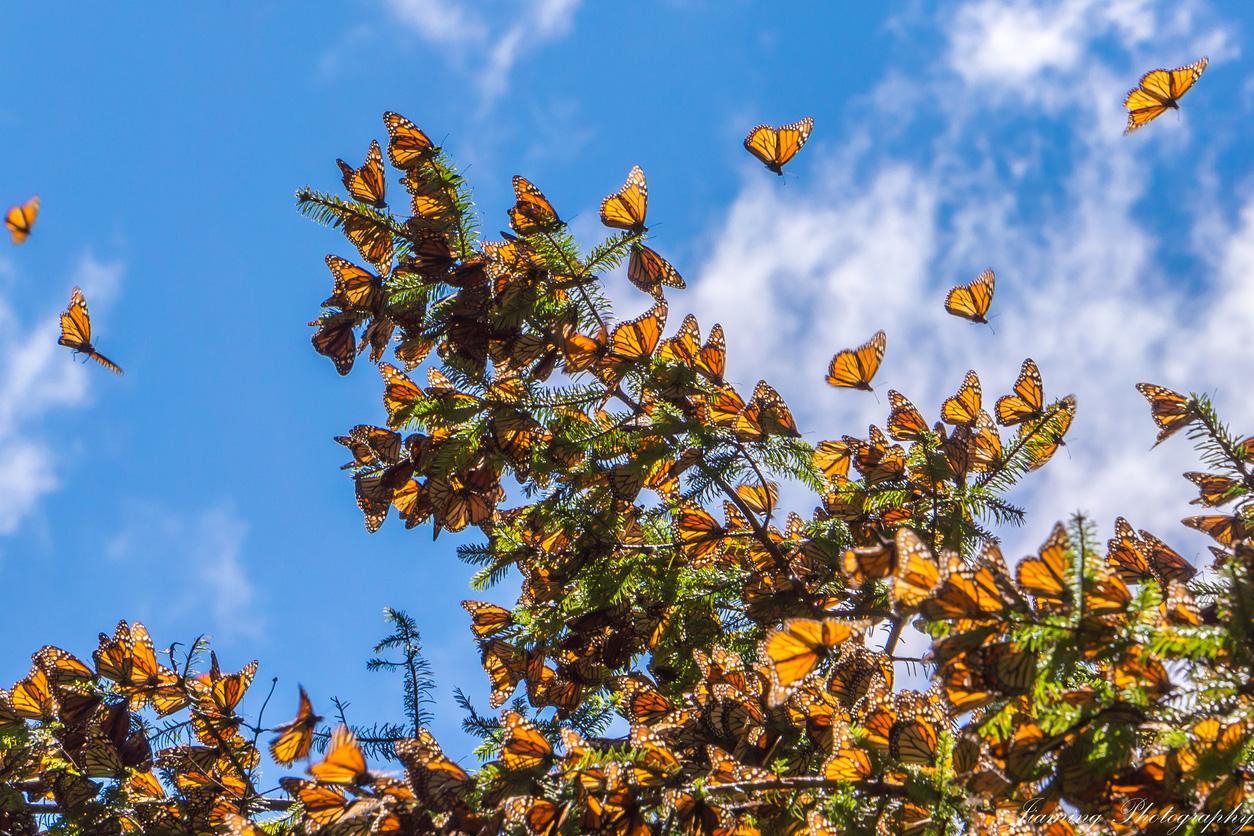 Soon the monarch butterflies of North America will begin their annual fall migration to the warmer climates of California or Mexico, where they will winter until their return next spring. Over the past two decades, the number of North American monarchs has dwindled by 90 percent. To boost their numbers, hobbyists raise large numbers of monarchs, and commercial breeders sell them for school children to release. But a study published July 16 in the Proceedings of the National Academy of Sciences, showed that captive breeding disrupts monarchs’ migratory instinct, keeping them from flying south to survive the cold winter.

In the study, conducted by scientists at the University of Chicago, monarchs purchased from a commercial breeder and those caught in the wild and raised in an indoor environment mimicking the outdoors failed to fly southward. Even monarchs that had completed an outdoor life cycle before the researchers brought them indoors lost their ability to migrate.

“Our results provide a window into the complexity—and remarkable fragility—of migration,” the researchers said. —J.B.

The real question is how improbable is it? If it approaches the universal probability bound, then it is just too improbable! Probabilities mean something!

“Just because something is improbable does not mean it will not happen so this cannot be a proof.”

I can see it now. “Your honor! The knife just happened to jump up from the ground and stab the victim to death!  Just because something is Improbable doesn’t mean it will not happen, so the jury has no right to convict me!”

And that is exactly my point. We want to hear our story so much that we are willing to accept anyone who agrees with us, irrespective if they have the background to say what they are saying.

I don't discount the message, but I am not willing to accept as a victory a convert who was never one of the first string players on the playing field. Now if he was a scientist from one of the primary areas of Evolutionay Science (geology, paleontology, biology, microbiology, genetics) then I too would declare that a victory. The "conversion" is overstated. Using Dr. David Gelernter as a reference in the Evolutionary discussion would be commiting a textbook example of a logical fallacy known as "Appeal to false authority."

Re: "Getting Over Darwin"

This year I've seen crazy numbers of monarchs, wondering what it was about the spring that caused this. I was in northern Iowa and southern Minnesota. I don't recall ever seeing this many at once and have even seen comments on FB asking where all the monarchs are coming from. ☺