Thinking through Nike and Kaepernick

Profits are driving Nike, but what should drive our response?

As the NFL season begins this weekend, Nike has thrown gasoline on the heated debate over athletes’ national anthem protests with an ad campaign starring Colin Kaepernick.

Two years have passed since the former San Francisco 49ers quarterback first knelt on the sidelines during the playing of “The Star-Spangled Banner” to protest racial injustice in the country, sparking a leaguewide movement. President Donald Trump and others said the protests disrespected the American flag and the U.S. military—similar to the way the Black Lives Matter movement is perceived as anti-police. Since then, lawsuits have been filed, policies have been set and taken back, and everyone from the punk kid down the street to your normally reticent grandmother has taken a side on social media.

And now Nike is getting involved, urging its customers to, like Kaepernick, “Believe in something. Even if it means sacrificing everything.” (Kaepernick became a free agent in 2017, but no teams will sign him.) Previews of the ads generated a social media maelstrom complete with videos of people destroying their Nike apparel in protest and memes using Nike’s ad copy but featuring the faces of religious liberty icons Jack Phillips and Barronelle Stutzman instead of Kaepernick’s.

Is Nike sacrificing everything to stand with Kaepernick? Not even close.

What Nike most believes in, like any other publicly traded company, is profit. And one of its key markets—urban young adults with disposable income—is also the demographic most likely to support Kaepernick and others who protest during the national anthem.

“For Nike, the company’s best customer prospects are active, high-earning young people, for who else can or will spend more than $100 for a pair of sneakers,” demographics expert Pamela Danziger wrote for Forbes. A CNN/SSRS poll taken one year ago showed that 62 percent of Americans ages 18 to 34 thought athletes who protest during the national anthem were doing the right thing, compared to just 33 percent of people 45 and older.

The social media reaction shows that the Nike ads strike an emotional chord with customers, only strengthened by the fact that Trump opposes Kaepernick. A recent YouGov poll shows that 58 percent of 18- to 29-year-olds disapprove of Trump’s job performance, including 42 percent who “strongly disapprove.” Nike has just leveraged some of the strongest emotions of its most valuable customers in its favor.

Nike stock initially dropped by about 4 percent Tuesday when the ads were unveiled. The company is taking a gamble that investors who dropped the stock for ideological reasons will pick it back up when the the ad campaign starts to pay off, as analysts almost universally agree it will. That raises the question, how can those who disagree with Nike and Kaepernick make their voices heard?

Calls for a Nike boycott inevitably rose this week. College of the Ozarks in Point Lookout, Mo., said it was getting rid of all of the sports uniforms it purchased from Nike. The private Christian college competes in the National Association of Intercollegiate Athletics. Last year, it required all coaches and student athletes to stand and “show respect for the American flag and national anthem” at games.

“If Nike is ashamed of America, we are ashamed of them,” college president Jerry Davis said. “We also believe that those who know what sacrifice is all about are more likely to be wearing a military uniform than an athletic uniform.”

On the whole. ideological boycotts have mixed results, and the reasons aren’t well understood. Conservative outrage prompted A&E to reinstate Phil Robertson, the star of Duck Dynasty, and Nike made changes to its supply chain after a boycott over its use of sweatshop labor overseas. But a Christian boycott of Disney in the 1990s had no measurable impact. By 2017, Focus on the Family, one of the boycott’s more visible supporters, was hosting a Disney cruise.

For Christians, boycotting can reap the spiritual reward of not being complicit in a business’ immoral behavior. Summit Ministries’ Karl Schaller promoted that idea in 2016 when some evangelicals boycotted Target for its policy of allowing transgender people to use the restrooms of their choice.

“America’s citizens, and especially those in the church, are responsible for, and justified in, responding to this liberal reimagining of America with every tool at their disposal, including economic pressure in the form of a boycott,” Schaller wrote.

Robert Rothwell of Ligonier Ministries took a different position: “We are to be in the world, and being in this world means participating in the economies of this world. So, we must respectfully disagree with our fellow Christians who insist that all believers are morally obligated to boycott any company that supports sinful behavior.” 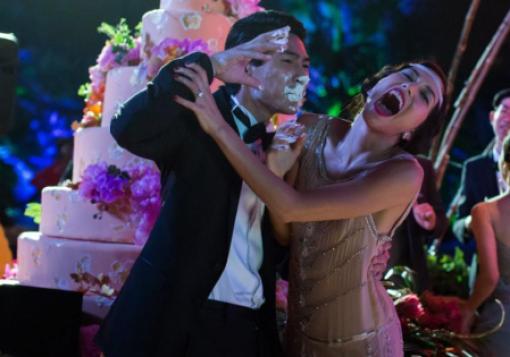 Crazy Rich Asians made more than $117 million in its first three weekends at the box office to the delight of theater owners across the country. This year, overall Labor Day weekend ticket sales improved by 64 percent compared to last year, and the summer as a whole is up 14 percent, the Los Angeles Times reported, citing industry analysis by Comscore. Crazy Rich Asians joined Incredibles 2, Jurassic World: Fallen Kingdom, and Mission: Impossible—Fallout to boost summer sales, a welcome change for Hollywood after a dismal summer 2017, when sales were the lowest they had been in 11 years.

Last summer’s slump led to gloomy predictions about the future of the silver screen, especially given the success of streaming services like Netflix, Hulu, and Amazon. But Hollywood took note and this summer released a more diverse slate of movies that included documentaries (Won’t You Be My Neighbor), indie films (Eighth Grade), and romantic comedies (Asians, Overboard), alongside the obligatory action movies. “This was a pretty special summer in terms of changing … what types of movies will play well with audiences in the summer,” Comscore’s Paul Dergarabedian told Quartz. “It’s not just popcorn movies. It’s other types of movies, too.” —L.L. 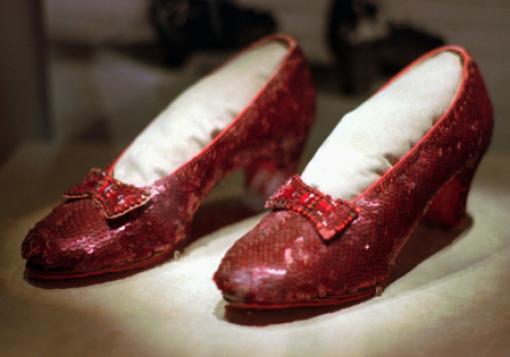 Dorothy’s ruby slippers have come back from over the rainbow. Police announced this week they had recovered a pair of the iconic shoes used in the 1939 production of The Wizard of Oz and stolen from a Minnesota museum in 2005. There are actually four sets of slippers from the movie set—the others are held by the Academy of Motion Picture Arts and Sciences, the Smithsonian, and a private collector. A thief took the stolen pair from the Judy Garland Museum in the late actress’ hometown of Grand Rapids, Minn. In 2017, someone approached the shoes’ insurer saying he could help recover them. The FBI got involved, and the shoes were recovered in a July sting operation after a nearly yearlong investigation.

“They are maybe the most iconic cinematic prop or costume in movie history, and in fact, in cultural history,” said Rhys Thomas, author of The Ruby Slippers of Oz. The shoes are worth an estimated $2 million to $7 million. Police have not yet arrested anyone in the theft but say they have multiple suspects. —L.L.

Roy Moore, the former Alabama Supreme Court chief justice who lost a special election to the U.S. Senate in 2017, is suing comedian and provocateur Sacha Baron Cohen for $95 million over a prank that appeared on his Showtime series, Who Is America? Cohen pretended to be an Israeli anti-terrorism expert and accused Moore, who was at the center of a scandal last year prior to the election, of being a pedophile. Moore is one of several Republican politicians Cohen has duped into participating in on-screen antics. —L.L.

The Academy of Motion Picture Arts and Sciences said this week it won’t add a new Oscars category for popular films, after all. The Academy proposed the idea last month in effort to increase moviegoers’ interest in its annual award ceremony. After critics called the idea ridiculous, the organization backed off, saying, “implementing any new award nine months into the year creates challenges for films that have already been released.” —L.L.