Thinking critically about a Christian founding

Some evangelicals go with David Barton’s contention that America’s 18th-century founders wanted an explicitly Christian nation. Others seize on Mark Noll’s skepticism. Mark David Hall’s Did America Have a Christian Founding? is in the middle: Hall views many founders as Christian and others not, but the Constitution and other early documents certainly emerged from a Biblical worldview. Here’s an excerpt that summarizes Hall’s perspective, courtesy of Thomas Nelson. It made the short list for 2019 Book of the Year in the history category. —Marvin Olasky

In this book I have presented a great deal of evidence that America had a Christian founding. If all it accomplishes is to provide a more complete account of Christianity’s role in the American founding, I will consider it a success. Progressive secularists may want to believe that most of America’s founders were deists who created a “godless” Constitution that strictly separated church and state, but these views fly in the face of evidence. This book may change a few minds, and it should enable readers already skeptical of these arguments to better combat them.

But I hope this book does more than set the historical record straight. As mentioned in the introduction, there is much wisdom in James Wilson’s observation that “of all governments, those are the best, which, by the natural effect of their constitutions, are frequently renewed or drawn back to their first principles.” Christian commitments led the founders to create a constitutional order that strictly limits the power of the national government, separates the powers it does have among different branches, and provides checks and balances to prevent any one institution or person from becoming tyrannical. They believed in a higher law, often called natural law, and thought that natural rights were based upon this law. Governments should not violate these rights, and, in fact, they have the affirmative responsibility to protect them. These are important principles for which we should fight today.

Many readers of this book are likely people of faith, who are busy doing important things such as worshipping their Creator, raising children, earning paychecks, and serving others. To them, politics may seem like a frustrating, tainted distraction. Yet we cannot ignore the public square; we must take time to follow the news, engage our fellow citizens, vote, and perhaps even run for office. Our goal in doing so should not be to return America to some lost golden age, but to preserve and protect the remarkable constitutional order bequeathed to us by America’s founders, and to encourage the passage of laws that promote the common good.

Our goal … should not be to return America to some lost golden age, but to preserve and protect the remarkable constitutional order bequeathed to us by America’s founders.

I trust this book has put to rest the myth that the founders desired to build a high and impregnable wall of separation between church and state. Believers and civic leaders alike are free to bring their faith into the public square. There are important prudential reasons for not favoring one denomination or religion over others, but from an originalist perspective, the establishment clause provides no bar to exempting religious minorities from general laws, including “so help me God” in the Pledge of Allegiance, or permitting a Lutheran preschool to participate in a state program that provides safe playground surfaces.

Like James Wilson, the great Baptist minister Isaac Backus believed that a “frequent recurrence to the first principles of government . . . [is] absolutely necessary to preserve the great blessings of government and liberty.” In addition, he emphasized the necessity of firmly adhering “to justice, moderation, temperance, industry, and frugality.” One might expect a clergyman to emphasize the importance of morality, but as discussed in chapter 2, the founders universally agreed that virtue was necessary for republican government. As we engage in politics, we do well to keep the “founders’ syllogism” in mind. At a minimum, this includes treating one’s opponents with dignity, telling the truth, and engaging in political debate with civility.

A central theme in this book is that America’s founders embraced a robust understanding of religious liberty. This important freedom, which many founders referred to as “sacred,” is under increasing assault today. If we are to be faithful to the founders’ vision, we must insist that religious liberty be protected whenever possible. There are times when the state has a compelling interest in keeping someone from acting on his or her religious conviction (prohibiting human sacrifice is an obvious example), but these instances are few and far between. And Christians must insist that the religious liberty of non-Christian citizens be respected. Doing so is not only strategic, it is the right thing to do.

Christians must insist that the religious liberty of non-Christian citizens be respected. Doing so is not only strategic, it is the right thing to do.

Concerns for religious liberty should inform our voting decisions, and readers might also consider supporting one of the many fine Christian organizations that fight for religious liberty in our nation’s courtrooms every day. I am particularly grateful to the Christian Legal Society (CLS), whose former executive director, Samuel Ericsson, gave me an opportunity to serve as an intern in high school and then as a college student. He helped spark in me an interest in religious liberty and church-state relations that has been an important part of my professional career. Christian Legal Society continues to do excellent work under the leadership of David Nammo and Kim Colby. Over the last decade, the Alliance Defending Freedom (ADF) has emerged as a giant among these organizations, working with an extensive network of attorneys across the nation to protect the ability of men and women to live according to the dictates of their consciences. I have had the opportunity to work with ADF on several occasions and have been most impressed. These organizations and others, such as the Becket Fund for Religious Liberty and the First Liberty Institute, are more than worthy of our financial support.

Having argued throughout this book that America did, in fact, have a Christian founding, I want to close by reemphasizing that the constitutional order the founders created has benefited citizens of every faith—as well as those who do not hold to any faith at all. One need not be a Christian to profit from limited government, checks and balances, and the rule of law. With respect to religion, the founders were clear that citizens of any faith are free to worship and act according to the dictates of their consciences. If we desire to honor their memory and legacy, we must continue to advocate for these ideals today. 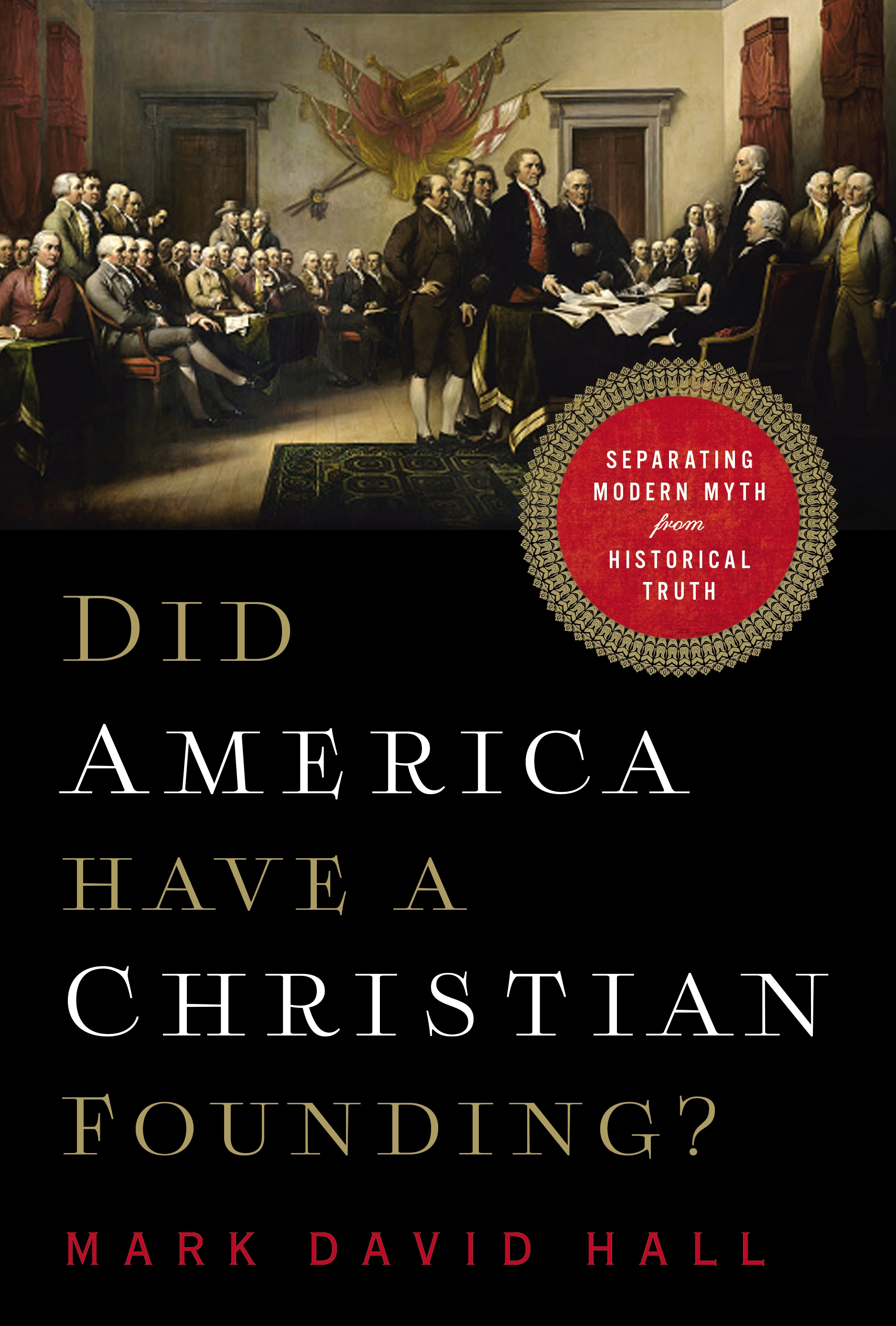 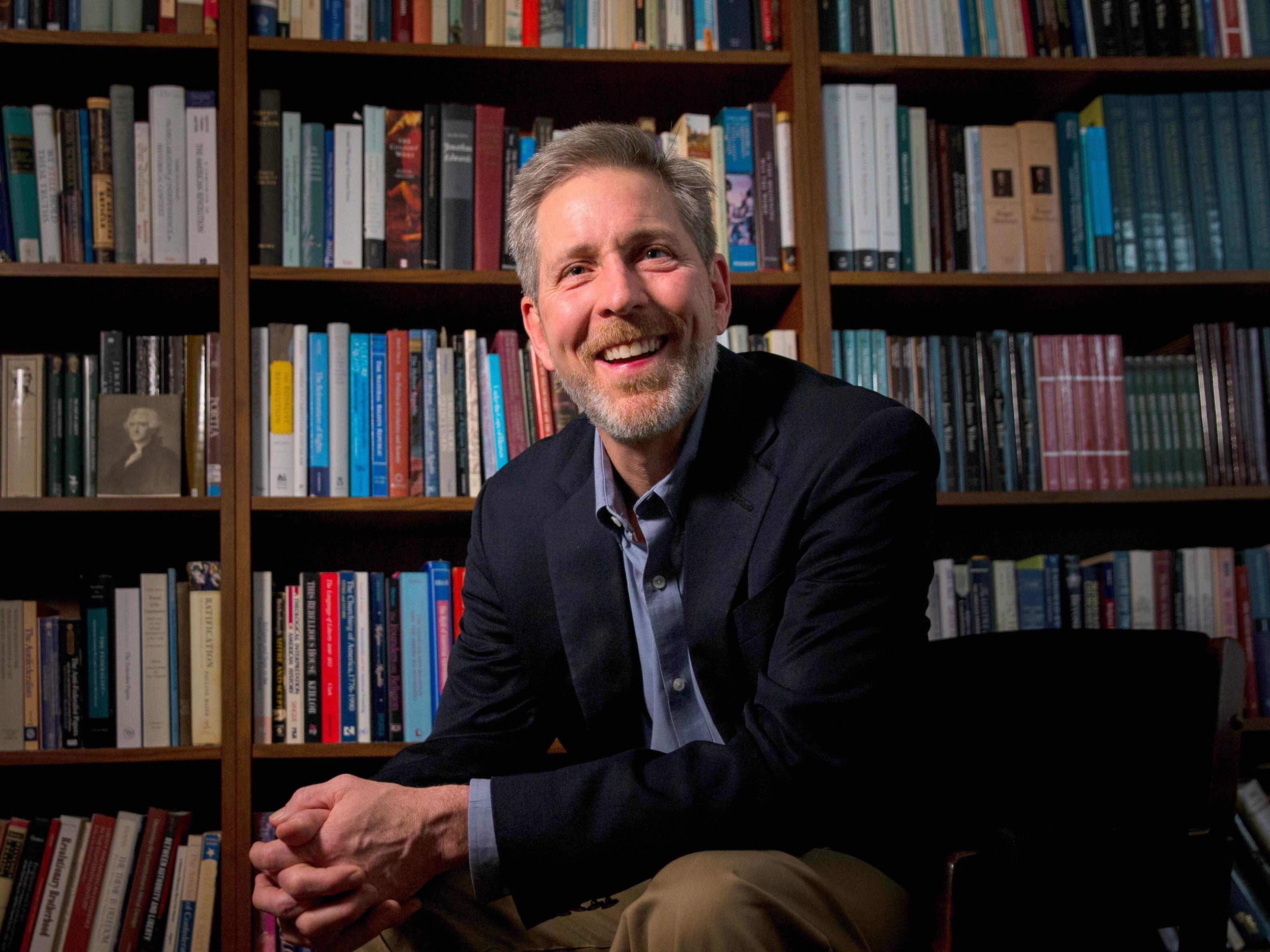 Mark David Hall Mark David Hall is the Herbert Hoover distinguished professor of politics and faculty fellow in the William Penn Honors Program at George Fox University. He is also associated faculty at the Center for the Study of Law and Religion at Emory University and senior fellow at Baylor University’s Institute for Studies of Religion.
COMMENT BELOW