Almost exactly a year after it ruled in favor of Colorado baker Jack Phillips, the U.S. Supreme Court has a chance to clarify its stance on creative professionals who cannot in good conscience because of their religious convictions participate in same-sex weddings. The Supreme Court of Washington state ruled against Richland, Wash., florist Barronelle Stutzman for a second time last week, and her lawyers said they plan to appeal.

Stutzman, who was prosecuted in her professional and personal capacity after declining to design flowers for the same-sex wedding of a longtime customer in 2013, said she was “not surprised” but was “deeply disappointed” in the ruling.

“It pains me to see my own state continue to come after my flower shop, my home, and every penny I own,” she said in a statement.

When the U.S. Supreme Court handed down its ruling in Phillips’ case last year, the justices chose to narrowly focus on the hostility the Colorado Civil Rights Commission showed toward him throughout the adjudication of a discrimination claim against the Christian baker. The lack of neutrality was enough to toss out the commission’s decision, so the Supreme Court avoided ruling on the wider national conflict between business owners’ religious beliefs and LGBT activists. Later, the high court ordered the Washington state Supreme Court to reexamine Stutzman’s case in light of its decision about Phillips.

Though Masterpiece Cakeshop v. Colorado Civil Rights Commission was a clear win for Phillips (who is facing yet another legal challenge), the narrow ruling left wiggle room for government entities to force Christians to participate in same-sex weddings as long as they don’t use hostile rhetoric while doing it.

“After this review, we are confident that the two courts gave full and fair consideration to this dispute and avoided animus toward religion,” the Washington Supreme Court judges wrote. “We therefore find no reason to change our original decision in light of Masterpiece Cakeshop.”

Stutzman’s attorneys from Alliance Defending Freedom disagree and plan to take her case back to the U.S. Supreme Court. ADF Vice President of Appellate Advocacy John Bursch said that “the hostility throughout the case was rampant,” citing the Washington attorney general’s nearly unprecedented decision to go after the Christian florist’s personal assets, essentially guaranteeing bankruptcy. He also pointed out that no one ever filed a complaint against Stutzman. The attorney general argued the case himself before the Washington Supreme Court, and Stutzman was treated more harshly than other businesses that did have complaints against them.

Bursch said ADF intends to give the U.S. Supreme Court a chance to rule on whether the government has the right to force Christian business owners to participate in same-sex weddings in the first place.

“This is an ideal case for the Supreme Court to resolve some of these issues involving creative professionals who are willing to serve everyone but are unable to express certain custom messages or attend certain events,” he said.

Stutzman’s case rests on the fact that designing flowers for the couple involves consultation, custom creative expression, and attending the wedding ceremony—all of which Stutzman says her religious beliefs about marriage will not allow her to do.

Bursch said if the U.S. Supreme Court accepts the case, it could be argued as early as April 2020. 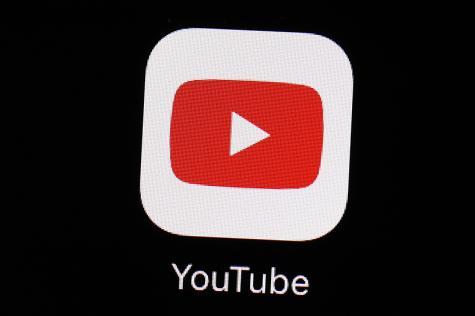 Want to post a video critical of illegal immigration or same-sex marriage? YouTube may no longer allow it. The popular video sharing platform recently updated its hate speech policy to say it would remove content promoting violence and hate against individuals or groups based on a host of attributes. The new policy applies to long-recognized protected classes such as age, sex, nationality, and race, along with newer additions such as gender identity, sexual orientation, and immigration status.

YouTube explained that its old policy attempted to curb the influence of objectionable content by limiting recommendations and features such as comments and sharing. The new policy goes further by allowing the platform to prohibit and take down objectionable videos that claim one group is superior to another based on any of the listed attributes.

As Big Tech takes heat from all sides, platforms like YouTube may be both weary and wary of content moderation. Facebook CEO Mark Zuckerberg wants an outside body to set standards for speech on social media. “Lawmakers often tell me we have too much power over speech, and, frankly, I agree,” he wrote in March in The Washington Post. Lawmakers, both conservative and liberal, agree, too—even if they don’t know what to do about it. As Sen. Ted Cruz, R-Texas, tweeted, “YouTube is not the Star Chamber—stop playing God & silencing those voices you disagree with. This will not end well.” —Steve West 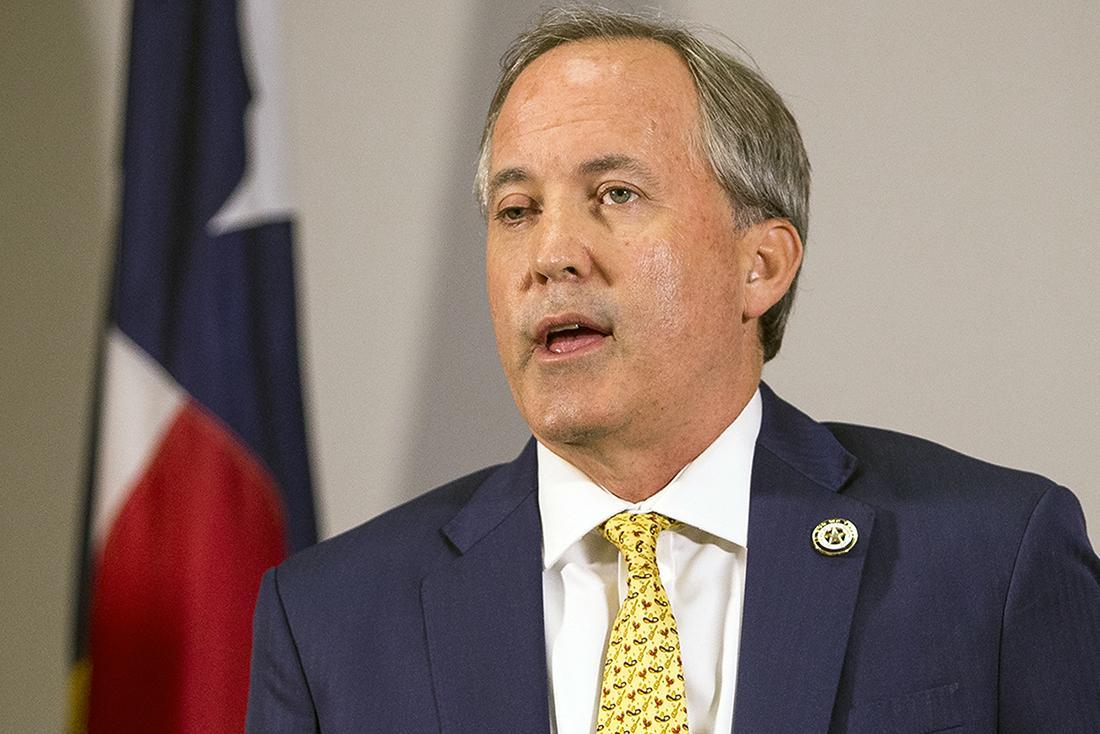 Texas Attorney General Ken Paxton has sued the city of San Antonio in order to pluck records from it relating to the exclusion of a Chick-fil-A restaurant from the city’s airport. Paxton seeks documents he contends may show religious bigotry fueled the city’s decision.

Both sides remain aflutter over the San Antonio’s decision in March to nix Chick-fil-A from the airport concessions agreement because of a “legacy of anti-LGBT behavior” by the restaurant. Paxton, Gov. Greg Abbott, and other Republicans in the state legislature said the decision amounted to religious bias solely against of the conservative Christian views of Chick-fil-A President Dan Cathy and company’s support of Christian causes and organizations. Both the state and the Federal Aviation Administration have opened investigations, and the state legislature has passed a bill that prevents governmental entities from punishing individuals or businesses that act in accordance with their religious beliefs.

San Antonio Mayor Ron Nirenberg, an Independent, called the lawsuit “staged political theater,” but Paxton said in a news release that “the city’s extreme position only highlights its fear about allowing any sunshine on the religious bigotry that animated its decision.” —S.W. 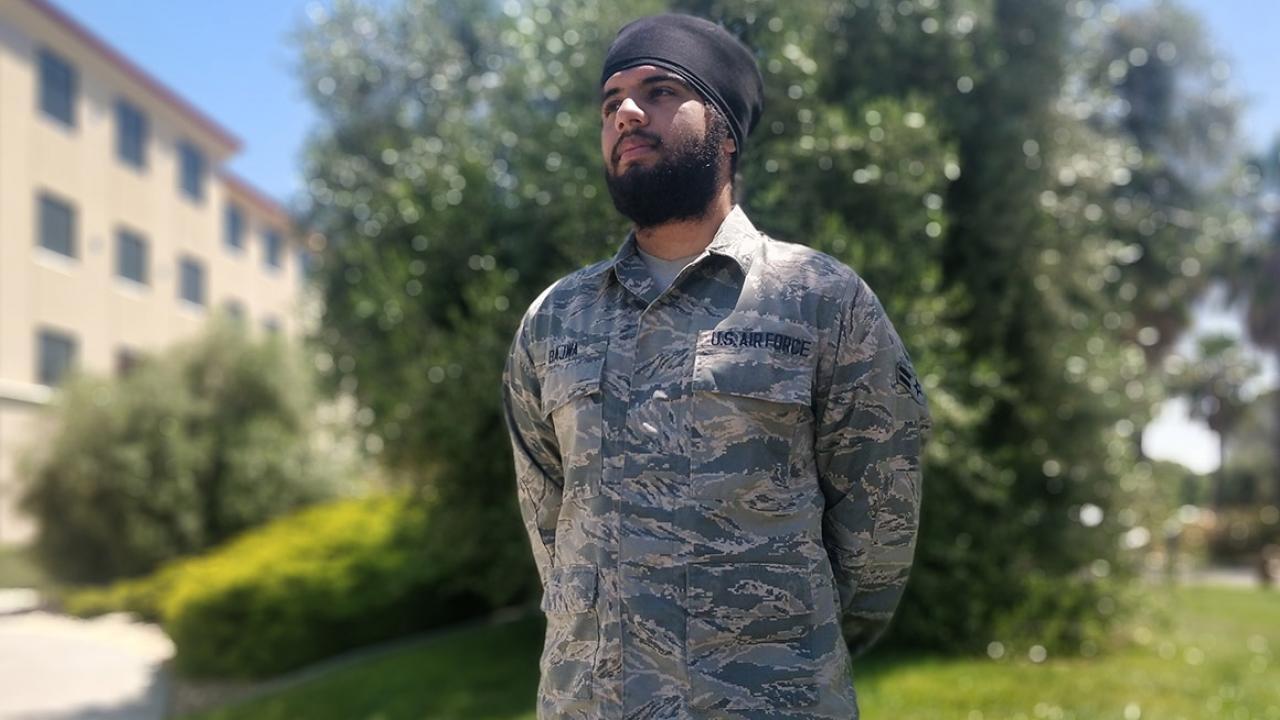 The U.S. Air Force has granted a Sikh airman a historic religious accommodation, exempting Airman 1st Class Harpreetinder Singh Bajwa from its grooming and dress rules by allowing him to wear a turban and beard as part of his uniform.

A Sikh man’s turban and unshorn hair are considered an expression of faith, according to the Sikh Coalition. The Air Force did not allow beards until 2018, when a Muslim airman received a waiver. Air Force policy is intended to protect the exercise of religious freedom and provides a process for accommodating such requests —S.W.

In God we (still) trust

The U.S. Supreme Court rejected without comment a challenge brought by 27 atheists, children of atheists, and atheist groups to remove the U.S. motto “In God We Trust” from the nation’s currency. The 8th U.S. Circuit Court of Appeals previously agreed to dismiss the lawsuit in an opinion finding the motto “comports with early understandings of the Establishment Clause” of the First Amendment of the U.S. Constitution without compelling religious observance. Michael Newdow, a California attorney who previously unsuccessfully challenged the “under God” language in the Pledge of Allegiance, represented the atheists. —S.W.

The College of Charleston has settled a lawsuit with the South Carolina Politics Club. The college had refused to recognize the club as a registered student organization, claiming it was too similar to another campus group. The lawsuit, filed on behalf of students by Alliance Defending Freedom, contended that the school unconstitutionally discriminated against the nonpartisan club based on its viewpoint. Under the settlement, the college changed its policy to eliminate a ban on groups deemed too similar and paid litigation costs and attorneys’ fees. —S.W.