The wealth of the land

WASHINGTON—When President Donald Trump moved to reduce the size of Bears Ears National Monument in southeastern Utah, locals breathed a sigh of relief. The Obama administration’s designation of the area as a national monument in 2016 brought an influx of visitors the region didn’t have the infrastructure to handle.

“No restrooms, no kiosks to tell people which trail to take or whether or not to stay on a trail or get off. No information on how to visit a cultural site,” said Bruce Adams, a San Juan County, Utah, commissioner who chairs the Bears Ears National Monument Advisory Committee. He told me stories of visitors getting stuck crossing seasonal creeks, picking up arrowheads or other artifacts without realizing it was illegal, and getting lost without clear maps.

In 2017, Trump announced plans to decrease the size of the Bears Ears monument by about 85 percent and to cut the almost 2-million-acre Grand Staircase–Escalante National Monument in southern Utah almost in half. Last week, the Trump administration finalized a plan for how it will manage the land that is still owned by the federal government but no longer has monument status.

The plan has brought attention to a longstanding tussle involving locals, federal agencies, and environmental advocacy groups over land use in Western states. The U.S. government owns more than 60 percent of the land in Utah alone, according to a 2017 report. Critics have blasted the government’s land management plan as a giveaway to big oil and gas companies and expressed concerns that development could destroy cultural and historical sites and reduce the public’s access to the wilderness. But some locals say such fears are overblown, arguing a compromise allowing a more diverse range of uses could benefit everyone.

Trump asked U.S. Interior Secretary Ryan Zinke in 2017 to review 27 national monuments to see whether the United States could benefit from having fewer acres of protected lands. After a four-month analysis, Zinke recommended downsizing a few monuments and adopting a multiple-use model that allows for recreational activities like hiking, fishing, and camping alongside things like grazing for ranchers, harvesting timber, mining for coal, and drilling for oil and gas.

Federal officials have opened the land cut from the Bears Ears monument to more uses for about a year. So far, no oil, gas, or coal companies have applied for mining or drilling rights. A factsheet released by the Department of Interior noted, “Over the last 10 years there has only been one approved application for permit to drill” from an oil or gas company. It resulted in an unsuccessful dry hole in 2013.

It’s unclear whether oil and gas companies will take a similar hands-off approach to Grand Staircase–Escalante, which opened to multiple uses on Feb. 6. So far, 19 companies have filed mining claims, but no energy interests have yet applied, despite the area having rich deposits of oil and gas.

Leland Pollock grew up within the boundaries of Grand Staircase–Escalante before President Bill Clinton designated it as a national monument in 1996. His father worked for the National Park Service, and he grew up loving the land. Now he is a Garfield County Commissioner and a rancher.

Pollock told me he thinks nothing hurt the land more than the monument designation. The U.S. Bureau of Land Management already managed the area, conducting vegetation treatments, water improvements, and soil erosion projects. The agency cooperated fairly well with locals, from ranchers who wanted to graze livestock or residents of nearby Bryce Valley who gathered scrap wood to heat their homes in the winter.

The county is 93 percent federal land, and Pollock admitted he has a vested interest in allowing diverse uses but said most of the local community feels the same way.

He added that zero-intervention policies have allowed noxious invasive weeds like Chrysothamnus, or “rabbitbrush,” to erode the soil and make flooding worse. Pollock scoffed at the idea that energy companies will swiftly overtake the land, saying permit approval can sometimes take years. And even after approval, the companies could face litigation, which he doubts would get resolved in any court lower than the U.S. Supreme Court. By then, Pollock said, another administration less friendly to oil and gas companies may be in power.

Lawsuits against the president’s action are already moving through the courts. In October 2019, a federal judge allowed three consolidated cases brought by a coalition of environmental, retail, and Native American groups to proceed against the Trump administration. The plaintiffs claim Trump does not have the authority to reduce the size of monuments. The 1906 Antiquities Act grants a president the power to unilaterally designate national monuments to protect ancient and historical sites and landmarks.

Deregulation isn’t the same thing as eliminating all rules, Katie Tubbs, an energy and environmental analyst at the Heritage Foundation, told me.

“The national monument designation change doesn’t mean these lands are totally unregulated now,” she said. “It means a different set of laws and rules apply, which includes a more democratic process.” 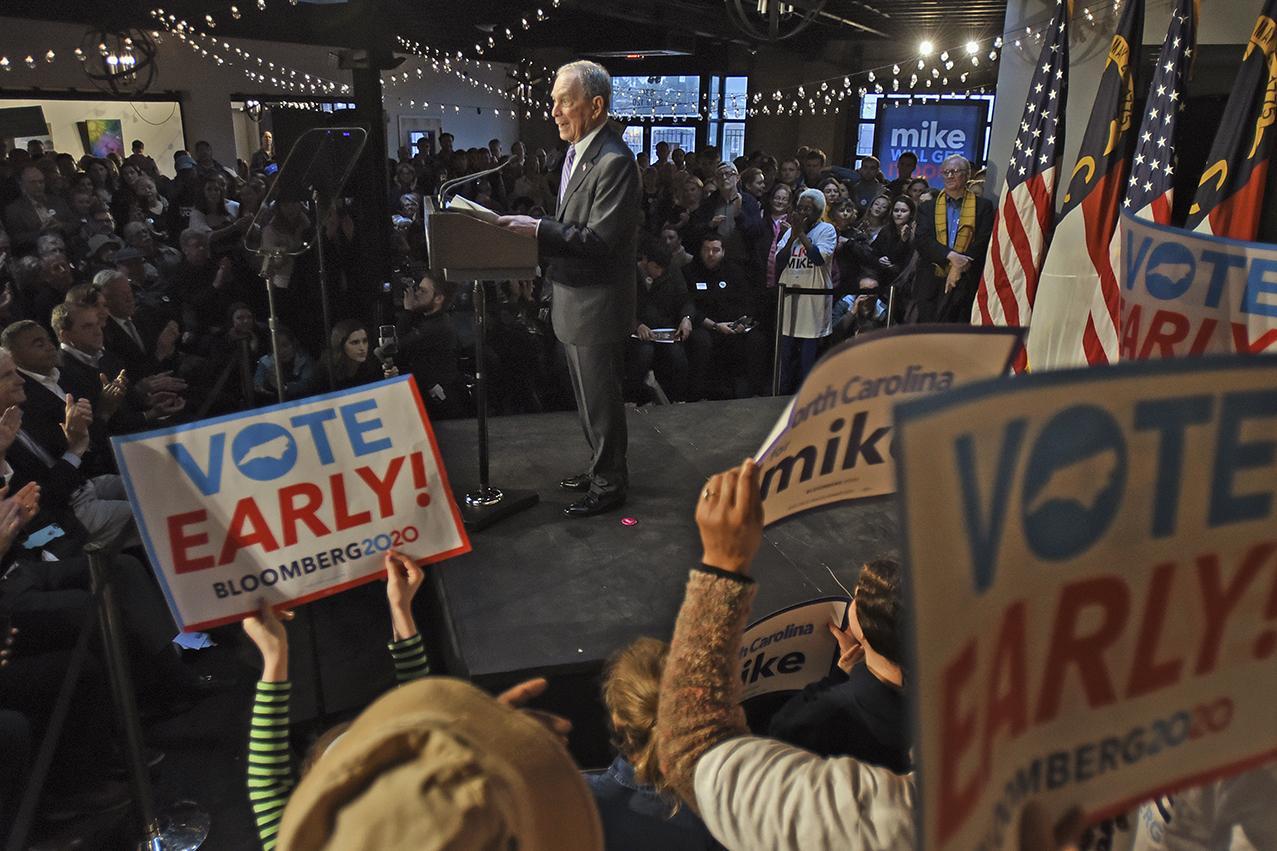 The race is on

The 2020 Democratic presidential field has narrowed in recent days, with entrepreneur Andrew Yang, Sen. Michael Bennet of Colorado, and former Massachusetts Gov. Deval Patrick dropping out of the race within hours of the polls closing in the New Hampshire primary.

Before he left, Yang distinguished himself from his competitors on the abortion issue. “I think we have to get back to the point where no one is suggesting that we be celebrating an abortion at any point in the pregnancy,” he said at a candidate forum in the Granite State on Saturday. “There was a time in Democratic circles where we used to talk about it being something that you don’t like to see but should be within the freedoms of the woman and the mother to decide.”

He added, “I think that celebrating children, family—these are universal human values, and if we manage to lead on that and say that we also stand for women’s reproductive rights, I believe we can bring Americans closer together on a really, really important personal issue.”

Sen. Amy Klobuchar of Minnesota, who finished third in New Hampshire, took a similar stance recently when she said she thought pro-life voters had a place in the party.

Meanwhile, the remaining qualified Democratic candidates will take the debate stage in Las Vegas on Wednesday, three days before that state’s caucuses. NBC News, MSNBC, and The Nevada Independent are serving as debate hosts. To qualify, candidates must have at least one pledged delegate from Iowa or New Hampshire or meet a polling threshold.

The Democratic Party recently did away with grassroots donor requirements for debates, which could open the door to self-funded former New York City Mayor Mike Bloomberg to participate if he improves in the polls. Sen. Bernie Sanders of Vermont called the rule-change an outrage: “I guess if you’re worth $55 billion, you can get the rules changed for the debate.” 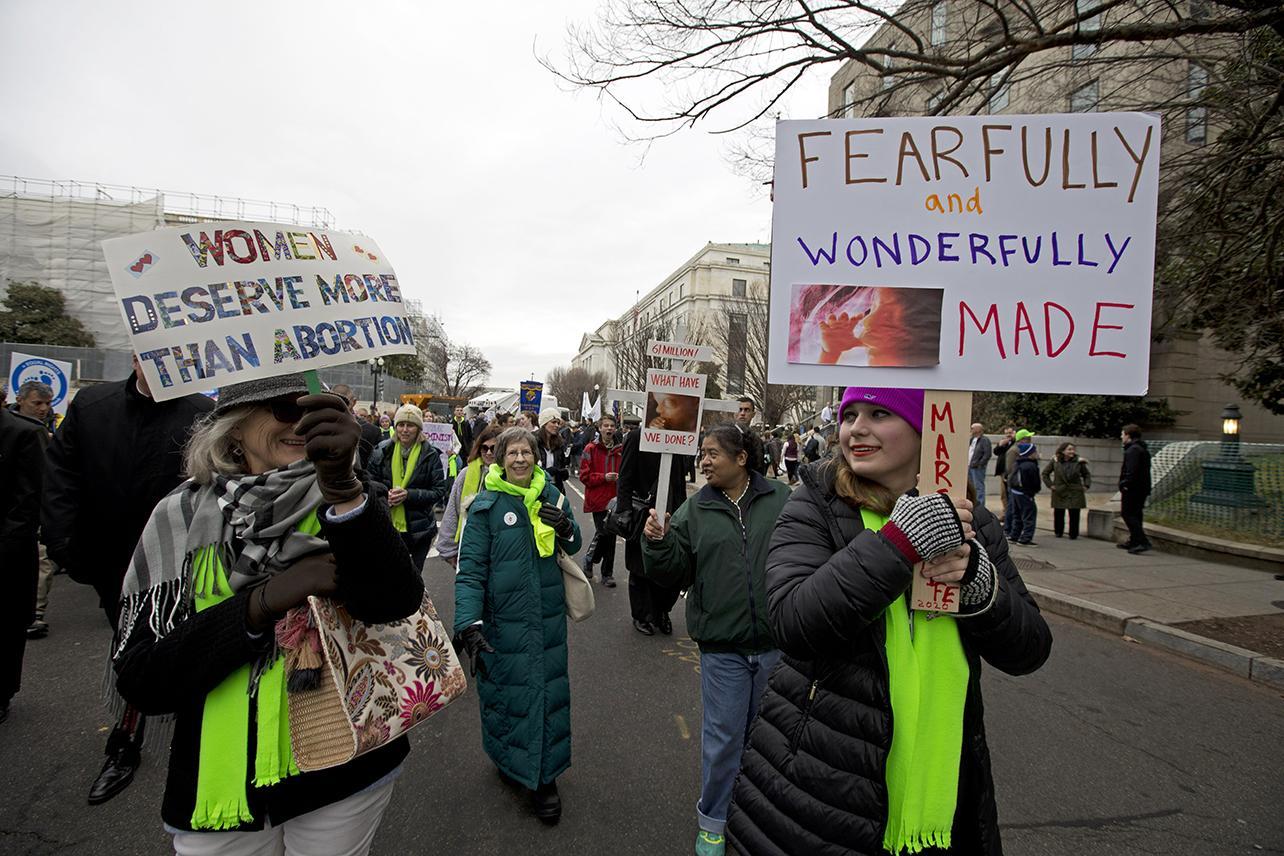 Born Alive is back

The Senate Judiciary Committee held a hearing on Tuesday on the Born-Alive Abortion Survivors Protection Act. The bill calls for doctors to give babies who survive botched abortions the same protections and medical care as babies born at the same gestational age. Witnesses included nurse Jill Stanek, who once held a dying baby after a failed abortion. She said in cases like that, babies didn’t receive medical assessments and were only given “what the hospital called ‘comfort care.’”

Sen. Ben Sasse, R-Neb., reintroduced the bill after a failed attempt last year, when Republicans could not get enough Democrats to support it and reach the 60 votes needed to pass. A sustained effort in the House of Representatives also did not garner enough support.

The Born-Alive Infants Protection Act of 2002, which gave babies who are born alive at any stage of pregnancy legal rights, did not specify what medical attention is required or what the punishment is for breaking the law. —H.P. 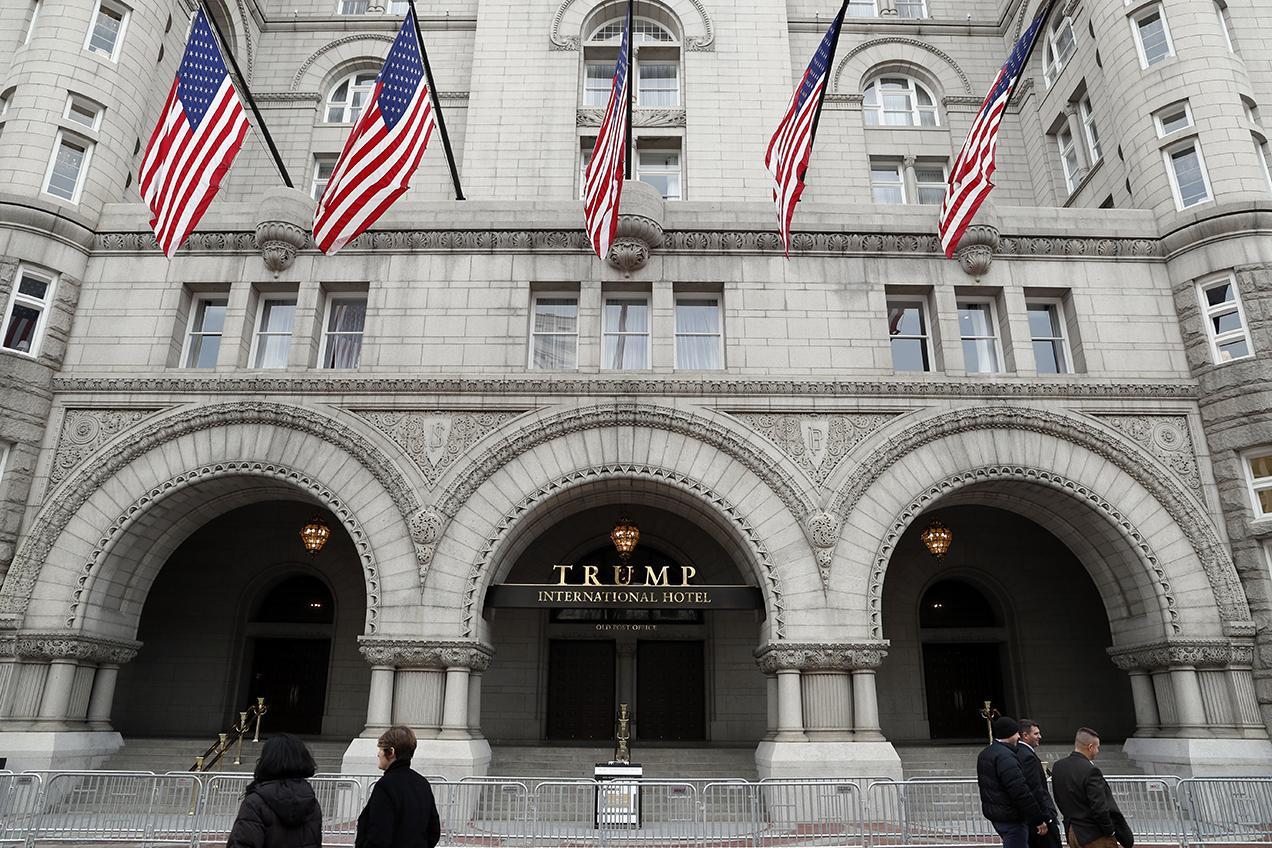 The U.S. Court of Appeals for the District of Columbia Circuit dismissed a lawsuit on Friday accusing President Donald Trump of violating the U.S. Constitution’s emoluments clause. The rule bars federal officials from receiving gifts from foreign countries, which the lawsuit claims the president does by profiting off of his private overseas businesses while in office.

Trump has opted not to place his business assets in a blind trust for the duration of his presidency as others have. Democratic lawmakers brought the lawsuit in 2017, arguing foreign officials staying at the president’s Trump International Hotel in Washington violates the clause.

The three-judge panel did not rule on whether Trump’s actions violated the Constitution. Instead, they ruled the lawmakers lacked standing to sue. The decision noted that the 215 plaintiffs did not make up a majority in either the House or the Senate “and are, therefore, powerless to approve or deny the president’s acceptance of foreign emoluments.”

Two other suits alleging that Trump is violating the emoluments clause are still winding their way through the courts. They also will have to establish whether the plaintiffs have cause to sue.

The president celebrated the decision on Twitter, saying, “Another win just in … this one unanimous, in the D.C. Circuit. Witch Hunt!” —H.P.

Hope Hicks is back

After an almost two-year absence, Hope Hicks will rejoin the Trump administration, officials said Thursday. The former White House communications director will work with Jared Kushner, President Donald Trump’s son-in-law, on political affairs and other strategic matters. After leaving the administration in March 2018, Hicks worked as a senior executive for the Fox Corporation. She was an early member of the Trump train, joining his campaign team in 2015. —H.P