The tie that binds

The 80-year-old, multi-site Miracle Hill Ministries unashamedly shares the gospel with the neediest residents in South Carolina. In 1988, it expanded its homeless and addiction recovery ministries to include a state-licensed child placement agency that worked exclusively with Christian families.

Now, expanded nondiscrimination regulations enacted in the waning days of the Obama administration threaten the agency’s license. The dispute over how to apply the U.S. Health and Human Services (HHS) rules, enacted Jan. 11, 2017, opens a new front in the battle to save Biblically faithful foster care and adoption agencies nationwide.

“That’s always been the case,” he said. “It applies across all of our ministries and programs. And it was never questioned by anybody, that we can recall, until about two years ago.”

The state Department of Social Services (DSS) distributes federal funds from HHS to child placing agencies (CPAs), including Miracle Hill, which is a nonprofit organization. In 2017, HHS expanded its grant-award regulations—which previously prohibited discrimination on the basis of race, color, and national origin—to prevent religious and other forms of discrimination, too. Lehman told the Greenville News that DSS contacted Miracle Hill in January 2017 to make sure it was complying with federal requirements—and that’s when the trouble started.

DSS threatened to withdraw Miracle Hill’s foster care license if it did not end its decadeslong policy of working only with families that shared the ministry’s Christian faith. In response, South Carolina Gov. Henry McMaster, a Republican, asked HHS to create an exemption for faith-based agencies in the state. In a letter sent in February, McMaster wrote HHS “cannot lawfully expand such statutory provisions through regulations.” Appealing to the Religious Freedom and Restoration Act and U.S. Supreme Court precedent in Trinity Lutheran v. Comer, McMaster argued the expanded nondiscrimination provisions “require CPAs to abandon their religious beliefs or forgo the available public licensure and funding.”

The governor also signed an executive order barring the state DSS from denying “licensure to faith-based CPAs solely on account of their religious identity or sincerely held religious beliefs.” The state legislature codified that language in a budget amendment in June.

“All child placement agencies receiving federal funds are bound by the federal regulation, but the state has limited power to decide what the regulation means in their state,” said Stephanie Curry, an attorney for the Family Policy Alliance, which supported legislation passed in Kansas and Oklahoma that provides religious liberty protections for Christian foster and adoption agencies.

Earlier this year, Miracle Hill’s policy drew the attention and ire of the Anti-Defamation League following news reports that the ministry had rejected a Jewish woman’s application to mentor children. Staff at Miracle Hill referred the woman to another local agency, where she took a volunteer position, Lehman said. Last week, the ADL wrote a letter to Roger Severino, director of the HHS Office for Civil Rights, asking it to reject McMaster’s request for a waiver for Miracle Hill and other faith-based child placement agencies.

ADL CEO Jonathan Greenblatt said Miracle Hill’s policy of working only with Christian foster parents “is both immoral and unconstitutional.” The ADL, which was founded in 1913 to combat anti-Semitism, claims its “Jewish values inform our work and the change we seek in the world,” but that work seeks to prevent other religious entities from operating according to their religious convictions if they receive federal money.

ADL representatives would not respond to questions about their objections to the waiver, the organization’s sudden disapproval of Miracle Hill’s 30-year-old policy, or whether the state should be required to honor a Jewish or Muslim birth mother’s request to place her baby with foster parents who share her faith.

A spokesperson for HHS said McMaster’s request “on religious freedom and foster care agencies has been received by HHS and is currently under consideration. After a decision has been made on the pending request a response will be delivered to the governor.”

The HHS decision will likely leave one side unsatisfied. But Lehman, who in August received the state’s highest civilian honor, the Order of the Palmetto, for his work leading Miracle Hill, said it is too soon to speculate whether the ministry would respond to or file a lawsuit in order to “maintain our First Amendment rights.”

“I will say, we plan to stand by our conviction,” he said. 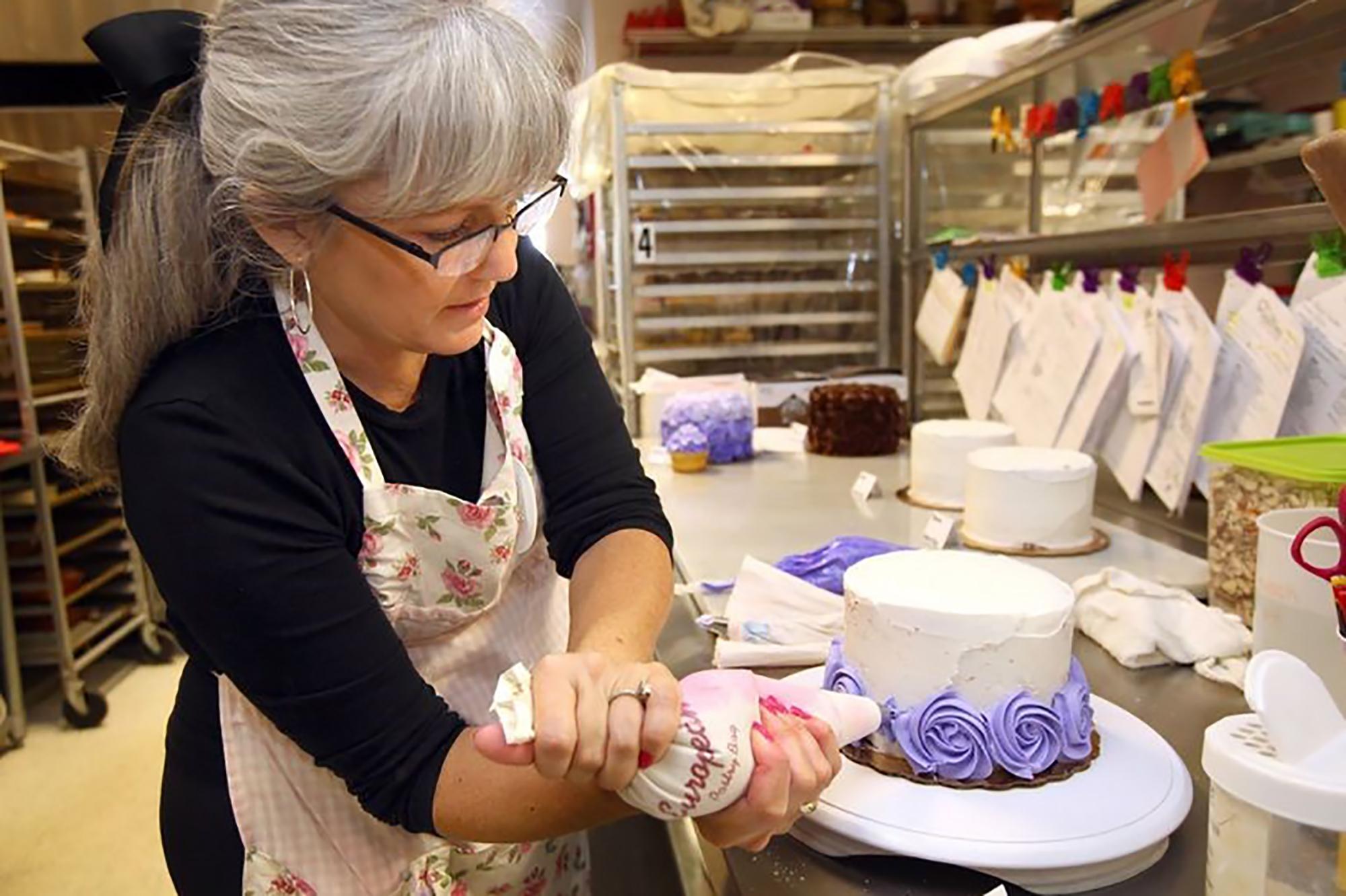 California goes one more round with Christian baker

Government lawyers in California filed a new lawsuit this month against Christian baker Cathy Miller despite a state court’s rejection of an earlier attempt to force Miller to bake custom wedding cakes for same-sex couples or stop baking them at all.

After Miller, owner of Tastries Bakery in Bakersfield, declined to bake a cake for a lesbian wedding in 2017, the California Department of Fair Employment and Housing (DFEH) sued her. When Kern County Superior Court Judge David Lampe denied a request for a preliminary injunction, DFEH claimed executive authority to continue legal action against Miller, according to a statement from her legal representatives at the Freedom of Conscience Defense Fund.

In standing up for her beliefs, Miller faced almost immediate backlash, including death threats. Roger Spradlin, pastor of Valley Baptist Church, where Miller and her husband attend and participate in the choir and orchestra, said the church has supported them, hosting a prayer meeting during one of the hearings and patronizing her business. The congregation is no stranger to these situations: Protesters came to the church after Spradlin preached on same-sex marriage. He said Miller is “very loving and considerate and tolerant toward other people,” but her convictions wouldn’t allow her to bake the cake.

“She sees it as an expression of herself and her speech and her religious convictions,” he said. “She takes very seriously her talent and gifts to be able to do this, and her ability to celebrate with people when she makes a wedding cake.”

Spradlin said she has “gone out of her way,” to respond in love, including toward the couple who filed the complaint. DFEH is seeking damages for emotional distress for the couple, Eileen and Mireya Rodriguez-Del Rios, which could amount to thousands of dollars.

The extent to which First Amendment rights apply to people in the wedding industry has been under debate since the Supreme Court’s Masterpiece Cakeshop v. Colorado Civil Rights Commission decision in June, when the high court ruled in favor of Colorado baker Jack Phillips’ right not to bake a cake for a same-sex wedding, but the narrow ruling relied upon the clear anti-religious bias in that particular situation. In a case similar to Miller’s, Oregon bakers Aaron and Melissa Klein have appealed to the Supreme Court and hope to find relief in the wake of the Masterpiece ruling. —Rachel Lynn Aldrich 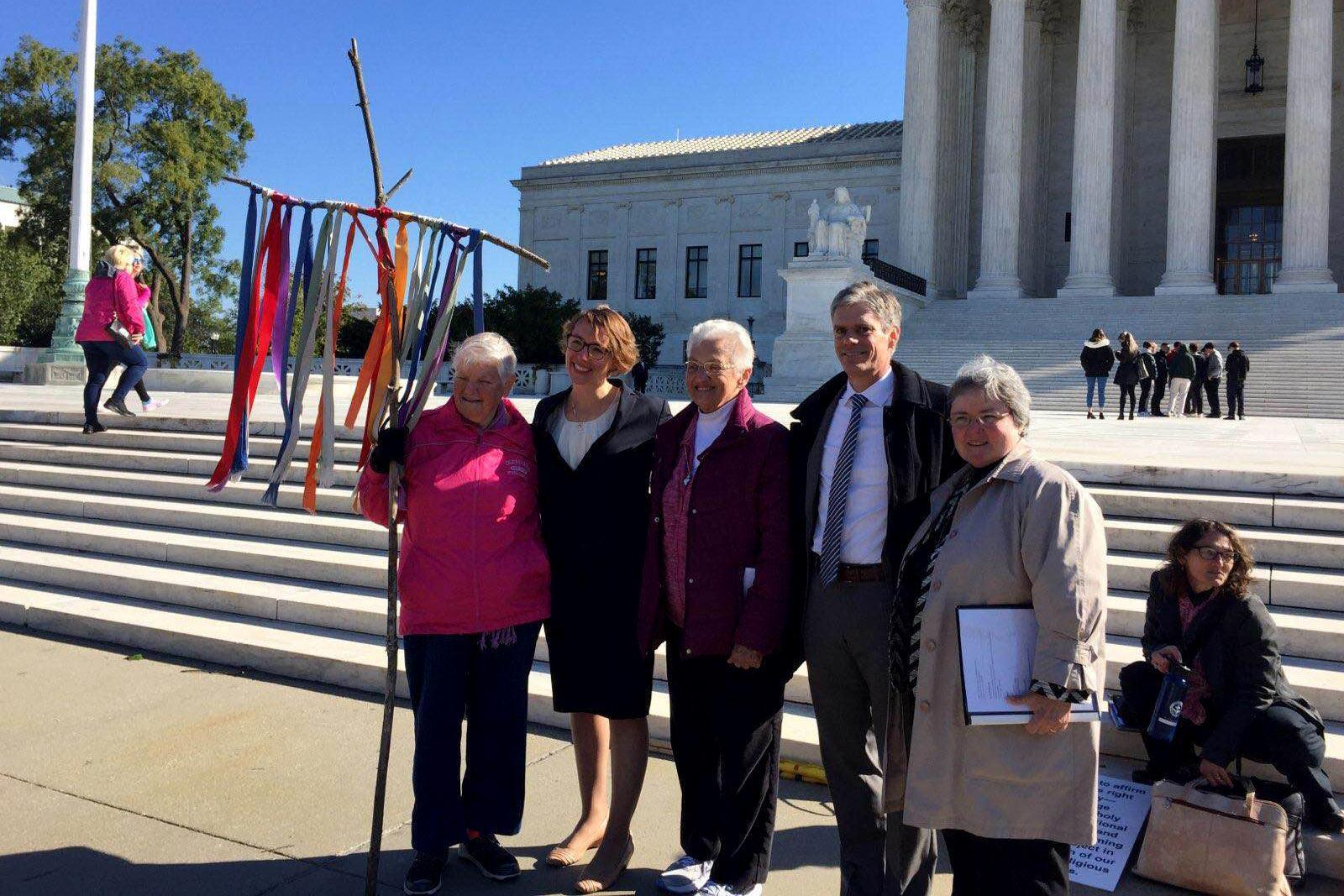 An order of nuns in rural Pennsylvania filed a formal petition to the Supreme Court on Oct. 19 over the construction of a natural gas pipeline on their land.

The Adorers of the Blood of Christ, located in Lancaster County, Pa., invoked the Religious Freedom Restoration Act, arguing that the pipeline, which would support the extraction of fossil fuels, violated their religious beliefs about protecting the Earth as laid out in Pope Francis’ encyclical Laudato Si, according to a statement. A U.S. district court and the 3rd U.S. Circuit Court of Appeals ruled against them, and the Federal Energy Regulatory Commission granted eminent domain to the Atlantic Sunrise Pipeline.

In cooperation with the group Lancaster Against Pipelines, the sisters have been involved with numerous demonstrations and protests of the construction of the new line, including building a small chapel in its path and holding regular prayer vigils there. According to a press release, 29 supporters of the sisters’ work have been arrested at the chapel.

The pipeline is about 183 miles long and ends in Lancaster County, where it connects with the Transcontinental Gas Pipeline, operated by Williams Partners L.P., The Citizens’ Voice in Wilkes-Barre, Pa., reported. The new stretch went into full service on Oct. 6 and increases the capacity of the whole system by about 12 percent to 15.8 billion cubic feet of natural gas per day, according to The Citizen’sVoice. —R.L.A.