The threat of therapeutic culture

Why a civilization would welcome soft totalitarianism

I liked Rod Dreher’s previous book, The Benedict Option, but told him that if harassment of Christians grew to the point where that option became essential, so would the unwillingness of empowered authorities to live and let live. Dreher’s new book is a manual for spiritual survival if a surveillance state imposes secularism on all. He summarizes well what we can learn from those who lived under 20th century totalitarianism.

Among the lessons: Stand firm but let bitterness stand down. Learn from history to avoid becoming hysterical. Appreciate the value of suffering but be merciful to those whose capacity is less. Practice hospitality and do not fear being seen as weird. Speak up with the truth but don’t worry about being prudently silent at times. Here, reprinted by permission from Sentinel, is an excerpt from Live Not by Lies, an honorable mention in WORLD’s 2020 Books of the Year list. —Marvin Olasky

Soft totalitarianism exploits decadent modern man’s preference for personal pleasure over principles, including political liberties. The public will support, or at least not oppose, the coming soft totalitarianism, not because it fears the imposition of cruel punishments but because it will be more or less satisfied by hedonistic comforts. Nineteen Eighty-Four is not the novel that previews what’s coming; it’s rather Aldous Huxley’s Brave New World. The contemporary social critic James Poulos calls this the “Pink Police State”: an informal arrangement in which people will surrender political rights in exchange for guarantees of personal pleasure.

Soft totalitarianism, as we will see in a later chapter, makes use of advanced surveillance technology not (yet) imposed by the state, but rather welcomed by consumers as aids to lifestyle convenience— and in the postpandemic environment, likely needed for public health. It is hard to get worked up over Big Brother when you have already grown accustomed to Big Data closely monitoring your private life via apps, credit cards, and smart devices, which make life so much easier and more pleasurable. In Orwell’s fictional dystopia, the state installed “telescreens” in private homes to keep track of individual’s lives. Today we install smart speakers into our homes to increase our sense of well-being.

How did maximizing a feeling of well-being become the ultimate goal of modern people and societies? The American sociologist and cultural critic Philip Rieff was not a religious believer, but few prophets have written more piercingly about the nature of the cultural revolution that overtook the West in the twentieth century that defines the core of soft totalitarianism.

In his landmark 1966 book, The Triumph of the Therapeutic, Rieff said the death of God in the West had given birth to a new civilization devoted to liberating the individual to seek his own pleasures and to managing emergent anxieties. Religious Man, who lived according to belief in transcendent principles that ordered human life around communal purposes, had given way to Psychological Man, who believed that there was no transcendent order and that life’s purpose was to find one’s own way experimentally. Man no longer understood himself to be a pilgrim on a meaningful journey with others, but as a tourist who traveled through life according to his own self-designed itinerary, with personal happiness his ultimate goal.

Man no longer understood himself to be a pilgrim on a meaningful journey with others, but as a tourist who traveled through life according to his own self-designed itinerary, with personal happiness his ultimate goal.

This was a revolution even more radical than the 1917 Bolshevik event, said Rieff. For the first time, humankind was seeking to create a civilization based on the negation of any binding transcendent order. The Bolsheviks may have been godless, but even they believed that there was a metaphysical order, one that demanded that individuals subordinate their personal desires to a higher cause. Almost a quarter century before the fall of the Berlin Wall, Rieff predicted that communism would not be able to withstand the cultural revolution coming from the West, one that purported to set the individual free to pursue hedonism and individualism. If there is no sacred order, then the original promise of the serpent in the Garden of Eden—“[Y]e shall be as gods”—is the foundational principle of the new culture.

Rieff saw, however, that you could not have culture without cult—that is, without shared belief in and submission to a sacred order, what you get is an “anti-culture.” An anti-culture is inherently unstable, said Rieff, but he doubted that people brought up in this social order would ever be willing to return to the old ways. Even church leaders, he wrote, were lying to themselves about the ability of the institutions they led to resist the therapeutic. Rieff foresaw the future of religion as devolution into watery spirituality, which could accommodate anything. Rieff lived long enough to see his 1966 prediction come true. In 2005, the sociologists of religion Christian Smith and Melinda Lundquist Denton coined the phrase Moralistic Therapeutic Deism to describe the decadent form that Christianity (and all faiths, in fact) had taken in contemporary America. It consisted of the general belief that God exists, and wants nothing more from us than to be nice and to be happy.

In therapeutic culture, which has everywhere triumphed, the great sin is to stand in the way of the freedom of others to find happiness as they wish. This goes hand in hand with the sexual revolution, which, along with ethnic and gender identity politics, replaced the failed economic class struggle as the utopian focus of the post-1960s radical left. These cultural revolutionaries found an ally in advanced capitalism, which teaches that nothing should exist outside of the market mechanism and its sorting of value according to human desires.

The Cold War and the fallout from cultural conflicts of the sixties and seventies drove many white conservative Christians to identify with the Republican Party and free-market economics as consonant with Christian morality. Relativism clad in free-market dogma aided the absorption of the therapeutic ethos by the Religious Right. After all, if true freedom is defined as freedom of choice, as opposed to the classical concept of choosing virtue, then the door is wide open to reforming religion along therapeutic lines centered around subjective experience. This is why so many conservative Christians did not see, and still cannot explain, the ongoing victories of transgenderism in the culture war. The transgender phenomenon, which requires affirming psychology over biological reality, is a logical culmination of a process that started centuries earlier.

Christian resistance on a large scale to the anti-culture has been fruitless, and is likely to be for the foreseeable future. Why? Because the spirit of the therapeutic has conquered the churches as well—even those populated by Christians who identify as conservative. Relatively few contemporary Christians are prepared to suffer for the faith, because the therapeutic society that has formed them denies the purpose of suffering in the first place, and the idea of bearing pain for the sake of truth seems ridiculous.

Excerpted from Live Not By Lies: A Manual for Christian Dissidents by Rod Dreher with permission of Sentinel, an imprint of Penguin Publishing Group, a division of Penguin Random House LLC. Copyright © Rod Dreher, 2020. 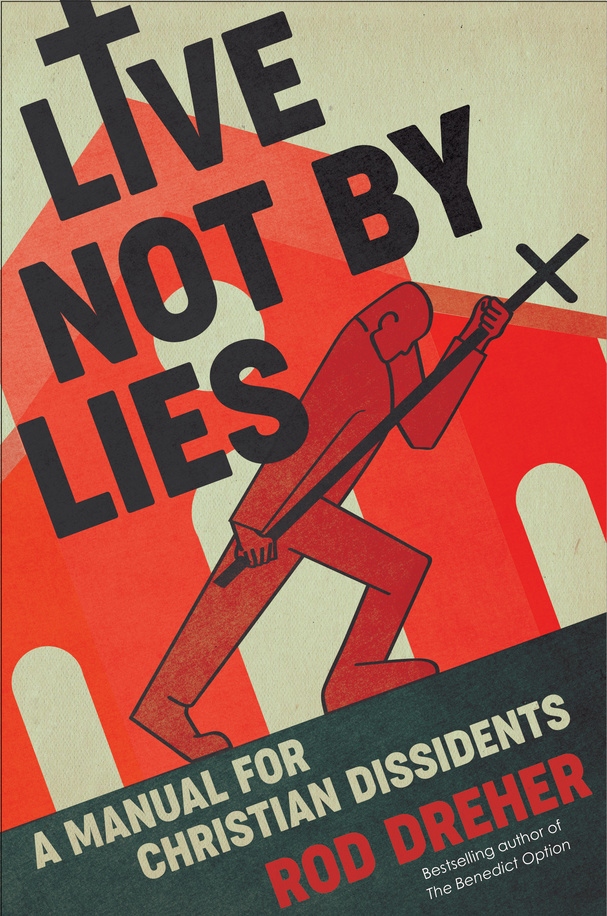 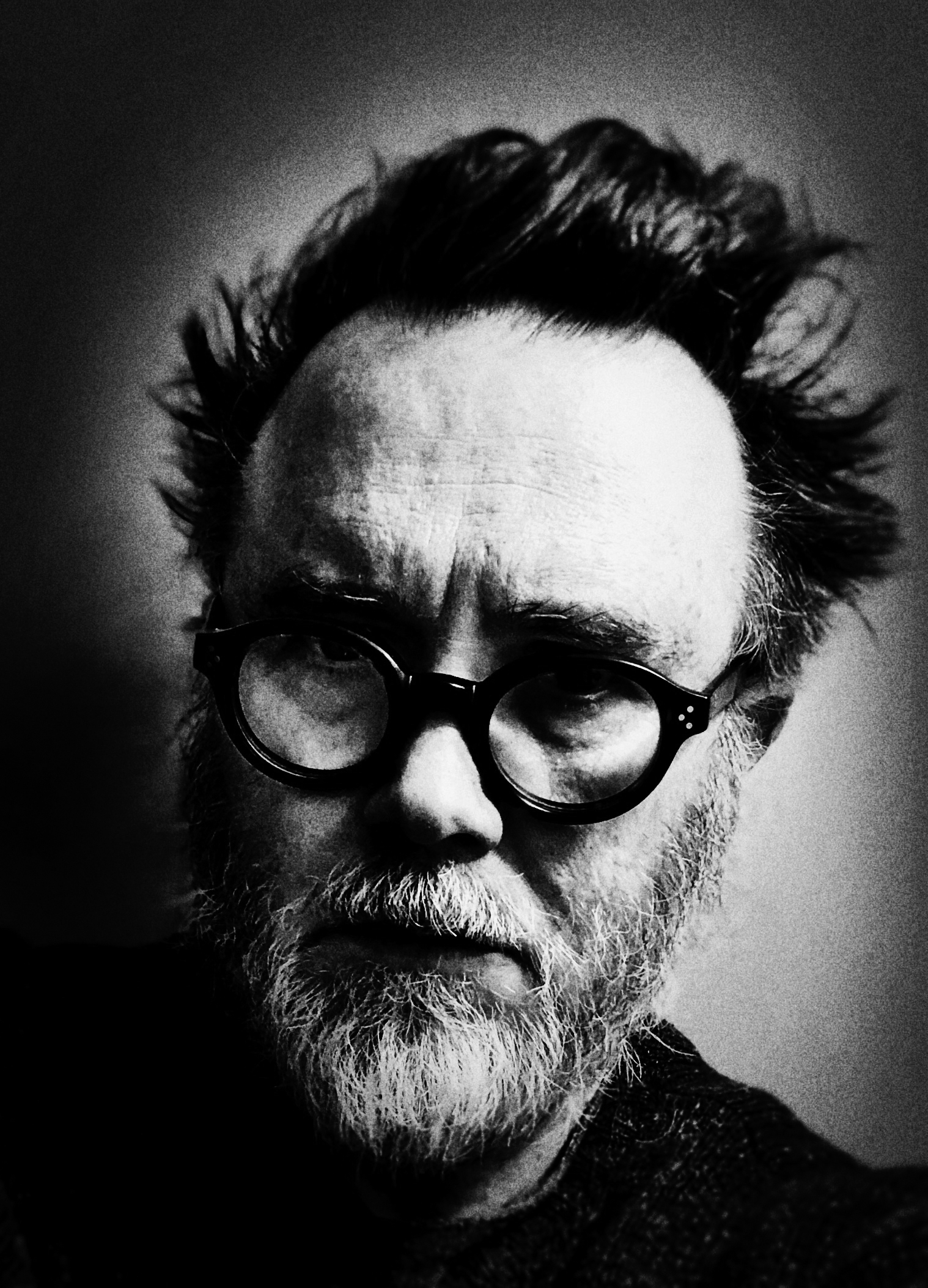 Rod Dreher Rod Dreher is a senior editor at The American Conservative. He has written and edited for the New York Post, The Dallas Morning News, and National Review, and his commentary has been published in The Wall Street Journal and the Weekly Standard. He is the bestselling author of The Benedict Option, How Dante Can Save Your Life, and several other books.
COMMENT BELOW