The threat of DIY DNA

Scientists gene edit an embryo in a laboratory in Shenzhen in southern China’s Guangdong province in October 2018. Associated Press/Photo by Mark Schiefelbein

Since Chinese scientist He Jiankui announced in November that he used the CRISPR gene-editing tool to produce the first genetically altered human babies, international leaders have discussed ways to tighten genome-editing guidelines. But if a rogue scientist in China could sidestep his country’s regulations, what safeguards can stop amateur do-it-yourselfers?

Bryan Bishop, a computer programmer in Austin, Texas, is seeking funds to open a designer baby startup company. In May, Bishop emailed a prominent U.K. researcher indicating that he and his partner, former biotech company lab scientist Max Berry, were working to start a company to produce babies who can grow muscle without weightlifting and who have Type AB-positive blood so they can receive a transfusion from any donor. Bishop also plans to engineer children with genes taken from people who have lived to well over 100 years old, MIT Technology Review reported.

Bishop and Berry said they have only begun preliminary tests on animals and are not yet ready to make a baby. But once animal testing is complete, they hope to move quickly to their first human volunteer before taking preorders. Making a gene-edited baby is illegal in the United States, but the regulations are less strict in some other countries.

Some call Bishop’s idea preposterous and a grab for attention. But others, like prominent Harvard genetic engineer George Church, who has spoken with Bishop, said that although Bishop’s approach would need “significant debugging,” it could happen.

Bishop and Berry may be the first to plan a designer baby company, but they represent a growing trend of do-it-yourself gene engineers. Bio-hacking supply start-up company The Odin sells bioengineering kits for anything from genetically modifying animals to creating new antibiotics. Josiah Zayner, CEO of The Odin, told BuzzFeed News that he started experimenting with CRISPR in his garage last summer and injected himself with the gene that makes jellyfish glow. Although Zayner didn’t start glowing, a skin analysis performed by a biotech company confirmed that the gene took hold in his cells.

Trying to make oneself glow does not involve editing the genome and may seem nothing more than silly, but it serves as a startling warning about unregulated technology. “I want to live in a world where people get drunk and instead of giving themselves tattoos, they’re like, ‘I’m drunk, I’m going to CRISPR myself,’” Zayer said. Without proper regulations, it seems possible that brave new world could happen.

Gene editing embryos raises obvious moral and ethical concerns. The experiments destroy many human embryos, and the technique can produce unintended and dangerous heritable gene mutations. But Christians also need to wrestle with the tension between receiving children as gifts from God and intervening to produce only a certain kind of child, Paige Cunningham, executive director of The Center for Bioethics & Human Dignity, told me. Do we wish to raise only beautiful, intelligent, athletic, or otherwise gifted children with characteristics valued by the world, or do we desire to raise children to become more like the image of Christ?

“As Christians we are called to live to a higher standard than the world,” she said. “We are expected to have different internal motivations.” 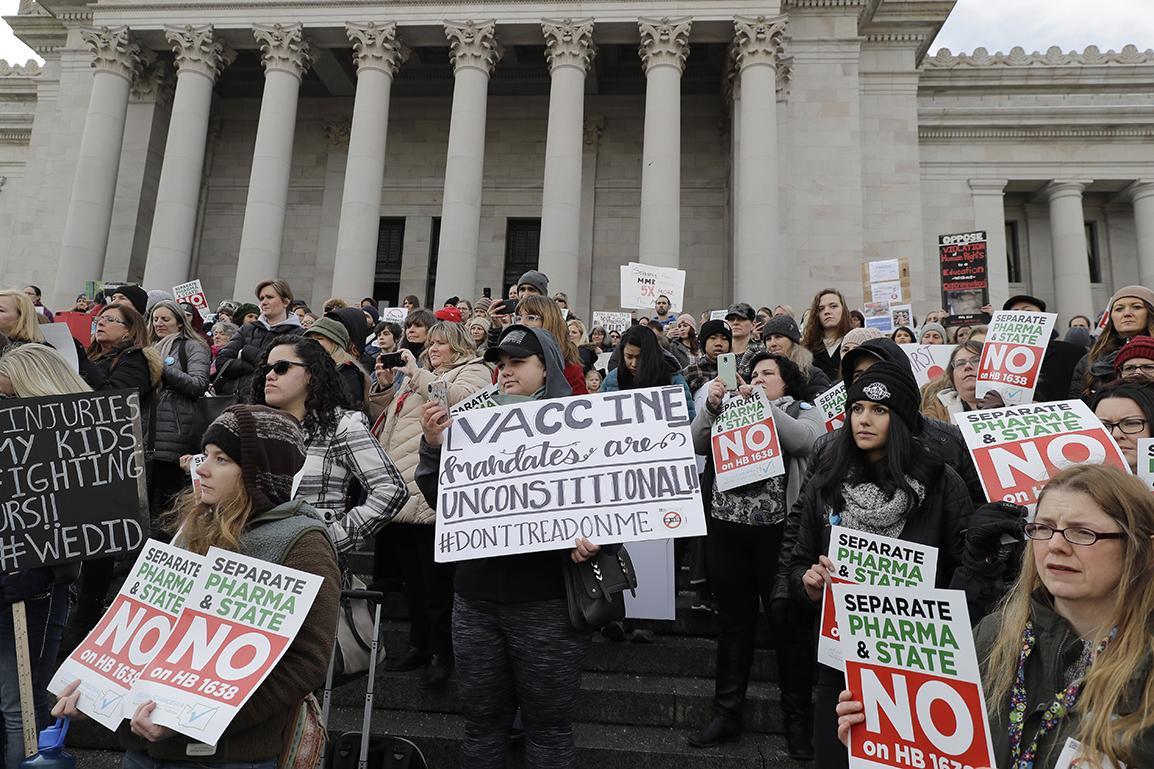 All states allow medical exemptions to school vaccine requirements, but some also allow parents to opt out for religious or philosophical reasons. “Some states are engaging in such wide exemptions that they’re creating the opportunity for outbreaks on a scale that is going to have national implications,” Gottlieb said.

Although measles rates in the United States remain low, the disease is popping up in areas with high numbers of unvaccinated children. Washington and Oregon are among 17 states that allow vaccine exemptions for personal, moral, or other beliefs. Washington has reported at least 62 cases of measles in the last few weeks, and Oregon has had four.

The Washington House of Representatives’ Health Care and Wellness Committee approved a bill that would end personal and philosophical exemptions in the state for the vaccine against measles, mumps, and rubella. An additional Senate bill would get rid of such exemptions for all school-required vaccines. California did away with personal belief vaccine exemptions for children in both public and private schools in 2015 after a measles outbreak affected 147 people and spread across the United States and into Canada. And Vermont nixed its personal belief exemption the same year.

A hundred cases of measles in a population of 320 million people does not constitute a public health emergency, said Barbara Loe Fisher, co-founder and president of the National Vaccine Information Center. “[These cases] should not be used to justify eliminating the legal right to exercise informed consent to vaccination,” she told Axios.

Measles can cause severe and potentially fatal complications, such as pneumonia and encephalitis. As many as 1 out of every 20 children who get measles develops pneumonia. —J.B. 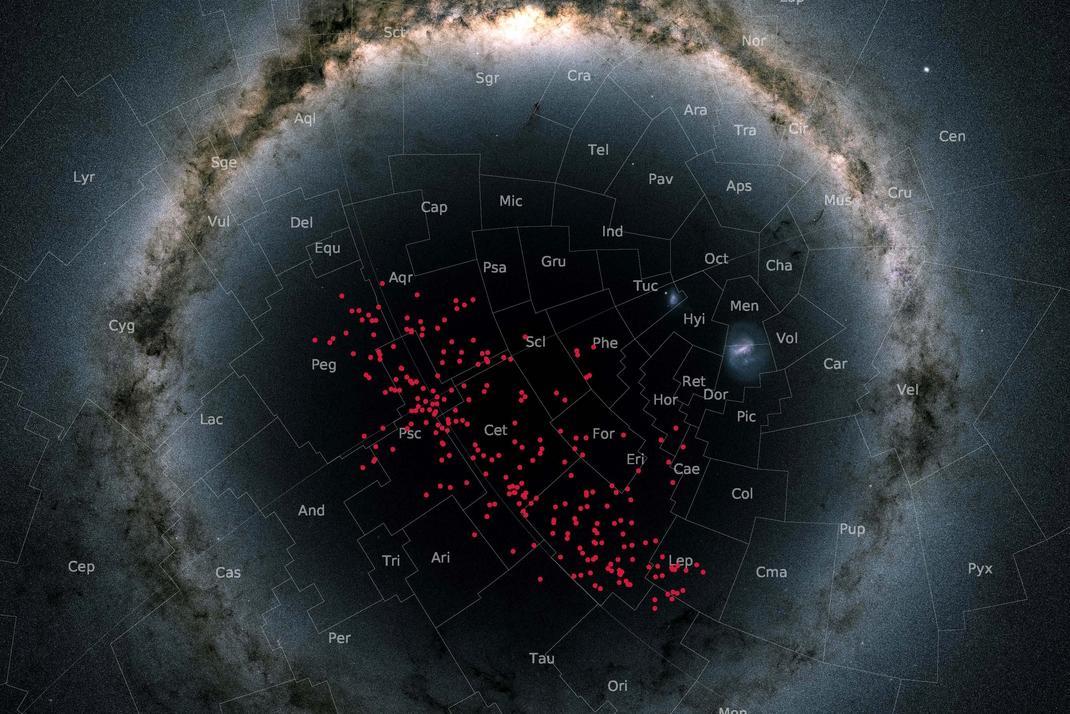 Astronomers in Vienna recently discovered a river of stars flowing near our galaxy. Most star streams don’t produce the gravitational glue necessary to keep them together, but according to a study published this month in Astronomy & Astrophysics, the newly discovered stream consists of at least 4,000 stars that have moved together since their birth.

Identifying star rivers is like looking for a needle in a haystack, João Alves, one of the researchers, said in a statement. Astronomers have looked at, and through, this system, which covers most of the night sky, for a long time but only now recognized it as a stream. “It is huge, and shockingly close to the sun,” he said.

Given enough time, the researchers said, the gravitational forces of the Milky Way will pull the stars apart and incorporate them into the rest of the galaxy. For now, the newly discovered system can serve to help astronomers measure the mass of the Milky Way and shed light on how galaxies acquire their stars. —J.B. 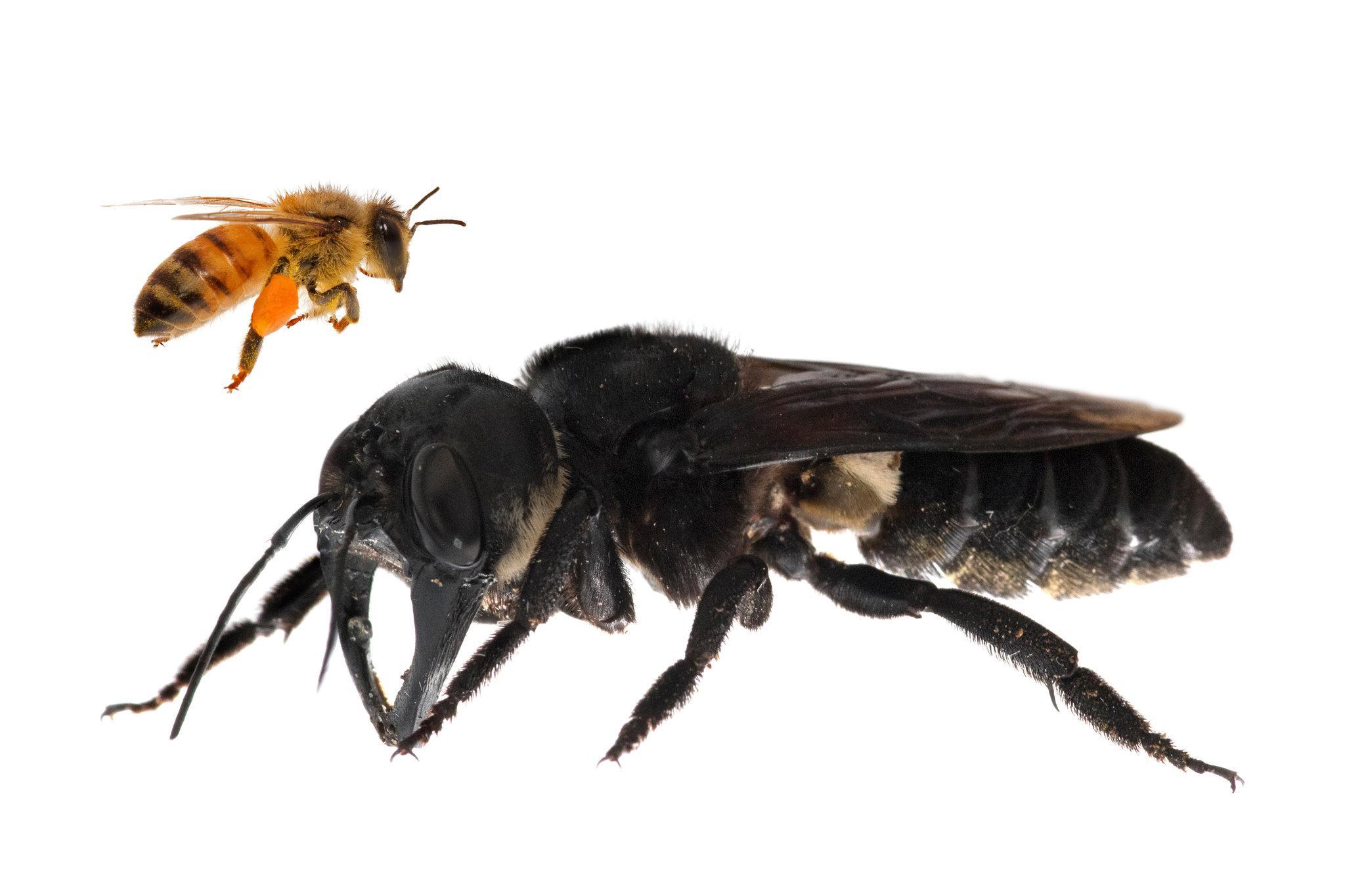 How does the world’s most mammoth bee hide for 38 years? Scientists don’t know for sure, but they were thrilled to rediscover it alive in January. The giant Wallace bee was last seen in 1981, causing some experts to believe it went extinct. But an international team of scientists found the insect living in a termite mound in Indonesia.

Alfred Russel Wallace, who independently formulated the theory of natural selection at about the same time as Charles Darwin, first described the bee named after him as “a large black wasp-like insect, with immense jaws like a stag-beetle.” It has a wingspan of 2.5 inches and is about the length of a human thumb.

“It was absolutely breathtaking to see this ‘flying bulldog’ of an insect that we weren’t sure existed anymore,” Clay Bolt, a natural history photographer on the research team, said in a statement. —J.B.

The genome of the great white shark, which scientists just finished decoding, may aid researchers in the quest to fight cancer and age-related diseases and improve wound healing treatments in humans. A group of scientists reported the advance in the journal Proceedings of the National Academy of Sciences last month. Great white sharks can grow up to 20 feet long and can weigh 7,000 pounds. But despite their massive size, they do not get cancer any more often than humans and possess a rapid wound-healing ability. —J.B.