The thorny road back to baseball

Players and executives make tough decisions about the season ahead

Yankee Stadium in the Bronx, N.Y., on March 26, what would have been opening day Associated Press/Photo by John Woike/Samara Media

After months of coronavirus lockdowns, baseball in July could be good medicine for Americans. But some players are opting not to participate in this year’s shortened season because of the ongoing risks of COVID-19.

Last week, Major League Baseball Commissioner Rob Manfred declared a 60-game season would take place after negotiations between the players union and MLB failed to come up with a better plan. Play will begin on July 23 or 24. Training camps start on Wednesday, primarily at the teams’ home ballparks. Postseason play is set to begin on Sept. 29, with Game 1 of the World Series scheduled for Oct. 20.

Whether fans can attend games depends on each state’s health guidelines. For players and staff, a 101-page manual lays out hygiene rules to prevent or monitor COVID-19 cases. New protocols include no high-fives or sharing equipment, and definitely no spitting.

The precautions did not satisfy the concerns of players such as Mike Leake, a pitcher for the Arizona Diamondbacks, and Ryan Zimmerman and Joe Ross of the World Series–champion Washington Nationals, who have confirmed they will not play this season. MLB said it would pay players who opted out if they had high-risk health conditions, but others—including Leak, Zimmerman, and Ross—will forgo their salaries.

Zimmerman, a two-time All-Star, said he would love to pursue back-to-back championships, “but given the nature of the season, this is the best decision for me and my family.”

Colorado Rockies outfielder Ian Desmond also announced on Monday he would sit out the 2020 season—and not just because of the pandemic.

“With a pregnant wife and four young children who have lots of questions about what’s going on in the world, home is where I need to be right now,” he wrote in an Instagram post, where he lists “Christian. Husband. Dad. Professional athlete” to describe himself in his profile. “Home for my wife, Chelsey. Home to help. Home to guide. Home to answer my older three boys’ questions about Coronavirus and Civil Rights and life. Home to be their Dad.”

Elsewhere, though, players are looking forward to getting back on the field.

“The excitement level is off the charts to finally have something going,” Minnesota Twins pitcher Taylor Rogers said.

Major League Baseball is divided into the American and National leagues, with teams in each league further divided into three mostly geographical divisions. To minimize travel this year, teams will play 10 games each against their four other divisional opponents. The remaining 20 games will be against teams in the corresponding division of the other league. For example, the National League Central Division St. Louis Cardinals will play the American League Central Division Kansas City Royals.

Rule changes include a designated hitter in both leagues instead of only in the American League and the placement of a baserunner on second base in each half-inning of extra innings.

Along with the challenge of keeping players and employees safe from the coronavirus, the sport has to reckon with calls to promote racial justice. Some players want the name and image of Kenesaw Mountain Landis, the sport’s first commissioner who presided over baseball’s segregation-era, removed from the NL and AL’s MVP plaques. Others have called for the removal of statues of known racists like Calvin Griffith, the former owner of the Minnesota Twins. Griffith once said he chose the team’s location in Minneapolis because so few African Americans lived there. The Twins took down a memorial to Griffith at Target Field earlier this month.

Manfred has to lead the sport through those thorny conversations while battling the public’s perception of players and owners as greedy and temperamental.

“We need to get back on the field, and we need to, in a less-charged environment, start to have conversations about how we—and the ‘we’ in that sentence is the commissioner’s office, my staff, the clubs and the [players’ union] and the players—can be better going forward,” he said. “We owe it to our fans to be better than we’ve been the last three months.” 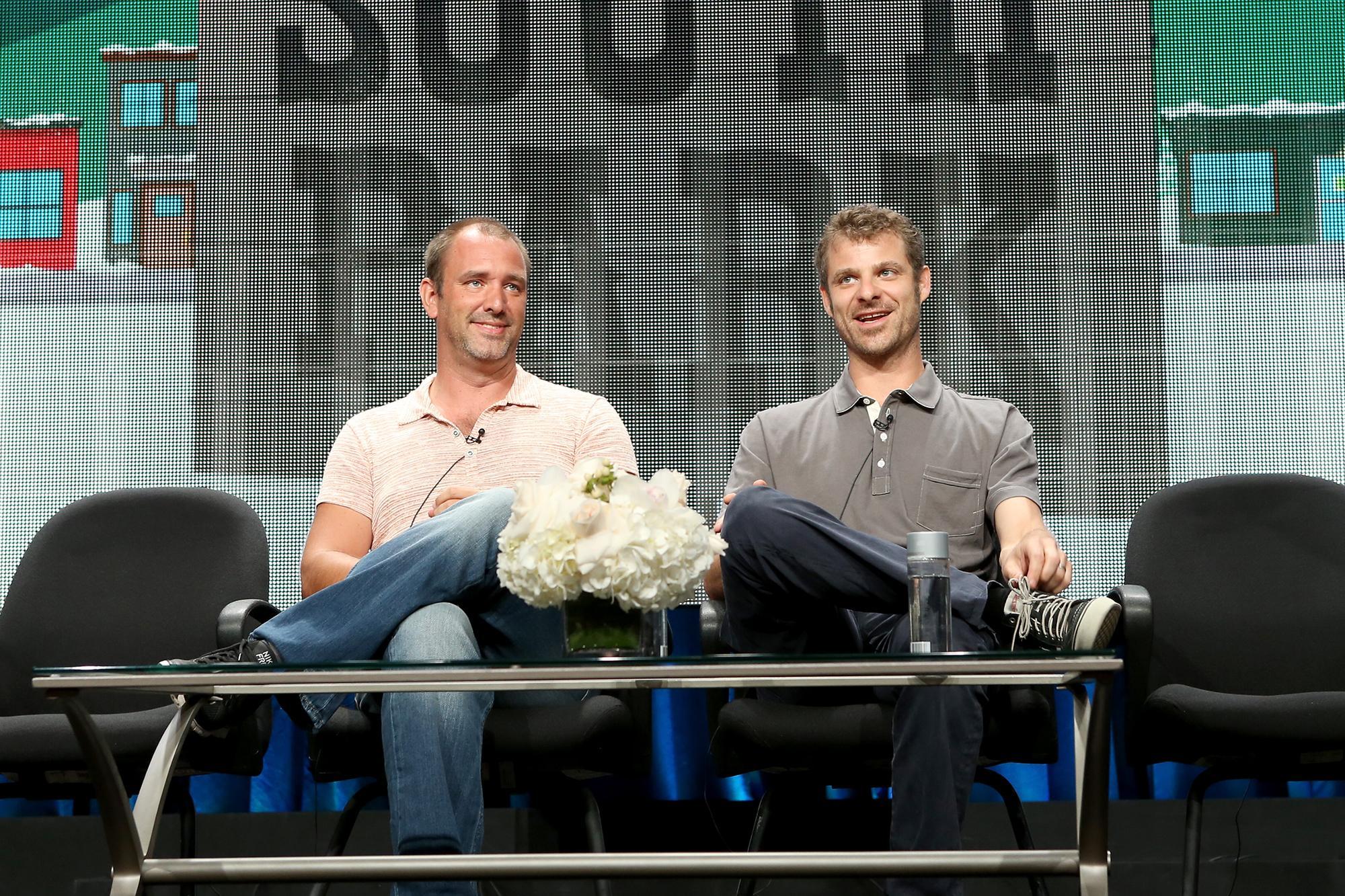 With newfound racial awareness, streaming services have scrubbed television episodes that show actors in blackface, cleaning up series such as The Office, 30 Rock, Community, and Scrubs. But they have censored South Park, perhaps the most offensive television program of all time, for a different reason.

Trey Parker and Matt Stone, the creators of the cartoon that airs on Comedy Central, have spent more than 20 years slaughtering America’s sacred cows with dark satire. The series mocks politics, religion, and pop culture using profanity, racial slurs, violence, and graphic images. Parker and Stone have more or less avoided accusations of prejudice and discrimination by offending everyone equally.

South Park landed on HBO Max on Wednesday after stints on Netflix, Hulu, Amazon Prime, and others. But in selling the rights to stream the series, Viacom, which owns Comedy Central, excluded five episodes that refer to or depict Islam’s Muhammad.

In a 2001 episode titled “Super Best Friends,” a cartoon Muhammad joins caricatures of Jesus, Buddha, Krishna, Lao Tzu, Moses, and Joseph Smith to save the world from a cult leader. At the time it aired, the episode didn’t cause much of a stir, but 2005’s violent protests over depictions of Muhammad in a Danish newspaper changed how media handled the issue.

In 2006, Parker and Stone criticized media self-censorship in two episodes titled “Cartoon Wars.” The characters of the South Park universe fought to allow depictions of Muhammad on their televisions. On the show, they won the fight, but in real life, Comedy Central censored the episodes by covering the images of Muhammad with black boxes.

In 2010, South Park revisited the theme in two episodes without depicting Muhammad. Certain celebrities went looking for Muhammad in an attempt to gain his superpower of being immune from criticism, but he was nowhere to be found. After those episodes, Parker and Stone received a “warning” (read: death threat) from an online Muslim group, and Comedy Central eventually pulled the episodes from its website and streaming deals. —Collin Garbarino

Israel wants to take a channel owned by an evangelical broadcaster off the air for allegedly proselytizing Jews. Democrats in Orange County, Calif., want to take John Wayne’s name off the airport—and remove a statue of him—because of racist statements he made, including saying he believed in white supremacy “until the blacks are educated to a point of responsibility.” New York’s Broadway theaters announced they will remain closed for the rest of the year because of the coronavirus pandemic. The NBA plans to paint “Black Lives Matter” on the courts it will use when it resumes games on July 30 at Walt Disney World Resort in Orlando, Fla. —Lynde Langdon