Caster Semenya during the Diamond League track meet in Doha, Qatar, on May 3 Associated Press/Photo by Kamran Jebreili

A new regulation effective this week bars elite track and field athletes with certain testosterone levels from competing in women’s races. The rule could end the career of a dominant force in female track and field—South African Olympic champion Caster Semenya.

In early 2018, the International Association of Athletics Federations (IAAF), the governing body of track and field, issued eligibility rules for female runners with 46 XY DSD, a category of disorders of sexual development in which individuals have ambiguous or female external genitalia but XY chromosomes and testes that produce testosterone levels equal to those of some men. The rule requires individuals with these rare genetic conditions to take medication to reduce their levels of testosterone to compete in the 400-meter, 800-meter, and 1,500-meter races at international athletic competitions.

Already established rules bar elite athletes from injecting or ingesting testosterone. The new regulation sets a maximum for female athletes with naturally elevated levels of testosterone. Most athletes with 46 XY DSD would exceed that maximum unless they took medication to lower the amount of the hormone in their bodies.

Semenya, 28, a two-time Olympic gold medal winner in the 800 meters, appealed the rule to the Court of Arbitration for Sport in Lausanne, Switzerland, in late 2018. “I just want to run naturally, the way I was born,” she said. A three-judge panel spent five days scrutinizing evidence in her case in February. Semenya’s attorneys argued the regulation has shoddy scientific backing and unfairly discriminates against her.

On May 1, the court issued a 2-1 ruling rejecting Semenya’s appeal and upholding the regulation. The court called the rule discriminatory but argued the discrimination was a “necessary, reasonable, and proportionate” means of achieving fair competition in female athletics.

The purpose of the male-female divide in sports competitions “is to protect individuals whose bodies have developed in a certain way following puberty from having to compete against individuals who, by virtue of their bodies having developed in a different way following puberty, possess certain physical traits that create such a significant performance advantage that fair competition between the two groups is not possible,” the court explained in an executive summary of the ruling. (The complete 165-page verdict is being kept confidential due to sensitive medical information about Semenya.)

Critics have decried the ruling as unfair and abusive to Semenya and other women with disorders of sex development. But supporters argue the ruling is a “victory for female athletes everywhere.” Writing for the online journal Quillette last week, Duke Law School professor and former 800-meter runner Doriane Coleman said natural testosterone levels are a good and proper way to separate male and female athletes for competition. Men have greater lean body mass, larger hearts, more ability to take in oxygen, and higher anaerobic capacity than women primarily because of exposure to higher testosterone levels during puberty. Coleman pointed to the fact that in 2017 alone, 15,000 boys and men clocked times faster than the female world champion in the 400-meter race.

The new IAAF regulation is a loud contradiction to a culture increasingly taken with the notion that sex is not binary and that individual perceptions should be the guiding principal for gender identity. “You tell the world who you are and the world has to deal with it,” Albert Mohler, president of The Southern Baptist Theological Seminary and a WORLD News Group board member, said on his podcast, The Briefing. “Except evidently the world’s not going to deal with it when it comes to international sports … because at least for now, the Olympics movement has decided that if it’s going to have male and female events it better have some kind of rough idea who is a man and who is a woman.”

Semenya has said she will not take medication to lower her testosterone levels. Unless the ruling is overturned, she won her final 800-meter race on May 3 in Doha, Qatar, days before the new rules became effective. The victory was her 30th straight win in the event since late 2015.

Semenya’s attorneys have 30 days to appeal the Court of Arbitration for Sports ruling to the Supreme Court of Switzerland in Lausanne. They have not yet said if they plan to do so. 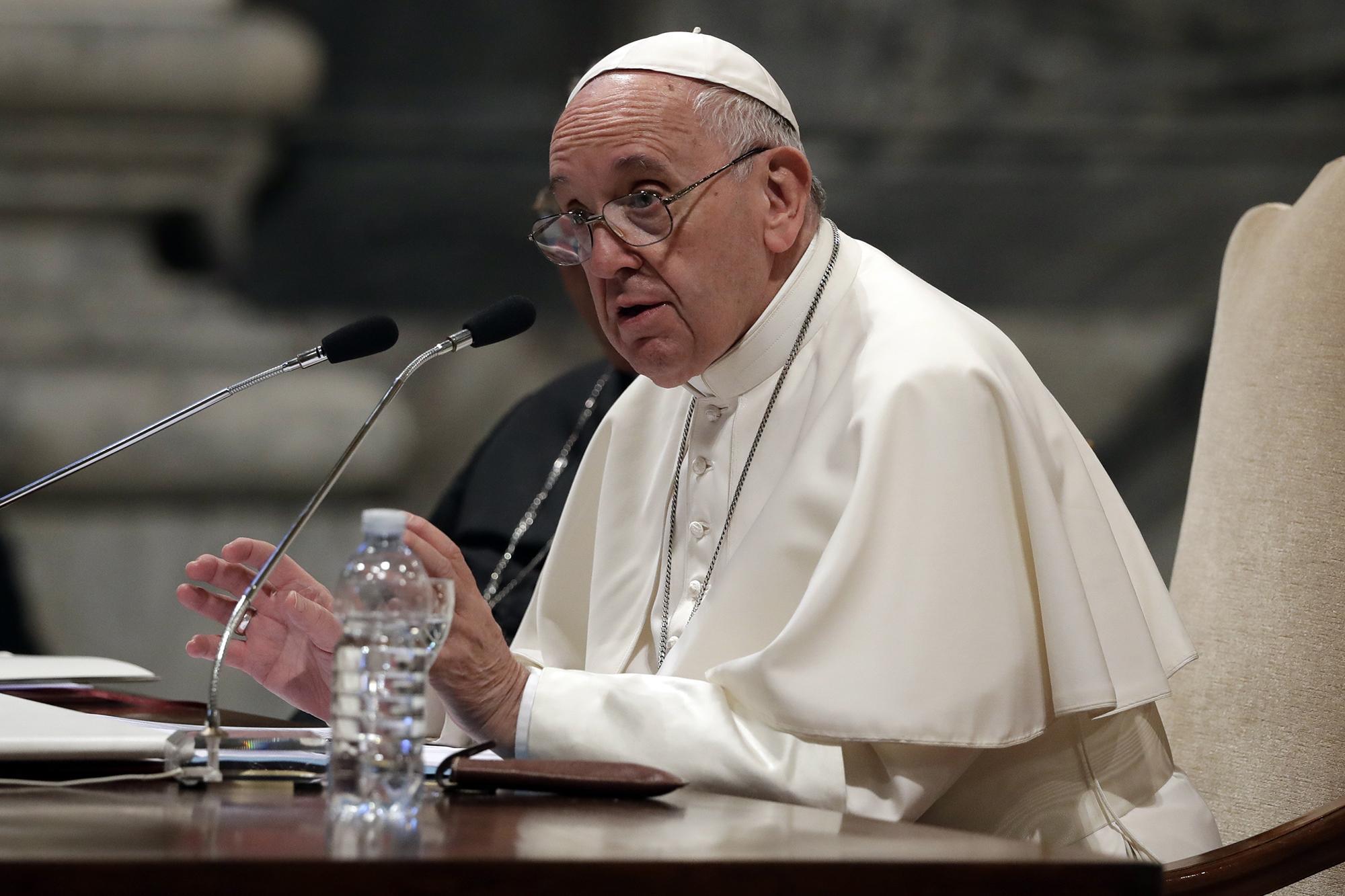 Pope Francis issued a new Catholic church law Thursday requiring all priests and nuns to report clergy sex abuse and cover-ups to church authorities. Priests and nuns must tell church authorities when they learn or have “well-founded motives to believe” a cleric or sister has engaged in sexual abuse of a minor, sexual misconduct with an adult, possession of child pornography, or that a superior has covered up any of those crimes. Previously, reporting was left to the conscience of individual priests and nuns.

The law provides whistleblower protections for anyone making a report and mandates that victims reporting abuse must be welcomed, listened to, and supported by the hierarchy. It outlines internal procedures for conducting preliminary investigations when the accused is a bishop, cardinal, or religious superior.

Critics, including victim organizations, argue the law does not go far enough because it keeps abuse investigations internal and does not require the crimes be reported to police. “Bishops watching bishops does not work,” said Anne Barrett Doyle of Bishop Accountability. The Vatican argues different legal systems around the world make universal reporting impossible and that imposing civil reporting could endanger the church in places where Catholics are a persecuted minority.

The procedures outlined by Francis will likely form a legal framework for U.S. bishops when they meet in Baltimore in June to adopt new accountability procedures. —K.C. 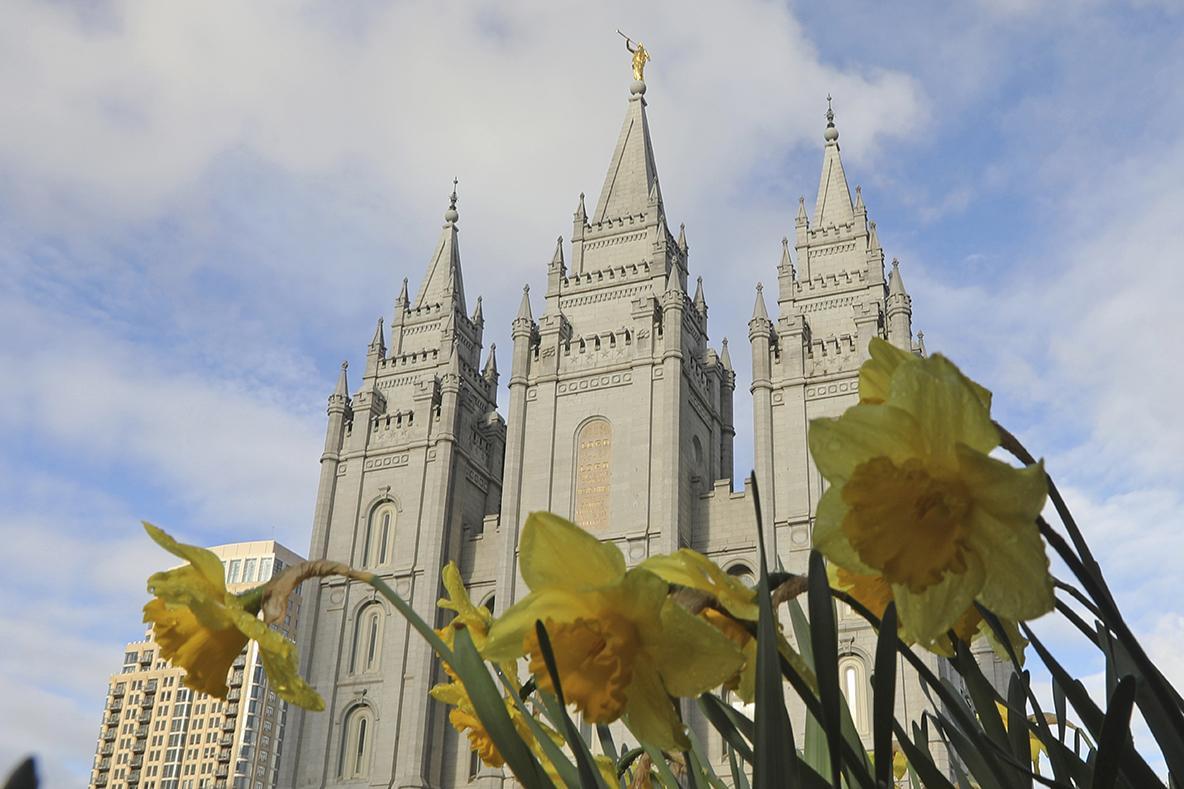 Mormon leadership announced updated rules Monday to let couples have more traditional public weddings with family and friends. The ceremony for Mormon marriage takes place inside a temple, where only members who have special permission can attend. In the past, couples were expected to undergo the temple ceremony, or sealing, before celebrating in public with a reception and brief ring ceremony, which was not supposed to mimic a wedding in any way. If the bride and groom chose to have a complete civic wedding, they had to wait one year before receiving their temple sealing.

Under the new rules, couples are allowed to have a civil ceremony complete with a bridal procession, vows, and rings, with any and all guests, and then have the temple rite with acceptable guests afterward.

The revision is the latest in a series of changes under the new leadership of Mormon President Russel M. Nelson, 94, including allowing baptisms for children of gay couples, shortening Sunday services by an hour, and revising temple ceremonies to give women a more prominent role. —K.C. 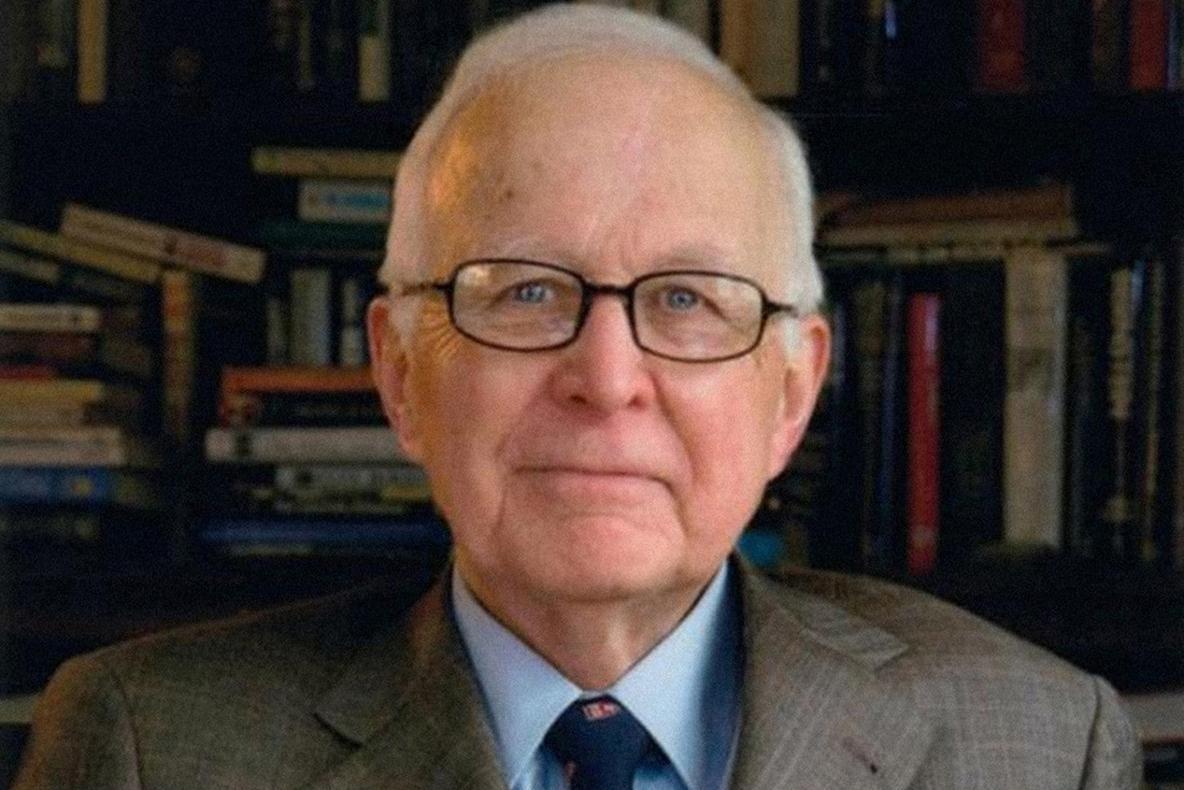 Still at John Hopkins today at age 88, he’s maintained his opposition to so-called gender-affirming treatment and authored reports condemning it as a harmful experimental therapy.

He told the Journal the possibility that he’s wrong doesn’t trouble him: “Either the plastic surgeons and the transgender psychiatrists are right and I’m wrong—and if that’s the case, they will have done a lot of good by opposing me, and I will have been a drag on the system—or the opposite. Suppose they’re wrong and I’m right? They will have mutilated thousands of children, and I will look good. Who do you think is sleeping better at night?” —K.C.

The right to a new name?

Attorneys in two states filed suits last week against laws that prohibit individuals from changing their legal names if they have certain criminal convictions. The laws are intended to protect victims and prevent individuals from hiding criminal records. But the federal lawsuits filed in Wisconsin and Illinois argue the laws violate the free speech rights of transgender people who face harm and ridicule because they cannot have their chosen names on their legal identification.

Wisconsin law bans registered sex offenders from changing their names, and Illinois law requires criminals to wait 10 years after completing their sentence. The suits seek to stop Wisconsin and Illinois from enforcing their laws. —K.C.

Walmart gets on board

Walmart announced this week that it will raise the minimum age to purchase tobacco products to 21 in July. The decision comes weeks after drugstore giants Walgreens and Rite Aid announced similar policies. But Walmart is going one step further: It said it will also stop selling fruit- and dessert-flavored vaping products in an effort to fight underage nicotine use. —K.C.