‘The terrorists had their fun with the martyrs’

Details emerge from Friday’s attack on Coptic Christians in Egypt

EGYPT: A terror attack Friday on a bus in Minya killed seven, including five members of one family, and injured 18. Security forces say they have killed 19 militants believed responsible for the attack, claimed by Islamic State. “The terrorists had their fun with the martyrs,” said 26-year-old witness Alfouns Saed. “They stopped the bus and took the passengers’ mobile phones then went inside and shot them.”

PAKISTAN: Islamic extremist party Muttahida Majlis- e-Amal plans a million-man march in Karachi on Thursday to protest the acquittal of Asia Bibi, the Christian woman whose blasphemy verdict was overturned by the nation’s Supreme Court last week. Three days of protests following the verdict left extensive property damage, police officers injured, and 1,100 arrested in Punjab province alone. Protests halted after the government imposed a travel ban on Bibi and agreed to review the case. Bibi’s lawyer during her 8-year court battle has fled the country, and her husband has appealed to Western leaders for asylum.

Christians meeting in small-group gatherings continued Sunday, and I received photos from a Pakistani pastor of a packed room of worshippers. “For the first time in my life I am a little afraid,” he said, “but our services continue.”

RUSSIA: At the heart of last month’s break between the Russian Orthodox Church and the ecumenical patriarch in Istanbul lies the ideological underpinnings for Russian President Vladimir Putin’s new nationalism, and its violent manifestations in eastern Ukraine and Crimea.

CHINA: New video shows just how very close a Chinese naval vessel was to the USS Decatur in provocation in international waters of the South China Sea on Sept. 30.

To have Globe Trot delivered to your email inbox, email Mindy at [email protected]. 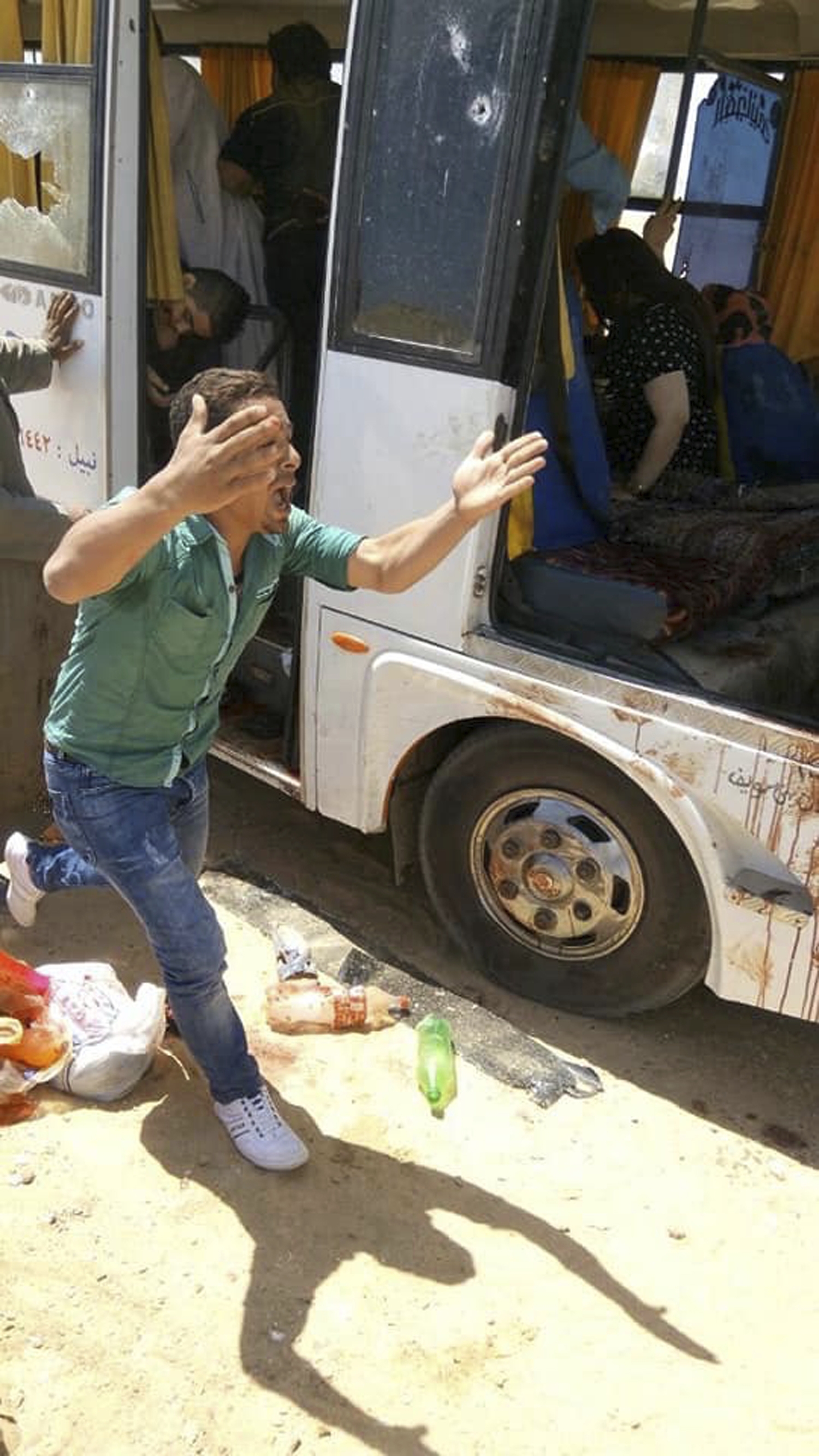 A man screams beside the bus carrying Coptic Christians that was attacked Friday in Egypt. Associated Press/Egypt’s Coptic Orthodox Church

Mindy wrote WORLD Magazine's first cover story in 1986 and went on to serve as international editor, editor, and now senior editor. She has covered wars in Syria, Afganistan, Africa, and the Balkans, and she recounts some of her experiences in They Say We Are Infidels: On the Run from ISIS with Persecuted Christians in the Middle East. Mindy resides with her husband, Nat, in Asheville, N.C.