The rise of polyamorous parenting

A Canadian court this week said it had granted three adults in a polyamorous relationship equal parenting rights to a child. The decision is reportedly the first of its kind in Canada, but sadly, it likely won’t be the last.

A Rolling Stone article late last year heralded the growing acceptance of polyamory—intimate, consensual relationships between three or more people—among millennials. Unlike polygamy or bigamy, polyamory is legal so long as the group remains unmarried. The article detailed the lives of nonmonogamous couples and so-called poly triads (or throuples), a growing population that argues for a seat at the table of modern sexual ethics.

Polyamory advocates contend humans are capable of consensual relationships between more than two people and that life is often better and richer as a result, an argument that has weak sociological footing, according to recent study review by Mark Regnerus of the University of Texas. Regnerus said studies show monogamy leads to economic flourishing, family stability, and greater equality between the sexes.

But people are buying into polyamory. A 2017 Gallup poll found 17 percent of Americans believed polygamy was morally acceptable, up from 7 percent in 2003. And what starts as redefining love and commitment eventually ends up redefining parenthood.

In the Canadian case, a woman in an unmarried, polyamorous relationship with two men since 2015 gave birth to a child, according to Canada’s Financial Post. The triad claimed the father was unknown. After the birth, the Newfoundland Ministry of Service refused to designate all three adults as parents because Canada’s Vital Statistics Act allowed only two parents on a birth certificate.

But in April, Justice Robert Fowler of the Newfoundland and Labrador Supreme Court overturned the lower court ruling and granted all three adults parenting rights.

“Society is continuously changing, and family structures are changing along with it,” said Fowler in his decision, released by the court Thursday. “This must be recognized as a reality and not as a detriment to the best interests of the child.”

Neither the court nor the polyamorous triad acknowledged that a DNA paternity test could easily identify the biological father. Fowler instead said that denying “dual paternal parentage” would not be in the child’s best interest. In so doing, he dismissed a growing mountain of sociological evidence finding the best thing for children is for their married, monogamous, biological parents to raise them.

James Lopez would know. In a 2015 article for Public Discourse, Lopez told his story of growing up in a home with his biological father, his biological mother, his father’s other female partner (also his mother’s best friend), and a stepbrother, a situation he described as “troubling and confusing.”

“Advocates of polyamory argue that having more than two parental figures is somehow valuable or good for children. My experience suggests this is not true,” Lopez wrote, describing feeling discomfort as a young child watching his father kiss and cuddle a woman who was not his mother.

But Lopez at least knew which woman was his biological mother. The Canadian triad intends to raise the child without knowledge of his or her biological father, a goal that will likely prove impossible as the child grows up and starts to look like one of the two men.

“Children have the right to be loved and nurtured by the two parents who helped create them,” Lopez concluded, noting children should grow up in an environment that is best for them, not one focused on fulfilling adult desires. “If the evidence shows that the best environment for children is the one provided by their mother and father, why willingly challenge this fact of life?” 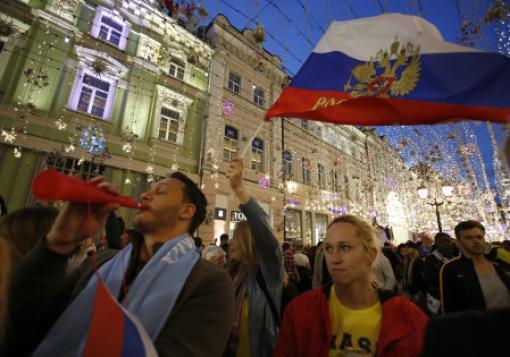 Russian officials reportedly cracked down on prostitution in the country’s 11 World Cup host cities leading up to this week’s kickoff. But anti-trafficking activists warned relaxed visa rules to promote World Cup tourism would also encourage human trafficking. For the 10 days before and after the monthlong tournament, visitors are required only to have a game ticket to enter the country.

“The World Cup is a gift for traffickers,” Yulia Siluyanova of Alternativa, a Moscow-based anti-slavery organization, told The Moscow Times. Siluyanova said trafficking increased during last year’s FIFA Confederations Cup tournament in Russia, when the new visa system was piloted. Most of the women brought to Russia are from West Africa, post-Soviet states, and Southeast Asia, Siluyanova said, noting the World Cup could see the number of victims arriving soar.

Nigerian officials in May said they intercepted plans to traffic Nigerian women to Russia for the World Cup, according to Reuters. Last weekend, officials at Lagos’ main airport stopped 10 Nigerian children from flying to Russia with suspected traffickers. Five more potential victims, also children, were stopped from leaving because they only had one-way tickets to Russia. —K.C. 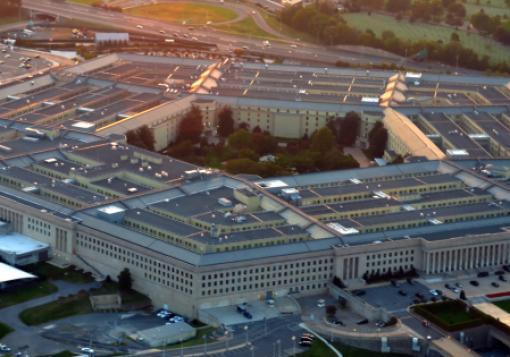 Pentagon leaders did not formally recognize LGBT Pride Month this year, breaking a six-year tradition since President Barack Obama repealed the military’s “don’t ask, don’t tell” policy. In the past, the Department of Defense circulated a memo at the beginning of June endorsing the observance and encouraged personnel to hold LGBT pride events.

Despite an official lack of support, an LGBT employee group at the department, DoD Pride, still held an event Monday. Unlike past years, no high-level department leaders made public remarks. —K.C.

In honor of Father’s Day this week, a meta-analysis of 34 studies on fatherhood found involved fathers make irreplaceable contributions to parenting their children, better prepare kids for life, and reduce delinquency and substance abuse. —K.C.

This is so emotionally destructive to  children.  There are bound to be bonding issues.  If they happen to successfully bond with two of the parents, how will the third parent respond?  Whether  he/she tries to force a relationship or lashes out in anger, the end result will be abuse which will color  the child’s relationships his entire life.  I would encourage Mr. Lopez to keep telling his story.  People need to hear the truth.

I suspect that’s exactly what the court is alluding to when it says family structures are changing and “This must be recognized as a reality and not as a detriment to the best interests of the child.” There are a growing number of scholars and change agents who take the view  children belong to the state.  Children don’t stop being chattel the minute they reach adulthood.  I believe that’s called slavery.  And the arguments being used are very similar to the arguments southern slaveholders used to justify their system.