The reality of abortion regret

A study tries to downplay the emotional toll on women

Seven years after her abortion, Pat Layton was driving down an interstate highway in Florida when she burst into tears. The Christian talk show playing on her car radio featured women talking about their abortions. They mentioned their struggles with drugs, alcohol, anger, depression, and shame. Layton had experienced all of those problems and she was finally realizing that they stemmed from her abortion as a college student in 1977.

“The whole reason that I had wanted an abortion was to be independent and to have a good job,” Layton said. “I had actually accomplished what I had wanted.”

But she was miserable. It took seven years for Layton to realize her abortion was causing her pain.

Now researchers are trying to dismiss the pain women like Layton have experienced. Last week, the academic journal Social Science & Medicine published a study that claimed post-abortive women feel more relief than regret in the years after their abortions. Researchers, led by Corrine H. Rocca of the University of California, San Francisco, followed up with 667 women who had abortions, tracking their emotions from one week to five years after the procedure.

“We found no evidence of emerging negative emotions or abortion decision regret,” the study claimed. In its conclusion, the paper argued that its findings challenge pro-life laws that regulate abortion access on the basis of protecting women’s emotions. But stories like Layton’s challenge those conclusions. She has since written Surrendering the Secret, an abortion recovery Bible study used across the country. Layton said her abortion recovery began that day she was driving on the highway.

Pamela Whitehead, executive director of ProLove Ministries, said it took her a decade to identify the effects of terminating her pregnancy. Just days after her abortion in 2001, the 9/11 terrorist attack happened, and she buried her grief. In the following years, she attempted suicide, became addicted to drugs, and lived in a homosexual relationship even though she wasn’t a lesbian. It wasn’t until 2011 that Whitehead realized her abortion had been the “precipitating factor” of her self-destructive decisions. “I could trace it back to that event,” she said.

Even though people in Whitehead’s life had encouraged her to abort her baby, she struggled with sorrow and shame for years. “Ask [the women] in five more [years] and see where they stand,” she said, referring to the women in the UCSF study.

In contrast to the study’s findings, Whitehead said her emotions resulted directly from her abortion.

“It was something that was coming from within,” she said. “Once I became aware of the truth of science … I had to reconcile with the fact that I had played a part in killing this child. I’m the one that has to live with that.”

Whitehead and Layton both noted the study looked at a limited number of women. The report said only 37.5 percent of the women asked to participate in the study consented, and even fewer completed it. The final number of women, Whitehead said, represented less than .01 percent of the total number of women who have abortions every year. Layton pointed out that women who experienced any trauma or shame related to their abortions were the least likely to participate in such a study.

Other research verifies the negative post-abortive experiences of women like Whitehead and Layton. A 2018 literature review examined past studies that addressed the effects of abortion on the mental health of women. “The association between abortion and higher rates of anxiety, depression, substance use, traumatic symptoms, sleep disorders, and other negative outcomes is statistically significant in most analyses,” the review found.

Another study published in 2017 surveyed post-abortive women, most of whom had sought abortion recovery services at pregnancy care centers. Of the 987 women who participated, 67.5 percent said they visited a psychiatrist, psychologist, or counselor after their first abortion—a significant increase from the 13 percent who already received mental health services before the abortion. The researchers also found an increase in the percentage of women who used prescription drugs for mental health following their abortions.

But the conclusions of the UCSF study downplay these negative mental health effects of abortion. The resulting data puts vulnerable women––and unborn babies––at serious risk while propping up the argument that abortion is justifiable.

“It’s nothing but somebody’s wasted time trying to justify abortion and trying to make it look like it doesn’t hurt women,” Layton said. 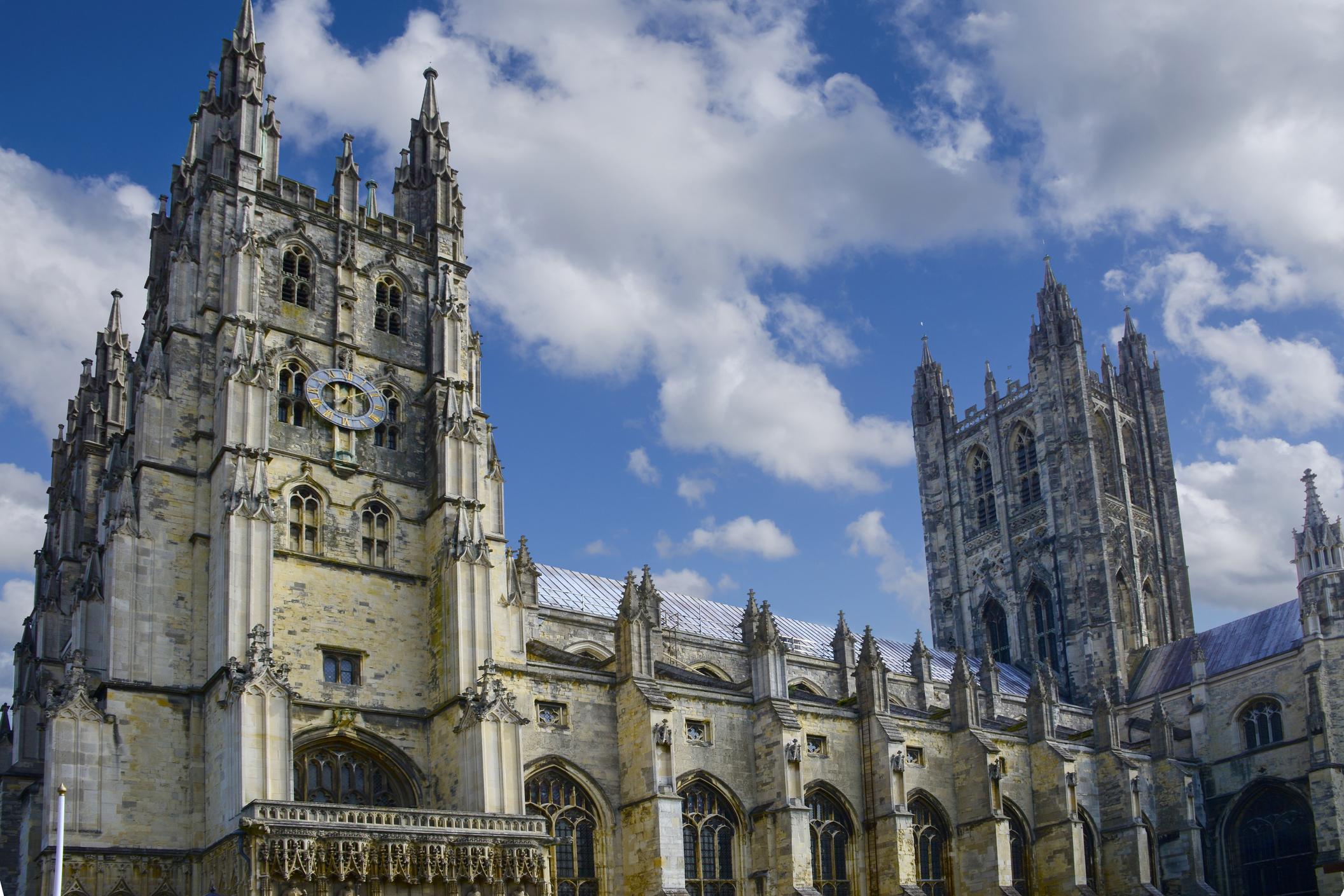 Mexico: Scientists paid dozens of women in Puerto Vallarta $1,400 each to undergo artificial insemination, resulting in unborn babies that were either flushed out of their body and analyzed for research or left in their wombs and aborted. Researchers said the study, published in the journal Human Reproduction, enabled them to test a new method that could lead to cheaper in vitro fertilization techniques. Embryos from the study resulted in five pregnancies, three healthy babies, and an unnamed number left frozen. Laurie Zoloth, a bioethicist at the University of Chicago, called the study “disturbing” and “unethical”: “What this essentially does is use the woman’s body as a petri dish.”

Switzerland: A convicted child rapist in Switzerland wants to end his life using assisted suicide rather than fulfill his lifelong prison sentence. Peter Vogt, 69, has been imprisoned since 1996 for numerous violent sexual assaults against women ages 10 to 56. In 2018, he applied to Exit, a Swiss assisted suicide facility, to obtain lethal drugs to end his life, citing his kidney and liver problems. “It is natural that one would rather commit suicide than be buried alive for years to come,” he wrote. Swiss law bans euthanasia for “selfish reasons,” and while Vogt’s request has not been granted so far, authorities reportedly sought input from the Center of Expertise in Prison and Probation, which approved allowing prisoners to have access to assisted suicide.

Singapore: An abandoned baby found in a trash bin drew widespread sympathy and calls for adoption in the city-state grappling with a low birthrate. Trash collectors found the crying baby in a bloody plastic bag while clearing debris at the end of a trash chute at an apartment building. Authorities have not identified the parents of the child, but six women have already written to The New Paper requesting to adopt the baby, and others have inquired with child protective services. The number of births in Singapore fell to an eight-year low in 2018, giving it one of the lowest fertility rates globally, according to data obtained by Reuters.

England: The Church of England last week distanced itself from a ceremony at the Canterbury Cathedral in which one of Britain’s most prominent abortion advocates received an honorary doctorate. The University of Kent recognized Ann Furedi, president of the United Kingdom’s largest abortion provider, during a ceremony in November. Cathedral officials said the house of worship acted only as a venue and they did not have any other involvement in the event. —Mary Jackson 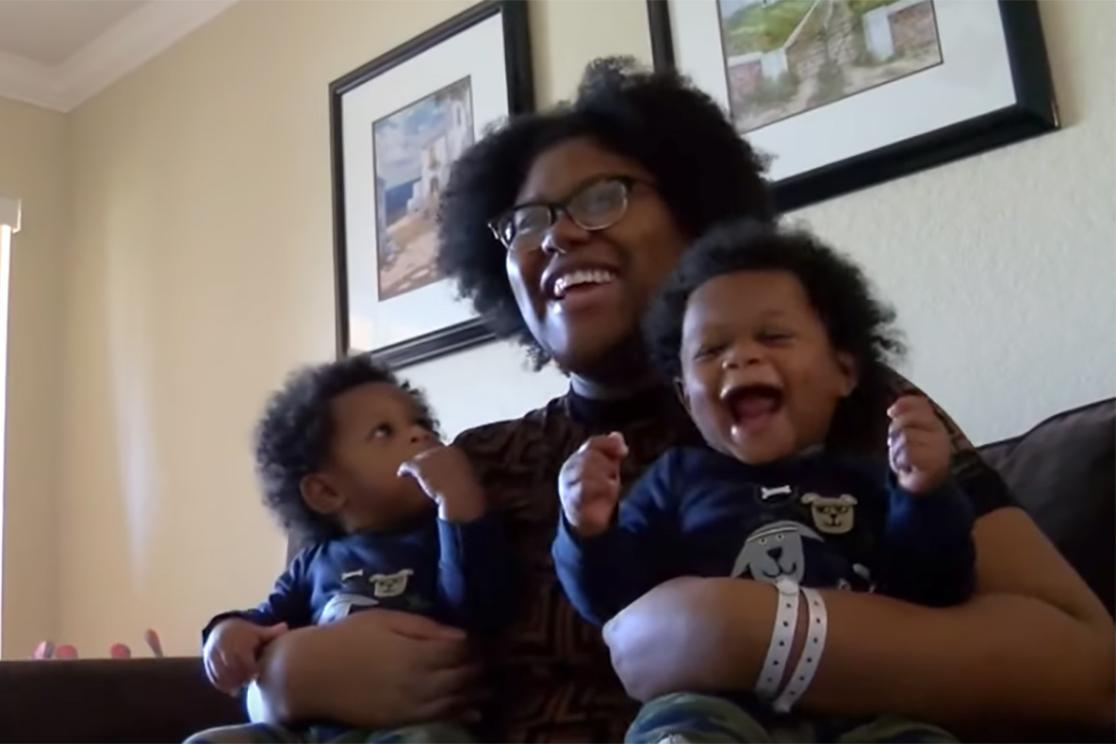 A Florida mother said she hit the “twin lottery.” Alexandra Wolliston, who lives in West Palm Beach, birthed two sets of twins last year without undergoing in vitro fertilization. Her first set of twins, boys Mark and Malakhi, were born in March. Then, just a few months later, she found out she was expecting twins again. Kaylen and Kaleb were born Dec. 27.

Wolliston told WPTV-TV she recently learned both her grandmothers had twin boys and all four died during childbirth. “I always say that I feel like my grandmothers gave me their kids,” Wolliston said. “I feel like they just sent them down for me.” —M.J.