College affordability begins at home, not in Washington

But a look at the costs and benefits of college shows students and their families could easily make necessary changes on their own to keep college affordable and make sure it readies a young adult for the future.

Americans have a total of $1.5 trillion in student debt. Some estimates put the average individual student debt load at $38,000, making it one of the more significant financial burdens that families shoulder. Numerous studies have revealed that the types of schools that tend to produce the highest debt do not guarantee a student’s future success. Expensive “dream schools” too often lead students and their families to take on more loans than they can repay.

Lynn O’Shaughnessy, the author of The College Solution, described how parents and students believe the fantasy that a particular school will unlock a prosperous future. “Because somehow these are magical schools,” she said. “If your child gets in, their lives will be paved with gold.”

The psychology of scarcity, or the idea that something in limited supply has more value, often fuels that perception. The nation’s most selective schools admit less than 10 percent of those who apply, according to a Pew Research Center analysis of U.S Department of Education data. Those schools include high-demand, elite institutions such as Stanford, Yale, and UCLA—all schools involved in this year’s college admissions scandal. Parents placed such a high value on a particular school that they committed felonies to secure their child’s place. Actress Felicity Huffman reported to a federal prison in California on Wednesday to begin serving a 14-day sentence for paying someone to alter her daughter’s SAT score.

Elite schools are the exception, not the norm. Out of more than 1,300 schools Pew surveyed, only 17 fell in that category. The overwhelming majority of schools admit the majority of students who apply. That means that choices abound, and prospective college students should have little difficulty finding competitively priced options.

Picking the right major matters much more than picking the right school, according to personal finance columnist Liz Weston: “In reality, the colleges your kids attend matter far less than the majors they choose, and multiple studies have shown elite schools don’t offer any extra payoff for most graduates. Inflated expectations can even lead to worse outcomes, including higher dropout rates.”

Researcher and head of the nonprofit organization Educate to Career Paul Hill agreed: “A kid with a degree in cybersecurity is going to come in at three times the salary of someone who graduated from Harvard with a soft degree, you know, liberal arts, humanities, whatever. The skill set is what matters, not the name [of the school] on the diploma.”

Hill compiled and analyzed millions of college admission and student loan records to draw his conclusions, adding to a growing body of research that shows no strong correlation between a brand-name school and increased post-graduate opportunities.

That’s a hard pill to swallow, particularly for the 51 people charged in the college admissions scandal. In each of those cases, the single-minded pursuit of an ultra-selective school led to felonious actions.

“Parents get fixated on getting their kid into the best school possible,” Hill said. “They’re setting themselves up for frustration.” 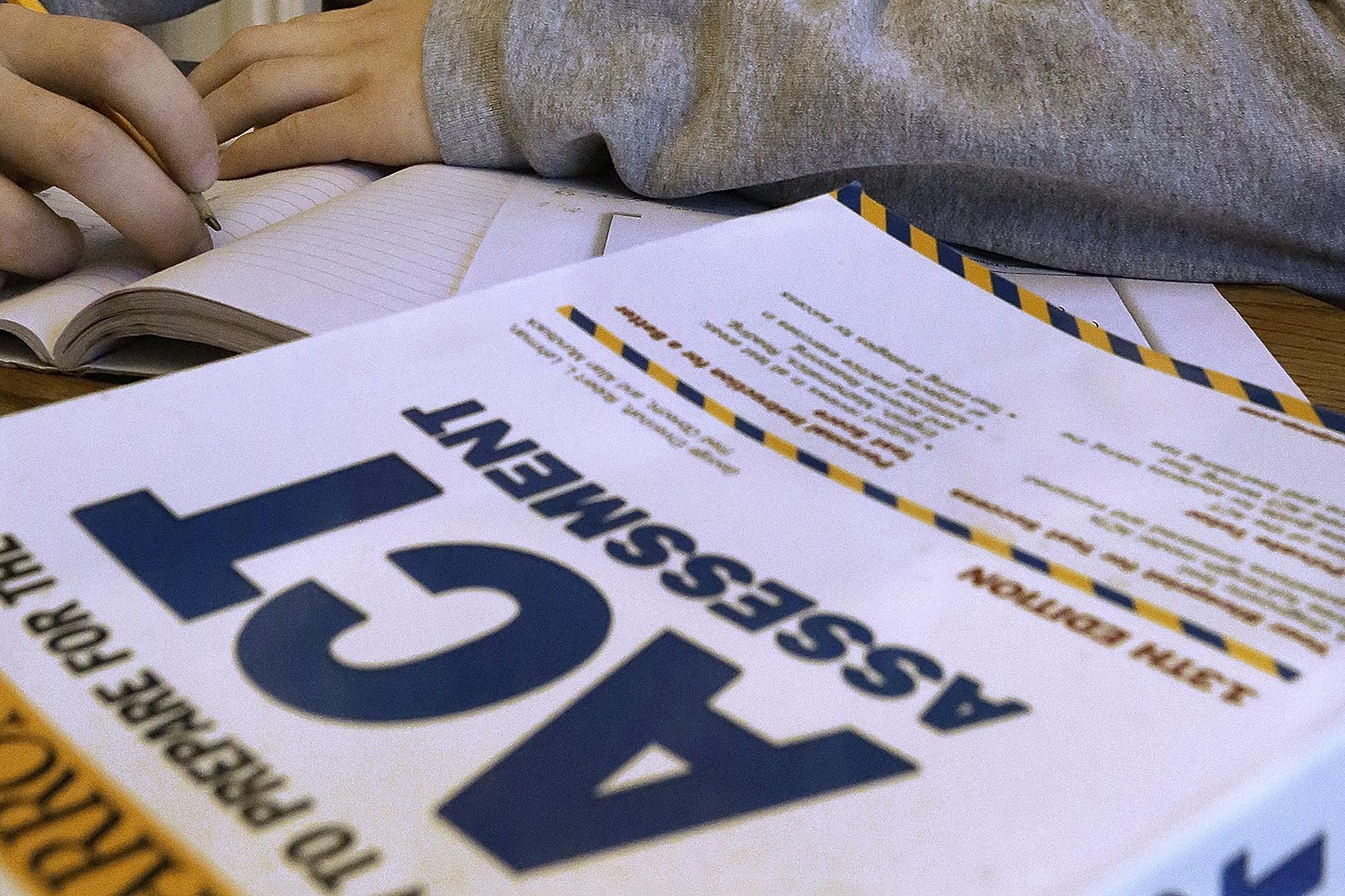 Officials at ACT announced last week that starting next September, students may retake four of the five individual portions of the college aptitude test. Students will get a new composite result if the score on the sections retested improves from before. If not, the company will keep the previous score. Until the change takes effect, students who want to improve their overall scores must continue to take the entire test again.

For years, the ACT has competed for market share against the College Board’s SAT, which boasts about 2.1 million test-takers each year compared to the ACT’s 1.9 million. Combined with plans to expand access to online ACT testing, the changes could produce an influx of revenue for the company. But with many of the nation’s colleges and universities dropping requirements for the SAT and the ACT from their admissions processes, the changes might not ensure the test’s continued relevance in college admissions —L.E. 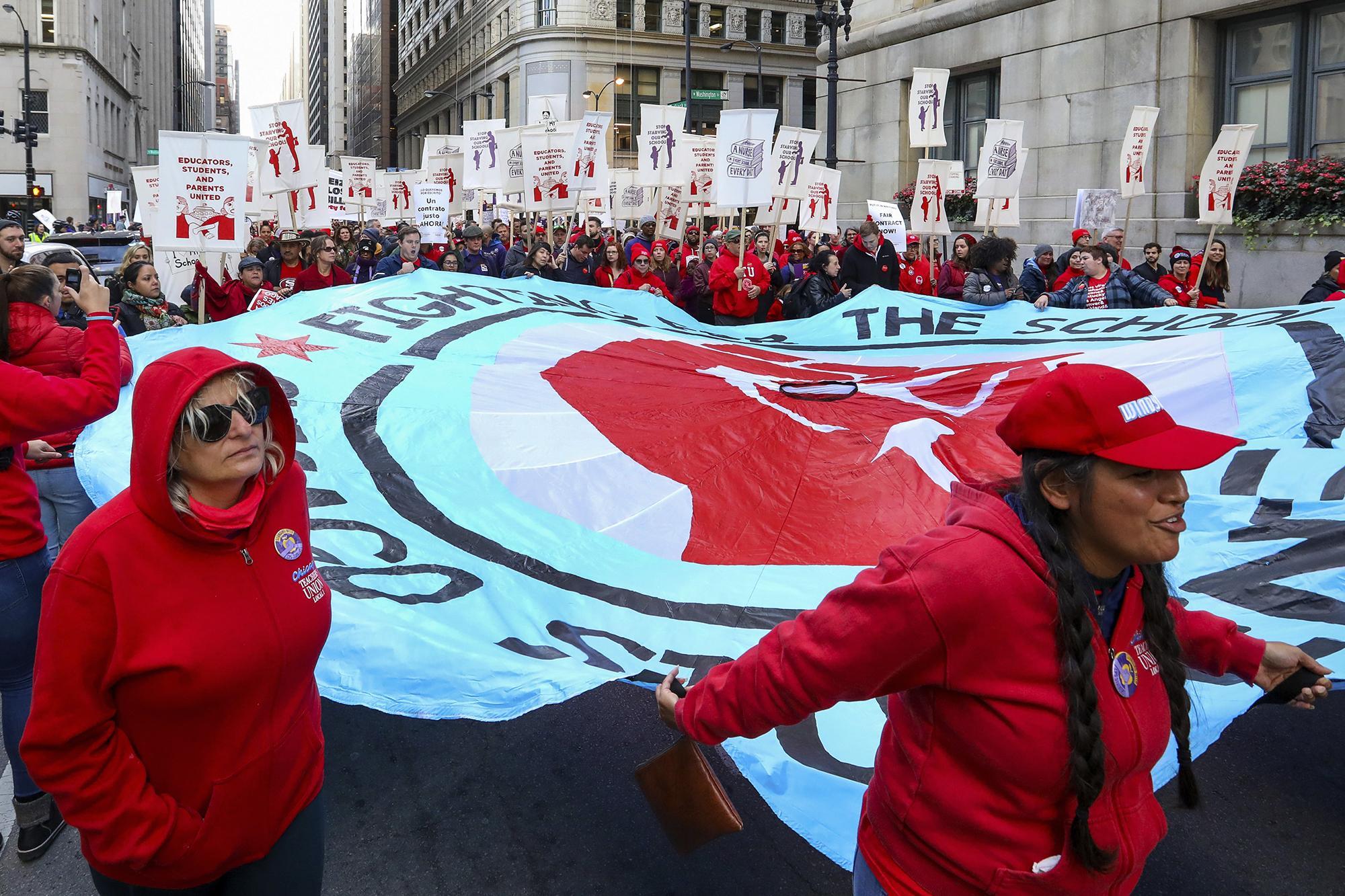 School’s out in Chicago

Chicago Mayor Lori Lightfoot announced Wednesday that all of the city’s public schools will close Thursday in anticipation of a teachers’ strike. The strike was originally slated to begin Friday, but the mayor, who is a Democrat, said an impasse at the bargaining table this week made it almost certain teachers would walk out a day earlier than planned.

The city claims it offered a 16 percent pay raise over five years plus contract language that addressed numerous union demands, including class sizes and support staffing levels for nurses, social workers, and librarians.

But union officials disputed Lightfoot’s characterization of the city’s proposals, saying the class size offer, in particular, fell short of what was needed. The teachers’ last contract expired in June.

The strike will put 400,000 students out of school for an indefinite number of days. —L.E.

The U.S. Department of Education announced last week it would continue to fund the Duke-UNC Consortium for Middle East Studies provided it makes strides to present more balanced and diverse viewpoints. The department initiated an investigation of both Duke University and the University of North Carolina at Chapel Hill in August, questioning the Middle Eastern studies program’s positive portrayal of Islam against a void of corresponding information on other prevalent religions in the Middle East, including Christianity and Judaism. The taxpayer-funded program also came under fire for events that purportedly displayed anti-Israel bias and even blatant anti-Semitism.

In a letter last week to the schools, Assistant Education Secretary Robert King explained the department would release this year’s funding but remain watchful of ideological bias in the program. “We are simply encouraging the consortium to offer more perspectives, not fewer, in accordance with the law,” he wrote. —L.E.

Maine hogs may pig out on school cafeteria leftovers thanks to newly passed legislation. While not a new practice, the bill clears up some confusion that had developed over whether schools could off-load their food scraps on local pig farmers.

“In Maine, that was a common practice when I was growing up. Hog farmers would come to the back door and take the waste at the end of the day,” said one of the bill’s sponsors, state Sen. Stacey Guerin, a Republican. “I’m glad school administrators can do that with confidence now, without fear of breaking the law.” —L.E.