An imagined Q-and-A with Walter Lippmann

We’re hearing lots of pessimistic talk about the state of media and public opinion in America, with the suggestion that we’re in worse shape now than ever before. Much of that concern is warranted, but I should point out that it’s nothing new. Walter Lippmann, one of the founders of The New Republic in 1914, was an influential journalist and columnist for more than half a century, with unofficial titles like “the father of modern journalism.”

Lippmann gave up his syndicated column in 1967 and died in 1974 at age 85. What follows is some of Lippmann’s early thinking, mostly from a 1919 article on “The Basic Problem of Democracy” and his 1913 book, A Preface to Politics. I imagined interviewing him, as I imagined in 2007 interviewing Flannery O’Connor. All the words in the answers are Lippmann’s own, placed in the form of answers to my boldfaced questions. You’ll see that concern about “fake news” is nothing new.

Do our “cancel culture” tendencies concern you? From our recent experience it is clear that the traditional liberties of speech and opinion rest on no solid foundation. … Suppression is felt, not simply by the scattered individuals who are actually suppressed. It reaches back into the steadiest minds, creating tension everywhere; and the tension of fear produces sterility. Men cease to say what they think; and when they cease to say it, they soon cease to think it. They think in reference to their critics and not in reference to the facts.”

So much of what we read seems to be secondhand information, often based on hearsay … The world about which each man is supposed to have opinions has become so complicated as to defy his powers of understanding. What he knows of events that matter enormously to him, the purposes of governments, the aspirations of peoples, the struggle of classes, he knows at second, third, or fourth hand. He cannot go and see for himself. Even the things that are near to him have become too involved for his judgment.

Who has the expertise we need? I know of no man, even among those who devote all of their time to watching public affairs, who can even pretend to keep track, at the same time, of his city government, his state government, Congress, the departments, the industrial situation, and the rest of the world. What men who make the study of politics a vocation cannot do, the man who has an hour a day for newspapers and talk cannot possibly hope to do. He must seize catchwords and headlines or nothing.

What effect do the worldviews of editors have? When the report does reach the editor, another series of interventions occurs. The editor is a man who may know all about something, but he can hardly be expected to know all about everything. Yet he has to decide the question which is of more importance than any other in the formation of opinions, the question where attention is to be directed. … The news of the day as it reaches the newspaper office is an incredible medley of fact, propaganda, rumor, suspicion, clues, hopes, fears, and the task of selecting and ordering that news is one of the truly sacred and priestly offices in a democracy. … Once you know the party and social affiliations of a newspaper, you can predict with considerable certainty the perspective in which the news will be displayed.

Sounds like groupthink? Why the editor is possessed by a particular set of ideas is a difficult question of social psychology, of which no adequate analysis has been made. But we shall not be far wrong if we say that he deals with the news in reference to the prevailing mores of his social group. These mores are of course in a large measure the product of what previous newspapers have said.

Is international news and analysis particularly likely to be made up? If I lie in a lawsuit involving the fate of my neighbor’s cow, I can go to jail. But if I lie to a million readers in a matter involving war and peace, I can lie my head off, and, if I choose the right series of lies, be entirely irresponsible. … Most people seem to believe that, when they meet a war correspondent or a special writer from the Peace Conference, they have seen a man who has seen the things he wrote about. Far from it. Nobody, for example, saw this war. … What the correspondents saw, occasionally, was the terrain over which a battle had been fought; but what they reported day by day was what they were told at press headquarters, and of that only what they were allowed to tell.”

Hard to trust what comes out of countries that are dictatorships? The plain fact is that out of the troubled areas of the world the public receives practically nothing that is not propaganda. Lenin and his enemies control all the news there is of Russia, and no court of law would accept any of the testimony as valid in a suit to determine the possession of a donkey.

In domestic news, does it often seem that we just get the view from big cities and big organizations? It is easy to parrot what those people say who live in a few big cities and who have constituted themselves the only true and authentic voice of America. But beyond that it is difficult. ... It is possible, with effort, much more effort than most people can afford to give, for me to know what a few organized bodies like the Non-Partisan League, the National Security League, the American Federation of Labor, and the Republican National Committee are up to; but what the unorganized workers, and the unorganized farmers, the shopkeepers, the local bankers and boards of trade are thinking and feeling, no one has any means of knowing.

We get lots of opinion but not much street-level reporting? Men who have lost their grip upon the relevant facts of their environment are the inevitable victims of agitation and propaganda. The quack, the charlatan, the jingo, and the terrorist, can flourish only where the audience is deprived of independent access to information. But where all news comes at second-hand, where all the testimony is uncertain, men cease to respond to truths, and respond simply to opinions. The environment in which they act is not the realities themselves, but the pseudo-environment of reports, rumors, and guesses. The whole reference of thought comes to be what somebody asserts, not what actually is.

We operate high up on the ladder of abstraction? Between us and the realities of social life we build up a mass of generalizations, abstract ideas, ancient glories, and personal wishes. They simplify and soften experience. It is so much easier to talk of poverty than to think of the poor, to argue the rights of capital than to see its results. Pretty soon we come to think of the theories and abstract ideas as things in themselves. We worry about their fate and forget their original content.

When rumors abound, is one result the madness of crowds? From bewilderment to panic is a short step, as everyone knows who has watched a crowd when danger threatens. At the present time a nation easily acts like a crowd. Under the influence of headlines and panicky print, the contagion of unreason can easily spread through a settled community.

Demagogues reign? Leadership passes by a swift degradation from a Mirabeau to a Robespierre. … The cardinal fact always is the loss of contact with objective information. Public as well as private reason depends upon it. Not what somebody says, not what somebody wishes were true, but what is so beyond all our opining, constitutes the touchstone of our sanity. And a society which lives at second-hand will commit incredible follies and countenance inconceivable brutalities if that contact is intermittent and untrustworthy. Demagoguery is a parasite that flourishes where discrimination fails, and only those who are at grips with things themselves are impervious to it.

We end up with an imperial presidency? Parliamentary action is becoming notoriously ineffective. In America certainly the concentration of power in the Executive is out of all proportion either to the intentions of the Fathers or to the orthodox theory of representative government. … The Executive is an elaborate hierarchy reaching to every part of the nation and to all parts of the world. It has an independent machinery, fallible and not too trustworthy, of course, but nevertheless a machinery of intelligence. It can be informed and it can act, whereas Congress is not informed and cannot act.

So we’re supposed to put our trust in a leader, but does that leader tend to be a follower of others? With exceptions so rare they are regarded as miracles of nature, successful democratic politicians are insecure and intimidated men. They advance politically only as they placate, appease, bribe, seduce, bamboozle, or otherwise manage to manipulate the demanding and threatening elements in their constituencies. The decisive consideration is not whether the proposition is good but whether it is popular—not whether it will work well and prove itself but whether the active talking constituents like it immediately.

Sounds like a recipe for anxiety? We are unsettled to the very roots of our being. There isn’t a human relation, whether of parent and child, husband and wife, worker and employer, that doesn’t move in a strange direction. We don't know how to behave when personal contact and eternal authority have disappeared. There are no precedents to guide us, no wisdom that wasn’t made for a simpler age. We have changed our environment faster than we can change ourselves. 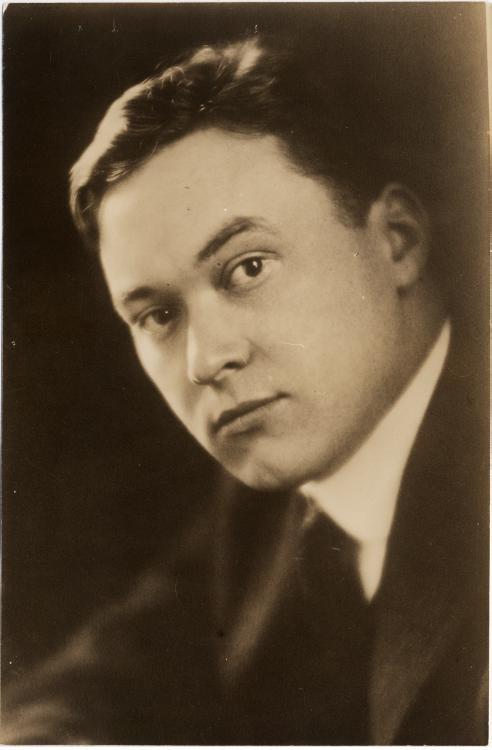